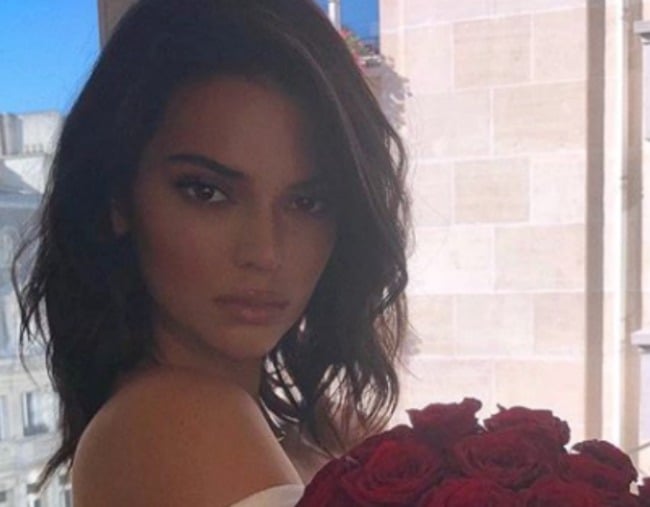 In the 1944 film Gaslight, a husband tries to convince his wife and those around her that she is insane.

To make her feel crazy, the man makes small changes to the environment, and when his wife notices them, he tells her she’s just seeing things. The title of the film stems from the scenes in which the gaslights in the couple’s home flicker, and when the woman reacts, her husband insists she’s delusional.

These subtle tactics ultimately cause the woman to doubt her own perception of reality, and question her sanity.

Today, I am the woman in the movie, and the gaslight is Kendall Jenner’s face. Let me explain.

Unlike most beautiful 22-year-old women on Instagram, however, most of us have been familiar with Kendall Jenner’s face for over a decade. And in recent photos, more than ever, it looks very different to the one we’re used to.

Her lips are larger, her nose is smaller, and her cheekbones are more angular. Some of those changes might very well be down to growing up, but as a fellow thin-lipped lady, this is the hill I’m willing to die on: no one’s lips go from small to huge over the course of your late teens to early twenties. It just does not happen.

You also can’t over line very thin lips into very thick ones. You can make small changes, yes, but there’s only so much you can do with makeup.

Of course, it's absolutely fine if Kendall Jenner has had her lips done.

Deep on Internet gossip forums, people have assumed she's been getting them done since her mid-teens, just like her younger sister Kylie, albeit to a lesser extent. I'm sure a majority of people who grow up in the public eye, and especially those who have been on one of the world's most popular reality TV franchises since before they hit puberty, undergo cosmetic procedures. The scrutiny placed on your physical appearance must be more than I can even imagine.

My problem is not that people like Kendall Jenner have work done on their faces. My problem is when I'm told they haven't.

Because if the existence of unattainable beauty standards wasn't hard enough on women - blatant lies about how people look makes our ability to interrogate these standards even harder. Women's lips don't magically become significantly larger over time, and acknowledging this isn't a criticism or an attack. It's a fact. So when we're told we're not seeing what we're objectively seeing, this is not a feminist act in letting women own their bodies. It's straight up gaslighting.

In January last year, after a series of photos were released of Kendall with noticeably larger lips, she fiercely denied plastic surgery rumours.

"I LOVED my makeup. I never say this, but I just felt so pretty," Kendall wrote in a blog post. "All of a sudden, photos of us came out with headlines like, 'OMG Kendall got her lips done and got full facial reconstruction - look at her cheekbones, look at her nose!'"

She wrote that, as a model, she would never get work done. "It's all so exhausting," she wrote. "As a model, why would I have my face reconstructed? It doesn't even make sense."

Earlier this year, when a follower commented on a photo of Kendall Jenner and Bella Hadid on Hadid's Instagram, accusing them both of having cosmetic enhancements, Hadid replied: "jealousy is a cry for help that I wish I could help you with".

It's a particularly frustrating celebrity trend, and we've seen it time and time again.

When Kylie Jenner originally had lip fillers, noticeably transforming her appearance, she denied their existence for months.

At the time of the below right photo, she had publicly stated she hadn't had any cosmetic procedures, and was simply over lining her lips.

"I pout them a lot," she told E! at the time. "I love lip liner and over lining my lips. But I don't even care anymore. I'm like whatever, just say whatever you want."

Of course, months later she admitted she had been getting lip fillers (conveniently, the announcement came on an episode of Keeping Up With The Kardashians), and wished she had told the truth sooner.

"What if I came out and said, 'Oh, yeah, I got my lips done'? What are all those moms going to think about me?" she told Complex of her thought process around publicly discussing her lip fillers.

"These kids, my fans, they're going to think I'm crazy. I didn't want to be a bad influence. I didn't want people to think you had to get your lips done to feel good about yourself. But they thought it was crazier that I was lying about it because it was so obvious. I wish I had just been honest and up-front."

It seems ridiculous in hindsight. That we weren't allowed to look at the images above and acknowledge that one of the objective physical features of the woman photographed was markedly different.

Often, women's media is stuck between wanting to document and talk about celebrities' cosmetic procedures, and wanting to spread the message that your body is your own - to do with as you please.

The conversation we're not having, however, is about how it feels to be gaslighted by some of the most famous women in the world.

When your looks are your currency, to the point where you have one of the most recognisable faces of 2018, you can't publicly deny objective changes to your appearance. Doing so is an act of making girls and women question their own sense of reality - because they're almost certain their features, and the features of the people around them, don't drastically change over time.

They're fairly sure the lips you're born with are the lips you tend to have for the rest of your life, but the message now appears to be: 'Your lips should be triple their size.'

'Nothing has changed about my appearance. I've always looked this way.'

'In fact, if you're talking about it, you're probably just jealous.'

If the relationship women have with the way they look wasn't problematic enough, this just further complicates it.

I don't mind if the gaslights flicker. Just don't make me feel crazy for noticing.

B
billy 4 years ago

i think it is frustrating. disclaimer she looks amazing, but its pretty annoying that she denies everything. the thing with kendall is for quite some time she has always subtly done everything, so that's why she's gotten away with it. recently its become quite jarring though especially when she smiles. and the girl got killer curves in the last year? who gets curves in their 20s lol? that is just not how puberty worked with my peers growing up. i just don't buy it. when you post the side by side photos you can tell she has had cheek fillers, lip fillers, eyebrow lift and a few nose jobs it seems. i think this is all fine in retrospect. she wanted to get into modeling world and i don't think she thought she had that striking model look, but she was able to afford these surgeries, so she did them and she got it made.

to answer your question though, i think it just isn't socially acceptable in the u.s. honestly and that's why they deny. I think they feel people will judge them and honestly those who do publicly admit do get a lot of shit for it. i dont think its meant to make the public look crazy. when i think of colombia or brazil they all openly talk about their surgeries like its nbd, but we haven't quite gotten there in the U.S. and im not sure if that's a good or bad thing honestly. i mean once kylie admitted to the lip fillers, everyone got them lol. will everyone get an eyebrow lift and cheek fillers once kendall admits to that?

B
billy 4 years ago

i don't know if i would call this gaslighting persay? but i do think it is frustrating so i get what you mean. disclaimer she looks amazing, but its pretty annoying that she denies everything. the thing with kendall is for quite some time she has always subtly done everything, so that's why she's gotten away with it. when you compare her to kylie and kim, of course she looks "natural." recently its become quite jarring though like she really can't deny it anymore honestly especially when she smiles. and the girl got killer curves in the last year? again, i don't buy it. when you post the side by side photos you can tell she has had cheek fillers, lip fillers, eyebrow lift and a few nose jobs it seems. i do also in addition to the lip fillers, think she overlines her lips though, but anyway i think all these cosmetic procedures are all fine in retrospect. she wanted to get into modeling world and she was able to afford these things, so she did them and she got it made.