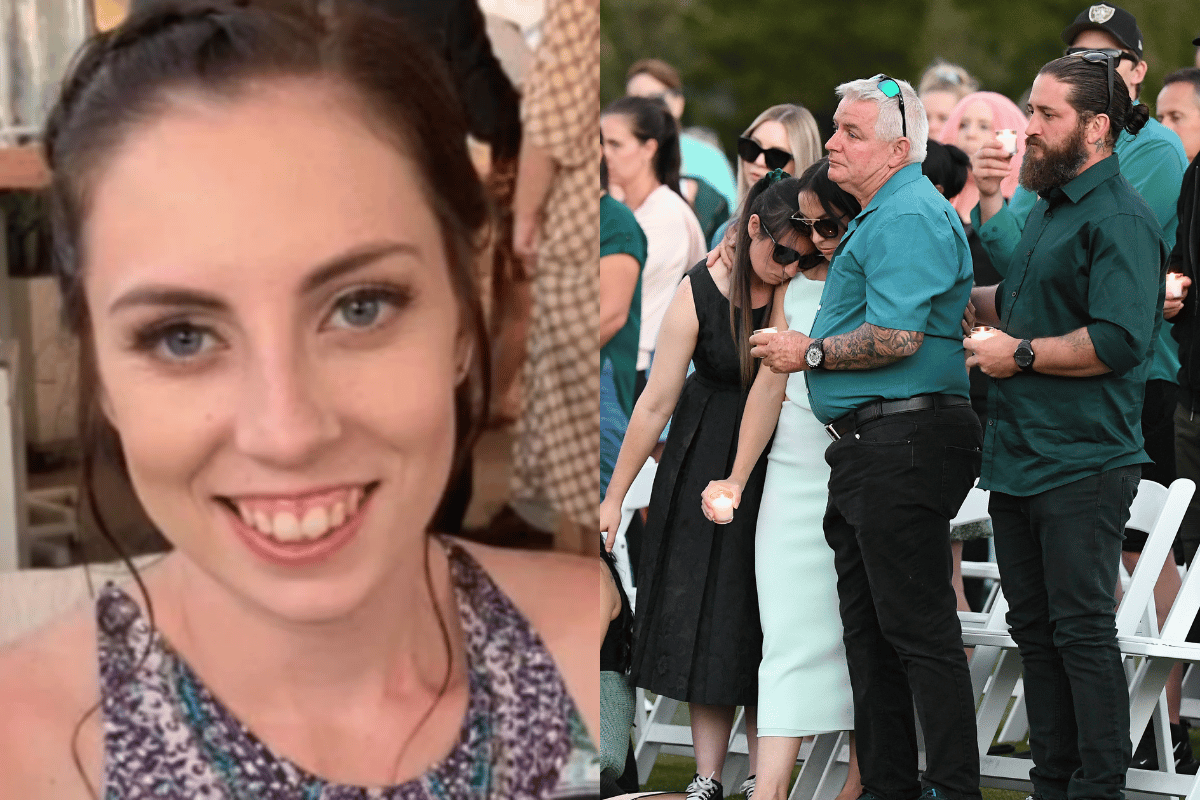 The following contains details of domestic abuse, which may be triggering for some readers.

Hundreds gathered in green to farewell mother-of-three Kelly Wilkinson on Monday evening, after her burned body was found in the backyard of her Gold Coast home last week.

The 27-year-old was found dead at her home in Arundel on Tuesday morning after neighbours raised the alarm when they heard shouting.

Police say Wilkinson’s three children, who are all under the age of nine, likely witnessed their mother's death. The children were absent from the vigil, which was held at Gold Coast Titans training oval.

Her estranged husband, 34-year-old Brian Earl Johnston, was arrested two blocks away from the property with burn injuries to his hands. He has since been charged with her murder, breaching a domestic violence order and breaching bail conditions for other serious charges.

On Monday, Wilkinson was remembered by her family as a "strong, fierce woman with an enormous heart".

In a statement, read out by Bonney MP Sam O’Connor at the vigil, her family wrote that "Kelly stood out as a protector and one who was never afraid to push boundaries".

"She had always said that being a mother was the best job in the world and loved nothing more than watching the kids play."

"She did not just touch the lives of those she met, her presence left a mark that can never be removed."

"Her family will always remember a young girl who could best the toughest of boys, who would walk away with broken bones as if they were scratches," the statement read.

"Kelly was one of a kind and there are no words that can describe how much she is missed and the hole she has left within our lives." 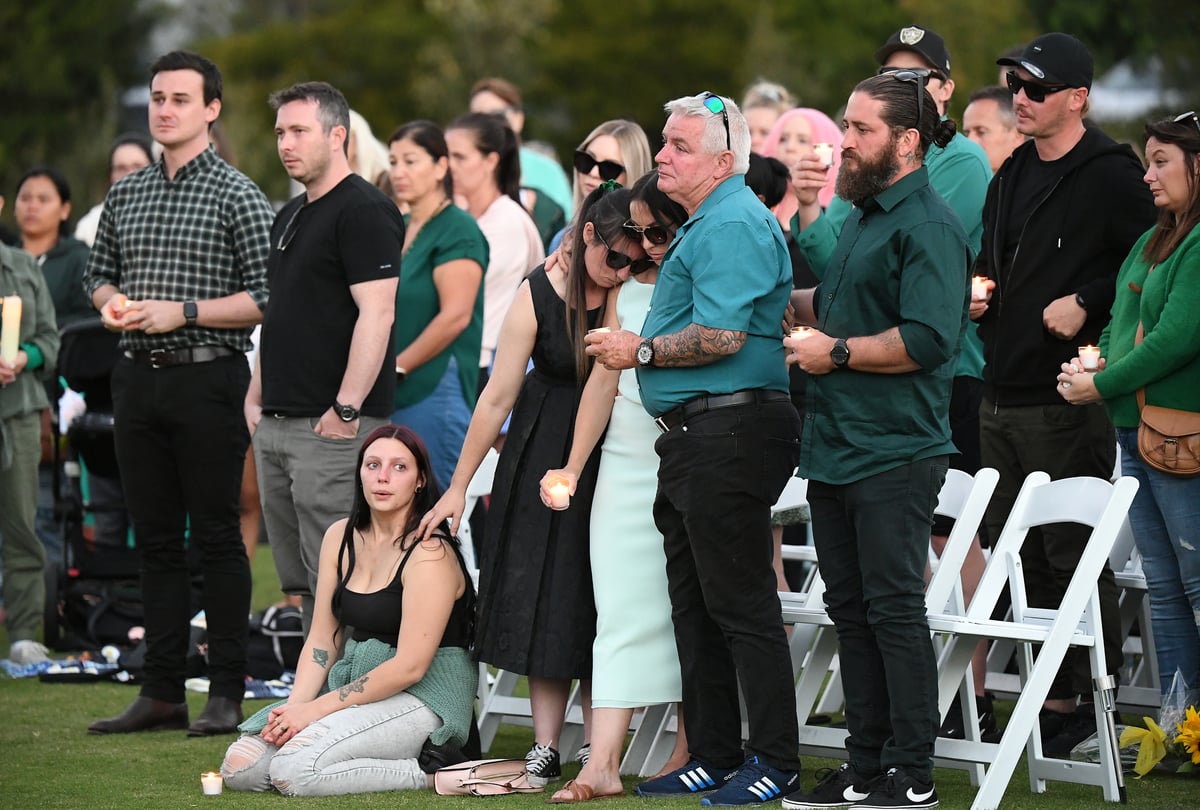 Speaking amongst a sea of green - which was worn as Wilkinson's favourite colour - O’Connor said there needs to be a change.

"I will make this commitment to you all: I will do everything I can to make sure this tragedy leads to change," he said. 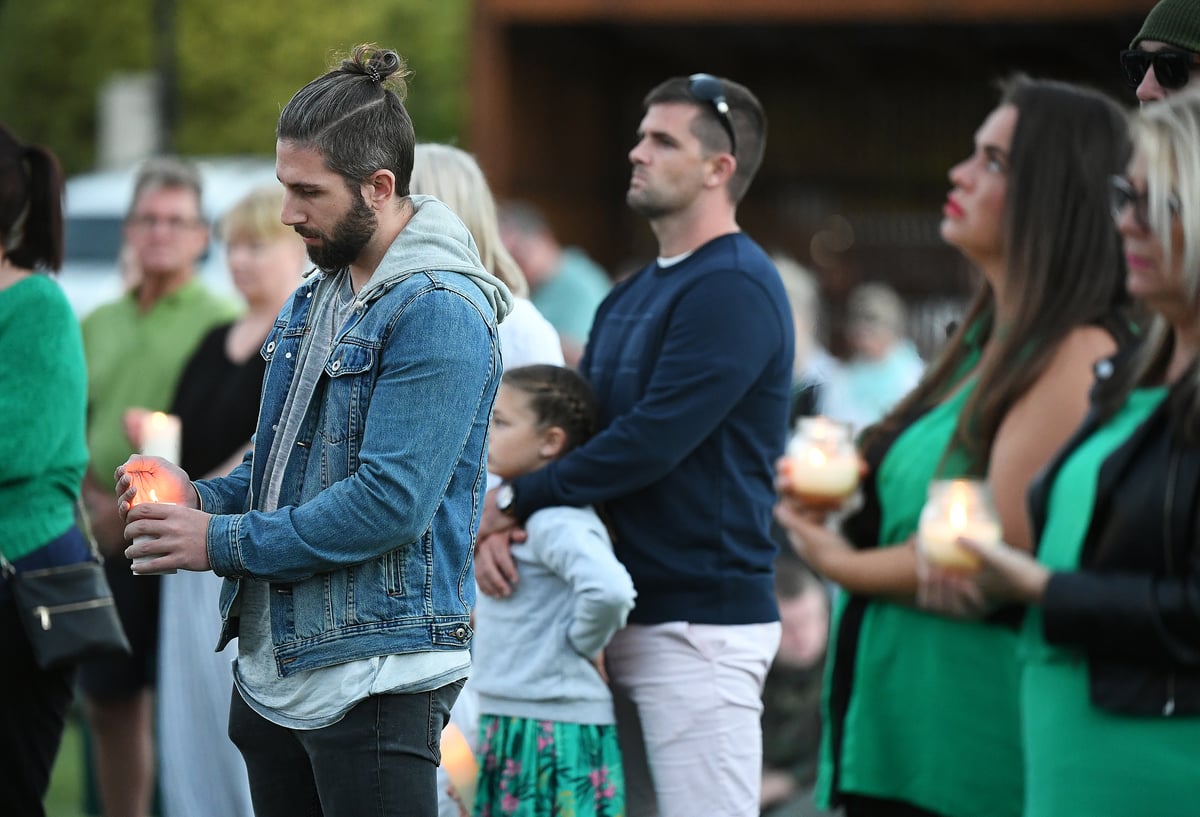 "You never expect this sort of thing to happen in your own area, and a lot of people are feeling this over the last week," he shared.

"It’s triggered a lot of people’s own experiences... it’s everyone from mums who used to walk their kids to school with Kelly, to parents who might have had kids in the same class, to people who live in that area who know it as a quiet family area. They really are shocked by this tragedy."

O'Connor went on to say that "there’s clearly an issue with domestic violence orders" and that the community "are absolutely shocked by the amount of contact she had with the police and with other service organisations and that this could still happen".

"We really need to fast-track those laws to criminalise coercive control," he said. 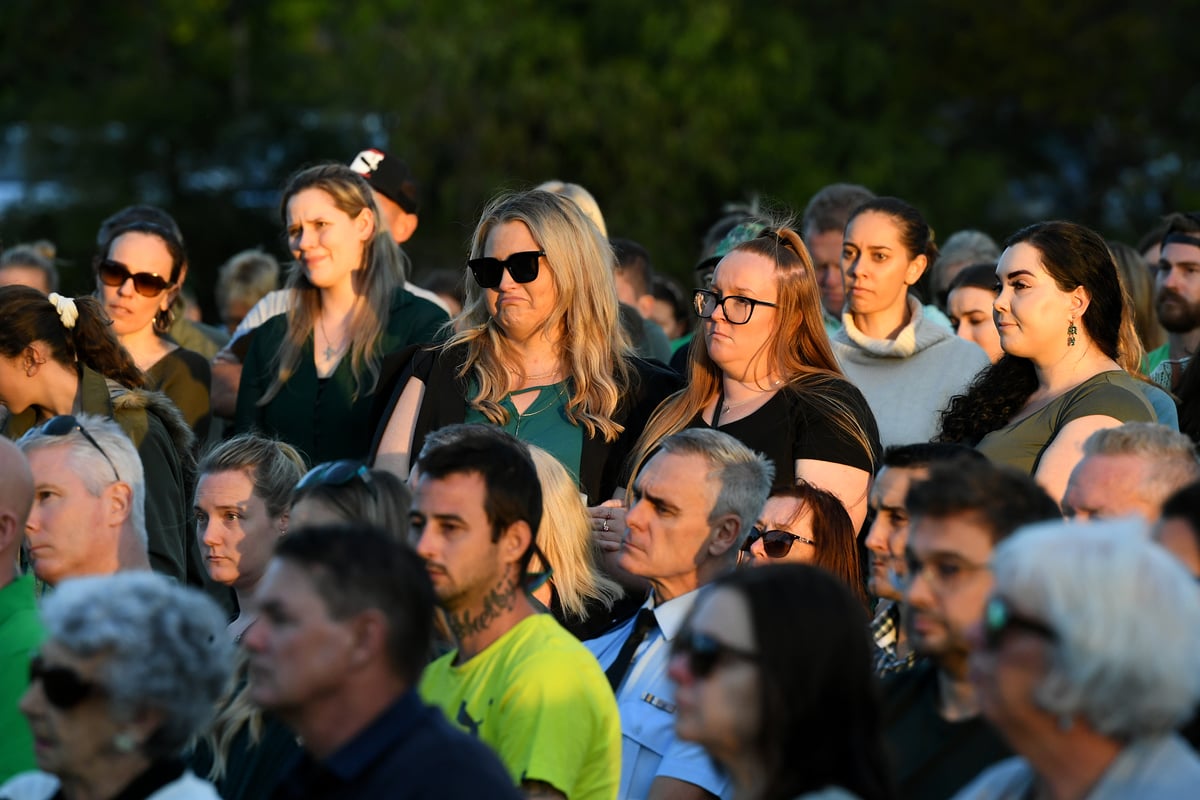 It comes after Queensland Police confirmed that Kelly Wilkinson repeatedly asked for help in the "weeks and months" before her death.

Her contact with the police is set to be forensically examined in a series of upcoming reviews and investigations.

Wilkinson's family have since set up a GoFundMe page to support her children and help with funeral costs, which has already raised over $200,000.