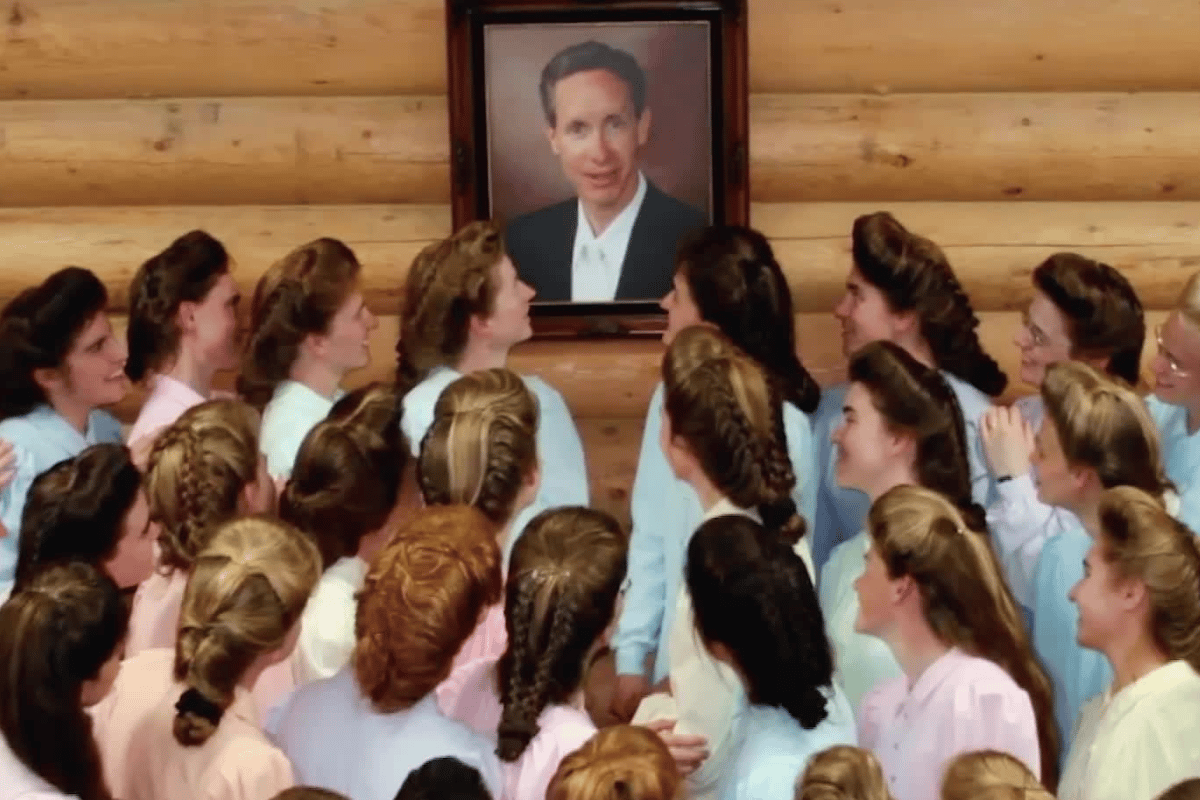 This post deals with domestic violence, sexual assault, and child sexual abuse and might be triggering for some readers.

In September 2002, Warren Jeffs began his reign of terror.

As the 'Prophet' of the Fundamentalist Church of Jesus Christ of Latter-Day Saints (FLDS), Jeffs was a man who used his 'God status' to intimidate, brainwash and manipulate thousands of religious followers into following his every command.

And for years, he got away with it.

It wasn't until a girl, who Jeffs had forced to marry her first cousin when she was 14, found the courage to speak up that investigators were able to arrest and convict Jeffs, who was one of the FBI's 10 most wanted fugitives.

Netflix's docuseries Keep Sweet: Pray and Obey unpacks this story in detail, painting a sobering picture of the criminal acts that took place in the FLDS Church.

Behind the FLDS and Warren Jeffs' rise to leader.

Rulon Jeffs was the President of the Fundamentalist Church of Jesus Christ of Latter-Day Saints (FLDS).

The FLDS is a splinter sect of the Mormon Church, except that this denomination practices and encourages polygamy and all that comes with it. The exact number of members of the FLDS Church is unknown, although it is believed the church had on average 6,000 members, with its original headquarters in Short Creek, Arizona, and Utah.

When Rulon died in September 2002, one of his 65 children - Warren Jeffs - declared that he was now the President and Prophet.

When Rulon was at the helm, things already weren't good. But when Warren Jeffs rose to power, the futures of the women in the group became even more terrifying.

As soon as Jeffs became the Prophet, his sinister operation began.

He soon chose his wives, selecting for himself over 78 women. He even married some of the older women his dad Rulon had been married to and had children with - women who were considered to be Jeffs' mothers. This sparked a seed of doubt and concern in some of the members. But they couldn't do anything for fear of retribution.

"Fear drove the compliance. The fear of getting left out. The fear of not being good enough. And the fear of being that one person that took a different course than everybody else. Fear was a great driving force for the Warren Jeffs agenda," said former FLDS member Dowayne Barlow in Keep Sweet.

The rules became tougher. Fun became a sin word. No playing. No videos. Cutting off members from the outside world. Surveillance increased. Clothing restrictions for women were policed - no colour red, no denim, no showing skin, no prints, strict hairstyles, long underwear. The Church began controlling members' finances. And all doubters were threatened with "certain annihilation" in the afterlife and banishment.

Simply put: do not disobey the prophet. 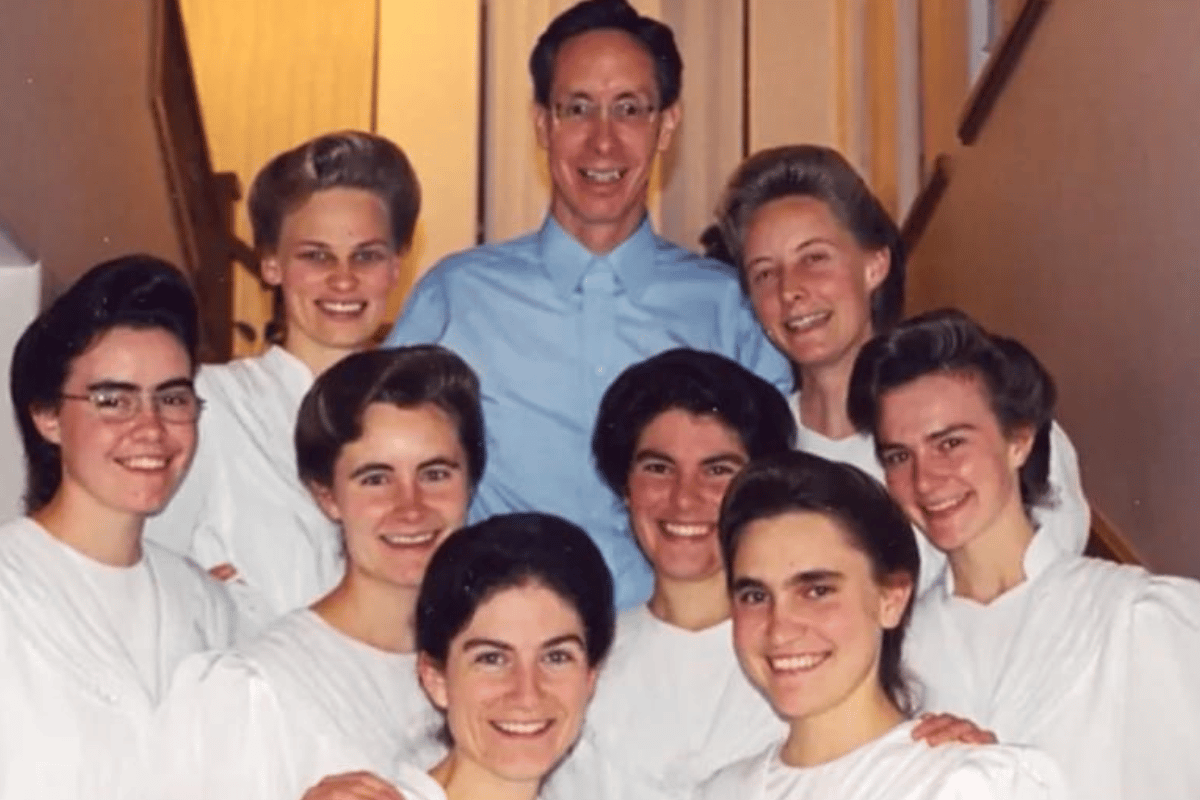 Young boys were also kicked out of the Church and left homeless on the streets. Jeffs married all the young girls to older men, making the younger boys "unnecessary". So he ostracised them completely from their families and kicked them out of the town, as the Church owned all the properties in Short Creek.

"He could do anything he wanted and get away with it. And he did. It was a cult. The girls were a commodity owned by the church," one person said in Keep Sweet: Pray and Obey.

The victims tell their stories.

Underage marriage became common. So did incest. And sadly, so did sexual assault.

Ruby Jessop was 14 when Jeffs married her off to her half-brother. During the marriage, Ruby said that her husband/half-brother violently sexually assaulted her repeatedly. It wasn't until years down the track that she escaped the abuse.

Elissa Wall was forced to marry her first cousin when she was only 14. Jeffs had arranged the marriage.

"He had been mean and rude to me my entire life. There was this feeling that I would get when I was around him: my skin would crawl. I didn't feel safe in his presence," Elissa said on Keep Sweet: Pray and Obey.

Elissa actually did what most women and girls didn't feel safe to do - she spoke up against the marriage prospect. She was defiant. Jeffs was immovable. So Elissa was forced to marry.

"The front of my wedding dress just got more and more soaked with tears. There was nothing but absolute devastation. Warren was performing the marriages," Elissa said.

Elissa also experienced mental and physical abuse and sexual assault. When she went to Jeffs begging for help, he said: "you need to go home and submit yourself - mind, body and soul - to your husband". 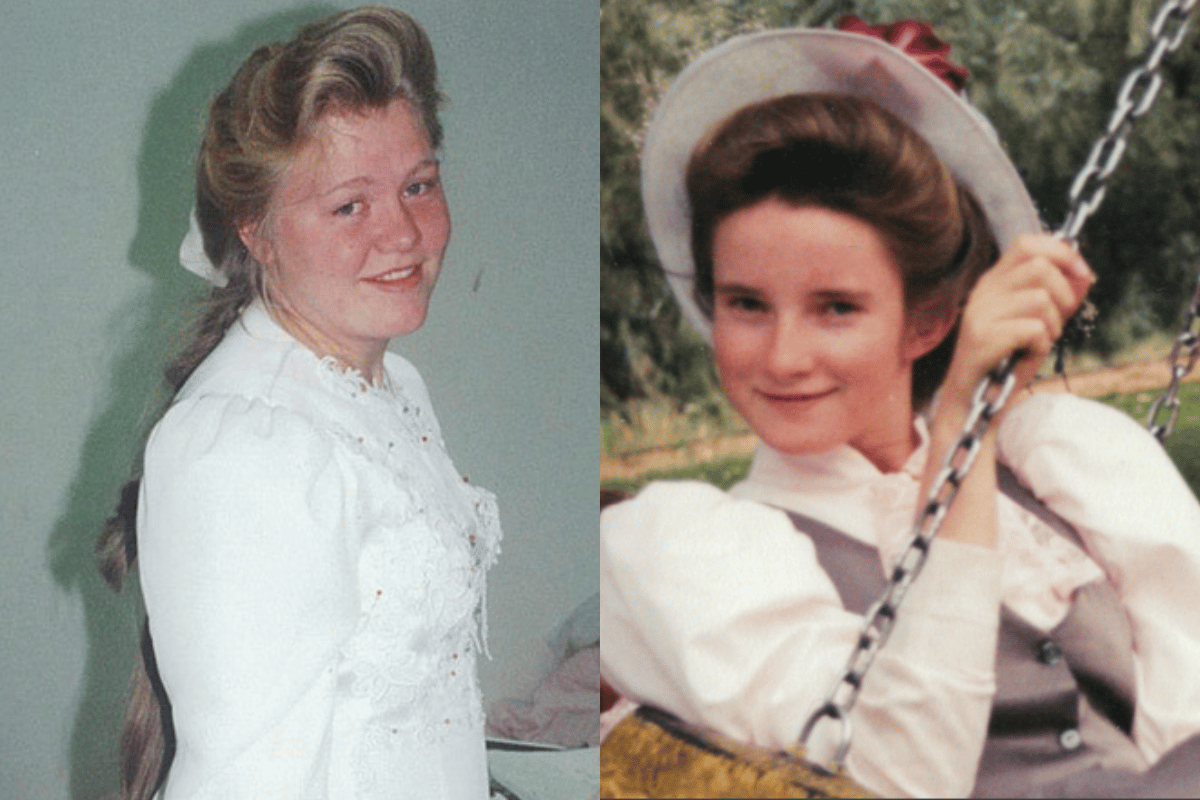 The takedown of Warren Jeffs.

By 2003, the heat on Jeffs was increasing. Law enforcement was looking into allegations and news reports of child brides and sexual abuse, and they knew Jeffs was the head of the snake.

So he went into hiding, built a new FLDS community called the 'Yearning for Zion Ranch' in West Texas, and tightened his control using cult-like practices. He expelled dozens of leading men in the Church, men who had the ability to stand up to Jeffs. They weren't able to say goodbye to their families, with Jeffs' dominance as a 'Prophet from God' terrifying them.

The women left behind were even more isolated than before.

Jeffs married his youngest wife. She was 12 years old. He then proceeded to sexually assault her. Jeffs made some of his other wives watch on. Reportedly, he made an audio recording of the event, which was later played out in court proceedings. He was  also alleged to have sexually assaulted his nephews, son, half sister, and daughter during his time in the FLDS.

In 2006, Jeffs was put on the FBI's 'Ten Most Wanted Fugitives' list. It was Elissa Wall who had blown the whistle and given investigators the information they needed to strike.

Months later, he was arrested during a routine traffic stop in Las Vegas, where police found multiple disguises in the car. The Ranch, however, was not raided for another two years, when 439 children were removed and placed under the care of child protection services. They discovered significant evidence of sexual, physical and psychological abuse of the religious followers.

In 2007 and 2008 respectively, Jeffs was convicted on two 'accomplice to sexual assault' charges but these were later overturned due to the victims opting out of testifying in court.

Then in 2011, he was convicted again on two counts of sexual assault and sentenced to life in prison. To this day, he remains incarcerated and will not be eligible for parole until 2038, at which point he will be 83 years old.

Jeffs is still considered by many in the FLDS as the Prophet, and the congregation - or whatever and whoever is left of it - still operates to this day, and continues to argue Jeffs' innocence. His sermons still get leaked from prison and he receives numerous visitors from the religious followers still hanging off his every word. 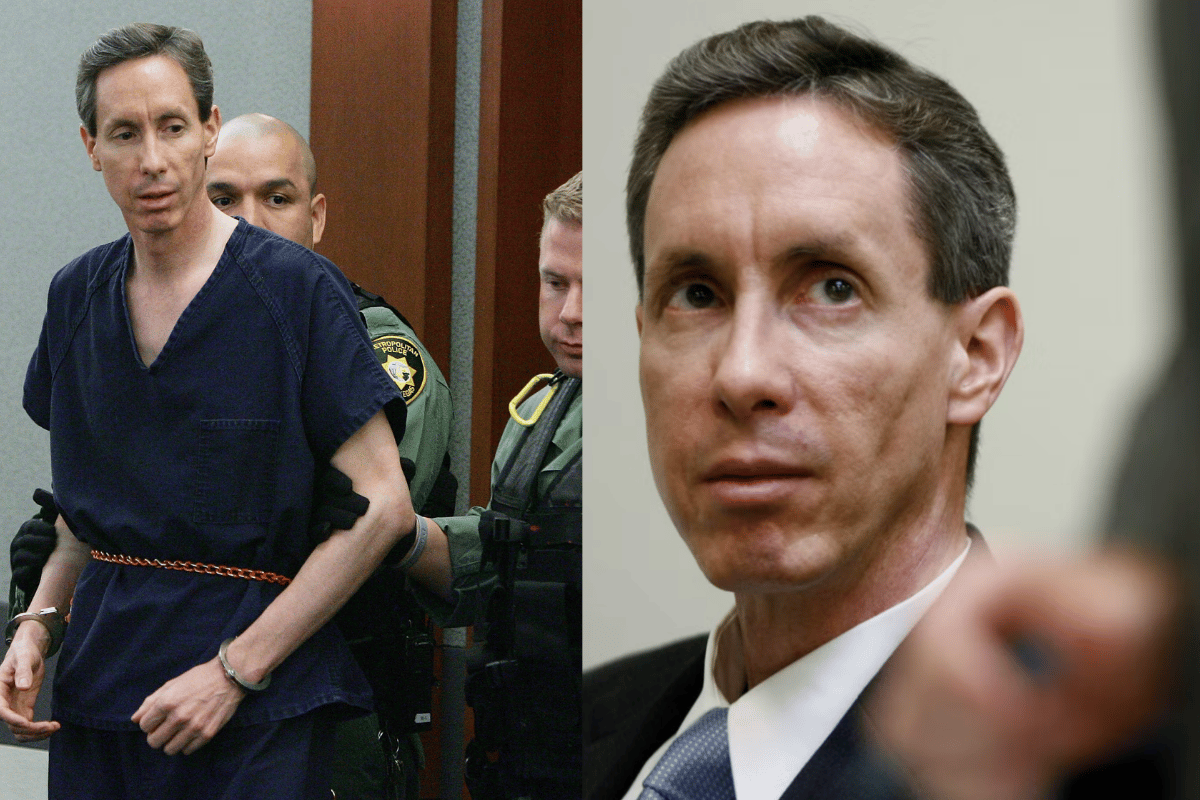 "It was so much bigger than Warren and just me," Elissa said on Keep Sweet: Pray and Obey. "The irony and the beauty of it is that women in a society like the FLDS are second-class citizens. And yet it's women that stood up to that man."

Elissa she knew she couldn't completely bring down the FLDS. When Jeffs went to prison, where he remains now, he became "a martyr". With his presence only on the phone, his voice became seen as 'the voice of God' for some of those still indoctrinated in the FLDS.

"They were cultivated from birth to believe what they believe. Warren has been releasing revelations he has 'received' in prison. There are still thousands and thousands of FLDS members. Every single family in the FLDS, they all have family members they haven't seen for years," one former member said in the docuseries.

Ruby Jessop said: "At this point I have no idea where my mother is. They've taken her and they don't want any of her children who have left the church to know where she is at."

As for Elissa, her mother remains in the FLDS today.

"She still very much subscribes to Warren as the Prophet. And I don't know if that will ever change in this life for her. Those of us that are coming from the fallout of the FLDS, at some point, we have to move forward. The next generation depends on it. But it's very complicated. So many of us are still functioning under the shadow of the past. I thought I was further along than I was and then you have moments. But we were bigger than Warren."

Keep Sweet: Pray and Obey is streaming on Netflix now.

If you are concerned about the welfare of a child, you can get advice from the Child Abuse Protection Hotline by calling 1800 688 009, or visiting this website. You can also call the 24-hour Child Abuse Report Line (131 478).