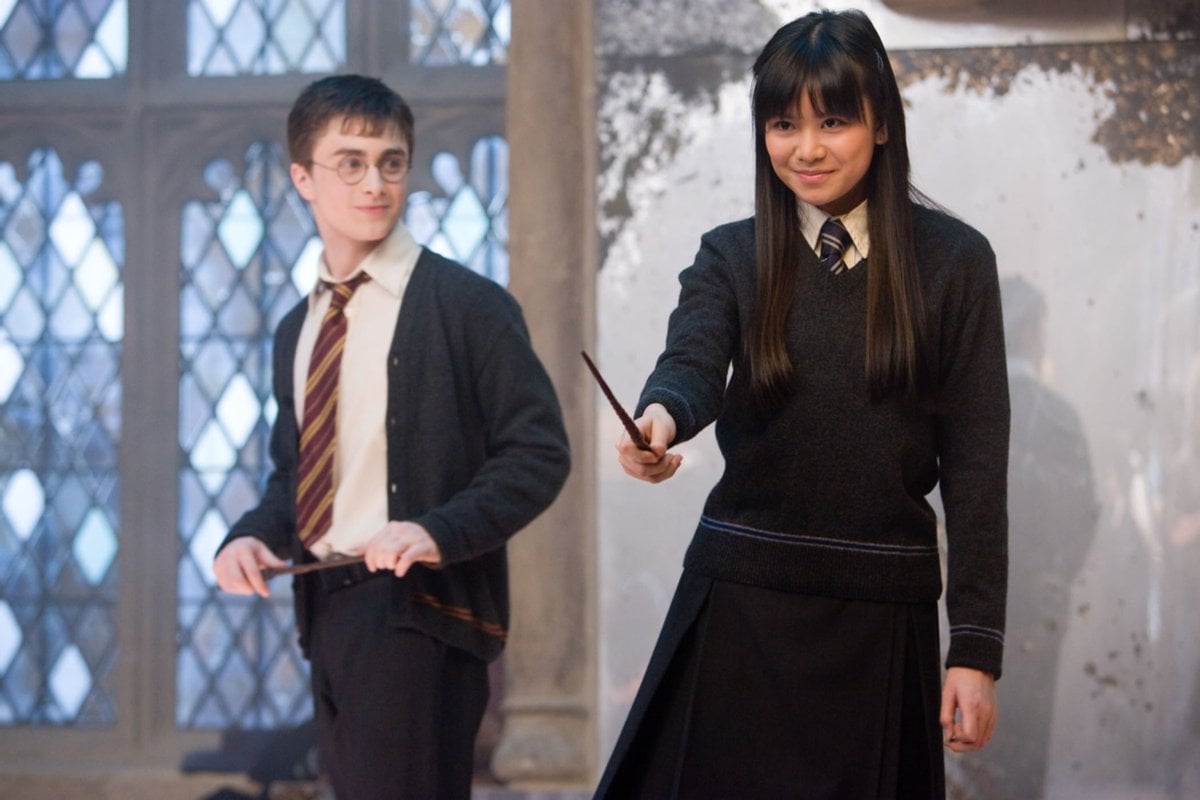 Katie Leung was 16 years old when she scored the role of Harry Potter's first crush, Cho Chang, in Harry Potter and the Goblet of Fire.

"Of course, I was grateful," the now 33-year-old shared on the Chinese Chippy Girl podcast this week.

"I was really very f**king grateful that I was in the position I was in, but then, yeah... it wasn't great."

When Leung was cast as Cho Chang in 2005, she became the target of racist abuse from the franchise's fans.

Speaking to the Chinese Chippy Girl podcast, Leung shared that the abuse first began after the news of her casting was leaked to the press.

"It had got to the papers and then someone secretly took a photo of me," she said.

"I just broke down. I just started crying."

Leung, a Scottish-born actor of Chinese descent, appeared in five of the eight Harry Potter films between 2005 and 2011 after beating more than 3,000 hopefuls.

Amid her time on the franchise, Leung reportedly discovered entire websites dedicated to bullying her.

"I was, like, Googling myself at one point and I was on this website, which was kind of dedicated to the Harry Potter fandom, and I remember reading all the comments. It was a lot of racist sh*t," she shared.

"Somebody had actually created a website — a hate site. It was like, if you disagree with this casting, then click on this button and then it would just be like a count of how many people disagreed with the casting and you would just see a number," she added. 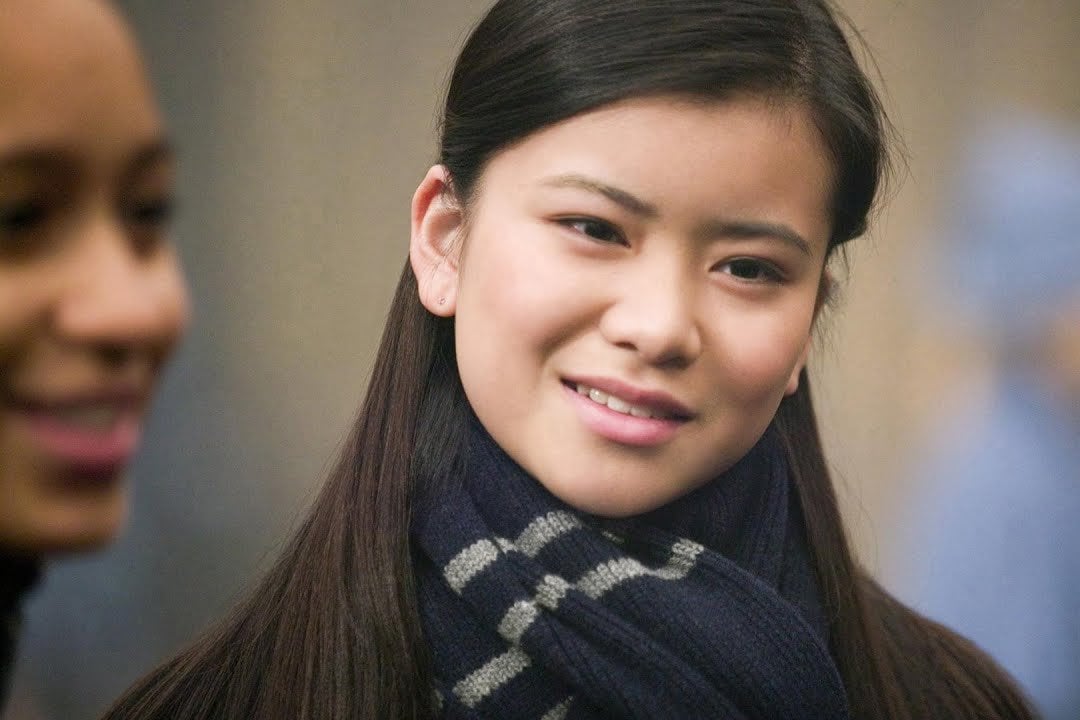 Following her discovery of the site, Leung approached a publicist for guidance on how to deal with the abuse.

"I remember them saying to me, 'Oh look, Katie, we haven't seen these websites that people are talking about. And if you get asked, then just say it's not true. Say it's not happening,'" Leung recalled.

"And I just nodded my head. I was like, 'okay, okay,' even though I had seen it myself with my own eyes. I was like, 'Okay, yeah, I'll just say everything's great,'" she continued.

"During that time, it was the kind of rise of the internet and fandoms and all that sort of stuff. Because I'm 16 and a teenager, I care what people think as it is in school, never mind what the whole world thinks. There was a lot of pressure there. I was so caught up in caring about what people thought of me."

Since the Harry Potter franchise wrapped up in 2011, Leung has gone on to appear in TV shows including White Dragon, The Nest, and Roadkill.

Speaking to Scotland's The Herald in 2016, the actor shared that she's proud of how she handled the abuse she faced from Harry Potter fans.

"I look back and I’m pretty impressed with how I did handle it," she said.

"I was being judged purely on my looks because she [Cho Chang] is supposed to be a very beautiful girl. This all happened before the films even came out. I thought, 'Well, I can’t do anything about the way I look, so I’m going to need to do the best acting to make up for it.'"

The Harry Potter franchise isn't a stranger to controversy.

Author J. K. Rowling has received criticism in the past for her of character Cho Chang, with critics claiming the character itself was a stereotyped and inaccurate portrayal of a Chinese woman.

even the character itself is problematic tbh.
Cho Chang is supposed to be Chinese, but then her name is contained two Korean surnames. and of course, she's from Ravenclaw, where the clever kids stay. that's how you put Asian character, right?
the stereotypes game is strong. https://t.co/hZWyHI0g7U

The author also has a long history of making trans-phobic comments.

In 2017, Rowling hit the 'like' button on a tweet directing to a Medium article that claimed cisgender women are scared of sharing female-designated spaces with trans women.

Then, in 2019, she tweeted her support for Maya Forstater, a British woman who was sacked for tweeting anti-trans statements, including "men cannot change into women".

And on June 7, 2020, the author retweeted an article to her 14.5 million followers titled, "Creating a more equal post-COVID-19 world for people who menstruate".

"'People who menstruate,'" she commented. "I'm sure there used to be a word for those people. Someone help me out. Wumben? Wimpund? Woomud?"

‘People who menstruate.’ I’m sure there used to be a word for those people. Someone help me out. Wumben? Wimpund? Woomud?

The comment, in the eyes of many trans people and advocates, entirely erased the experience of trans and non-binary people.

At the time, Katie Leung responded to the controversy by sharing links to a number of trans organisations on Twitter.

So, you want my thoughts on Cho Chang? Okay, here goes...(thread)