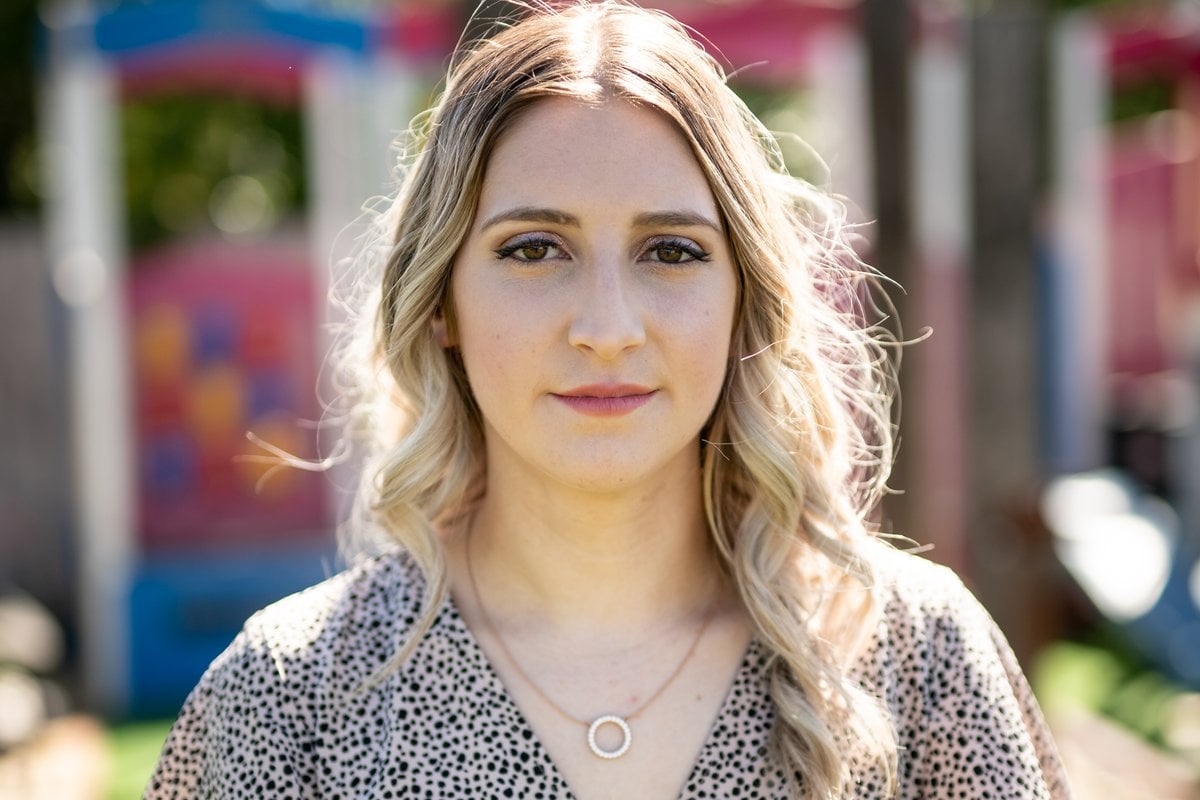 In Australia, on average, one woman a week is killed by a current or former partner.

It's a sobering statistic — and one that has affected the lives of thousands of everyday Australians.

Now, a new SBS documentary, See What You Made Me Do, is drawing attention to Australia's domestic abuse epidemic.

Hosted by investigative journalist Jess Hill, and inspired by her award-winning book of the same name, the three-part series will give a voice to domestic abuse survivors, as well as the traumatised families left behind in the face of domestic violence.

Watch a clip from SBS documentary series See What You Made Me Do below. (Warning: The following clip deals with domestic abuse and might be triggering for some viewers.)

In the series, Hill meets the family of Katie Haley, a 29-year-old mother-of-two who was killed by her partner of four years, Shane Robertson, at their home in Diggers Rest, Melbourne, in 2018. (Robertson was later sentenced to 24 years in jail in 2019.)

Speaking to Mamamia amid the documentary's release, Bianca Unwin remembered her older sister, Katie, as being "larger than life".

"She was our little big sister, because she was the smallest out of all of us," Bianca recalled.

"She was the tiniest, shortest, most petite person, but her personality was just larger than life. You just knew when she was around, and she made everything so fun."

To Katie's parents and siblings, her relationship with Robertson initially seemed "really happy".

"In the early stages, from our perception and what we witnessed... there was a lot of laughter and a lot of fun [in their relationship]," Bianca told Mamamia.

"We had commented at the time that it was the happiest that we had seen her."

But three years later, after Katie's second child was born, there was a sudden shift in the relationship. 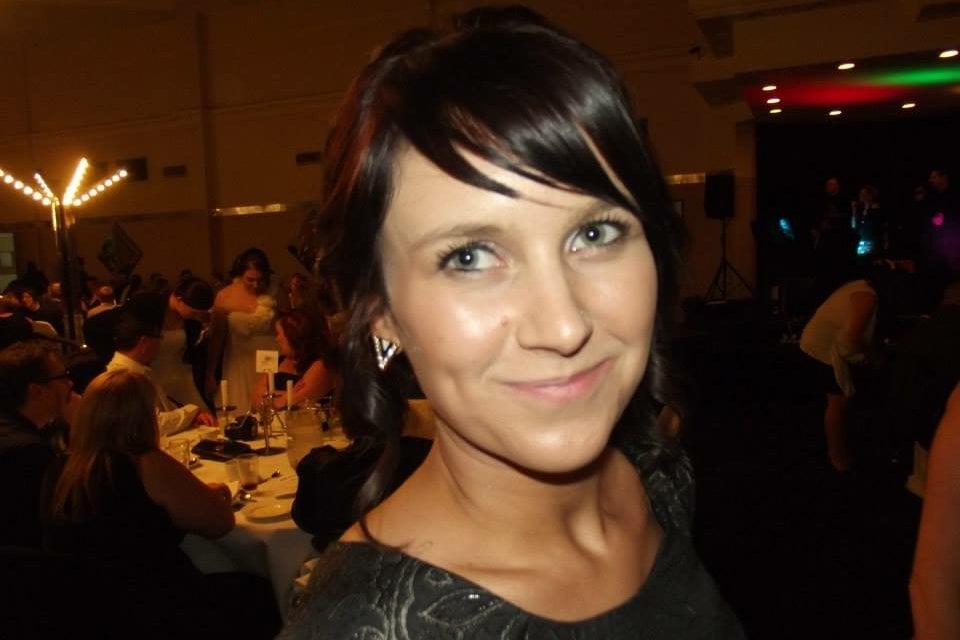 "I sensed a lot of jealousy from her partner in relation to their own child and the attention that was being given to that child. That was the first kind of shift in their relationship," Bianca recalled.

"She also had to give up her job as a hairdresser in order to raise her child and everything, so I ended up getting her a job at my local work, which was a family pub. But he did not like that at all," she added.

"That's when the jealousy and the possessiveness really kicked in."

In the months that followed, Katie's partner gradually began stalking her social media accounts, constantly calling and messaging her, and even creating fake Facebook profiles to try to get information about her, as he was convinced that she was cheating on him.

"The first sign was the constant calling and texting as well as the monitoring of her social media. [He always knew] when she was 'active' on Facebook, or he would be looking at her Snapchat location," Bianca said.

"[When] she was at our house, the phone would just not stop. It would be constantly ringing. And there were times when she would be coming into work and she would have to be on the phone to him when she walked into work, and then the moment she finished work, she'd have to call him or else he would know," she continued.

"And then there was the constant belittling of her social media. He would accuse her of not loving him because she was posting pictures of the children [on Facebook]."

Bianca also recalled that she was once "forbidden" from visiting her sister's home. 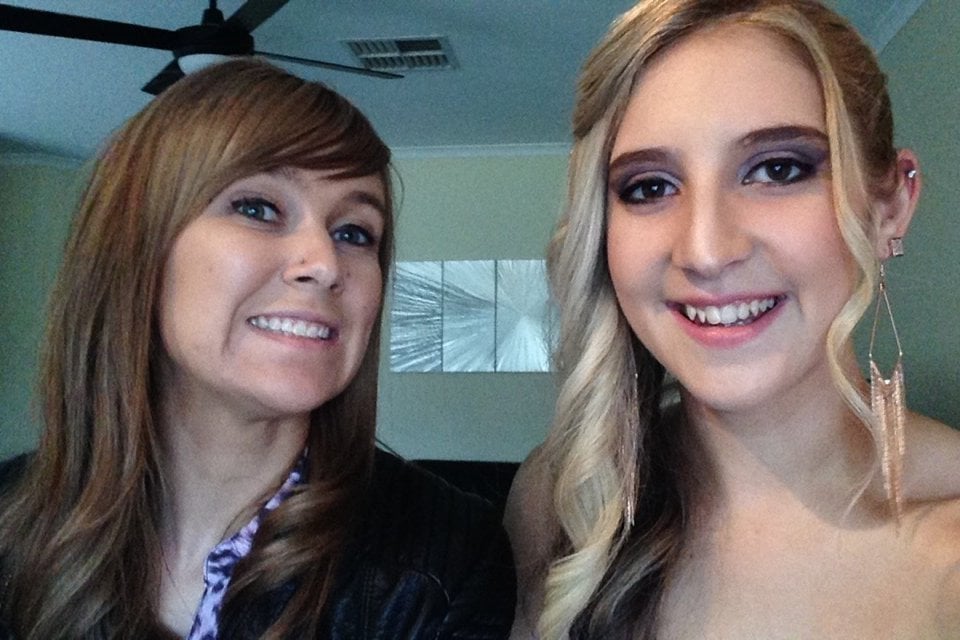 "I was even forbidden from going to their house, because he had an issue with me because he couldn't control what I was saying."

Although Katie's family were aware of her partner's controlling behaviour, Bianca told Mamamia they "didn't see it as being as sinister as it turned out to be".

"[Katie] was a very private person. She didn't go out of her way to tell us [about his behaviour]. But we knew, to an extent, what was going on. On the day that she died, my mum had even said to her, 'This is the worst boyfriend you've ever had.' So, the conversations were had. We did try to encourage her to leave, but [his behaviour] was put down to... immaturity and jealousy. It was never seen as something that could translate into murder, which is the scariest part of it," she said.

Bianca said she wants the wider community to learn more about surveillance and the other signs of coercive control and domestic abuse.

"At the moment, this is considered an issue that happens behind closed doors. And unlike physical violence, you don't get to see any of the marks that are left behind or the emotional strain that it has on a person," she said.

"We are losing so many people to domestic abuse, and coercive control is domestic abuse. It's the number one priority in trying to reduce those numbers and protect people," she continued.

"The whole attitude towards this issue needs to change. Whenever conversations are brought up about violence against women or even children there's always that mentality of, 'What about men? What about this person? What about that person?' It really detracts from the issue at hand.

"I think that's why doing this documentary and speaking out about it and sharing the signs is going to try to help people to change their attitudes."

See What You Made Me Do premieres 8:30pm Wednesday 5 May on SBS, NITV and SBS On Demand. The series airs over three weeks.