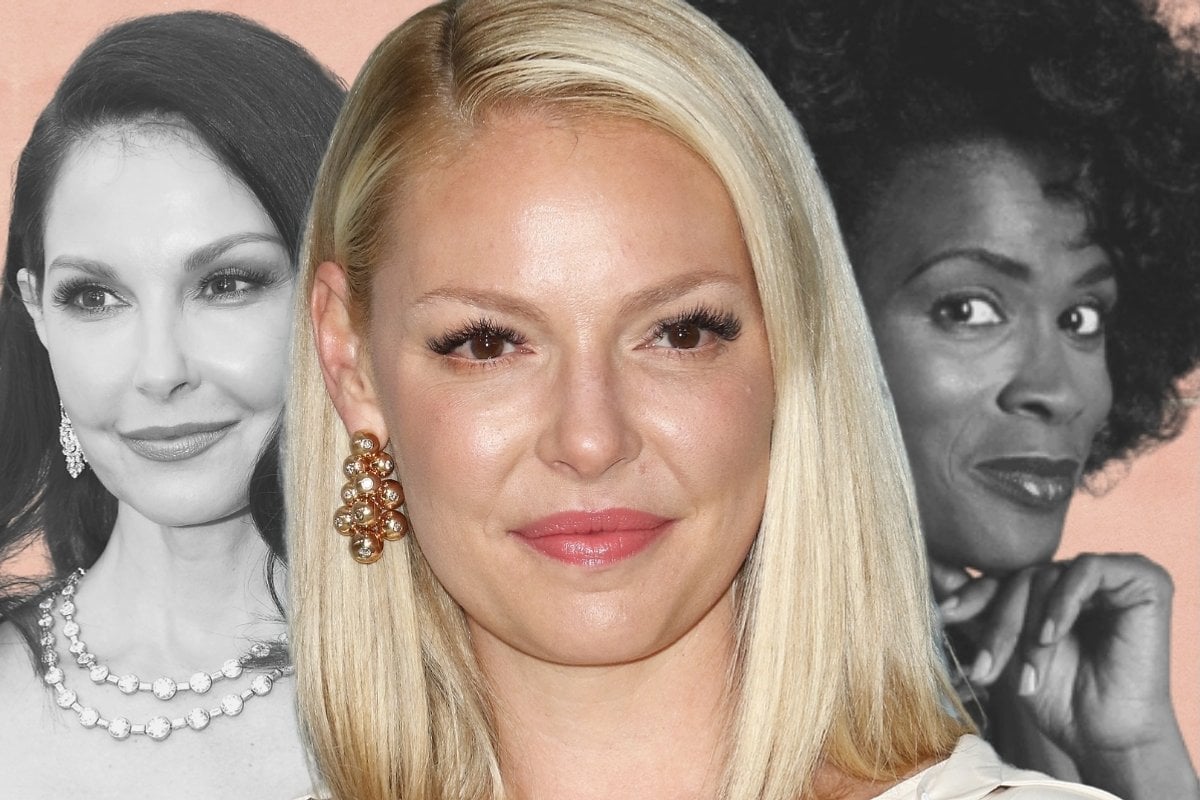 There are lists — lots of them — cataloguing the rumoured offences of Hollywood stars. One of the top results presents allegations that certain famous men yelled and swore at, fought with and even sexually assaulted their co-stars. The women rated among them? Well, you know, they were "diva-like", "demanding", and "honest".

The name 'Katherine Heigl' ranks high on many of these inane inventories.

Watch: Katherine Heigl on being labelled a 'rude', 'difficult' diva. Post continues below.

The actor, who earned fame and an Emmy with the hugely popular medical drama Grey's Anatomy, was publicly lumped with the "difficult" label back in the late naughts after she dared to publicly criticise the projects that made her famous.

Speaking to The Washington Post in January, the 42-year-old said that, at the time, the subsequent backlash from the public and the industry dragged her into a dark and deeply anxious place.

"I asked my mum and my husband to find me somewhere to go that could help me because I felt like I would rather be dead," she said. "I didn't realise how much anxiety I was living with until I got so bad that I had to really seek help. You can do a lot of inner soul work, but I'm a big fan of [antidepressant] Zoloft."

It all started when she expressed her disappointment in her 2007 film, Knocked Up.

The Judd Apatow comedy saw Heigl play a woman who falls pregnant courtesy of a one-night stand. And in an interview with Vanity Fair the year after the film's release, she conceded that it "paints the women as shrews, as humourless and uptight, and it paints the men as lovable, goofy, fun-loving guys."

"It exaggerated the characters, and I had a hard time with it, on some days," she said. "[I thought] I'm playing such a bitch. Why is she being such a killjoy? Why is this how you’re portraying women?'"

Apatow was wounded by the comments. "[You'd think] at some point I'll get a call saying, 'Sorry, I was tired...' and then the call never comes," he told The Howard Stern Show. 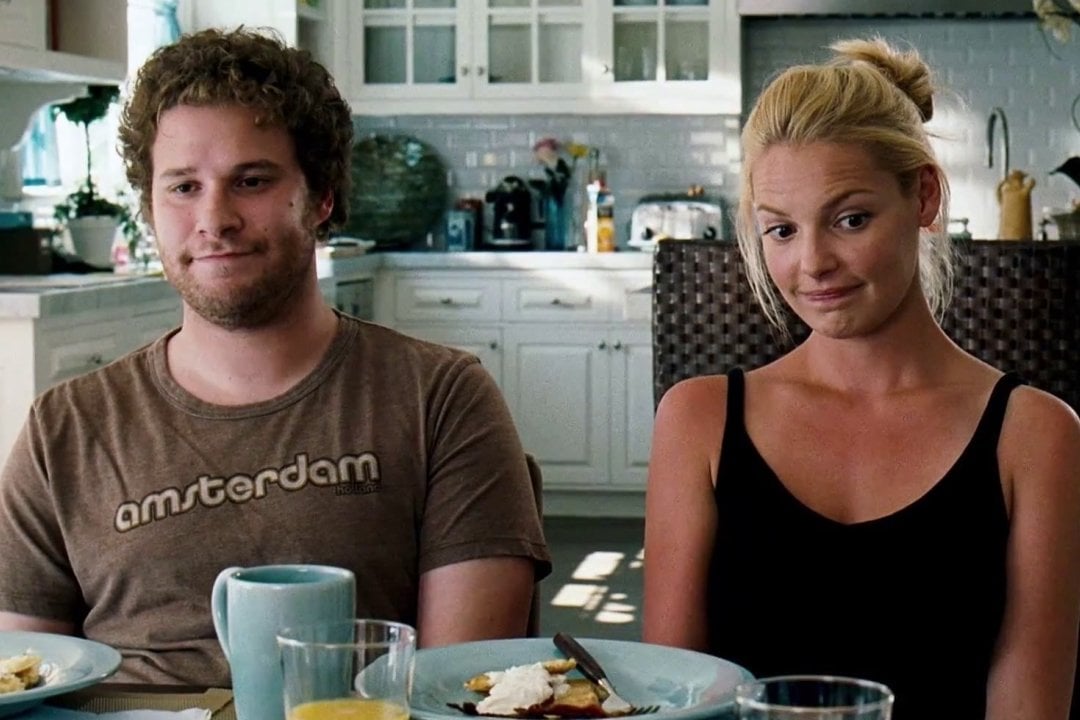 In 2009, Heigl was then released from her Grey's Anatomy contract despite her parts in Knocked Up and rom-com 27 Dresses making her its most visible star.

The exit followed a period of tension with the show's creators over contract negotiation (she reportedly asked for a pay rise to put herself on par with the show's lead, Ellen Pompeo), her criticism of working conditions (she said at least one shoot went for 17 hours), and that infamous Emmy's snub.

Heigl told The New York Times that she didn't submit herself for nomination in 2003 because: "I did not feel that I was given the material this season to warrant an Emmy nomination and in an effort to maintain the integrity of the academy organisation, I withdrew my name from contention."

And with that, her reputation was forged, the job offers faded and her name was added to the lists.

When a reputation becomes a weapon.

For women, "difficult" is a reputation easily earned but hard to shift. A tool of subjugation used against generations of professionals who have dared to assert their agency.

In an industry like show business — one in which men have controlled the companies, the money and the casting couches since the beginning, and where reputations sell magazines and end careers — it's particularly fraught.

This is not to say that women in Hollywood are incapable of rudeness or cruelty or unprofessionalism. Some of the accusations against high-profile women are likely to be true. But the threshold for being 'difficult' is far lower and the consequences far higher.

Their male equivalents often have their behaviour diagnosed as a symptom of their creativity; they are the tortured, tormented artist (think Daniel Day-Lewis demanding to be carried around the My Left Foot set in a wheelchair in the name of method acting). And even if they don't fit that mould, they are often unimpeachable by virtue of their talent (think Russell Crowe, Alec Baldwin).

'Difficult' women, meanwhile, are typically those who've stood up for themselves or their principles, asked for more, or refused to be unconditionally grateful just to be employed. Talent or none, they are iced out, sometimes for years.

Janet Hubert is a prime example. 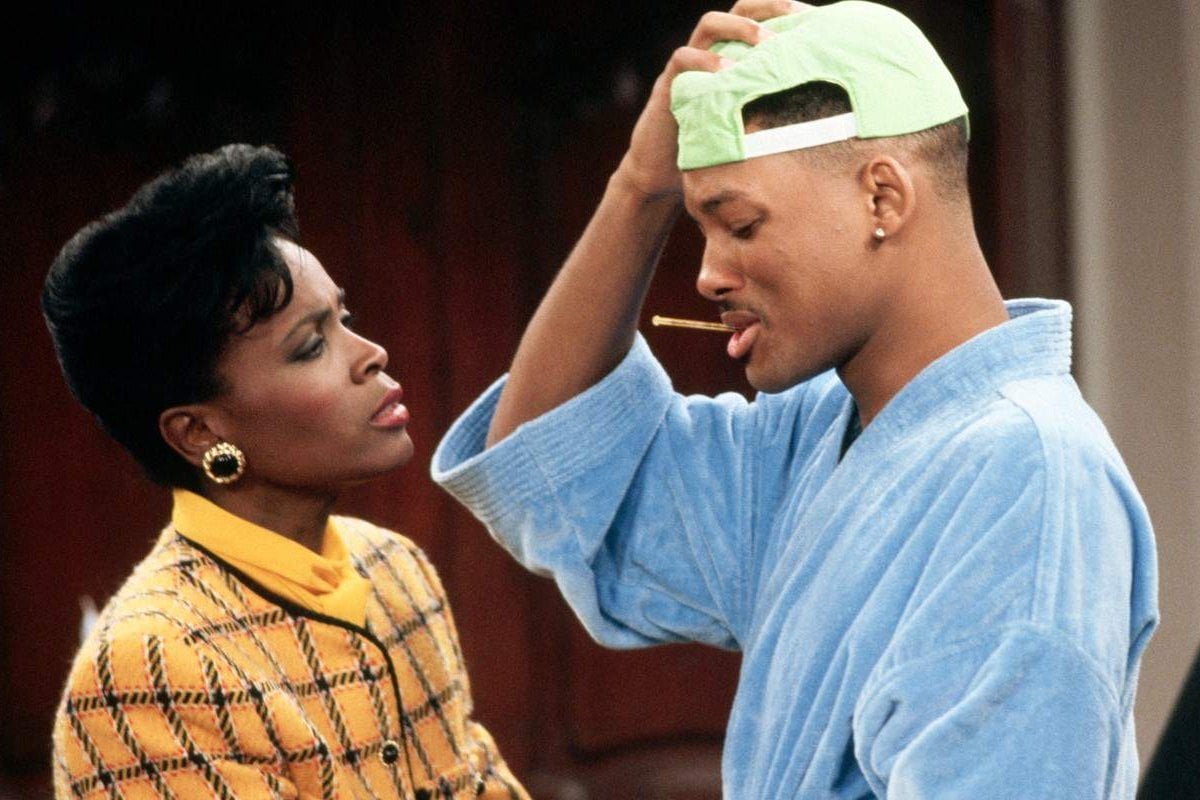 Janet Hubert and Will Smith on The Fresh Prince of Bel-Air. Image: NBC.

In 1993, the broadway star's role as Aunt Viv on The Fresh Prince of Bel-Air was recast after contract negotiations broke down. Will Smith — her co-star and one of the hit show's producers — saw her pay demands and her aloofness on set as signs of ego and jealousy, and condemned her through the press.

But in a 2020 reunion, Hubert aired her side. She said she was pregnant at the time, trapped in an abusive marriage, and simply couldn't agree to remain exclusive to a show that was only giving her 10 weeks' work a year.

"Words kill. I lost everything. Reputation. Everything. Everything," Hubert told Smith, who later apologised. "I understand you were able to move forward, but you know those words — calling a black woman difficult in Hollywood is the kiss of death."

Such is the power of the 'difficult woman' reputation, that in some cases it has been deliberately wielded as an act of revenge.

In 2017, director Peter Jackson confessed that he culled actors Mira Sorvino and Ashley Judd from consideration for his Lord of The Rings film series based on claims from production company Miramax that they were "a nightmare to work with".

That company was run by convicted sexual abuser Harvey Weinstein, a once-powerful producer who is known to have used his influence to smear women who refused his sexual advances. Women like Judd and Sorvino.

"I now suspect we were fed false information about both of these talented women," Jackson told Stuff. 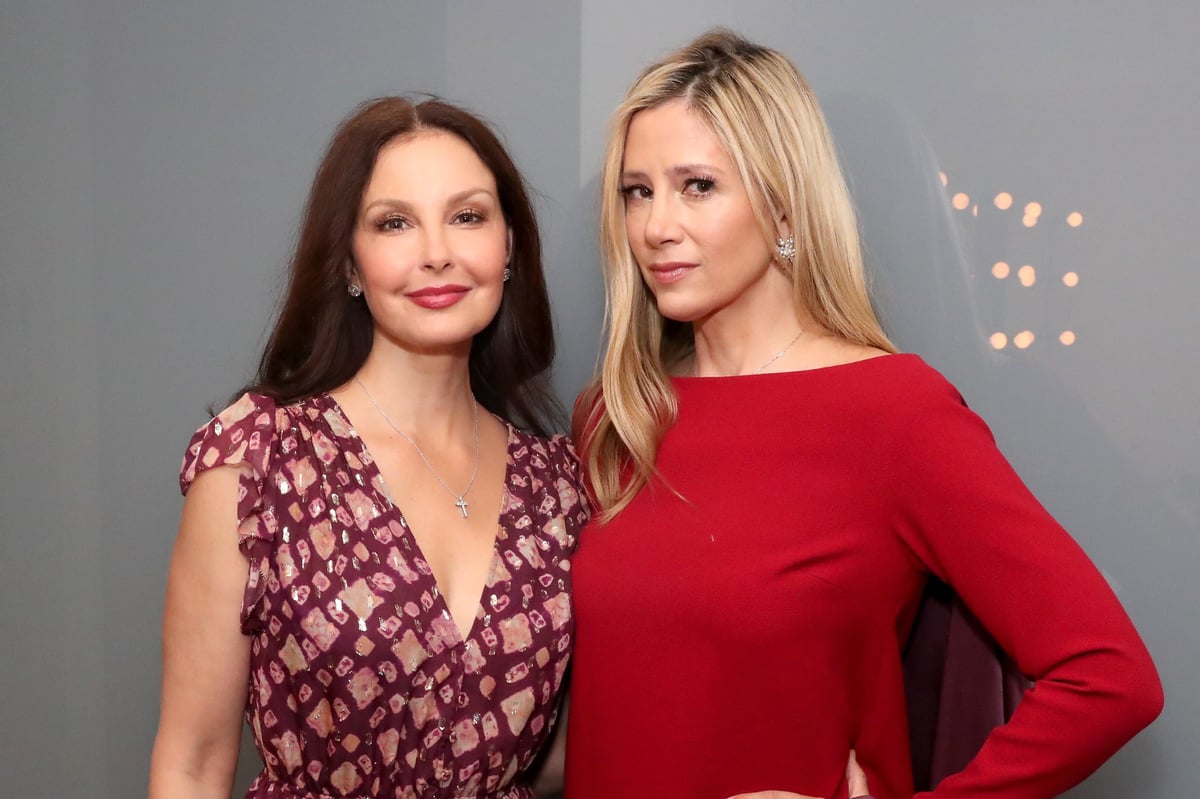 The pain of being branded 'difficult' was once visceral for Katherine Heigl.

But through help-seeking and the passage of more than a decade, the actor-turned-producer's perspective has shifted.

"What is your definition of difficult? Somebody with an opinion that you don’t like? Now, I’m 42, and that sh*t pisses me off."

Heigl's husband, singer Josh Kelley, believes the mood has changed in the wider world, too; that the #metoo movement of 2007 and beyond dismantled some of the sexism behind Heigl's blacklisting and empowered women to more freely advocate for themselves and their opinions.

Reply
Upvote
Women who are go getters, assertive and basically don’t let men walk all over them are labeled “difficult” in all different industries. Those that do “break the ceiling” get accused of sleeping their way to the top - and some do. That’s why women like VP Harris are NOT women to promote as role models! She epitomizes the type of woman that place that stigma on the rest of us who work hard and earn our place despite all the challenges thrown at us. That’s if we are not broken along the way like Heigl stated and she is NOT alone! SHE IS the type of woman you want your daughters to role model after.
M
mamamia-user-482898552 a year ago