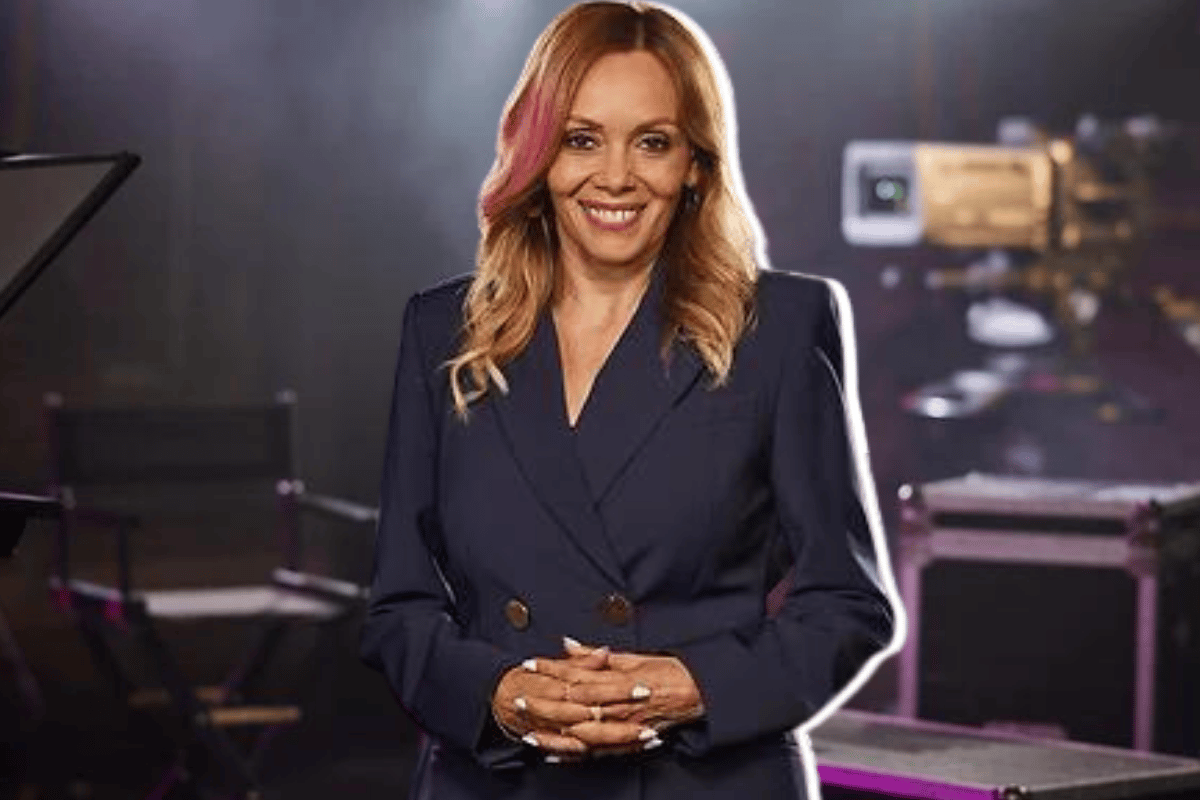 As a presenter, producer and journalist, Grant and her team at NITV's Living Black current affairs program have been providing Indigenous communities with a voice and platform to talk about the issues which are directly affecting them.

Whether it's stories of domestic and family violence, Indigenous deaths in custody, or First Nations children being taken away from their homes, Grant says the vision is always to shine a light and hold institutions to account.

But of course along the way, it has been challenging for Grant to continue seeing injustices occurring over and over again - and it often feels that their calls for change have been falling on deaf ears.

Watch: Women and violence, The hidden numbers. Post continues below.

Growing up in Adelaide, Grant saw firsthand the injustices First Nations people were experiencing - especially in her own family unit.

"My uncles used to get picked up by the police quite a lot for minor things - just walking down the street or unpaid parking fines. It wasn't a pleasant experience. Seeing these things, I was definite that change is needed and I wanted to make a difference," Grant told Mamamia.

With a strong sense of social justice, Grant decided journalism was the career path for her in order to spark positive change for First Nations people. But of course the media industry is a hard one to crack into, especially for those from marginalised communities.

"First Nations representation in the media was quite minimal when I was growing up, especially on television," Grant noted. And of course, it's hard to be what you can't see. But Grant made a name and established herself as a well-respected journalist keen to tell important stories via the current affairs program Living Black. Throughout her career, she has interviewed some incredible people including the Dalai Lama, Leah Purcell, Adam Goodes, Cathy Freeman and Uncle Jack Charles.

But for Grant personally, an interview that stands out for her is sharing Linda Burney's story. Burney - a Labor politician who was the first Aboriginal person to be elected to the NSW Parliament - lost her husband to a brain aneurysm and subsequent head injuries, and then in 2017 her son sadly passed away.

"Linda is someone that I really look up to. She is an amazing woman and she's been through so much in her life, losing both her partner and her son. She's an incredibly strong woman who's just weathered so many storms and is very resilient," Grant said.

Yet sometimes it is the everyday person that has the most powerful story to tell. The person who doesn't have a public profile, but has experienced something that no other person should.

Last year, Grant and her team on Living Black ran an investigation into the child protection system in NSW. They discovered cases of First Nations children being taken from their families and then being housed in hotel rooms for weeks and even months on end, not having access to proper emotional support or even attending regular schooling. Some didn't see their mother until two years later. It has stuck with Grant ever since.

"These kids didn't have a voice, so it's important for us to uncover these stories. There were no winners in this scenario. And from a pragmatic and financial perspective, these kids being housed at a cost of approximately half a million dollars a year - that money could have been better spent helping these families, helping the parents access services and rehabilitation. But the system has sadly been designed to separate people and tear families apart, not bring them together."

Another issue that is greatly affecting the Indigenous community is domestic and family violence.

Listen to The Quicky. No Escape: How to help women locked inside with their abusers. Post continues after audio.

So covering stories related to gender-based violence is of paramount importance to Grant.

A few years ago, a documentary called Not Just Numbers was screened on NITV as part of in-house show Karla Grant Presents.

It followed the story of the Tangentyere Women's Family Safety Group in Alice Springs. They believe in talking straight about the violence in their communities and are working on the front line in prevention, with very little funding or outside support. One of its founding members, Arrernte woman R Rubuntja, lost her life to violence in January last year.

The documentary's director said to NITV about the film's purpose - "We don't want to be invisible anymore, we are not just numbers. We are people - walking, breathing humans. We want to show the world we are standing up against domestic violence. It's not about breaking up families, it's about making our families stronger and healthier for our children and the future generations."

As Grant told Mamamia - "Our First Nations women are very, very strong. They're the backbone of our community. And that's what really I get inspired by when meeting these women all over the country."

Living Black has also had a focus on Indigenous deaths in custody, especially in the wake of George Floyd's killing and the subsequent Aboriginal Lives Matter movement.

"We went to the big march that took place in Sydney and spoke to three families who have been affected by deaths in custody. We spoke to the mother of David Dungay, and she spoke so powerfully. She is hurting and yet she's always out there on the frontline fighting in her son's memory. Also, the family of Rebecca Maher who was a young woman that died in custody on NSW's central coast," Grant said to Mamamia.

"They're not just statistics - they're not just part of the 450 plus people who have passed away in custody, they're real people. And it's sad to see these issues not being taken seriously."

And given the fact stories like these aren't isolated, there can be a mental load for Grant and so many in the community who feel their calls for change aren't being heard.

"I've been doing this for a long time now, so it's really disheartening to be covering the same issues over and over again, year after year, report after report, inquiry after inquiry. But we have to keep talking until we spark positive change."

"The story we did on those kids stuck in limbo in the hotel rooms who were part of the child protection system, even though they have been through a rough time, there has been a light at the end of the tunnel," Grant said to Mamamia. "We were able to give them a voice and make them feel more empowered, and those kids are now flourishing, at school, with a secure and loving foster family while getting to see their biological parents for regular catchups."

As for what Living Black has in store for viewers this season, Grant said she is excited about her conversation interviews and two powerful investigations, including one into First Nations art theft. The season will begin with four episodes devoted to First Nations politicians, ahead of the 2022 federal election. It will include interviews with Independent Tasmanian Senator Jacqui Lambie, Victorian Greens Senator Lidia Thorpe, Labor Senator for the Northern Territory Malarndirri McCarthy and current Minister for Indigenous Australians Ken Wyatt AM.

Considering Living Black is the longest-running Indigenous current affairs program on Australian television - not to mention the stories they have told - it makes sense why Grant and her team just won a Walkley Award.

"That was an incredible moment," Grant said about the Walkley win. "I actually had a dream two days before we won the award. And I thought, well, that dream could be a good omen for the night. And to hear our names being read out and to have that recognition and acknowledgment for the hard work that we do - it meant everything."

As Grant said - "There's a reason we've been on the air for 29 seasons - we never run out of stories."