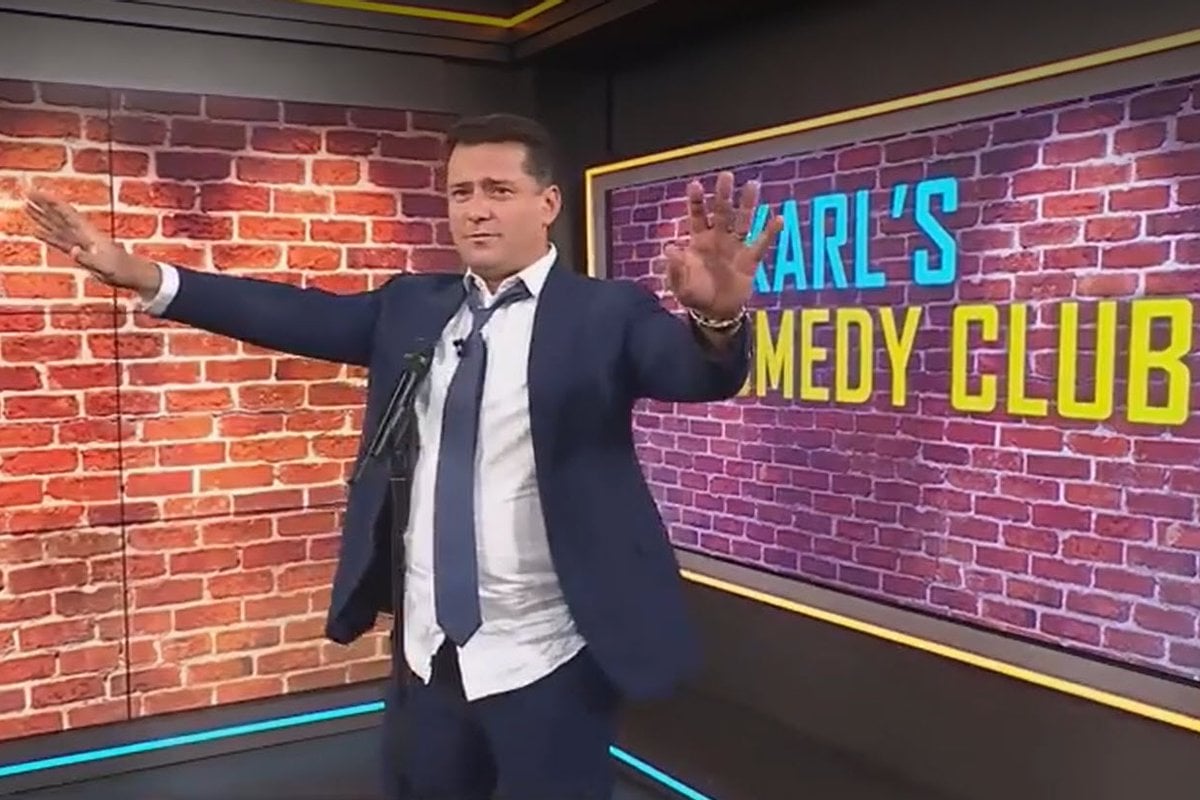 Karl Stefanovic conquered his biggest fear on Friday morning's Today show, and I for one am really proud of him.

All morning, Allison Langdon and co teased the end of the show, where ol' mate Karl would deliver a stand-up comedy routine. They even got Joel Creasey on for moral support and/or to provide tips on how to make it less of a train wreck.

And goodness, it was really something.

Personally, I enjoyed it. But I have been working from home with Karl and Ally beaming into my lounge room for the best part of a year now, and it's led me to develop a weird affinity for them. I'm perhaps unable to offer an objective view because sometimes I laugh at Karl as a way to avoid my early morning work responsibilities, while also pretending I'm keeping up with breaking news.

But when 9am Friday rolled around, and it was standup time, I was only avoiding mid-morning responsibilities, which are far less important.

The segment began with some weird camera movement. I felt drunk, which is bad for 9am but also good to accurately portray all other comedy gigs I have been to.

"Can we start that again with some Seinfeld music?" he asked, and some poor producer behind-the-scenes had to scramble and deliver. 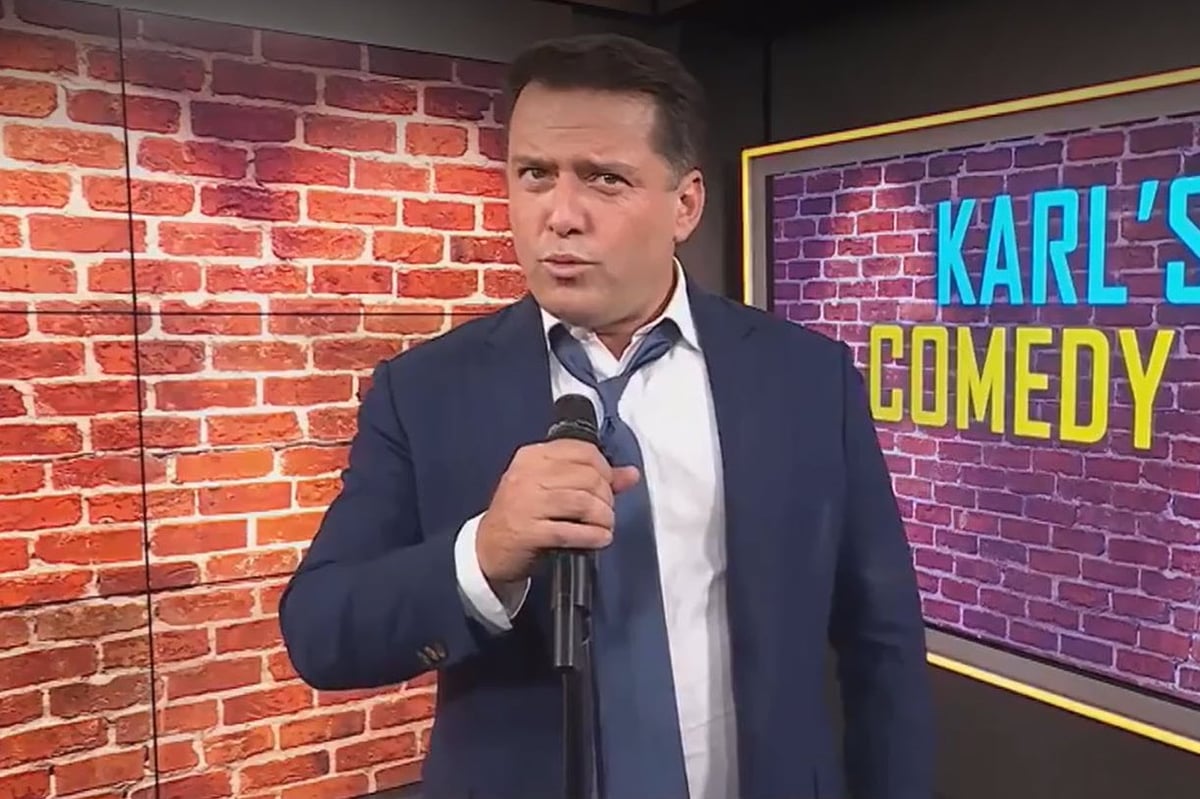 He began Karl's Comedy Club with a joke about Kochie. Naturally.

"I'm very, very nervous. Of course, if it goes well it is all my own work but if goes bad it is all material from Kochie's joke book," Karl said.

God, there is nothing I enjoy more than the enduring Today vs Sunrise feud.

"The royals are crying, they're just like the rest of us, right? I mean, who wouldn't want Prince Andrew dressed up as Santa on your family Christmas?" he said.

He continued the royal jokes, leading to a bloody great segue. You see, Prince William is reportedly concerned that details of his 'unproductive' phone call with younger brother Harry were made public by US TV presenter Gayle King.

"Who does that happen to. Uber anyone?"

The royals are easy targets at the moment, but Karl got a good laugh out of a tried-and-true joke about Prince Harry.

"He's absolutely unloaded on his family in an interview with Oprah Winfrey. His father is reportedly furious with him," Karl said.

"So is Prince Charles."

I mean... lol. It was a sitting duck, but still funny.

There was then a joke about IKEA meatballs that I just... didn't... understand, so we'll move right along.

"Doctors say he could be soon back doing what he does best... Swinging!"

I think I audibly gasped here, just as precisely everyone in the studio yelled "KARL!" 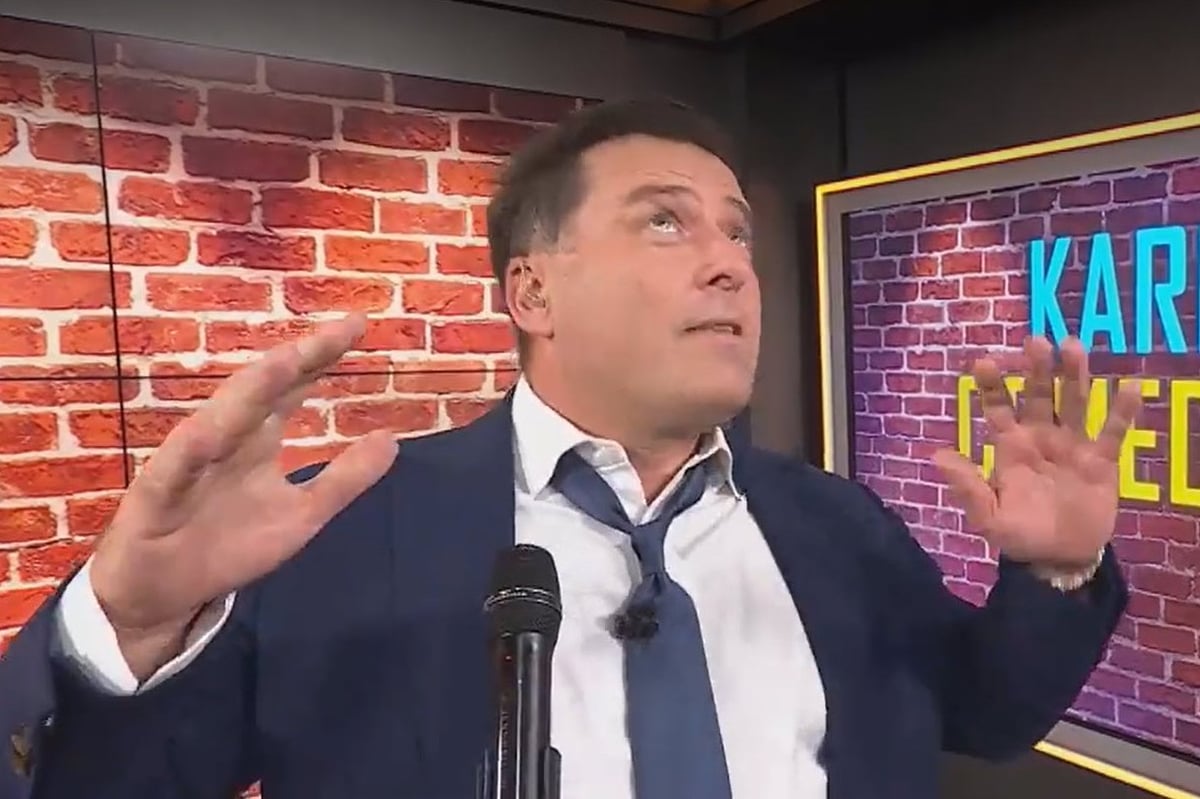 I have no idea why he reacted like that to this joke, but I enjoyed it. Image: Nine.

No time to dwell, there was an important trans-Tasman bubble news to take the piss out of.

"Some good news, New Zealand may be getting rid of hotel quarantine for Australian travellers, meaning instead of arriving in Wellington, staying inside and having nothing to do, you'll get to Wellington, go outside and still have nothing to do," he said, to rapturous laughter from the couch.

Now this is where it got personal, Karl. Wellington is my hometown and I simply won't hear a word against it.

There's lots to do, including riding the cable car and searching the CBD for the city's famous cat, Mittens. And there's absolutely nothing boring about wondering if it's humanly possible for a 100 kilometre northerly gust to pick you up and blow you away.

This is a personal attack and I may reconsider my morning TV show of choice from now on (I probably won't). 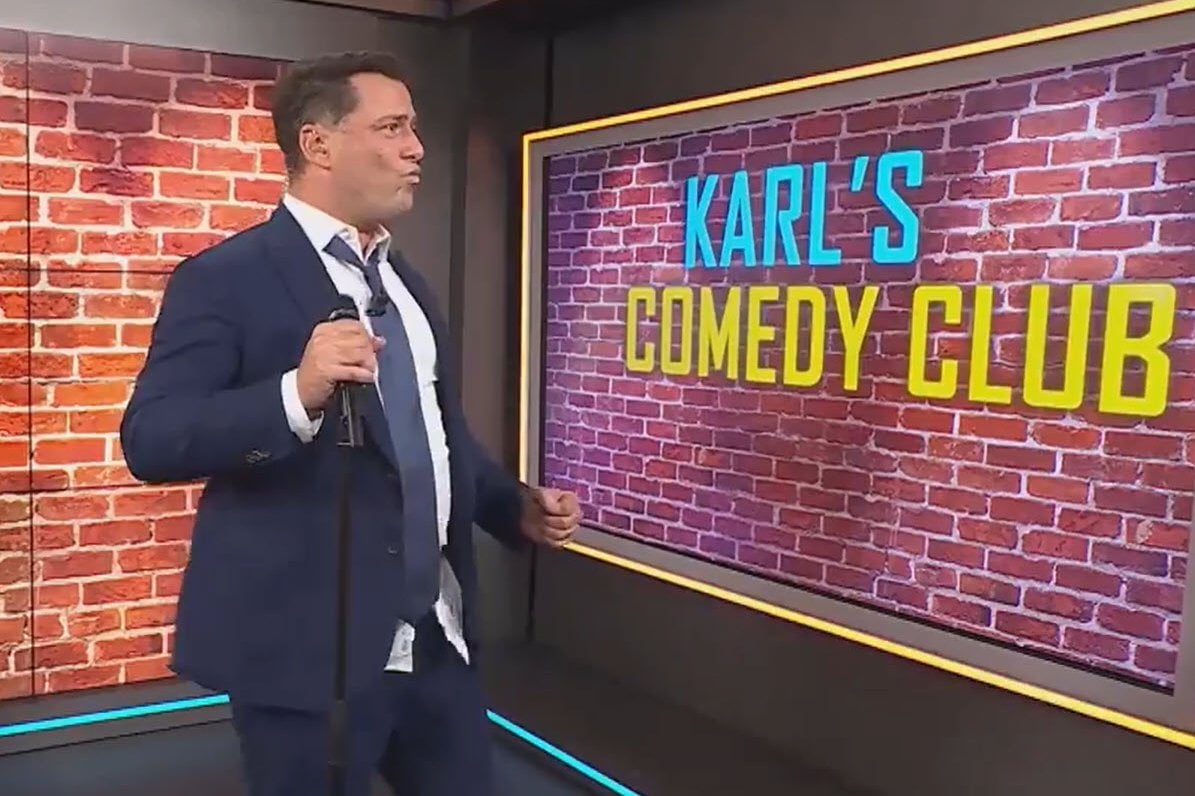 Aw guys, he was so proud of himself. Image: Nine.

There was no time to begin my written complaint, because Karl swiftly moved from one one controversial topic to another.

"He's running independently for parliament. He doesn't think everyone should get the vaccine, so given how slowly it's been rolled out already across the country, he may as well join the Liberal party."

With the show over, Karl joined his colleagues on the couch.

It was mostly pretty good. Certainly not the worst thing I've ever seen on the show which used to have Pauline Hanson as a regular contributor. 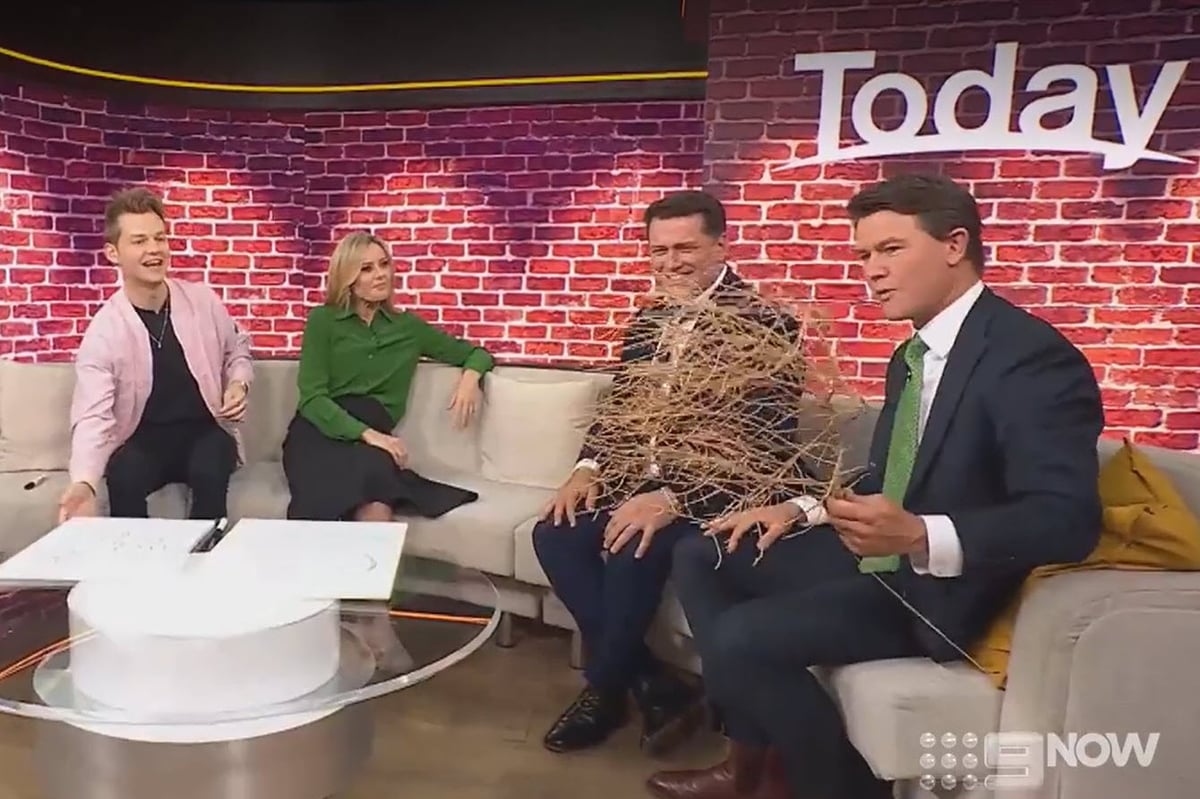 I'd personally be open to more from Karl's Comedy Club, but the MVP of the whole segment was probably newsreader Alex, because he'd brought along a literal tumbleweed.

You know, just in case.

swatters a month ago