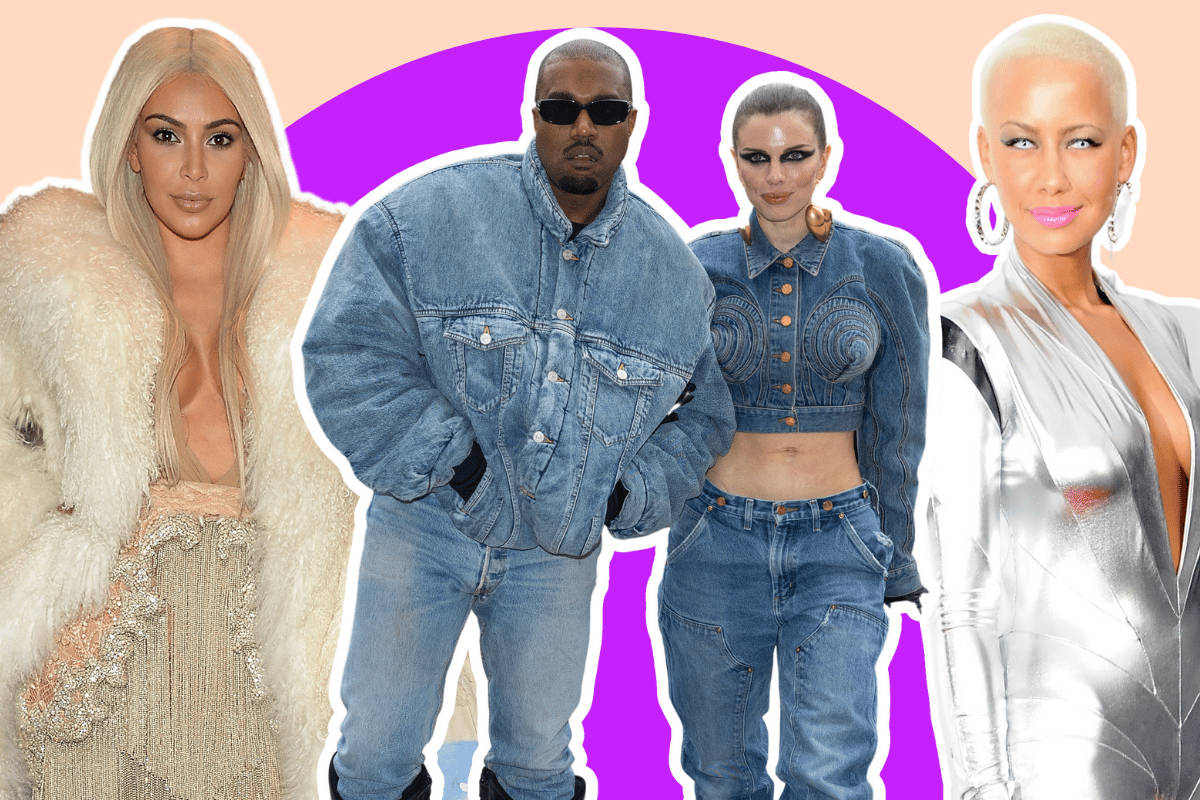 Recently Kanye West has been going viral for his habit of dressing his girlfriends. Basically, Kanye has a particular style, and he likes to influence the way his romantic partners dress.

Quirky, right? Or is it just controlling?

Over time, it began to feel less like an opinion and more like a way to control me and put me down. Sadly, he wasn’t offering designer clothes as an alternative - just unsolicited opinions.

Honestly, Kanye’s habit of meeting women and making them over like real life Barbie dolls seems less romantic and artistic and more or less, just plain wrong. Kanye’s former partners, like Amber Rose, Kim Kardashian and his current girlfriend, Julia Fox, are all women who have fabulous and interesting personal styles.

However, that drastically changed as soon as they entered a relationship with Kanye - they suddenly all looked the same. I mean who can forget the scene on Keeping Up With The Kardashians, when Kim cried because Kanye instructed her to clear out her wardrobe - it’s a scenario that doesn’t exactly scream healthy relationship goals.

In my opinion, if you are dating a man and he wants you to change the way you dress, it’s because he wants to control you and change you. I always think the joy of dating someone is falling in love or lust with whom they are already.

I remember when I met my current boyfriend. His 90s, no-fuss style charmed me. It was cute. I didn’t want to change him and force him into modern street wear or a suit - I liked him how he was and he liked me for how I was and that’s how it is meant to be.

Of course, this isn’t always how it’s been for me. I was in a relationship with someone previously that made it clear he didn’t like my style. 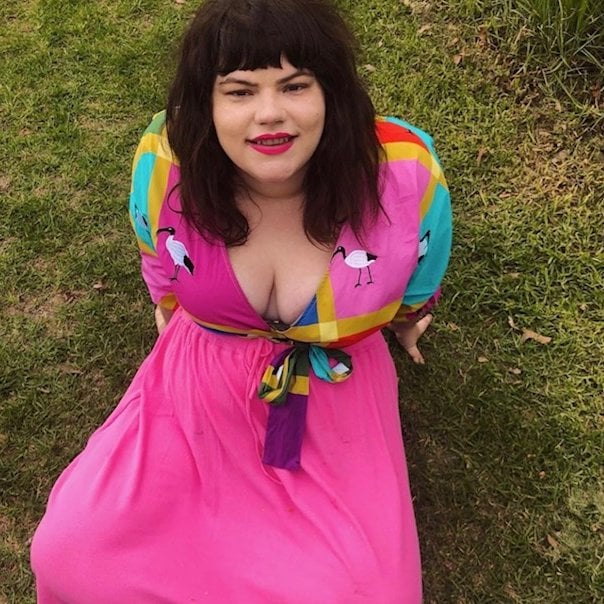 "Fashion is something I really care about and it has always been a way I’ve made a statement." Image: Supplied.

At the start of the relationship it was almost like a ‘joke.’ He’d make cracks about my colourful clothing choices and we’d laugh - we’d laugh at me. I figured it was fine.

Opposites attract and it wasn’t like men understood fashion, anyway. He was a simplistic dresser, and I figured he just lacked vision. I thought maybe my clothes were just something he didn’t get. I was a maximalist after all! Mind you, despite finding his clothing style boring, I never criticised him or tried to change his style - I really did like him as he already was.

But, over time it sort of spiralled. He’d tell me he only liked me wearing black when I didn’t even own black. He’d pick a particular piece of clothing I was wearing on high rotation and tell me he hated it. It became a long and tedious running joke that ultimately left me feeling bad. I think his favourite thing to say was that he wanted to, "burn" my clothes.

Listen to What Are You Wearing, Mamamia's fashion podcast hosted by Tamara Davis and Deni Todorović. Post continues after audio.

I loved my clothes of course. Fashion has always been a huge part of how I express myself. I spend hours online trolling Depop weekly for cool new pieces. I save up and invest in beautifully made pieces from cool and edgy designers. Fashion is something I really care about and it has always been a way I’ve made a statement.

It makes me feel bold and bright and alive and even sometimes powerful - shout out to my pink blazer!

Of course, I can understand that perhaps my personal style isn’t for everyone. When I was with my ex, I was rocking a green coat throughout our relationship that made me look like a very fancy version of Oscar The Grouch.

But surely the whole point of a partner is that they are meant to love you for who you are?

You know - green coats and all? 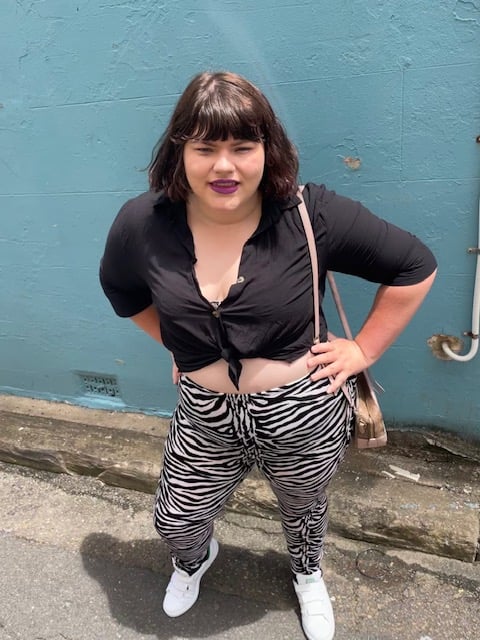 "Fashion makes me feel bold and bright and alive and even sometimes powerful."

I’ll be honest, when I was with my ex - it wasn’t nice to turn up on a date and feel fantastic and then have him tell me he didn’t like my clothes. It didn’t feel good to know my boyfriend didn’t approve of my wardrobe and it wasn’t exactly a self-esteem booster to know my boyfriend wished I was someone different - someone that didn’t love coloured tights.

But it became important because his criticism of my wardrobe started to just feel like a criticism of me. I remember once asking my best friend that if he could dress me what would have me wear and he laughed and said, “I love the way you dress, it’s so Mary!”

So, while I understand Kanye’s approach with women and their clothes is on a mega scale - he is a millionaire after all - even on the most average scale, the intent feels the same. My ex couldn’t exactly try to change my style by taking me to fittings with incredibly famous designers, but I’m sure he would have if he had the access.

Kanye looks at women and sees them as something to be moulded and shaped rather than just appreciating their fabulousness.

Maya Angelou once famously stated: "When people show you who they are the first time, believe them."

She may not have meant us to take that quite so literally, but she IS right.

Although personal style can change and evolve, the way someone dresses themselves will reflect at least a part of who they are. Hence why, Kim Kardashian is now getting back into her own style since separating from Kanye. When my relationship ended, very slowly, I started dressing in brighter and bolder clothes. I started to feel like myself again.

My ex may not have liked my style, but it suited me perfectly.

Reply
Upvote
My experience is if a prospective partner doesn't like your taste in clothes, this is a big red flag, which has to be discussed and worked through before the relationship goes any further, because this is most likely to hide a multitude of issues that are likely to arise later in the relationship & cause real harm to each party.
There's a difference between helping someone dress, ie they maybe either color blind (like my uncle is) or they have been brought up by a helicopter parent (s)who doesn't allow their children to make fashion choices when they're very young, so as adults they may lack confidence/or fear expressing who they are through their clothing design /types or choice of colour..
S
simple simon 4 months ago

I remember once asking my best friend that if he could dress me what [he] would have me wear and he laughed and said, “I love the way you dress ..."