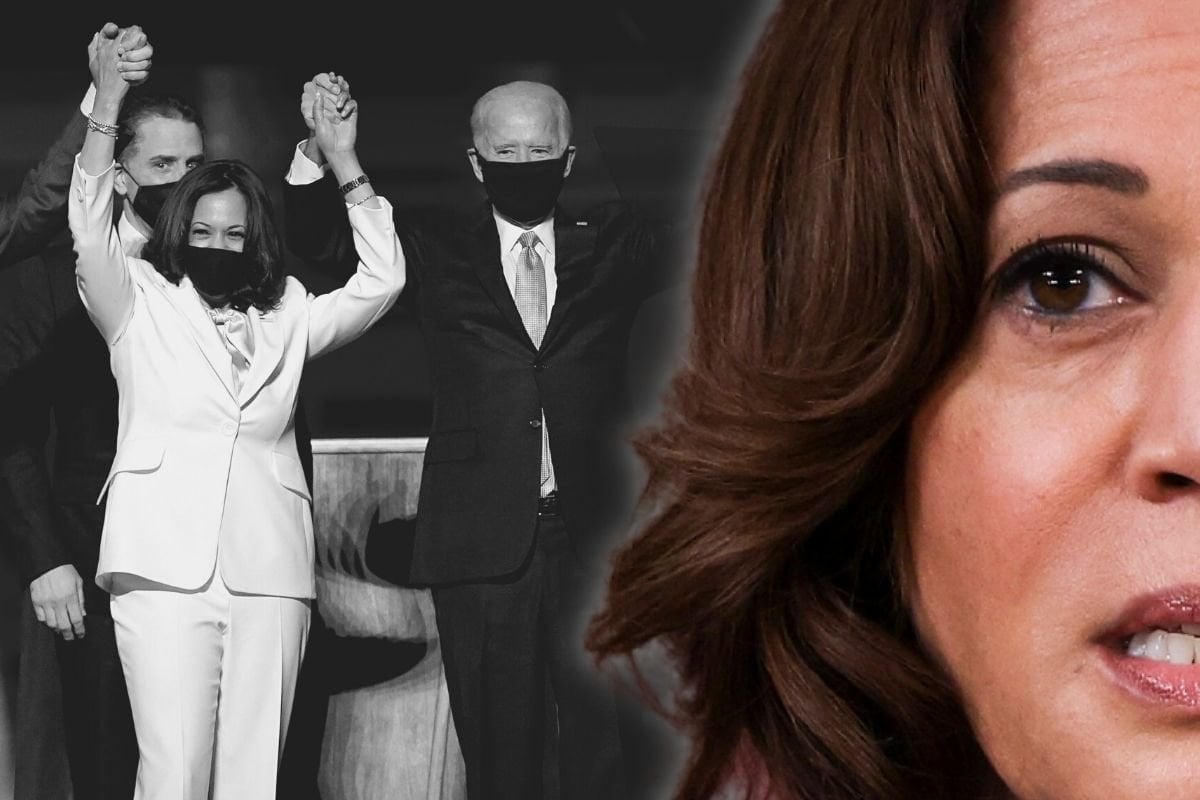 When Joe Biden won the 2020 US election, standing beside him was not just the first female vice president, but the first woman of colour in the White House.

Kamala Harris wasn't just a woman. She was an impressive, effervescent, accomplished woman — the perfect antidote to the Trump years.

Biden was deemed a safe pair of hands after the chaos of a former reality TV star posing as a president. But he was a bit boring, a bit old.

But Kamala? She was going to turn America around.

Back then, in the dying months of 2020, US politics was front and centre here in Australia, too. It was hard not to get swept up in Trump's idiocy as he tried to steer his country through a pandemic all while making headlines about dangerously suggesting bleach as a COVID treatment, or calling world-renowned infectious disease specialist Dr Anthony Fauci a "disaster."

Once the Biden-Harris era began, American politics started to slip out of our headlines. It popped back up when America withdrew from Afghanistan (and not in a good way), but otherwise we've been a bit preoccupied with our own political shenanigans.

It's also probably because the Biden-Harris administration has not been quite the saviour America hoped for. 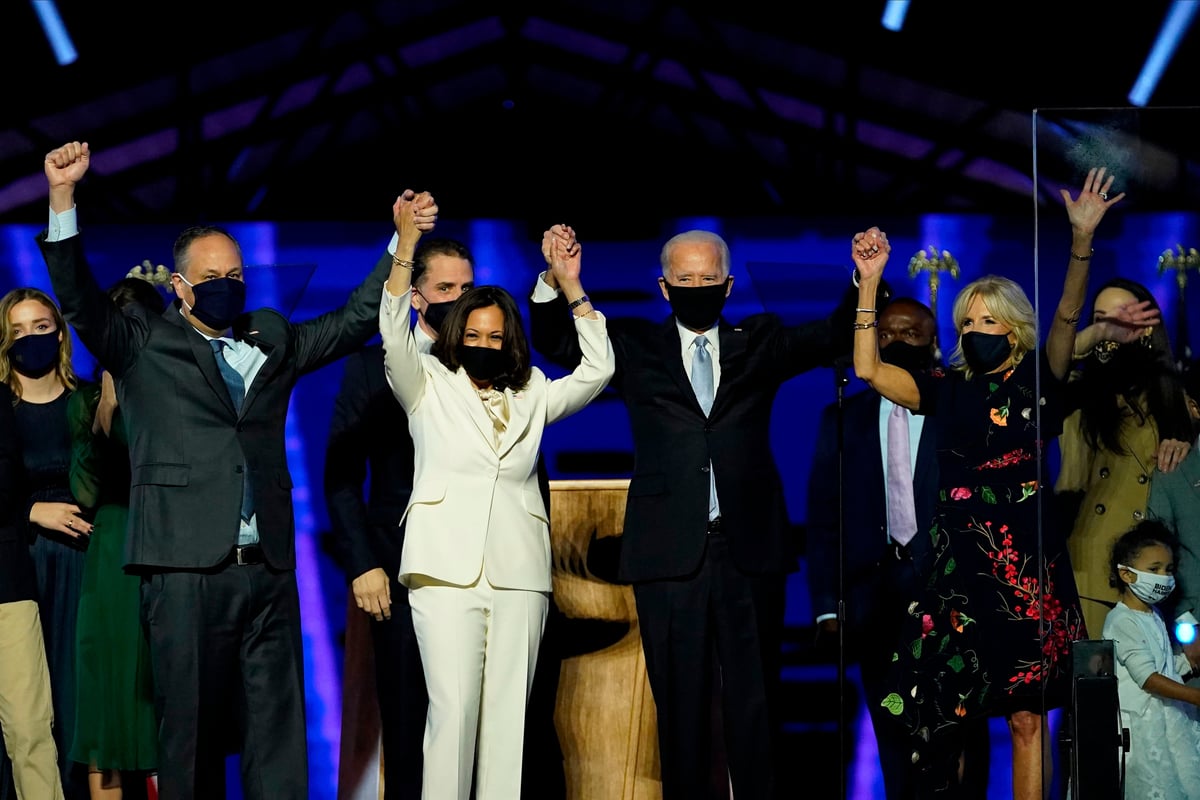 The night of November 7, after Biden and Harris were declared the winners of the election. Image: Carolyn Cole / Los Angeles Times/Getty.

Professor Lynch doesn't mince his words when it comes to how well the new administration are doing 12-months in.

"Poorly," he says, pointing out that Biden and Harris have proven themselves to be "pretty poor negotiators" who've struggled to get much over the line.

"They've done much less than they intended to do. When they came in, they projected themselves — [and] both Kamala and Biden were complicit in this — as being the next Franklin D. Roosevelt or Lyndon B. Johnson." Aka, two Democratic presidents whose terms were defined by significant transformation.

"The problem is, and I think this speaks possibly to their naivety and the fact they thought simply by not being Donald Trump, they would enjoy huge room for manoeuvre, and they didn't. They've got razor-thin majorities in Congress. They struggle to convince their own party, let alone Republicans," Lynch adds.

Public approval has been as dismal as their political achievements. But as ABC Planet America's Chas Licciardello tells Mamamia, that at least, isn't all that unusual.

"To be honest, Biden-Harris' first 12 months haven't been received all that differently from the first 12 months of any of the recent administrations. With the exception of George W. Bush (who was artificially buoyed by 9/11), every president has been treated woefully by the American public since Bill Clinton in the early 90s. America is a tough country to govern!" he explains.

But when it comes to Harris in particular, it feels like she's not even in the room. We've barely seen or heard from Kamala Harris over the past 12 months — not in the same way we've heard from her boss. It could primarily be because she's been given portfolios in immigration and voting rights that don't exactly propel her into political stardom.

Immigration is a lose-lose. If you firm up the border you're accused of being inhumane; if you open the borders you're accused of allowing America to be overrun. Voting reform, her other main assignment, isn't exactly a popular mountain to climb either. 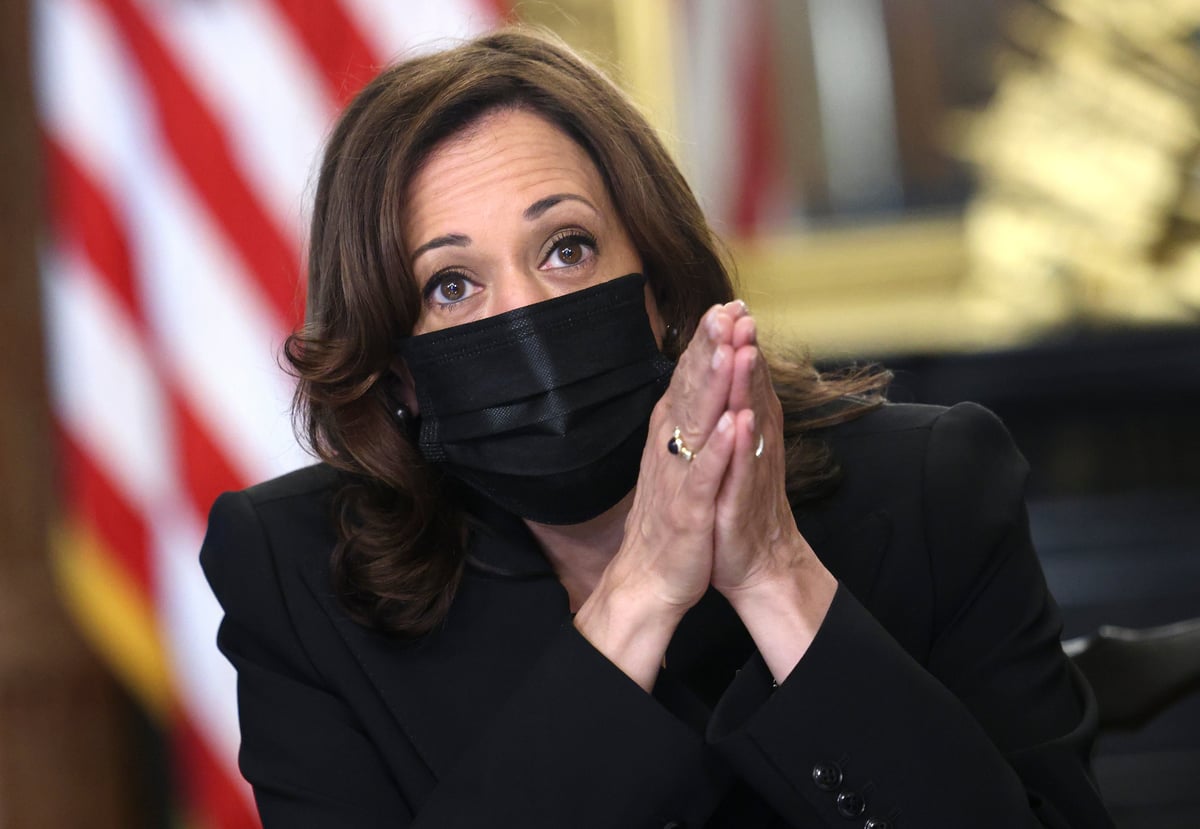 Rosa Prince writes for The Telegraph that some see the responsibilities Harris has been lumped with look a bit like "revenge."

Biden was reluctant at first to even have Harris on his ticket at all. You'll remember she publicly chastised him during the primaries for his previous opposition to "bussing" — a policy where children were driven to public schools further away to improve racial integration in schools.

But Biden might not have won without Harris. He surely knows that. And even though it's not unusual to not hear a lot from a vice president in the first year of an administration, Licciardello admits it's a "little surprising" in Harris' case, given we all expected Biden to be grooming her to take over from him in a potential second term.

In the lead up to the election and in the months before the inauguration we lapped up the stories of not just the first woman, but the first Black woman, the first Asian American person in the second-top job. A leader who is not afraid to stand up to racism and who was raised by a single mum. She was a proud step-mother, a top prosecutor, and a running mate who wasn't afraid to challenge the future president — it was all so different and exciting. A welcome change to another white man in a suit.

Here at Mamamia we wrote and spoke about how the 2020 US election was a "victory for girls," how the "VP elect was everything Joe Biden was not," and "The woman the world is talking about today."

Listen to Mamamia Out Loud's discussion below. Post continues after podcast.

But there's been few — if any — moments of 'fame' since then. No viral quotes or moments reminiscent of the rousing declarations of "I may be the first woman in this office, I won’t be the last," from her November 7 victory speech.

As Professor Lynch explains, "She [Harris] represents something really significant, I mean it's historic in lots of ways. Unfortunately, it's not been matched by the performance."

"The unfortunate thing is that the woman of colour he [Biden] chose just didn't have the capacity, I think, to serve well as the vice president," he adds.

A year in, Harris is staring at an approval rating of 28 per cent, well below Biden's also dismal 38 per cent. But Licciardello says we shouldn't put too much stock into those numbers — not yet anyway.

"Everyone's rating in an administration rises and falls with the president. Her poor approval rating mostly reflects upon Biden. And there is a long way to go for both of them. The Democrats appear to be passing some of Biden's legislative agenda now — and the pandemic clouds are beginning to clear. If the economy responds accordingly, both Biden and Harris' approval ratings may look very different in nine months' time," he explained. "If, however, those ratings don't improve much over the next 12 months, they might calcify."

Perhaps we put too much pressure and expectation on Harris, as a woman that was going to pave the way and change the look and feel of American, and in turn, world politics. As Licciardello points out it was "all a bit over the top" when you consider her actual presidential run was plagued by poor campaign management and disappointing results.

Professor Lynch says when historic moments like Harris' appointment happen, there can be a "magic bullet misconception" that diversity will solve all of our problems. Namely, in this instance, the gross gender imbalance that remains in politics.

"But it doesn't actually create a conveyer belt for those who come after," he tells Mamamia. 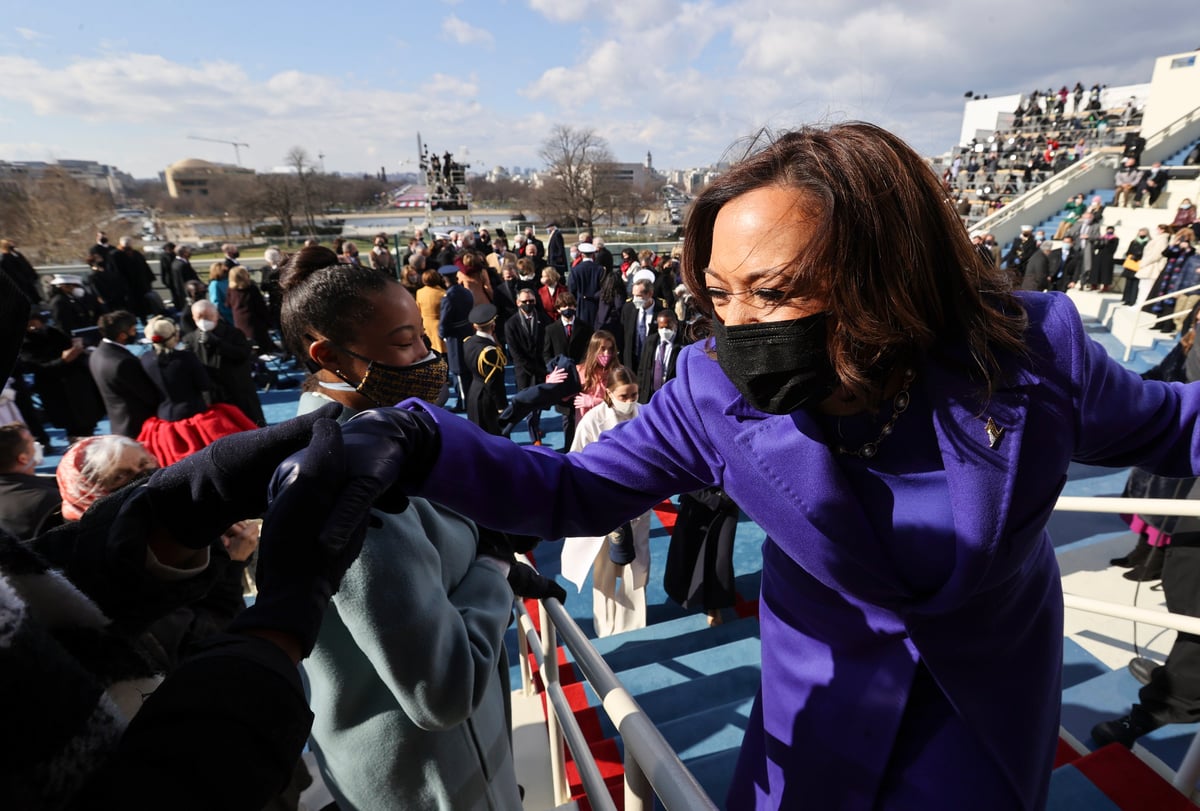 It's true. Julia Gillard showed us that. Margaret Thatcher also showed us that. Britain eventually did get a second female prime minister, but simply having a non-white male in office does not necessarily prepare the path for those who follow.

If I reflect on my own 2020 excitement, I guess I was hoping for another Jacinda Ardern. A strong, capable pair of hands that just happened to be female.

In Professor Lynch's eyes, we don't have that in Harris. And even though she has three years to turn that around, "ultimately you're going to be judged on not what you are, but what you do. And that's where I think she's coming up short," he says.

Licciardello holds a little more hope in Harris, and her (assumed) presidential ambitions.

"Even if Biden decides not to run for re-election, Harris still has to be considered the favourite in the next Democratic primaries race — the Democrats won't be throwing the potential first Black, female president overboard unless they absolutely have to. And once you become the party's presidential nominee anything is possible. Ask Trump!" he tells Mamamia.

One year down, three to go. Let's hope the Biden-Harris slump doesn't calcify.