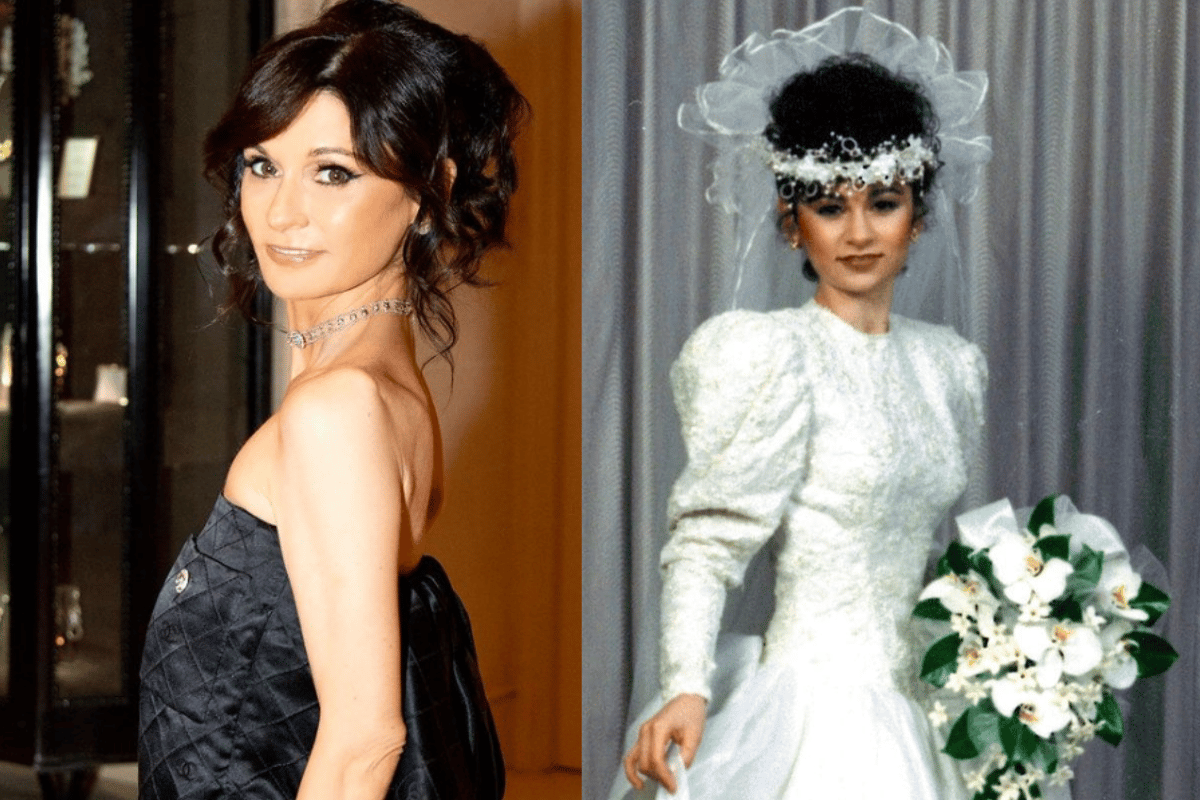 Julia Haart was 42 years old when she experienced her first orgasm.

It was a sexual experience she had dreamed of for years, but never fulfilled in her first marriage.

Because since she was a very young child, Julia and her family had been a part of an ultra-Orthodox Jewish community in Monsey that practiced Haredi Judaism. It is a branch of Judaism known for its religious conservatism and social seclusion.

And in that community, Julia said she had little autonomy or control over her life - including who she married.

Age 19, the My Unorthodox Life star was forced into an arranged marriage. Julia's first husband was Yosef Hendler, and together they had four children.

As Julia said to Mia Freedman on No Filter: "My sole purpose was to have babies. I was left to take care of my mother's six other children, as well as my own. I wiped their little bottoms, I fed them, I changed their diapers - to the extent that my youngest brother - who is younger than my eldest daughter - I nursed him simultaneously with my daughter, as my own mother and I gave birth six months apart and she couldn't breastfeed."

While she loved being Jewish, it was the fundamentalist lifestyle that Julia couldn't accept - a world where she says little boys were taught to thank God every morning "for not making me a woman".

When Julia married Yosef, she practically knew nothing about him prior to walking down the aisle.

"The match-making system in our community is about as fun and sexy as dental work. You don't date. Go back to the 1800s - there's a matchmaker, she sets you up, and there's all these rules. You cannot touch a man, let alone shake his hand. But forget about not being able to touch him - you can't be in the same room as him by yourself," Julia said.

She found it very hard to 'date' Yosef without touching him. They would spend less than three hours together at each meeting.

"My parents basically said if he's not a serial killer you're marrying him."

And that's what happened. Julia didn't want to marry Yosef, but she didn't have a choice in the matter. It had nothing to do with him specifically - as Julia reiterated on No Filter, Yosef is a lovely person and treated her well - but she wanted a say in the matter of her future.

When she walked down the aisle, Julia said she felt "extremely petrified". Because as this man walked towards her, she realised that she knew nothing about him. She didn't know what type of food he liked, his hobbies, his sense of humour - nothing.

She didn't foresee the option of divorce either - because in Haredi Judaism, Julia said a husband had to give his wife permission to leave him.

After their wedding, Julia and Yosef spent their first ever night alone together. It was also her first time alone with a man.

"What made the marriage so miserable was that we had very clearly delineated and defined roles - he was the master and commander, I was the silent, subservient slave. And that didn't work well for either of us. I'm not good at being silent, nor is he good at being a master, so it was just a fiasco!"

But for the next 23 years, Julia stayed. 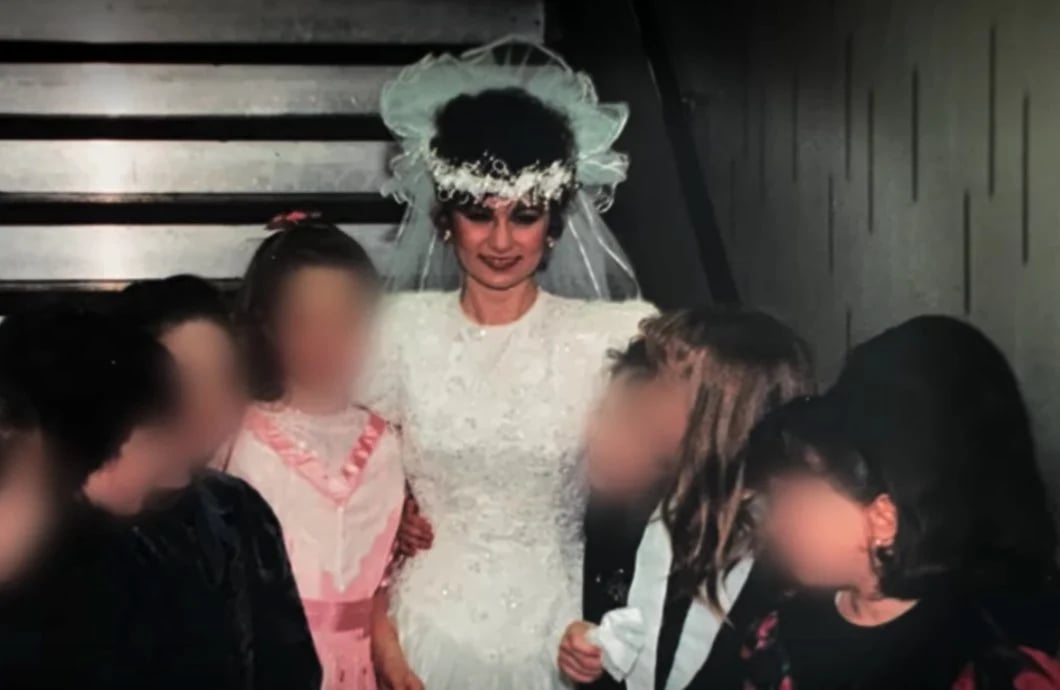 Julia on her wedding day aged 19. It was an arranged marriage. Image: Netflix. 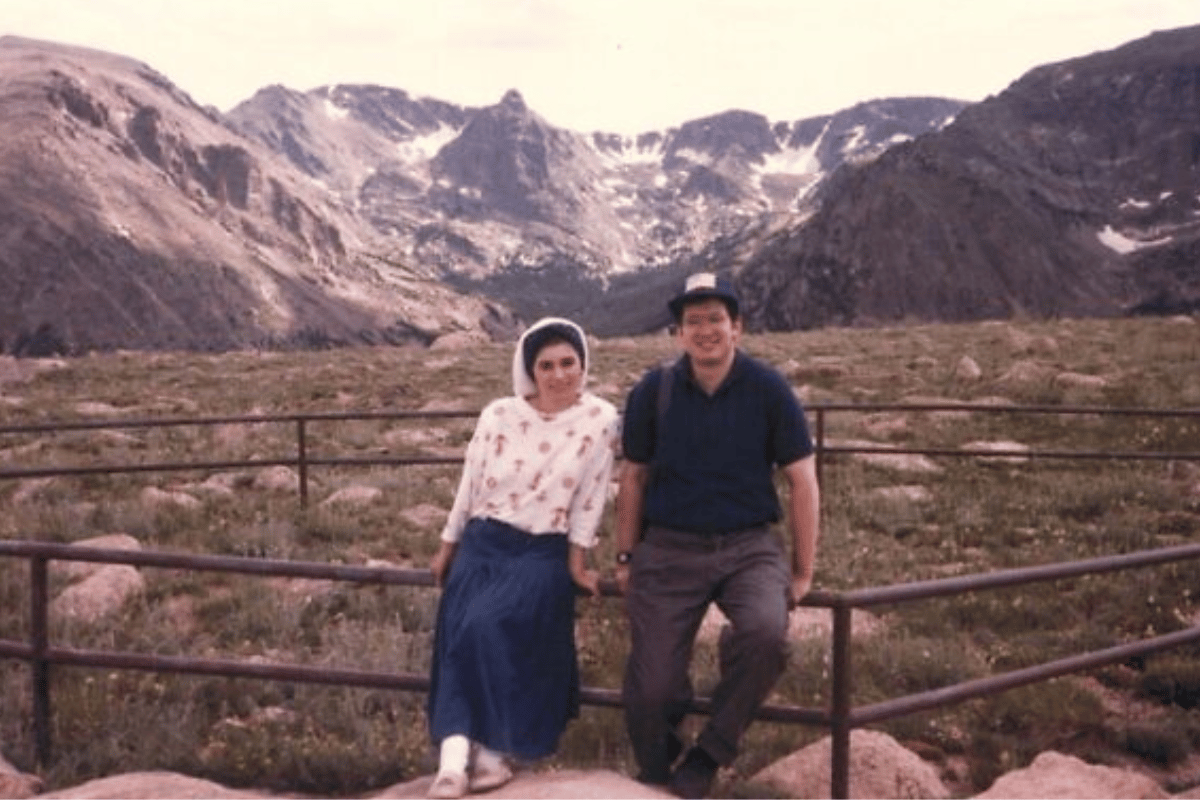 Julia and Yosef in the first year of their marriage. Image: Netflix. Sex wasn't very engaging either.

Yosef had been taught that in an Orthodox Jewish marriage, there should be no foreplay - and to recite psalms during sex. Not to mention, the couple must always sleep in separate beds. There wasn't space for romance or passion in Julia's relationship. Only religion. And for Julia, this wasn't something that satisfied her.

"It was a chore - like folding the laundry or feeding the children. It was so unexciting. And sex with two people who love each other should bring you so much closer. Ours was 'get the job done' and move along," she said.

It wasn't until the age of 42 in 2012 that Julia left Haredi Judaism. By that point, she was separated from Yosef, and their four kids ranged in age from seven to late teens.

Julia began to build a life for herself on the outside - and that involved exploring her sexuality and pleasure.

Listen to No Filter with Julia Haart. Post continues after audio.

"It was so gradual. Any deprogramming of a religious culture is extremely gradual and unique to every person. I was petrified. I think I knew the moment I had finally broken that last vestige was when I was in Rome with my non-Jewish boyfriend and had my first piece of bacon," Julia said on No Filter.

"I didn't know that sex could be pleasurable. The first orgasm I had was by myself with my rabbit [sex toy]. I watched an episode of Sex and the City and watching Charlotte give herself pleasure with the toy - it made me want that. I went into a sex shop and asked for a rabbit toy."

As for her first time having sex with someone she had chosen, Julia said it was with a young man in his 20s.

"It started strong! It was amazing."

When it came to dressing, Julia found wearing whatever she wanted liberating. She could now wear shorts - or tight pants, crop tops - it was completely her choice.

She felt as though she was finally able to dress with personality. Of course, Julia's concern has never been with Judaism. It is purely and solely with fundamentalism. Because religious freedom is important - but so is autonomy and choice. And in that system, Julia felt as though she had neither of these things.

Today, Julia is 51 and loving life. This month, she has dipped her toe in the world of dating apps.

"I'm 51 years old and this is the first time in my life that I've actively dated and used dating apps. I love it," she said.

Julia's life is no longer controlled by religion or a man. It's controlled by her. And that's something she will never take for granted.

To see more of Julia Haart you can follow her on Instagram watch My Unorthodox Life on Netflix now, or find her book Brazen  here.

Listen to the bonus episode of No Filter where Mia Freedman and Julia Haart talk about Julia's life after leaving the Orthodox Jewish community and the intricacies of exploring her sexuality and womanhood. Exclusive to Mamamia subscribers,  listen here.