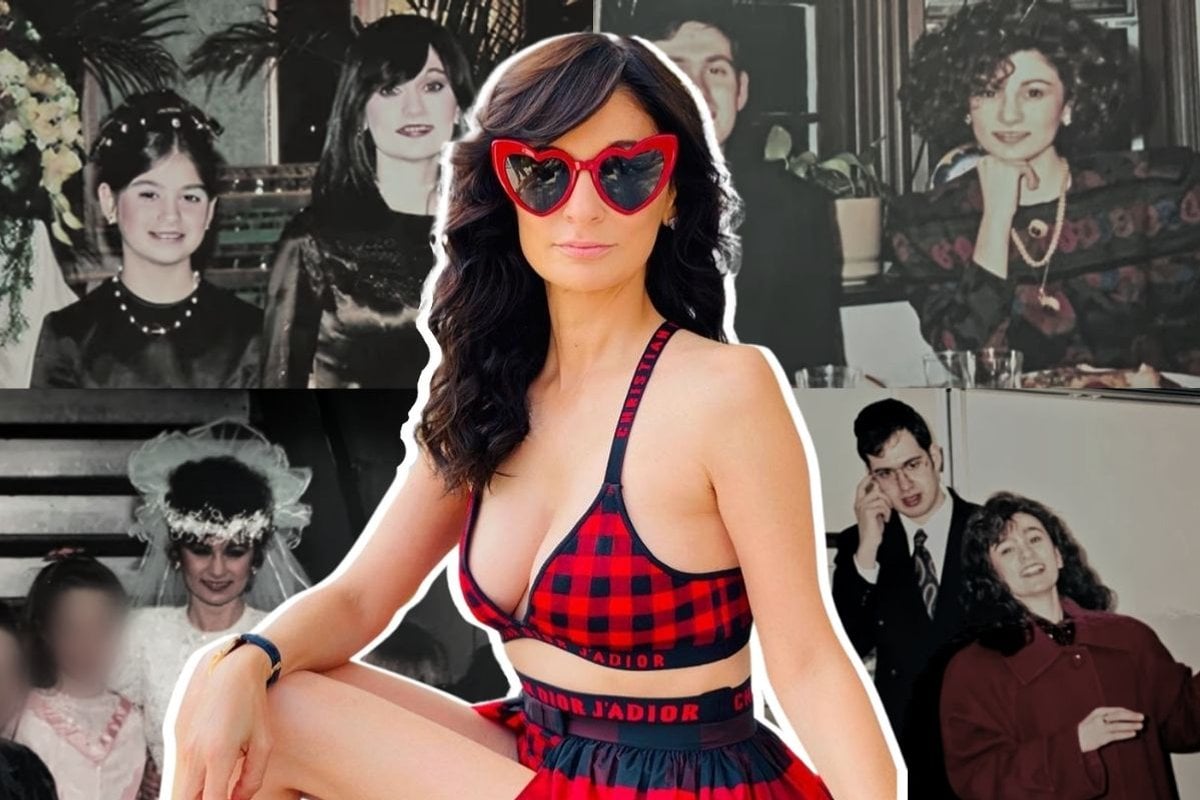 Julia Haart is one of the most influential names behind the scenes of the fashion and modelling world.

As CEO of Elite World Group, the world's largest modelling network, the 50-year-old designer and entrepreneur lives and breathes the newest trends, the biggest clients and considers herself a 'disrupter' of an industry that is still steeped in out-dated and sexist patterns.

She is the exact mirror-image opposite of the person she was just a decade ago - a married, mother-of-four living a strict ultra-Orthodox Jewish lifestyle that didn't allow her to even wear pants or drive a car, let alone spearhead a fashion and modelling empire.

Her life, and that of her children, is being featured in a new Netflix reality TV series called My Unorthodox Life, as they continue to navigate both their old and new worlds.

But after watching the series, we had to dig deeper into the incredible backstory of Julia Haart.

Here's everything we know:

The life she left behind.

Haart grew up and lived in the ultra-Orthodox Jewish community of 'Yeshivishe Heimishe' in Monsey, New York, until she was in her early 40s.

While she loved being Jewish, it was the fundamentalist lifestyle that she eventually broke away from - a world where she says little boys were taught to thank God every morning "for not making me a woman."

As Haart explains: "The women in our community were second-class citizens. We only exist in relation to a man. A woman can't sing because a man might get attracted to her. You can't ride a bicycle because your knees might show and some man might have bad thoughts about you. The women in our community were covered head to toe, and it was your mother's responsibility to teach you modesty. Your entire purpose was not to attract attention." 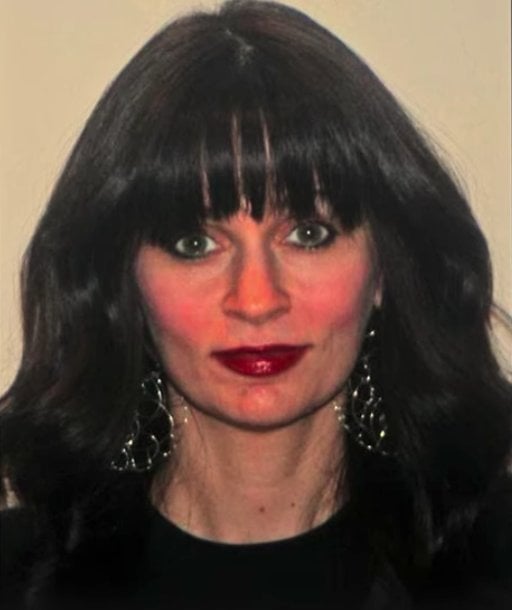 She recalls being taught from a young age that if any of her body was uncovered in public, she would go to a "special kind of hell" reserved for just her and her mother.

"In this hell, your mother would dip your clothes in acid and put them on your body, so throughout the day your body would decompose from the acid. And then the next morning it would start all over again for thousands of years, or however many years hell lasts," she explained.

It was her purpose, as a woman, to follow her husband and be a baby making machine. While a man could divorce his wife for something as small as burning dinner, she could never leave him, even if the marriage was violent.

As we learn from Batsheva, Haart's eldest daughter, sex is such an unspoken topic that even when she was preparing to marry aged 19, "my bridal teacher wouldn't even say the word sex. I literally new nothing."

Haart moved to Monsey, a major centre of Orthodox Judaism, when she was 11. At 19, she married her first husband, Yosef Hendler, in an arranged marriage and they had four children. She worked as a Judaic Studies teacher, but as she got older, she grew more and more uncomfortable with the life she was living. 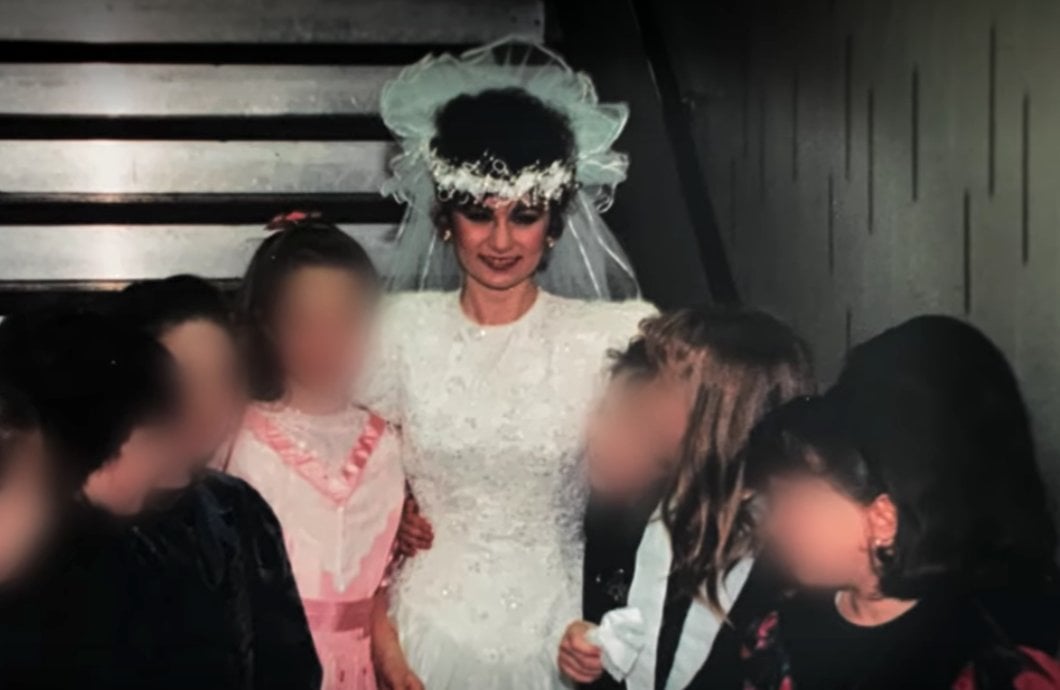 Haart married aged 19. She started to plan her escape in secret. Image: Netflix.

"Marriage was prison, I hated being married," Haart told My Unorthodox Life. "But I had no education, I had no way to support myself. How do I leave? So I thought, okay what is the one thing you can do without a degree? You can sell. It took me many years, but I started to sell life insurance without my husband knowing about it. I slowly started building my little escape fund and [then] packed up and left."

By the time Haart was ready to leave her old life behind, she was dangerously thin and having suicidal thoughts.

Gradually throughout her 30s, she had been exposing herself to the outside world, which she described to lohud was like "watching a documentary on whales, like watching another world. That was still me, nose pressed against the glass. Looking at the bakery inside but never tasting the croissant."

In an interview with the New York Times she added, "[Before I turned 35,] I’d had no radio, no television, no newspapers, no magazines. I’d never been to a bar. I’d never been on a date. I’d never slept in a room on my own. I felt like I was a Martian stepping on earth."

By the time she was ready to leave, she had just 13-year-old Miriam and seven-year-old Aron living at home. She walked away two days after her eldest daughter's wedding, and cites her daughter Miriam's struggles as the final straw.

"Miriam just didn't fit in. I watched them trying to mould her and twist her and make her into this obedient, quiet, meek woman and I just couldn't do it. And so I picked up my stuff and walked out the door," she told Bonni Laufer Krebs during an interview on YouTube. 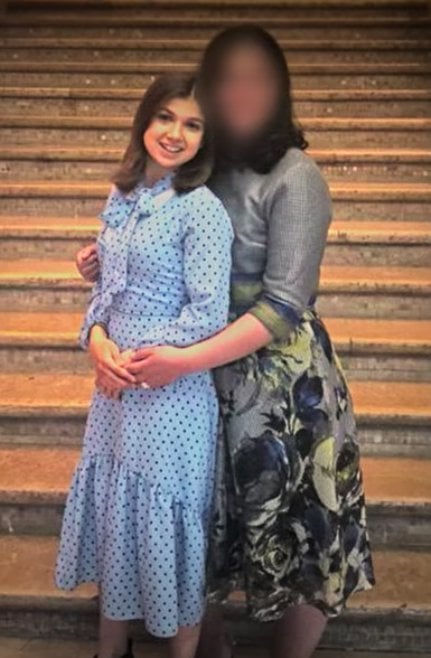 Miriam, who is bi-sexual, had a particularly hard time growing up in Monsey. It was her daughter's experience that eventually forced Haart to leave. Image: Netflix.

In Miriam's own words, she tells the Netflix show: "Growing up in my community I really had a hard time, all I wanted to do was run around and play sports, but I couldn't as a woman. I experienced constant sexism - I wasn't able to explore my sexuality at all. So my mum took me out of the community when I was 13. I am very much in debt to her and grateful."

Aron, now 14, still lives part-time in Monsey due to a shared custody arrangement with Haart's ex-husband which she admits "scares the living daylights out of her."

"If I don't go back there [to Monsey to see him], I won't have a relationship with my son to make sure that he is a fully functioning member of this world."

Miriam, like her mother, doesn't consider herself religious anymore. But Haart's eldest children, Batsheva and Shlomo still practice Judaism and are on various paths of self-discovery in terms of how 'strict' they want their new lives to be.

How Haart built herself a fashion empire.

After leaving Monsey in late 2012, Haart knew she wanted to work in fashion. To her, being able to wear whatever she wanted was the ultimate freedom.

She chose shoes as a starting point because, "even in my community, even though I got tonnes of flack, I kept on saying 'show me a law that says I cannot wear high-heeled shoes?' So my entire life, I have been wearing high-heeled shoes."

In 2013, with no formal training, she launched her own namesake shoe line with the goal to create shoes that were both fashionable and comfortable.

"I found investors in the craziest places. I found one investor at a restaurant. Second investor on an airplane. Third investor in an eye doctor’s office. Miracles. Literal miracles," she told the New York Times.

She partnered with a ski boot engineer and a German company that creates a gel used by NASA, to create wearable comfy heels and it worked. Within a year, they were being sold in seven countries. That soon grew to 17. As she told Jewish Telegraphic Agency, she had some real luck along the way - the first person to walk into her showroom was the head buyer of shoes for Harrods.

In 2016 she joined Italian luxury house La Perla as Creative Director where she met her second husband, Italian entrepreneur Silvio Scaglia. He brought her on as a co-owner and chief executive of Elite World Group, where she has since also started her own in-house fashion brand e1972.

As Haart admits on My Unorthodox Life, in the early years of her new life and career she was "still inside like this big ball of fear. I was always afraid someone was going to come and say you're such a fraud. You're a faker. We know you don't know anything."

She only started to tell people about her former life once she joined La Perla. Eight years later, she is telling the world via Netflix.

Since the release of My Unorthodox Life, Haart has received negative feedback from some within the Jewish community for her negative critique of her former lifestyle.

As she told Jewish Telegraphic Agency: "I learned many beautiful things in my community. I mean, during Purim, you don’t go and ask for gifts, you give gifts. There’s so much giving and generosity and gratitude and appreciation. I talk about it in this show, I talk about it in every interview. I love being a Jew, I love the people in my community. I hate fundamentalism, and there are aspects in our world that are fundamentalist, and they need to go, and they can go."