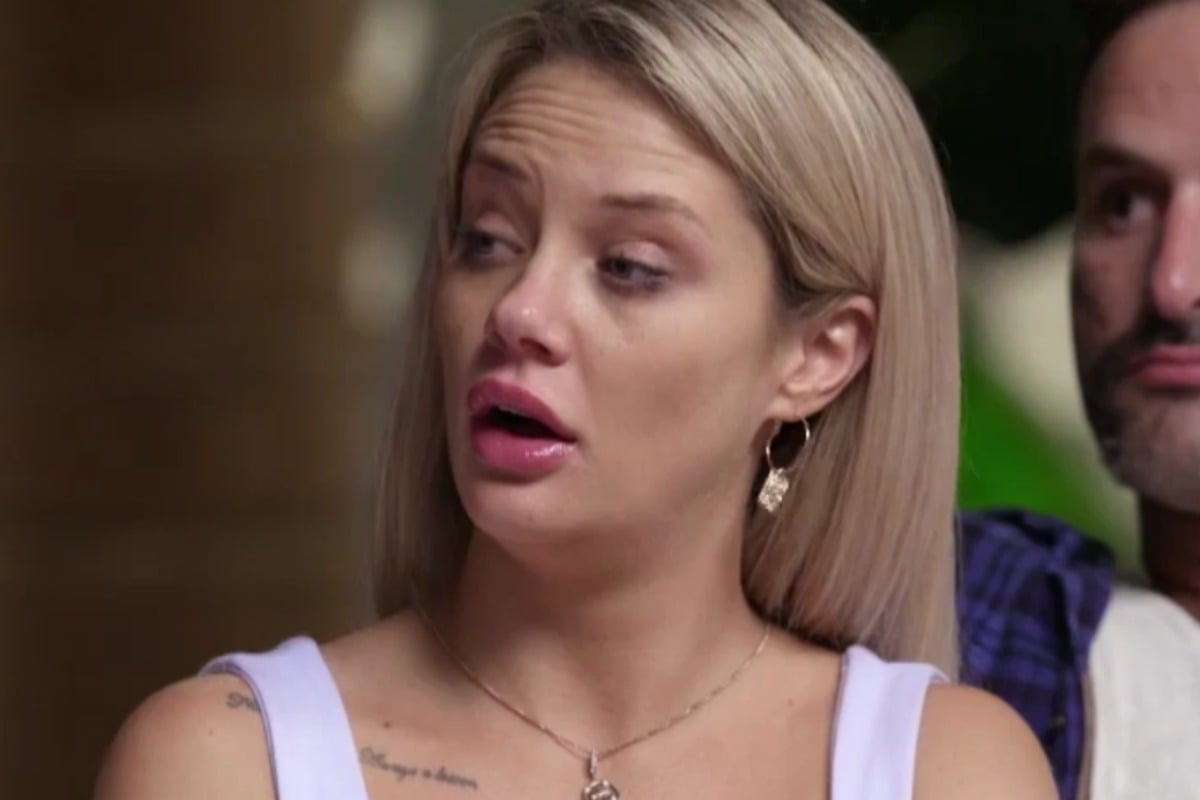 
At this point, we’ve seen so many Married at First Sight spoilers that we’re pretty certain we know exactly how the reality show is going to finish.

And now, thanks to a leaked production schedule from the set of MAFS, it seems our predictions were right all along.

The schedule, which was obtained by the Daily Mail, seems to confirm that Jules and Cam are the only couple left standing at the upcoming reunion finale.

According to the schedule, which shows the venues the contestants will stay in the night before the reunion, it appears Jules and Cam are the only couple who are sharing a hotel room.

All the other contestants listed on the schedule – including Cyrell, Melissa, Mick, Dino, Bronson, Tamara, Billy and Nic – had their own hotel rooms.

Of course, Mike and Heidi, Michael and Martha and Mark and Ning weren't listed on the leaked section of the schedule, meaning there's a slight chance these couples are still together.

And to make matters even more confusing, both Jessika and Dan weren't listed, leading some fans to question whether the pair will enter the reunion episode hand in hand. Eek.

2. Kim Kardashian just posted a photo of her face covered in psoriasis.


Kim Kardashian doesn't have a reputation for being relateable.

But the 38-year-old entrepreneur has opened up to her 131 million followers on Instagram about her struggle with psoriasis, a skin condition she has struggled with for years.

Posting on her Instagram story, she shared a photo of her face, with patches of psoriasis, with the caption "Morning psoriasis".

At the end of last year, the founder of KKW Beauty tweeted that she had reached a point where she was considering medication for her condition, given topical remedies weren't working.

The mother of three has inspired others to embrace their psoriasis, openly discussing the condition in order to find a solution.

Thank you to Kim Kardashian for finally giving me the strength to admit to the world that I, too, suffer the horrible ailment of psoriasis. I expect Kourtney to bring me buckets of breast milk as consolation for my bravery in the (blotchy) face of battle

I honestly have a lot of respect for Kim K for being so forward/open about her psoriasis. I have struggled for months now with an intense flare up most prevalent on my face & there have been days that I have felt embarrassed & even ashamed to leave the house.

For a woman whose brand relies heavily on appearance, to share such a vulnerable photo is very brave.

3. Err. Apparently MAFS’ Billy and Lauren are now together and WHAT.


We are getting to the point where we just CAN'T ANYMORE with the rumours of failed MAFS couples finding love with other contestants.

And with all the "anonymous sources" out there we honestly don't know what to believe.

Lauren, who was coupled with Matt the no-longer-virgin (yes, the one who infamously told his television wife he wasn't attracted to her shortly after they had engaged in coitus), and Billy, who was broken by Susie, the aged care nurse with a vicious hunger for sweetener. So, really, a match made in failed MAFS couple heaven.

According to an unnamed source who spoke to NW magazine, the two met at a MAFS reunion, connected instantly and exchanged numbers.

“The minute Billy laid eyes on Lauren, he had forgotten who Susie even was," they said. “Lauren was super giddy, and was asking around, trying to find out more about Billy."

And, look, who are we to doubt the words of an ~unnamed source~ ?

The rumour comes after reports of Mick and Tamara coupling up, and of course Jessika and Dan taking their affair into the real world.

Of course, there are still a bunch of other former contestants floating around out there unaccounted for.

Who will be next? Cyrell and King Dingaling (also known as Sam)?


One of the most bizarre yet riveting celebrity news stories of the past few weeks has prompted former co-stars of Felicity Huffman, who is allegedly involved in a massive college admissions scam, to call out the actress.

“We don’t know the facts,” she said. “But we could be extremely disturbed by the entitlement, the power, the money that could take away from those less privileged and that to me is disgraceful.”

“I think there are ways to remedy a system that isn’t working and that I think has been broken for a long time,” she added. “It’s troublesome, it’s troublesome because it could change the life path of a child that is deserving," she added.

Last week, Huffman, 56, was indicted  for allegedly paying $US 15,000 disguised as a charitable donation so her daughter could complete a rigged college entrance exam, giving her an easy gateway through to admission.

Almost 50 people — including Full House actress Lori Loughlin and her husband, fashion designer Mossimo Giannulli — have been charged in the nationwide scam.

Huffman, Loughlin, and Giannulli are scheduled to appear in court on March 29.

5. "I'm absolutely saddened by all the trolling." MAFS' Jules defends Cam after he broke down last night.


Married at First Sight’s Jules Robinson has come to the staunch defence of her TV husband Cam Merchant after fans mocked him for breaking down in tears during Monday night’s episode.

While most viewers saw this as a beautiful moment between the only two people on this show who actually seem to care about each other, some saw Cam showing his vulnerability as something that should be made fun of.

On Twitter, people questioned why the Sydney man was crying over the "drama" when he didn't have anything to do with it. Others, well, they were just being mean.

Jules was so "angry" at the abuse Cam copped that she penned an Instagram post admonishing those who thought it was okay to mock a man for showing emotions.

"I’m absolutely saddened and angry at all the trolling done tonight regarding my husband showing his emotions."