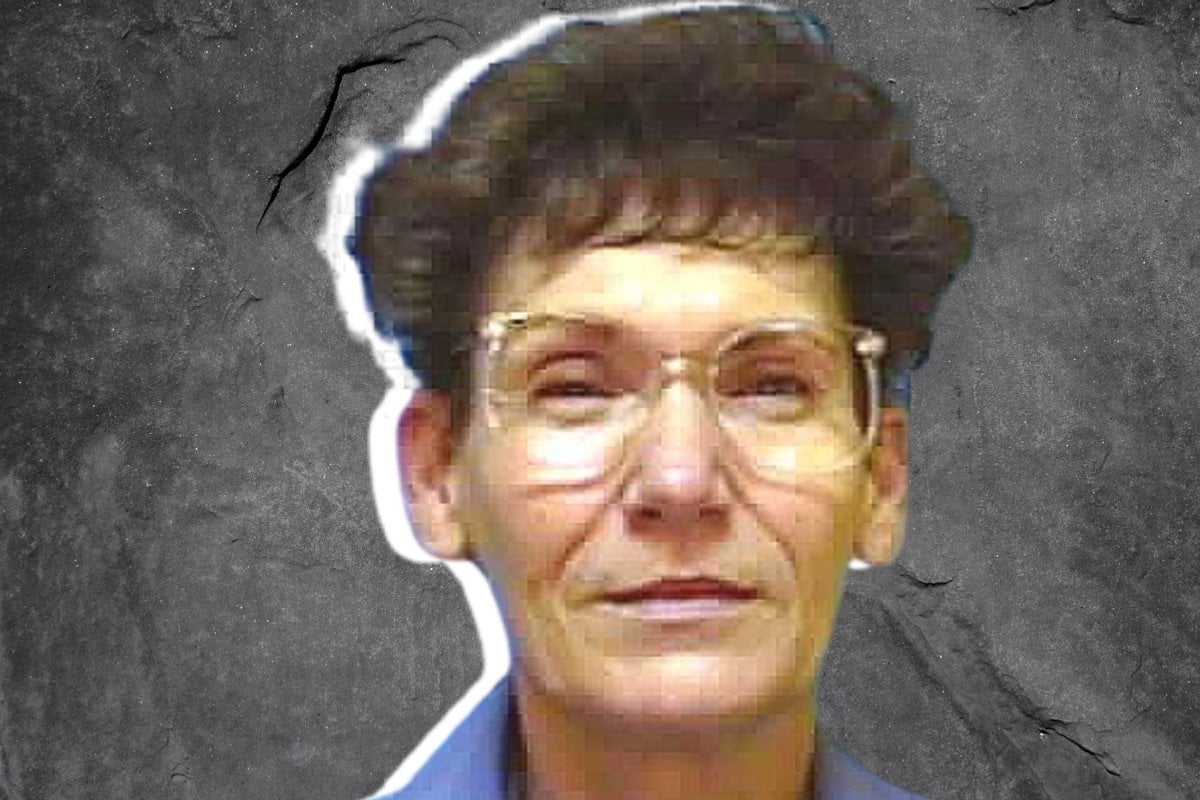 Around 10:30pm on June 25, 1983, wallpaper salesman John Gentry walked out of a restaurant in downtown Pensocola, Florida, and towards his nearby car.

He climbed in, put the key in the ignition and turned on the lights.

According to the South Florida Sun-Sentinel, as Gentry lay bleeding on the pavement, his fiancée, Judy Beunoano, who was still in the restaurant during the explosion, cradled his head and told him, "I love you."

It took three months in hospital, but Gentry recovered. That was not Buenoano's plan.

Though the man didn't know it at the time, he'd just survived a second murder plot engineered by Buenoano, a woman who went down in the annals of American crime history as "the Black Widow".

The web of lies.

After the death of her mother at age four, she was shuffled between relatives and fosters homes, and later claimed in court that she was physically and sexually abused at some.

At 17, Beunoano fell pregnant and in 1961 became a single mother to son, Michael.

Months later, it seemed she'd finally found stability when she began a relationship with Air Force Sgt. James Goodyear. The pair married and had two more children, and together the family relocated to Florida. But after Goodyear returned from a tour of duty in Vietnam in 1971, the otherwise healthy man fell ill — nausea, vomiting, diarrhea.

He died in hospital that September of cardiovascular collapse and renal failure.

Her subsequent partner, Bobby Joe Morris, died in similar circumstances in 1978. Yet later that year, she changed her name to Buenoano — a rough Spanish translation of ''good year', her first husband's surname.

Then in 1980, another tragedy. The woman's partially paralysed 19-year-old son, Michael, drowned after his canoe capsized during a family fishing trip on Florida's East River.

Each death was declared natural or accidental. And it would have remained that way were it not for John Gentry.

Listen: For insight into some of Australia's most infamous cases, listen to Mamamia's True Crime Conversations podcast.

Gentry recalled the time he first saw Judy Beunoano. It was at a Florida mud-wrestling bar in the early 1980s. He was there to "get drunk, raise hell" when he spotted her, the Texas-born beauty salon owner who would become his fiancée.

"[Judy] was standing at the bar, all dressed in black. She wore black quite a lot," he told The Chicago Tribune. "In fact, psychologically, I think that says a lot about her."

In November, 1982, John Gentry caught a cold. Beunoano gave him tablets — vitamins, she said. For several weeks he took two each night before they went to bed. But new symptoms took hold. Nausea. Weakness.

He went to hospital and recovered after a few days. But Buenoano gave him the vitamins again, and he felt ill within a matter of 15 minutes.

"I thought maybe there was something in the pills that was not agreeing with my stomach," he later told a court.

He stopped taking them, which he noticed seemed to anger his fiance: "She told me, 'If they aren't doing you any good maybe you should double the dosage'."

In the process of investigating the explosion, detectives traced materials used in the bomb to a particular supply store, where, according to The Chicago Tribune, Buenoano's name was on a receipt. Matching wire and tape were also found in her bedroom.

From there, they unravelled it all. The deaths of her son and two previous partners, and the life insurance policies she'd taken out on each. She'd collected more than US$200,000, and stood to earn another US$500,000 from Gentry's death.

The older men's bodies were exhumed for forensic analysis, which revealed they had sustained arsenic poisoning. Testing on the 'vitamins' she'd given to Gentry found them to contain paraformaldehyde, a substance used as a disinfectant that can be lethal if ingested at certain doses.

As for Michael, a court accepted the prosecution's case that she had deliberately overturned his canoe and left him to drown.

Though prosecutors suspected her to have murdered Morris, the case didn't proceed.

Afterwards, prosecutor Belvin Perry said, "Judy Buenoano was the coldest person I have ever met. It was a hot summer day when she was transported to Orange County [prison], but just looking at her gave me chills. She denied everything to the end."

But it was his colleague Russell Edgar who gave her the enduring nickname: "She’s like a black widow [spider]," he told Associated Press. "She feeds off her mates and her young."