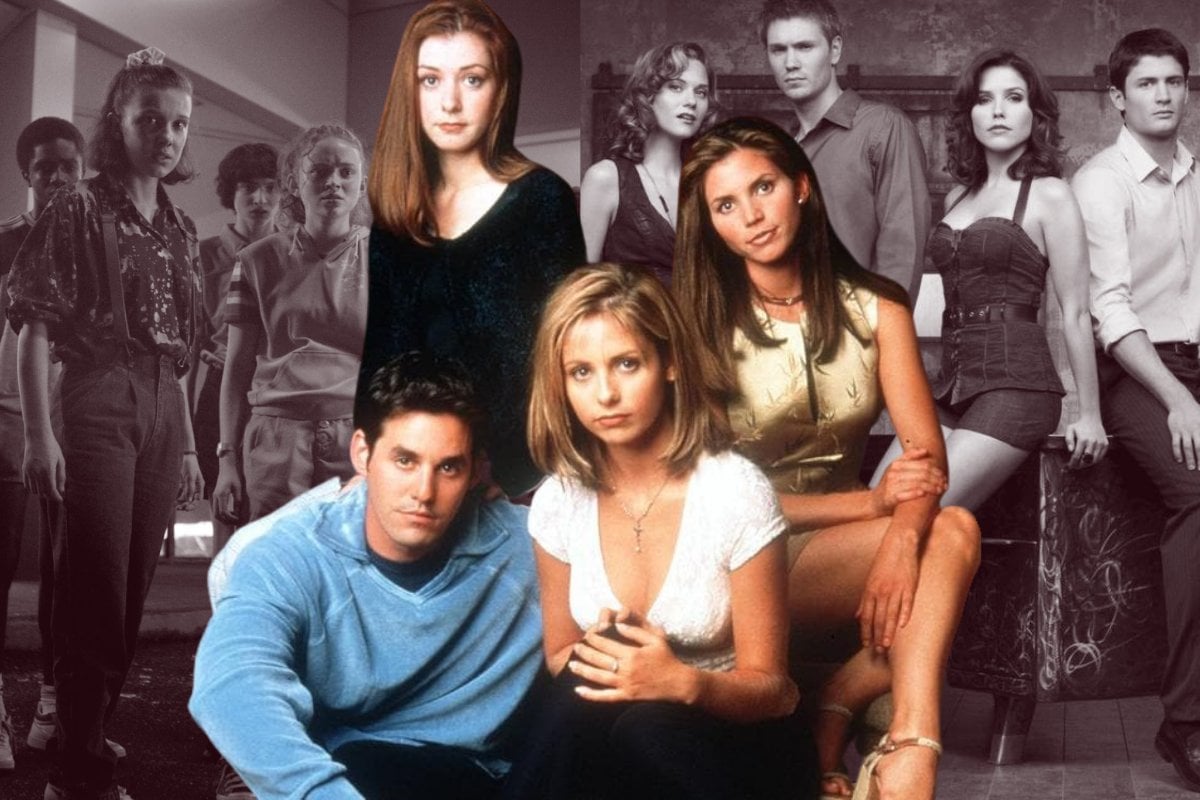 This week, actor Charisma Carpenter accused Joss Whedon, the creator of Buffy the Vampire Slayer, of "abusing his power" on set.

Sharing a lengthy statement to Twitter, Carpenter (who appeared in both Buffy and the spinoff Angel) explained how Whedon created a "toxic work environment" for both the cast and crew.

"Joss Whedon abused his power on numerous occasions while working on the sets of Buffy the Vampire Slayer and Angel," she wrote.

"While he found his misconduct amusing, it only served to intensify my performance anxiety, disempower me, and alienate me from my peers. The disturbing incidents triggered a chronic physical condition from which I still suffer. It is with a beating, heavy heart that I say I coped in isolation and, at times, destructively."

Carpenter also detailed moments where he abused her specifically. In her statement, she accused Whedon of threatening to fire her, pitting people against each other and calling her "fat" when she was four months pregnant.

She even explained that during a meeting, he asked whether she was "going to keep" the baby.

"In a closed-door meeting, he asked me if I was 'going to keep it' and manipulatively weaponised my womanhood and faith against me," she claimed.

"He proceeded to attack my character, mock my religious beliefs, accuse me of sabotaging the show, and then unceremoniously fired me the following season once I gave birth."

After Carpenter shared her statement, she was inundated with words of support.

"Buffy was a toxic environment, and it starts at the top. [Carpenter] is speaking truth and I support her 100 per cent," her former co-star, Amber Benson, wrote.

"There was a lot of damage done during that time and many of us are still processing it 20 plus years later."

While these allegations come as a shock to fans of the iconic '90s show, they aren't the first allegations against powerful people working on popular shows. Specifically, popular teen shows.

Listen to Mamamia's daily entertainment podcast, The Spill. In this episode, co-hosts Kee Reece and Laura Brodnik discuss the allegations against Joss Whedon. Post continues below.

In 2017, Mark Schwahn, the creator and showrunner of One Tree Hill, was accused of sexual harassment and emotional abuse.

After one of the writers, Audrey Wauchope, detailed her own abuse, many of her colleagues on the show came forward with their own stories.

In the Twitter thread, Wauchope claimed she was subjected to frequent and unwanted touching. She also said that she witnessed the showrunner showing off naked photos of an actress without her knowledge and that he asked her writing partner to consider calling off her wedding and dating him instead.

To say we were excited was an understatement. To say we left that job demoralized and confused is also an understatement. One of the 1st things we were told was that the showrunner hired female writers on the basis of their looks. That's why you're here - he wants to fuck you.

"All of the female cast members of One Tree Hill have chosen this forum to stand together in support of Audrey Wauchope and one another," the statement read.

"Many of us were, to varying degrees, manipulated psychologically and emotionally. More than one of us is still in treatment for post-traumatic stress," they said. "Many of us were put in uncomfortable positions and had to swiftly learn to fight back, sometimes physically, because it was made clear to us that the supervisors in the room were not the protectors they were supposed to be. Many of us were spoken to in ways that ran the spectrum from deeply upsetting, to traumatising, to downright illegal. And a few of us were put in positions where we felt physically unsafe."

When speaking to Variety, Hilarie Burton recalled years of abuse by Schwahn.

"Things took a turn in season three. That’s when Mark decided that I was his muse," she said.

After countless allegations of sexual harassment, Schwahn was fired from his most recent project: as creator and showrunner of the more-recent teen series, The Royals.

Twenty-five women from that show wrote their own letter accusing Schwahn of "repeated unwanted sexual harassment of multiple female members of cast and crew".

"Despite hearing rumours about his behaviour on One Tree Hill, those of us involved from the early stages went into the filming of the pilot hoping they were just that — rumours. By the time we wrapped, this had irrevocably proven not to be the case," they said.

The alleged abuse on teen shows doesn't stop there.

In 2018, Matt and Ross Duffer, the co-creators and showrunners of Stranger Things, were accused of verbally abusing female employees.

H. Peyton Brown, a former grip (someone who helps build sets) for the supernatural Netflix show, wrote on Instagram that "I personally witnessed two men in high positions of power on that set seek out and verbally abuse multiple women."

In a now-deleted post, Brown confirmed that she was referring to the Duffer Brothers who, days later, released a statement.

"We are deeply upset to learn that someone felt uncomfortable on our set," they told the Hollywood Reporter. "Due to the high-stress nature of production, tempers occasionally get frayed, and for that, we apologise. However, we think it is important not to mischaracterise our set, where we believe strongly in treating everyone fairly regardless of gender, orientation, race, religion, or anything else. We remain totally committed to providing a safe and collaborative working environment for everyone on our productions."

But while they deny the claims, an unscripted kiss on set drew further scrutiny.

During the second episode of Beyond Stranger Things, 15-year-old star Sadie Sink recalled a day on set where the Duffer Brothers insisted on an unscripted kiss with her co-star, Caleb McLaughlin.

Ross Duffer’s reply suggests that Sink was clearly uncomfortable with their decision.

"You reacted so strongly to this — I was just joking — and you were so freaked out that I was like, 'Well, I gotta make her do it now,'" he said.

Yet after the comments raised eyebrows among fans, Sink attempted to smooth things over: "I mean, of course I was nervous, because it’s a first kiss, right? But I never objected to [it] or felt pushed into anything," she told The Wrap.

While the abuse of power in Hollywood is a story that we've heard time and time again, it doesn't make new allegations any less shocking. Especially, when it involves the creators of shows that we so desperately love.