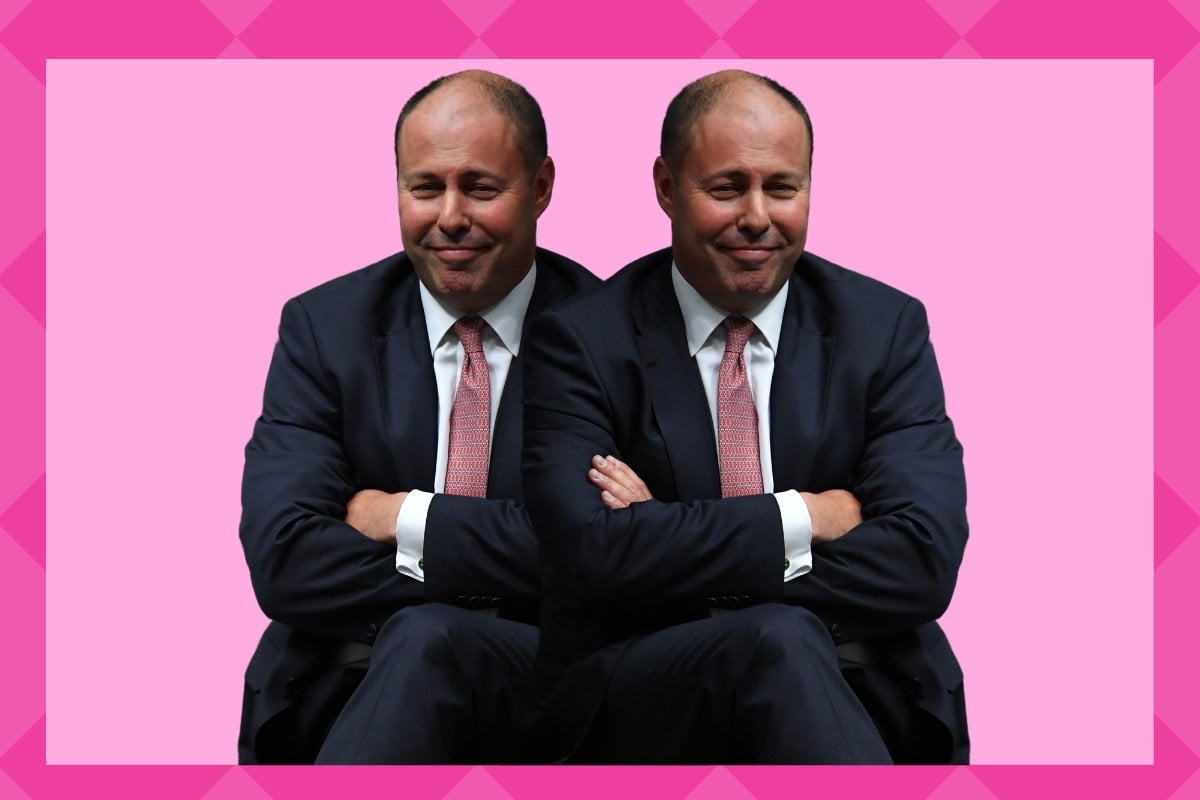 But Josh Frydenberg was back at the podium on Monday morning, flaunting his ample assets in his tight navy blue business suit.

The 49-year-old wore a closely cut navy blue suit, a white pinstripe shirt and a maroon tie, which complimented his sun-kissed glow.

He showed off his abs and pert derriere as he spoke about the country's economic recovery from the ongoing global pandemic.

The treasurer paired his outfit with his close-cropped hair and serious facial expression.

Fans flooded social media after the press conference to comment on the treasurer's outfit choice.

While many were impressed with the Treasurer's wardrobe choice, some felt it was sending the wrong message.

"I tuned in to hear about unemployment policies, not to be reminded that Josh Frydenberg has a body underneath his suit," commented one person.

"Children are watching this," said a woman named Linda. "Was his top button undone or did I imagine that?"

Frydenberg's press conference comes after he was spotted casually strolling along a beach in light pink board shorts last week.

In one image, he strategically covered his modesty with his hand. In another image, he can be seen casually running into the water, carefree.

The dad-of-two paired his board shorts with a multi-coloured towel, a navy blue bucket hat, and a pair of red thongs.

Last year, in a shock to fans, Frydenberg debuted a new look during a press conference, wearing a black suit, with a blue shirt and a silver tie.

"I just think we need to be warned if the Treasurer is going to completely change his look," said the same Linda from before. "Think of the children."