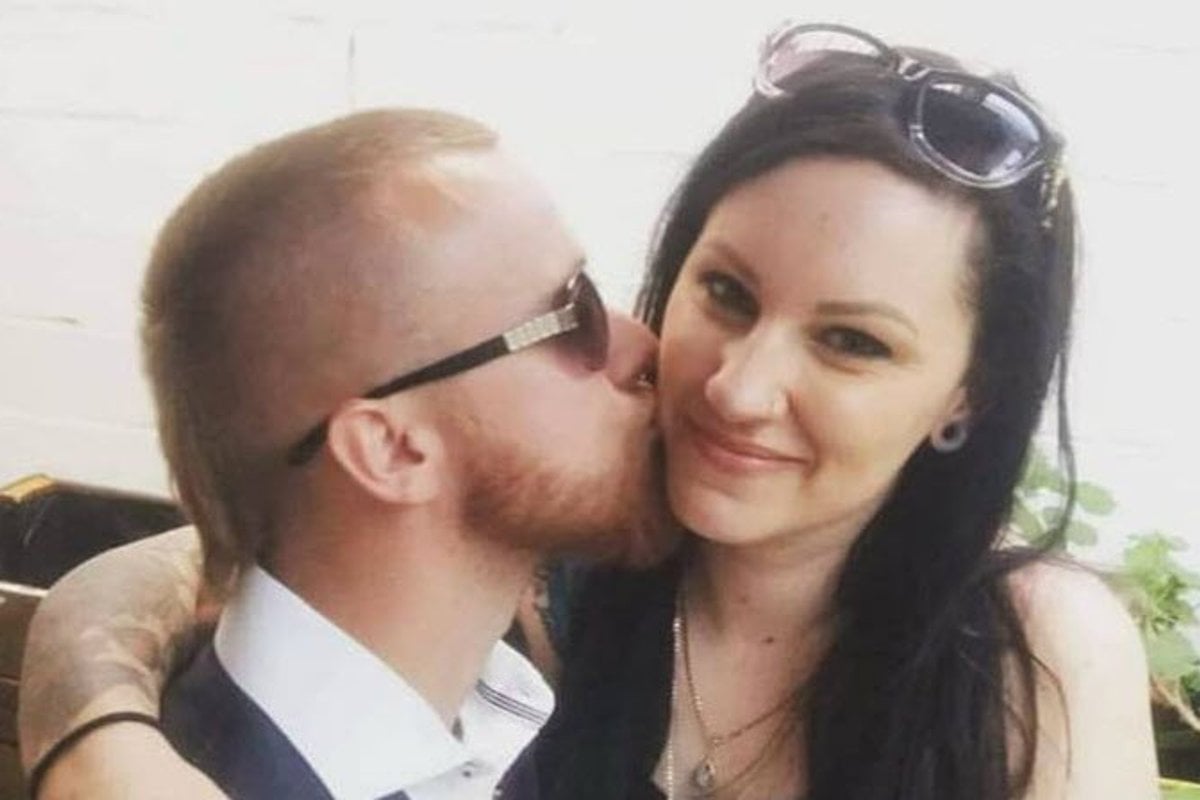 "Not Bentley?" she asked in another message, less than 20 minutes later.

The frantic messages were sent as news broke of a terrible accident at Curtin University in Perth, where a metal structure supporting the building's glass roof collapsed at 12.30 on Tuesday afternoon, killing one man and seriously injuring two others.

"Please send me a quick message if you are ok," she said in a third message, an hour after the first.

Hartshorn, 23, had been working on scaffolding five storeys up when the glass collapsed. He fell 20 metres, dying instantly. 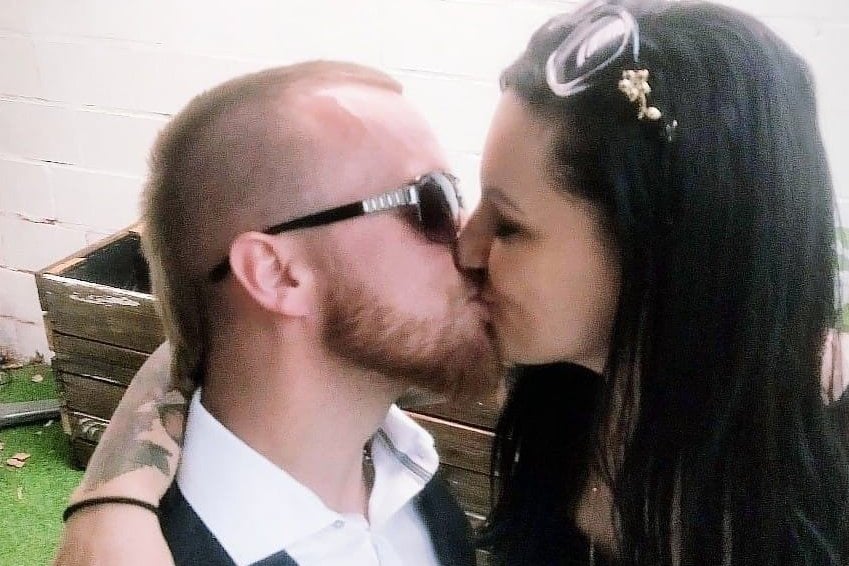 "I'm hoping and praying you are going to be ok," she said.

"I'm a mess and I always think life is too short and I'm so stupid, I should have just told you on the weekend how much I have fallen in love with you and I don't know what I will do without you in my life."

Galende shared her final messages in a Facebook tribute to her "soul mate and best friend" on Wednesday.

"The moment our eyes met, we both knew," she wrote about meeting Hartshorn on a night out, after friends had been trying to set them up for months.

She wrote their "six months [together] is like the most evil tease", as it was "long enough to fall in love with you, but not long enough to get into lovers' tiffs".

"I'll miss all the adventures we were planning together. I don't really know how life will continue now. No one had ever seen me as happy as when we are together. The world has just turned very, very dark and gloomy." 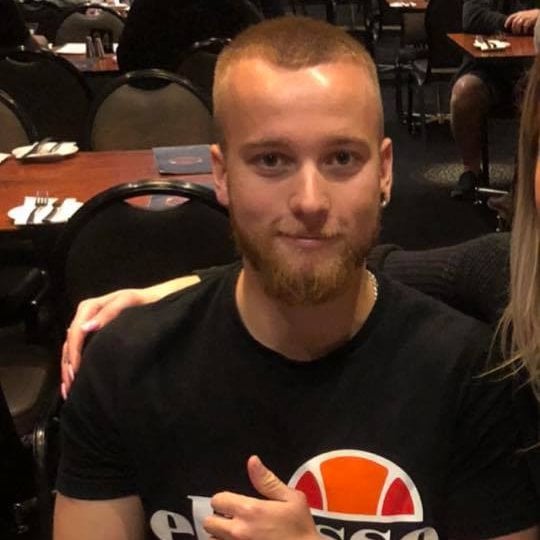 She said Hartshorn's death should never have happened and a "beautiful man" had been taken too soon.

"I knew a while ago that I've found the ying to my yang. My soul mate, my best friend, everything I could have ever wanted in life was right there with him, and I knew he would look after me forever."

Galende wrote about how much she appreciated her partner's love and support of her 10-year-old daughter.

"I'll always remember the time we went to the Margaret River Chocolate Company and you asked me if it was ok to buy Havana some chocolate.

"You hadn't even met her yet but you always let me know you were thinking about her."

Galende said she had spent the last nine years like a "cold hard rock," but it "didn't take long for Jonnie to knock all those walls down and for my true old self to come flooding back".

"Last week I told my best friend that I think I am in love with this guy, I almost told you," Galende wrote.

"But I didn't, I chickened out. That's my only regret."

"Jonnie's the most thoughtful, loving, caring bloke. He loved his family, his mates and his girlfriend," she said.

"Never will there ever be enough words to express how much he's loved by all of us, but just taken away like that... it's the worst feeling in the world."

A major investigation is under way into the "catastrophic failure" at the Curtin University building site that killed Hartshorn and injured two others.

On Wednesday afternoon his family released a statement saying he had woken from his induced coma.

"Rikki is a strong young man and a real fighter – we know he will do whatever he has to do, so he is out of hospital as soon as possible and enjoying his life again.

"However, it is still very early days and we do not know what the future holds."

A third worker, also 27, inside the building at the university's Bentley campus fell about 10 metres, and has been discharged from hospital. 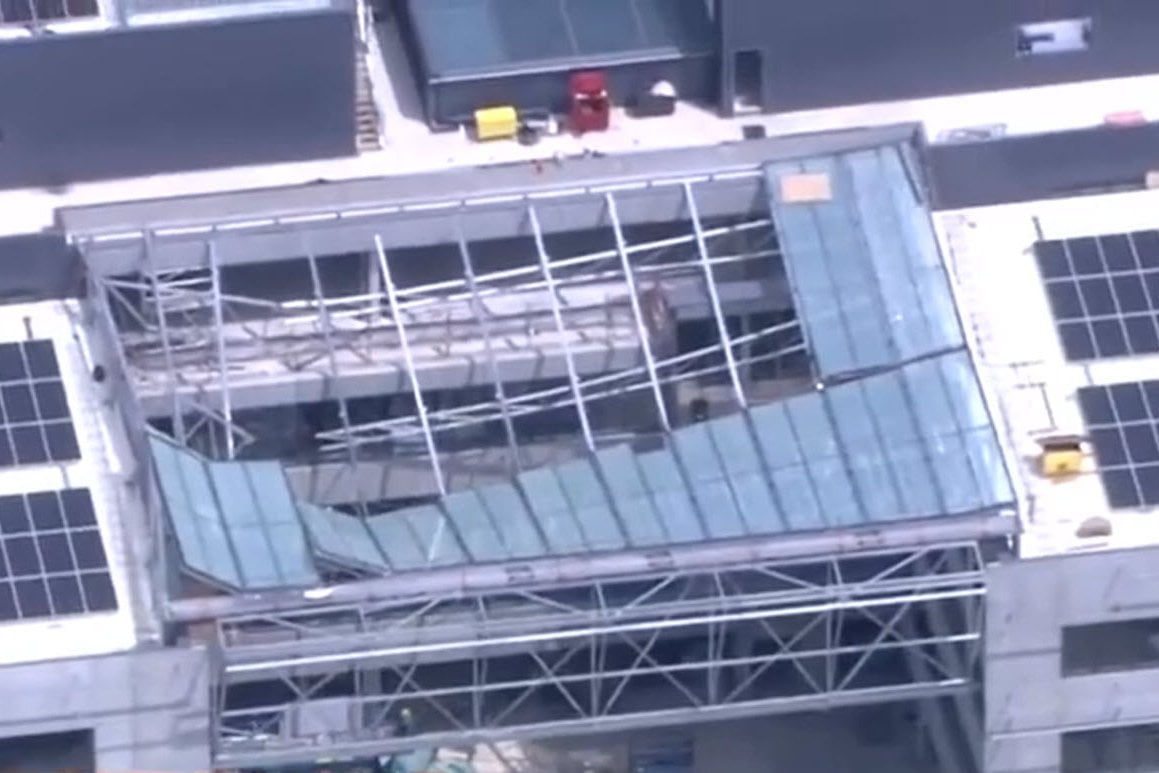 A WorkSafe investigation is under way, with a team of six investigators attending the site on Tuesday.

WorkSafe WA Commissioner Darren Kavanagh said there had been a "catastrophic failure".

"We will conduct a thorough investigation to identify the cause," he told 6PR radio on Wednesday.

Premier Mark McGowan said the incident was a tragedy.

"All of us are shocked and saddened by the loss of a young life. We are also concerned for the future of those people who have been injured," he told reporters in Geraldton.

He urged MPs to pass his government's industrial manslaughter legislation which would enforce a maximum penalty of 20 years' imprisonment for workplace deaths.

Families Left Behind spokesperson Regan Ballantine's 17-year-old son Wesley died at a worksite in 2017. She agreed the bill needed to pass as soon as possible, saying Hartshorn’s death was "jarringly close to home".

"The incident is glaringly similar to the circumstances in which my son lost his life," she told media.

"It just speaks to the fact these incidents are all too common, that four years later the construction industry hasn’t cleaned up its act enough.

"I know what that family is going through... it is absolutely harrowing."

He said there could have been many more deaths and injuries had it happened just five minutes earlier.

CFMEU state secretary Mick Buchan said he had been made aware after the incident of issues with "deflection in the structural steel".

"Those issues were addressed by structural engineers ... (but) I understand that there were some concerns," he said.

"It's 2020. These events should not occur in the building and construction industry."

The building will house Curtin's new architecture school. Construction began in 2019 and was due to be completed next year.

Students at Curtin laid flowers near the site of the accident and flags were lowered to half-mast.