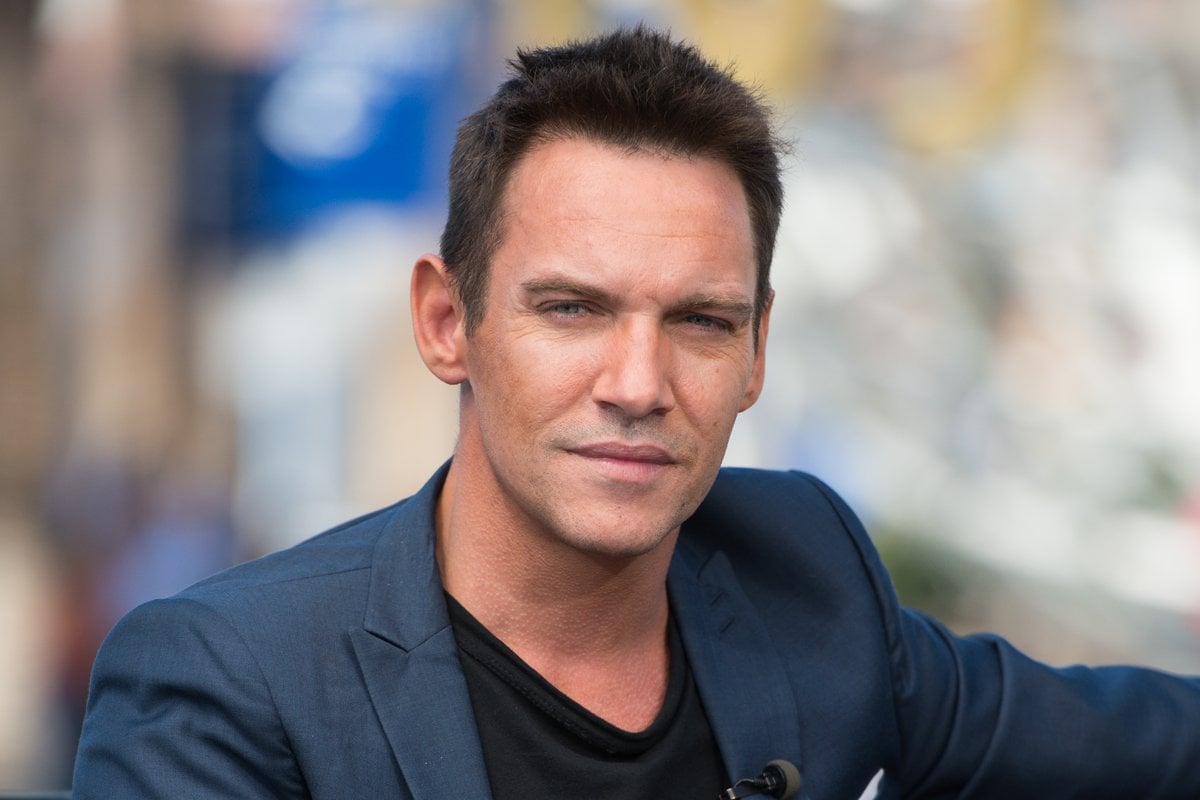 Jonathan Rhys Meyers was the football coach millions of girls dreamed of. Well, his character in Bend it Like Beckham was, at least.

The Irish actor, famous for his eyes and talent alike, was a rising star in the early 2000s, starring alongside the likes of Reese Witherspoon and Tom Cruise in blockbuster movies. In 2006, he won a Golden Globe for his depiction of Elvis in a CBS mini-series, before he played Henry VIII in The Tudors.

From the outside, Rhys Meyers' life was dazzling and dreamworthy. But as the years have gone by, the critically-acclaimed actor has opened up about his complicated history with addiction and how it has impacted his life.

Most recently, just this week, TMZ reported that Rhys Meyers has been arrested for driving under the influence (DUI) after he crashed his car in Malibu, California. The publication further reports that he failed a sobriety test, and was taken to jail. According to People, he was the only person in the car at the time of the crash, and has since been released. 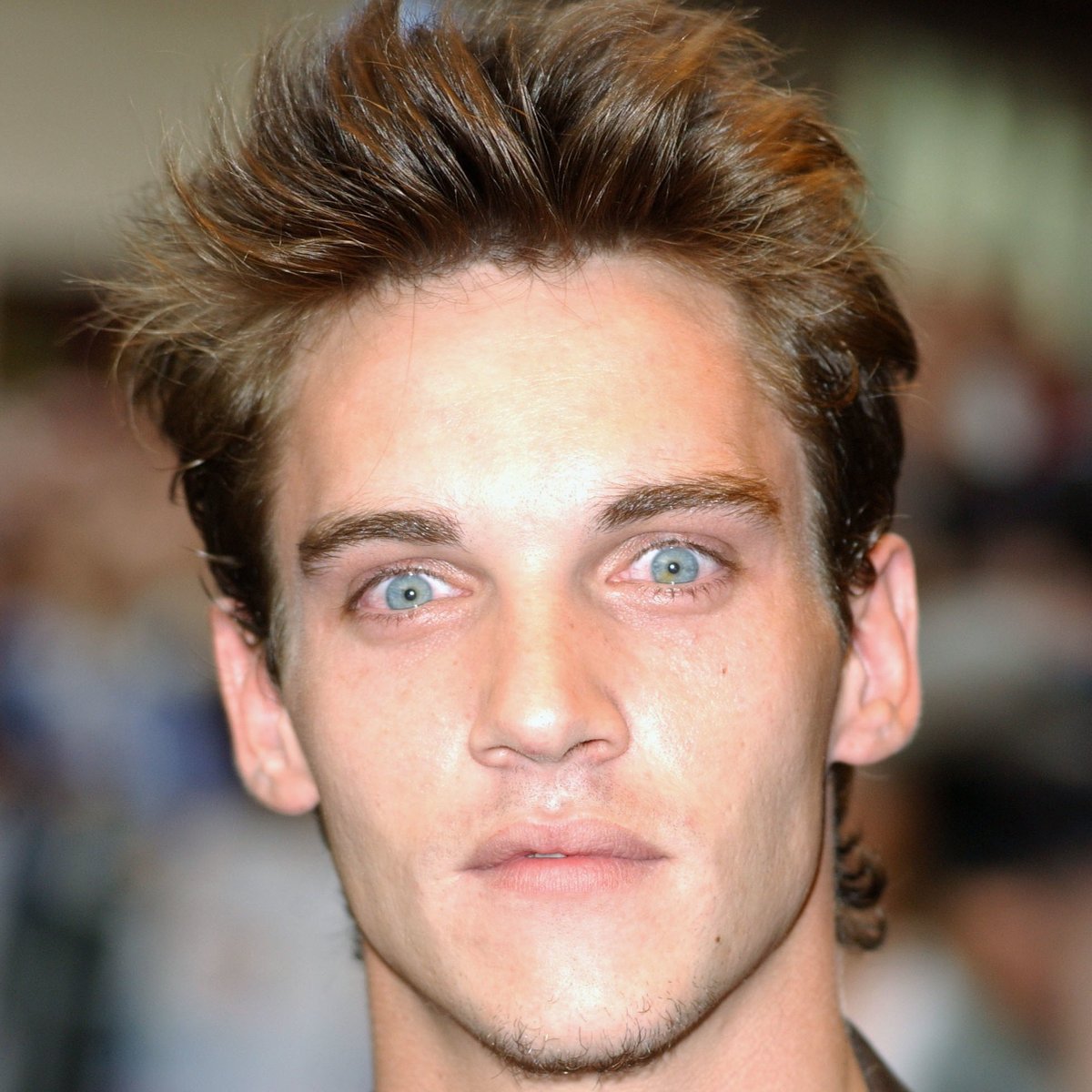 It's not the first time the actor has made headlines for his drinking.

In 2017, Rhys Meyers, who suffers from an 'alcohol allergy', relapsed following his wife Mara Lane's miscarriage. Lane opened up about her husband's struggles on Instagram.

“Depression is a real concern from past abuse as well as alcoholism which he was born with. He has been able to turn any ugliness and hurt in his life into art and is the strongest person I know,” she wrote on Instagram.

“I do not know anyone who has been through what he has been through and reached his level of successes. It does seem though that every time we seem to be making so much progress… sometimes it’s like two steps forward, one step back.”

9/7/17 Forever Young 🙏🏻🙌🏻With much sadness, we open our hearts to share that J and I lost our second child, who was baking in the oven. Child was very very much wanted (right now especially by J, so he took the news particularly not so well) and we are still working with coping skills over here... when life throws us curve balls such as these. Depression is a real concern from past abuse as well as alcoholism which he was born with. He has been able to turn any ugliness and hurt in his life into art and is the strongest person I know. I do not know anyone who has been through what he has been through and reached his level of successes. It does seem though that every time we seem to be making so much progress... sometimes it's like two steps forward, one step back. Thank you family and friends and all of you lovely kind beautiful people who send us good energy and thoughts and support. It is so appreciated. I have so much love for you. To some others, my husband is an Irishman who battles alcoholism and depression and drank between jobs to try to cope with the sadness of this news. I am trying to and still learning/adjusting to living with the public, like one would as a concerned mother-in-law. I feel that whomever took photos of my husband was slightly in the wrong and was concerned for the wrong reasons but ... it's ok. It's ok. Maybe you have/had a family to feed and need/needed money? I don't know. We forgive you. He is safe and with his sober living companion and bodyguard to get into a detox closer to home since he was denied hospital help twice in Ireland because of an already two month wait period. Life is life. Life is beautiful. Life is tough sometimes though so let's try not looking down at someone unless we intend on helping them up. Sending love to those in... Texas, Florida, India and Mexico with all the natural disasters going on. We are both so sensitive and the past couple of weeks have been so ouch in our hearts for all humans and animals affected. With Love, M&J

In 2018, Meyers was briefly taken into custody after a dispute with his wife at LAX airport, when the pair were flying from Miami into Los Angeles with their son, Wolf, now three years old.

Again taking to Instagram, his wife explained his husband's episode.

"8 months of sobriety and an unfortunate day of airline travel," she began. "We were in South America specifically working holistically through anger issues that result in these kinds of episodes. When in it... he is not in a frame of mind where he can really even comprehend the repercussions and necessary response to his own actions."

Detailing what happened, his wife said: "There was no argument, just me asking him to not use his [e-cigarette] per stewardess’ request to me and him not being himself, speaking very very unkindly. It was out of his character."

The same year The Guardian asked Rhys-Meyers what his biggest disappointment has been. He said "relapsing".

Speaking about the airport incident specifically, he said: "I tried to light an e-cigarette on an aeroplane and was told to put it out. I completely forgot I was on a plane. I’d had, like, three drinks, but it only takes three. I stopped as soon as I got off and I got straight back into my programme, because that’s what I do." 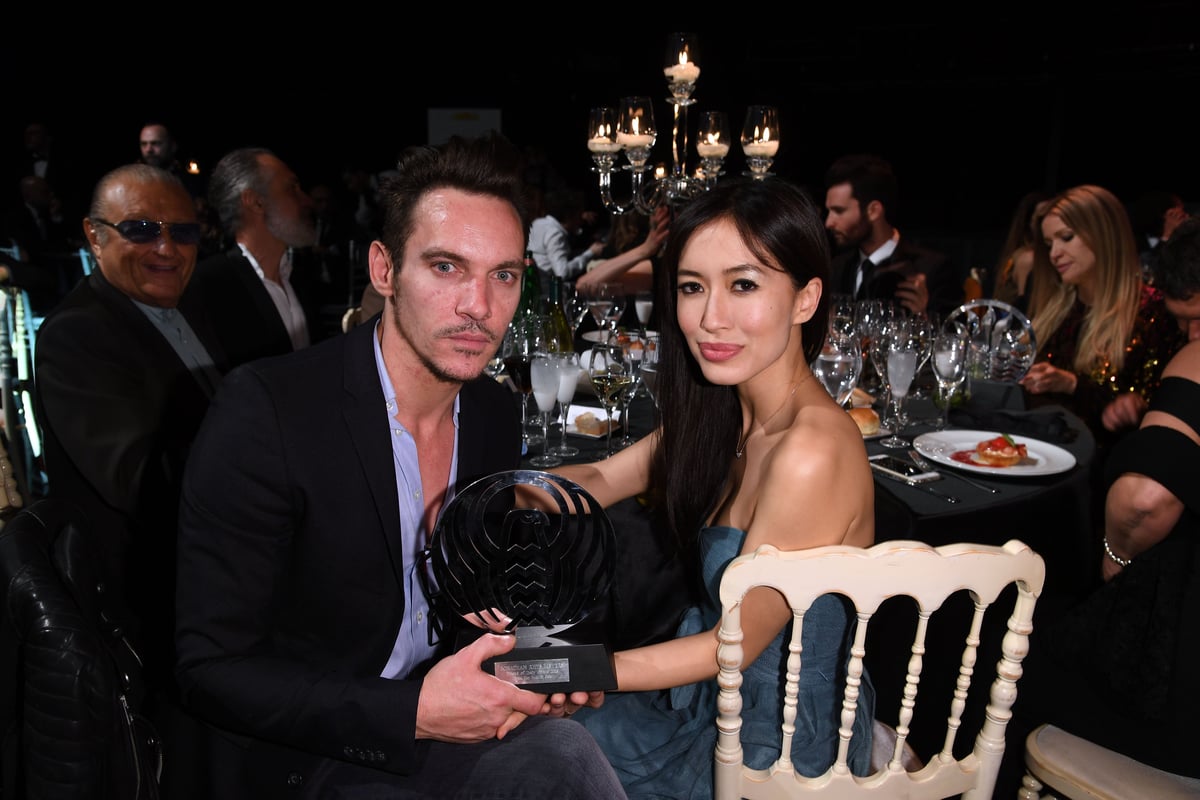 According to Daily Mail, Rhys Meyers has had a total of six stints in rehab, with his first being in 2005. Since then, he also went to rehab in 2007 after he was arrested for "demonstrating erratic, abusive behaviour at the Dublin, Ireland, airport," according to People.

In 2018 during an interview with Independent, the actor revealed: "I actually don’t like the taste of alcohol.

"I’ve let myself down by relapsing, and it’s my responsibility. Nobody else is to blame...

"I would be known as somebody who relapses with problem drinking, not alcoholism. I don’t suffer from alcoholism – I suffer from an allergy to alcohol every time I drink it. But once I stop, I never think about it again.

"That doesn’t mean that the problem is any less, it just means I have a different version of it. But when I drink, the consequences are so devastating that it is a problem. But I never need a drink. It’s not something that I crave."

Indeed, it's been a complex life due to a complicated illness.

As for work, Rhys Meyers continues to act with his most recent films being Awake, The Aspern Papers and Holy Lands.

When The Guardian asked the actor how he would like to be remembered, his answer was simple: "As a complex and brilliant man."

Reply
Upvote
In response to Rushes comment about allergy to alcohol - That is an AA term. It’s kind of like comparing someone with. Peanut allergy- they shouldn’t take it ever as it makes them sick.  For him alcohol is something he should never take as it makes him sick.
Complex chronic illness alcoholism and very hard to battle. Sounds like he is doing better then some.
rush 4 months ago

Reply
Upvote
@healthglo thanks for that explanation, that clarifies things for me a bit. I was confused, if it was an actual allergy and he's not an alcoholic, why did he just not drink, in the same way that people with peanut allergies just don't eat peanuts. I guess the 'allergy' thing is more of... a metaphor, or something?
rush 4 months ago

Reply
Upvote
I'd be interested to know where his diagnosis of an alcohol allergy comes from. A quick Google shows lots of results for the term, but they're all physical symptoms, the kind you'd get with any other allergy, IE: swelling, itching, stuffy nose, worsened asthma symptoms etc. Nothing about abusive behaviour or forgetting where you are. I'm obviously no expert, it's entirely possible this is a genuine thing - or perhaps he's just not ready to face the truth that he does have a problem with alcohol. Either way, I hope he sorts himself out.
News
General
Opinion
True Crime
Politics
Sport
Explainer
Entertainment
Celebrity
Reality TV
Movies
TV
Books
Rogue
Royal
Lifestyle
Beauty
Fashion
Weddings
Home
Wellness
Health
Fitness
Travel
Food
Parents
Before The Bump
Pregnancy
Baby
Kids
Teens
School
Parent Opinion
Work & Money
Money
Finance
Career
Lady Startup
Relationships
Sex
Dating
Separation
Friendship
Family
Real Life
Couples