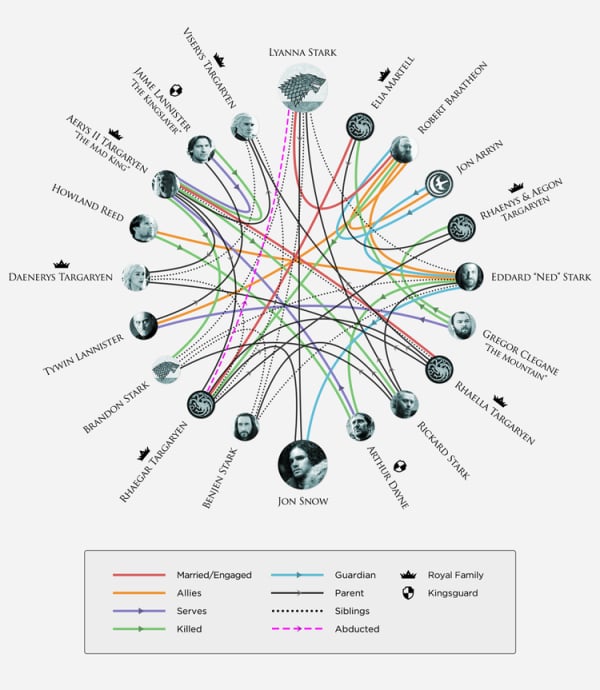 Sunday’s Game of Thrones finale finally gave confirmation to a long held fan theory: Jon Snow is the son of Lyanna Stark and not, in fact, the bastard of her brother Ned Stark.

However, when we watched Bran travel back in time to watch his father Ned comforting his blood-soaked, dying sister after she had given birth to Jon, we did not find out the real identity of Jon’s father.

It was heavily implied that Rhaegar Targaryen was Jon’s father, but the episode did not confirm that theory, once again causing fans to throw their Westeros-loving arms in the air in frustration and curse the many-faced gods.

Watch The Binge team react to the Game of Thrones finale. Post continues after video.

Sure, most fans were pretty sure Rhaegar Targaryen was Jon’s father but when dealing in A Song of Fire and Ice, it can be pretty dangerous to become too attached to a theory… or a story-line… or a main character.

The show doesn’t offer answers to theories created by the books.

Well, there is now one less theory for GOT fans to focus on.

Now Game of Thrones fans can get back to focusing on the important questions.

Is Bran the builder who built the wall?

Which little brother will be the one to kill Cersei? Will George R.R. Martin finish the next book in my lifetime?