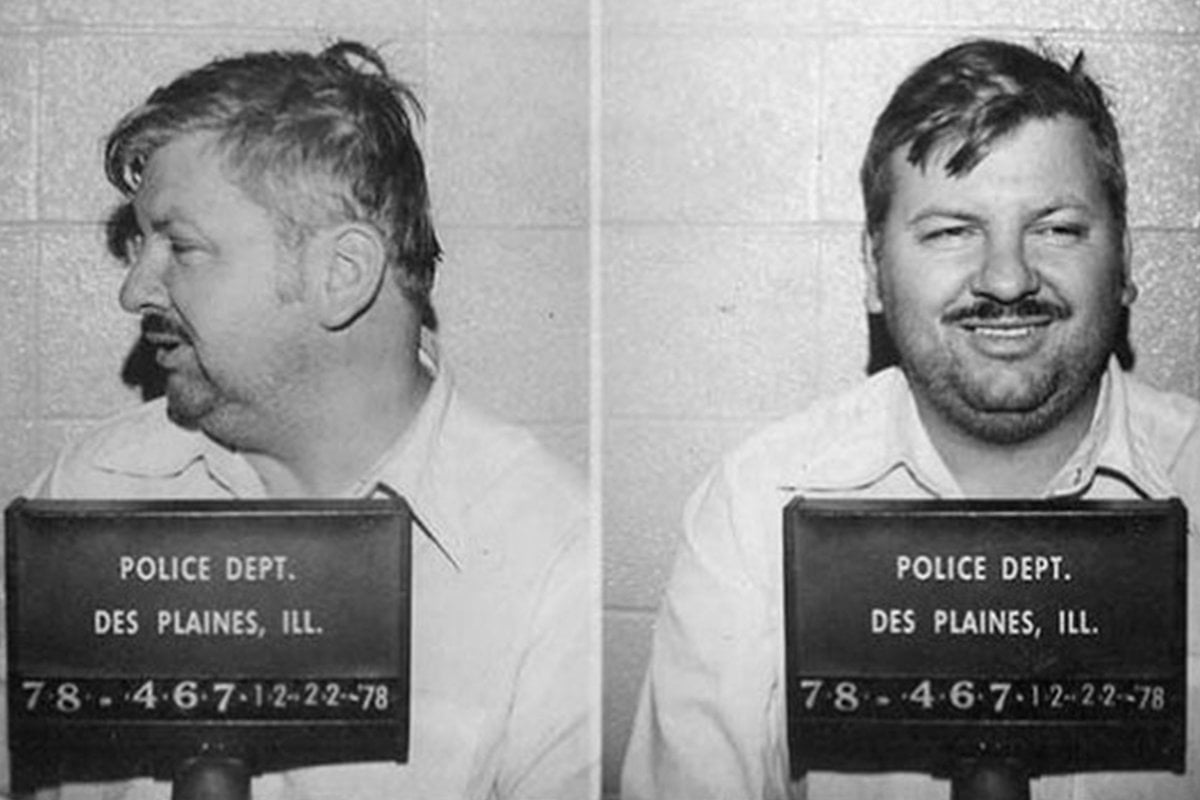 This post discusses sexual abuse, torture and murder. It may be triggering for some readers.

John Wayne Gacy, aka the Killer Clown, was put to death by lethal injection in 1994. But families are still going through the horror of finding out that he murdered one of their loved ones.

In 2021, the family of Francis Wayne Alexander were told that their son and brother, who they last spoke to in the 1970s, was dead, and that he’d died at the hands of Gacy.

Gacy is known as one of the US’s worst serial killers. He grew up in Chicago with an alcoholic, abusive father, who often beat him and told him he was stupid. After a brief period working as a mortuary attendant, he studied business, got married to Marlynn Myers, started managing KFC restaurants in Iowa, and had two children.

Now, a documentary exploring the mind of this serial killer is airing on Netflix.

Watch the trailer for Conversations With A Killer: The John Wayne Gacy Tapes. Post continues after video.

The new docuseries airs never-before-heard audio from the interrogation of Gacy. In the Netflix original, new interviews with investigations, survivors and experts thread through the horror of his crimes. 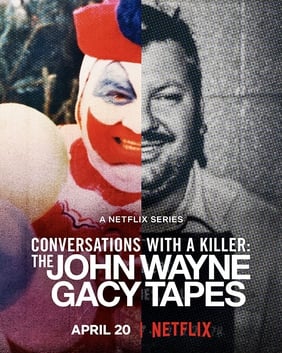 To outsiders, he seemed like a normal, successful man. But he had a dark side. He would invite teenage male employees to his house, give them alcohol, and make sexual advances.

In 1967, he sexually assaulted 15-year-old Donald Voorhees and was convicted of sodomy and sentenced to 10 years in jail. His wife divorced him.

A model prisoner, he became head cook and negotiated better conditions for prisoners, including a mini-golf course. He was released in 1970. While still on parole, he was arrested twice for forcing teenage boys into sex. Both times the charges were dropped.

Gacy bought a house in Chicago and became a respected member of the local community, hosting parties attended by hundreds of people. He married Carole Hoff, a divorcee with two children, and started a construction business. He would dress as Pogo, the happy clown, or Patches, the more serious clown, and perform at parties, charity events and children’s hospitals.

His wife Carole noticed a decaying smell coming from the crawl space under the house in 1972. Gacy said it was a broken sewer pipe. They later divorced. 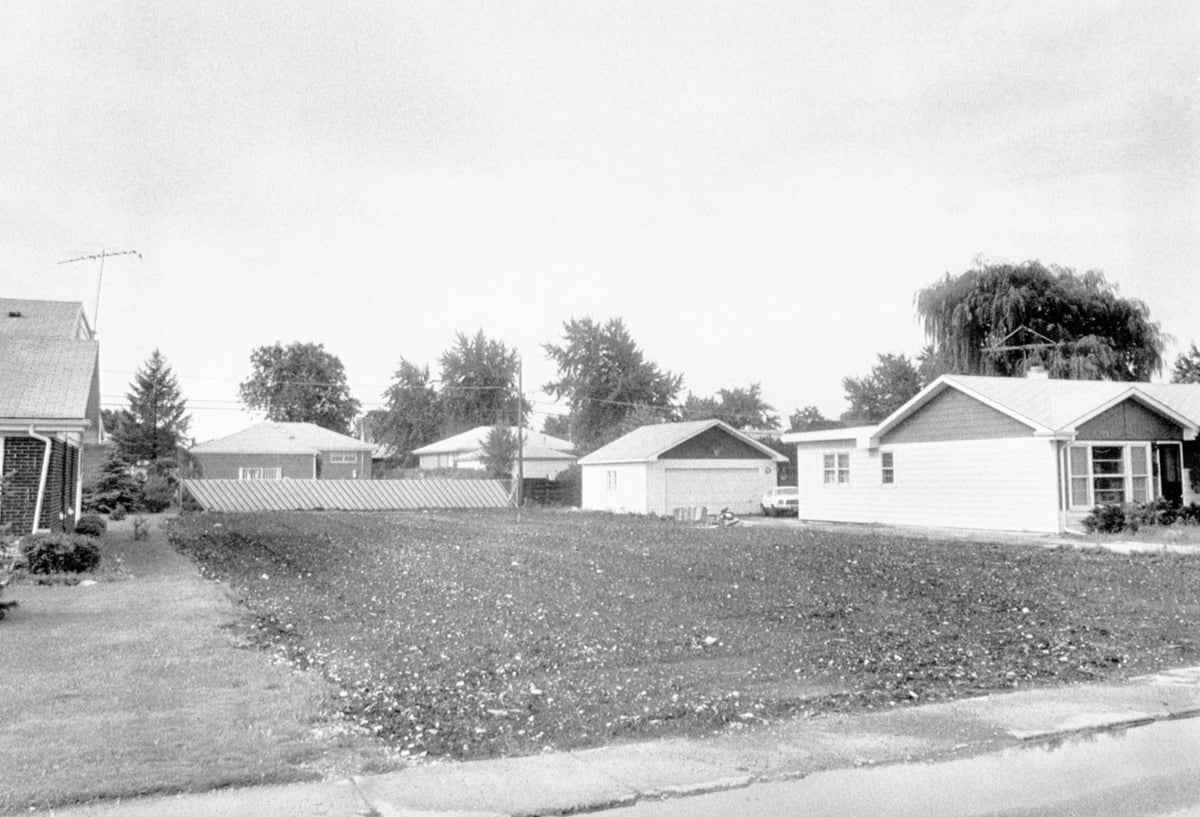 Some worked for him at his construction firm. Others he abducted at gunpoint or talked into visiting his home. He targeted bus stations, looking for young men from out of town. He handcuffed, raped and tortured his victims, then buried them in the crawl space under his house, until there were so many bodies that he ran out of room and he started dumping them in a nearby river.

In late 1977, Gacy abducted a 19-year-old student called Robert Donnelly from a bus stop. After raping and torturing Donnelly, Gacy released him, and Donnelly reported the crime to the police. But Gacy managed to convince the police that everything that had happened had been consensual, and no charges were laid. The killings continued.

In late 1978, Gacy told 15-year-old Robert Piest to come and see him about a construction job. When Piest turned up, Gacy killed him. Someone had overheard the conversation about the construction job, and gave Gacy’s name to a police officer. Piest attended the same high school as the police officer’s son. The officer took the report seriously and investigated Gacy.

Eventually, the police found enough evidence at Gacy’s house to arrest him. He confessed to murdering "maybe 30" people. 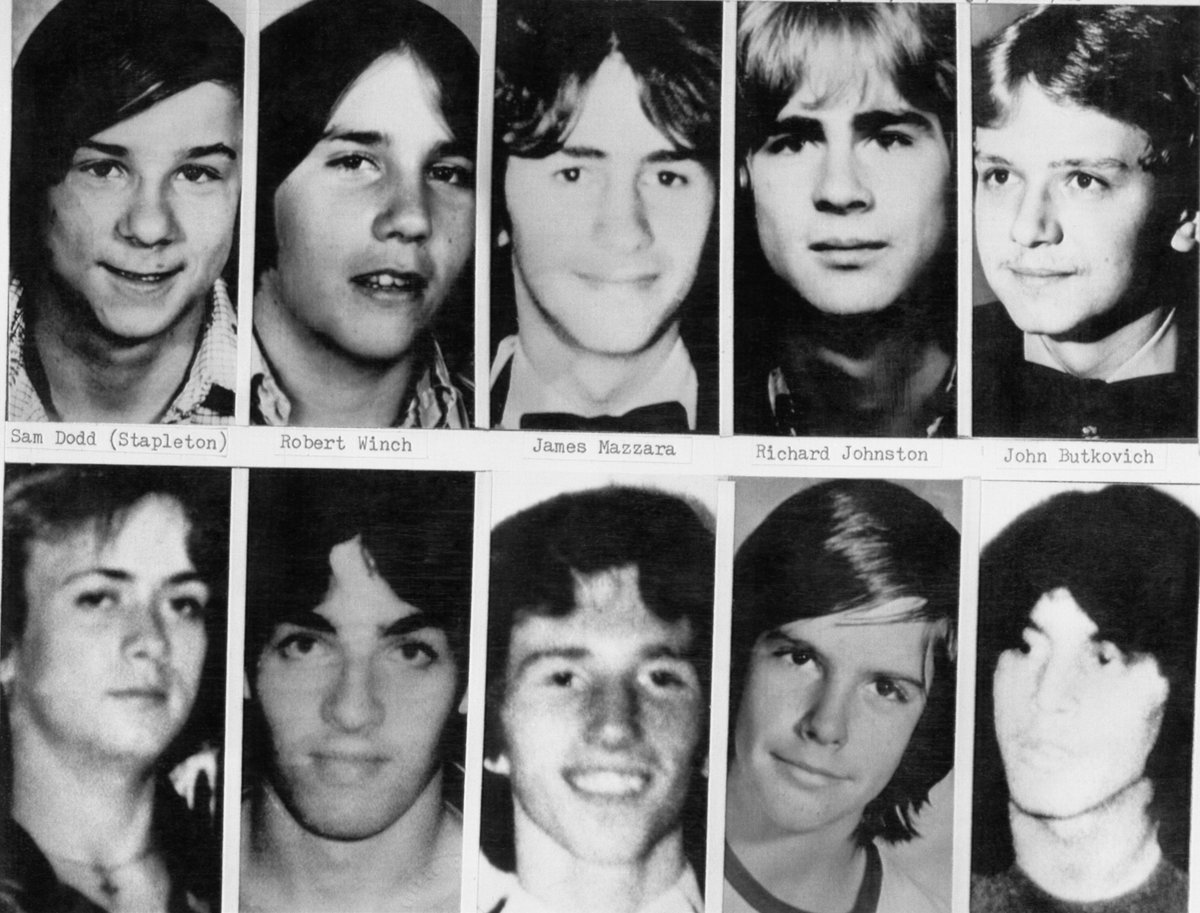 Crowds gathered to watch as the police excavated the crawl space under Gacy’s house and his yard.

"I’m surprised we haven’t had more calls from parents," Sergeant Howard Anderson said. "Maybe they cannot imagine their sons getting involved in a case with homosexual overtones."

Photos of Gacy in full clown makeup were published, and clowns in the Chicago area started to lose bookings.

Gacy was eventually charged with 33 murders. Some of them were young men who had never been reported missing because they were estranged from their families.

Eight of the victims could not be identified. They were buried under headstones with the inscription: "We are remembered."

Gacy spent 14 years on death row. During that time he painted many pictures, including of himself as Pogo or Patches. His paintings sold for up to $20,000.

In 2011, the Cook County Sheriff's Police Department exhumed the unidentified victims and came up with DNA profiles for each of them – all male, white and aged from 14 to 32. They asked anyone whose male family member had gone missing between 1970 and 1979 to provide a DNA sample.

Later that year, one of the victims was identified as 19-year-old William Bundy. Bundy had gone out to a party in 1976 and never came home. His sister, Laura O’Leary, thought he might have been one of Gacy’s victims because he was working in construction before he died.

Watch True Crime Conversations, Mamamia's podcast explores the world's most notorious crimes by speaking to the people who know the most about them. Post continues after podcast.

"I always knew he was going to be one of them," she said. "But there was no DNA back then, so there was nothing I could really do."

In 2017, another victim of Gacy’s was identified. He was 16-year-old Jimmy Haakenson, who had run away from his home in Minnesota. Haakenson’s nephew had been curious about the uncle he never knew, and while searching for him online, had come across the Cook County Sheriff’s plea. He’d convinced his dad and his aunt, Lorie Sisterman, to provide DNA samples.

"One of the worst people in the world that walked the earth murdered my brother," Sisterman said. "You hope for something different. [But] I’m so glad to know where my brother is."

Recently, the sheriff’s department teamed up with the DNA Doe Project, a non-profit organisation that uses genealogy websites to identify victims. They tracked down the family of 21-year-old Francis Wayne Alexander, from North Carolina, last seen in 1976. Alexander’s family had never reported him missing. They had assumed he was still alive but didn’t want anything to do with them.

"It is hard, even 45 years later, to know the fate of our beloved Wayne," Alexander’s sister Carolyn Sanders wrote. "He was killed at the hands of a vile and evil man. We can now lay to rest what happened and move forward by honouring Wayne."

Since 2011, police trying to identify Gacy’s remaining victims have ended up solving 11 other cold cases. They identified several other sets of remains, including that of a teenager who’d run away from an orphanage and died in the nearby woods. They also tracked down a number of missing people who were still alive, including a man in Oregon who had no idea his family was looking for him.