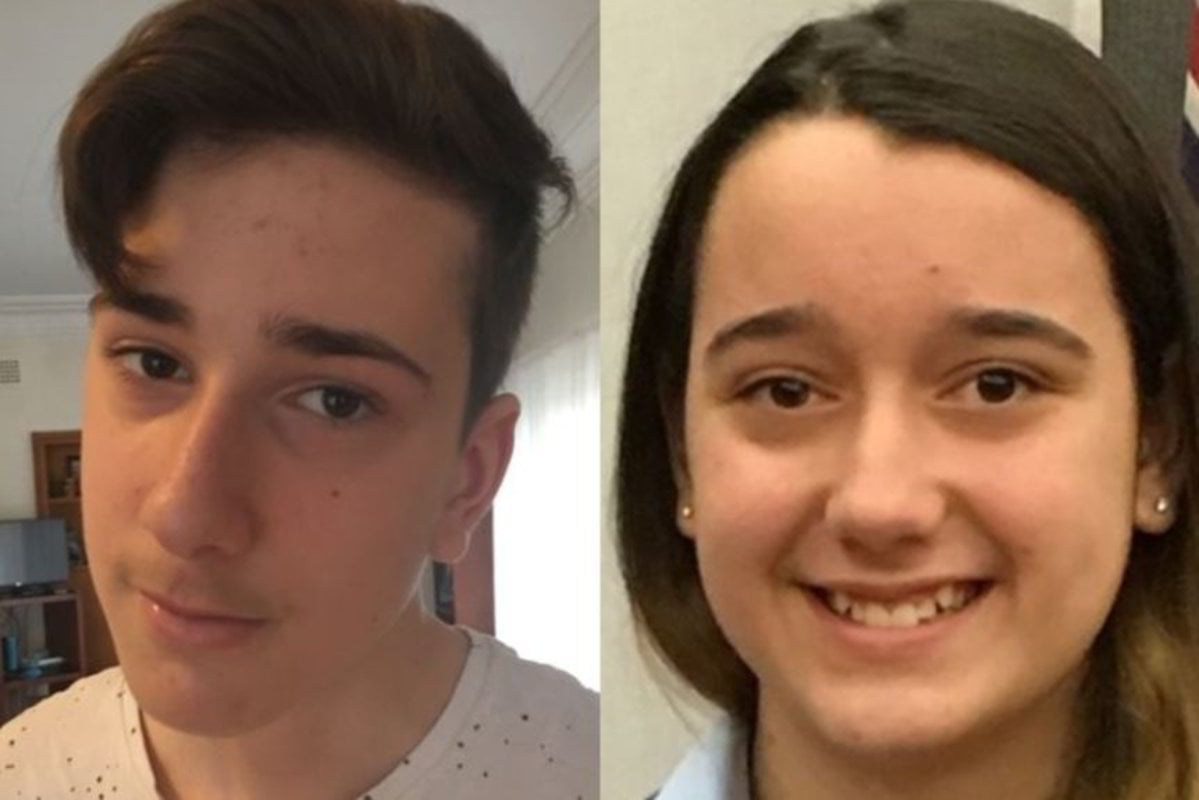 It was the middle of winter, 2018, when a man named Bruce Wilson heard what he describes as "an almighty bang".

Just past 5pm on a Thursday, West Pennant Hills was normally quiet and still. Located about 20 kilometres from Sydney's central business district, the suburb is known for its wide, leafy streets, full of young families.

But on July 5, the neighbourhood felt different.

Wilson approached the house next door, and watched as John Edwards, 67, half skipped down the stairs.

He thought to himself, "I've got to concentrate on his features, and his height... because I think he has shot the children."

Wilson eventually made his way to the neighbour's front door and says he stood there for a while. "It just felt demonic," he told an inquest earlier this month. "So bad, such an eerie feeling of standing there."

His instincts would prove correct.

That evening, police entered the three-bedroom house on Hull Road, and discovered the bodies of 13-year-old Jennifer Edwards and 15-year-old Jack Edwards. They had been shot with a handgun police have only described as "powerful".

When police told her what had happened she collapsed from "severe shock". She would never recover.

By the time police tracked down John Edwards the following morning, he was dead.

It is impossible to grasp how much was lost when Jennifer and Jack's lives were taken from them decades too soon. Jennifer was halfway through Year Eight, Jack halfway through Year Ten. They spent the last afternoon of their lives hiding from their father in a bedroom, clutching each other beneath a desk, terrified of the man who was most meant to protect them.

Five months later, in December of that same year, Olga Edwards' body was found inside her home. She had died by suicide. Even in death, John had claimed yet another life.

The 36-year-old had spent those remaining months unable to leave the house. At night, she often slept in the beds of her children.

It has been more than two years since a father decided to murder his teenage children, and in so doing destroyed the life of their mother left behind.

If only a tragedy of this magnitude was avoidable. If only there was something that could be learned.

The ongoing inquest tells us it was avoidable. That there is much to be learned.

If only Edwards' history of psychological and physical assault that stretched back almost 30 years had been taken seriously. Edwards had been assaulting women and children for longer than Jennifer or Jack had been alive.

If only, when Olga Edwards made reports to police, they were considered within the context of Edwards' pattern of behaviour. If only police further interrogated the complaints of violence, intimidation and stalking by five of his ex-partners and three of his children.

If only police were appropriately alarmed that one of Edwards' ex wives was so scared of him she moved to Queensland and changed her name.

If only Olga Edwards had been listened to when she went to police in December 2016 and told them that Edwards was assaulting their children.

If only any of the reports she made about three separate assaults perpetrated by Edwards had resulted in police action, including accounts of Edwards punching and kicking Jack for touching his iPod. And slapping Jennifer in the face for not going to bed. Witnesses at the inquest say Edwards was beating Jack "almost daily" including one particularly violent incident in Paris where a passer-by felt compelled to intervene.

If only Olga Edwards' complaints had been recorded correctly. Instead, the incident was filed as "domestic violence - no offence," with an additional note that read, "Maybe a premeditated attempt to influence some future family court and divorce proceedings".

If only a senior constable had not made an incorrect and unsubstantiated assumption about why Olga Edwards had reported family violence. If only it wasn't implied that Olga Edwards might be lying.

If only a court appointed independent children's advocate had not dismissed Edwards' violence as "heavy-handed parenting", insisting instead that the children should be seeing their father.

If only charges had been laid. Not only did Jack and Jennifer die too young, but they spent too much of their short lives being beaten by their father.

If only anyone had listened - truly listened - when Olga Edwards blatantly said during their custody battle that her greatest fear was "one day [finding her] children dead because John could never control his temper".

If only police had acted when Olga Edwards arrived at Hornsby police station in February 2017, telling them how she'd been in her early morning yoga class, and discovered her former partner lying just a few metres behind her. He knew, as Jacqueline Maley put it for The Sydney Morning Herald, that her yoga class was her safe space. That's why he penetrated ﻿﻿it. The police thought Olga Edwards seemed "more angry than scared". They accepted Edwards' excuse that he had just been there by coincidence, and denied Olga an AVO.

If only that incident had been adequately documented.

If only any of this had appeared on Edwards' file when he registered for a firearm, the day before he shot his children.

If only a man who terrorised women and children for almost half his life hadn't been legally invited to collect two guns, a 9mm Glock semi-automatic pistol and a magnum Smith and Wesson pistol.

If only that had rung any alarm bells.

There are too many crossroads to count. Too many errors. Too many oversights. A family failed too many times.

If just one moment had have been different, and Edwards' record hadn't looked so clean when he applied for a firearm in July 2018, then perhaps Jack and Jennifer and Olga would still be here.

And so we mourn the lives of three people who tried to warn us, and learn the same lessons about the seriousness of family violence, and how quickly and seriously it can escalate.

Let's hope we never have to write those deadly words again.

A
alison a year ago

Reply
Upvote
I'd like to know how he managed to buy a gun....I thought they're illegal here.
R
rush a year ago

Reply
Upvote
@alison loads of guns are legal here. Guns for sporting shooters, hunters, farmers, collectors etc. You have to be licensed, and the guns have to be registered (and I'm fairly certain they have to be kept in a gun safe, separate from the ammunition), and there are limits as to what type of gun you can buy, but they're not all illegal. Not sure how this guy managed to pass the background check -  but even with the complaints made against him, if he'd never been charged or convicted, I'd guess that he passed. (I don't know all the details of that part, so I'm just assuming here.)
C
cat a year ago

Reply
Upvote
@alison you can get a license for a gun, and domestic assault reports apparently don’t show up on a police check.
C
cat a year ago

Reply
Upvote
1 upvotes
There are so many people with blood on their hands in this scenario, and I hope it haunts them for the rest of their lives. That poor woman, knowing something like this was going to happen and desperately trying to stop it but being turned away- it’s a nightmare.
If this were a terrorist attack and the same things happened the chief of police would have lost his job. He should have over this too.
News
General
Opinion
True Crime
Politics
Sport
Explainer
Entertainment
Celebrity
Reality TV
Movies
TV
Books
Rogue
Royal
Lifestyle
Beauty
Fashion
Weddings
Home
Wellness
Health
Fitness
Travel
Food
Parents
Before The Bump
Pregnancy
Baby
Kids
Teens
School
Parent Opinion
Work & Money
Money
Finance
Career
Lady Startup
Relationships
Sex
Dating
Separation
Friendship
Family
Real Life
Couples