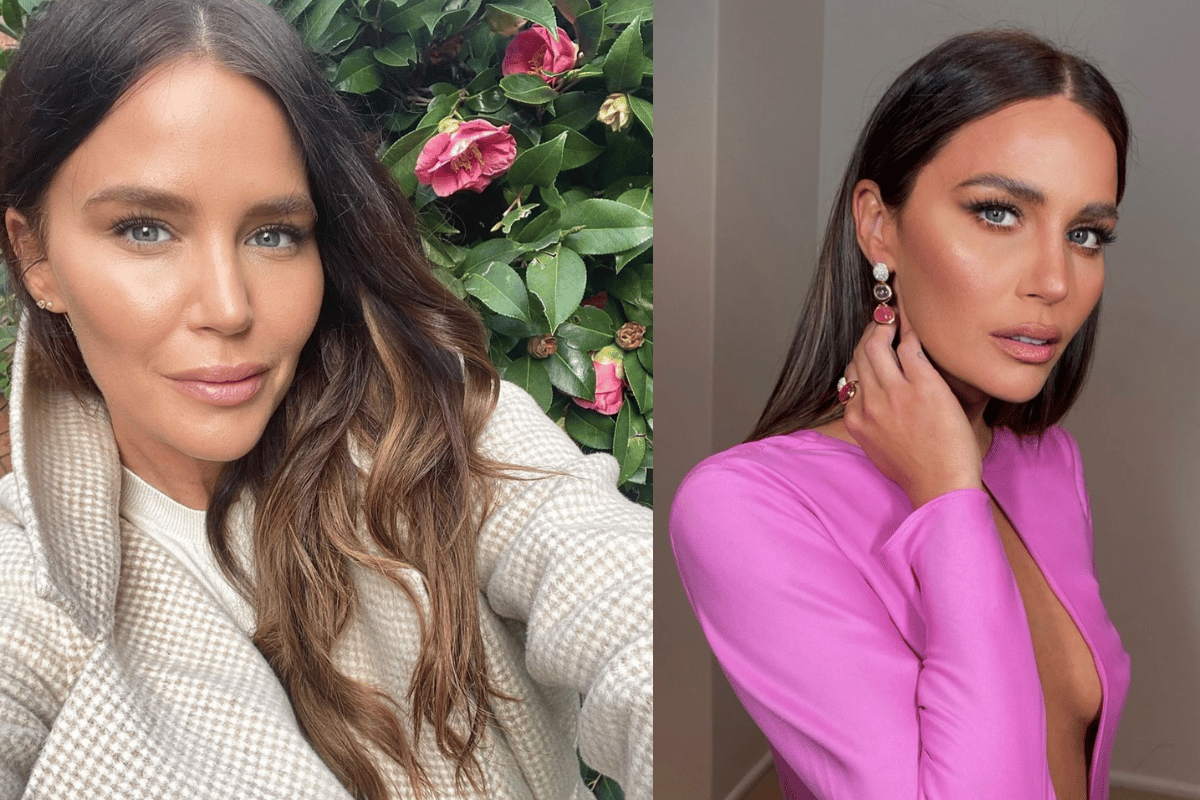 Jodi Gordon has not only lived a life on screen, but also had her life unpacked and dissected by tabloids for years now.

Best known for her roles on Home and Away and Neighbours, Gordon's relationships have particularly caused interest, including her high-profile marriage and divorce from former Rugby League player Braith Anasta, and her involvement with a recent boyfriend that lead to police lodging apprehended violence orders (AVOs).

In April, Gordon was in "a really dark place". "I spiralled into a place of really negative thoughts within myself. And it's a horrible place to be – it's intoxicating and all-consuming," she told Stellar Magazine.

And now, after a stint in a rehab facility, she's decided to share her story.

Watch: Fiona O'Loughlin on the impact of alcoholism. Post continues below.

Gordon came into the public eye at the age of 13. She was modelling and travelling the world with that work, before getting her start on television in 2004 in her late teens.

She successfully auditioned for the role of Martha MacKenzie in the long-running Aussie soap Home and Away, and as a result of that gig she received two Logie Awards – one for 'Most Popular New Female Talent' and 'Most Popular Actress'.

It catapulted her to national fame, and from it, she did a string of other TV shows – including a role as Elly Conway in Neighbours.

At the time, Anasta said to the Daily Telegraph: "Our break-up did not come out of the blue. We had both seen it coming for a while. We'd grown apart over the last little while and the reality was that it wasn't working. We tried very hard but it wasn't to be." 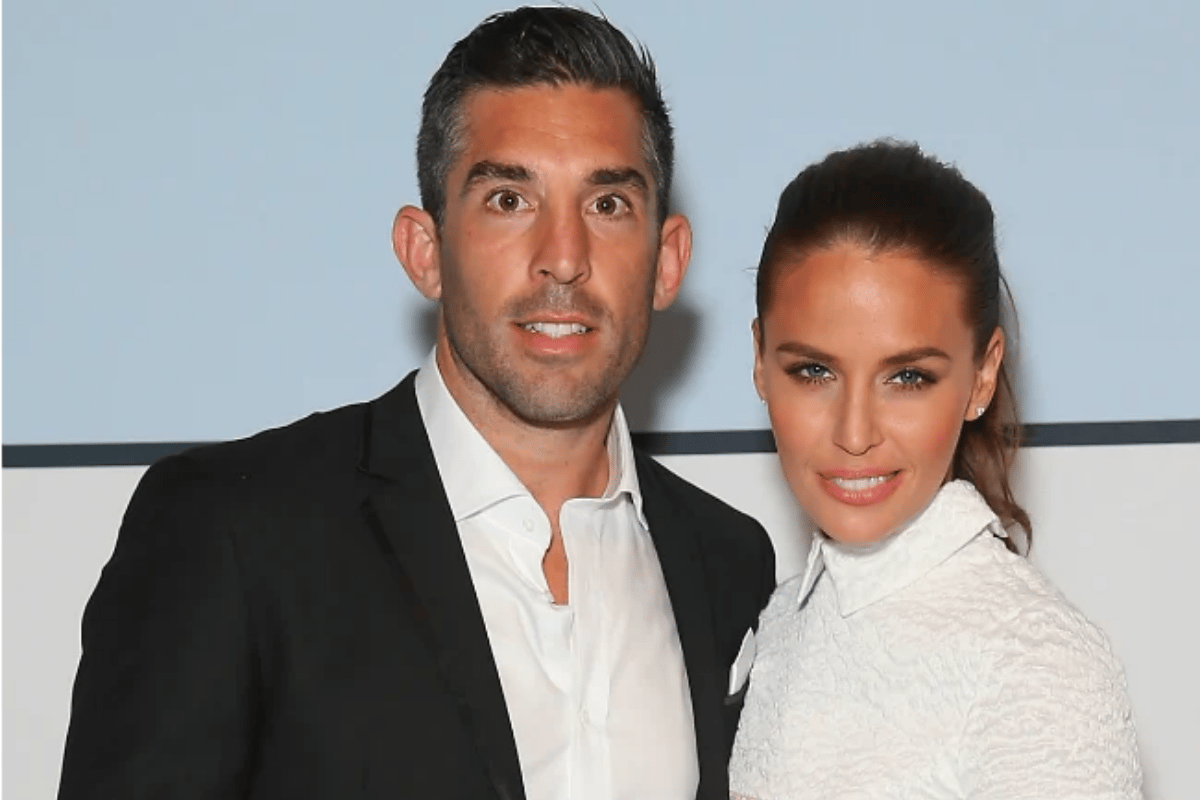 Jodi Gordon and Braith Anasta. Image: Getty. But it was Jodi's recent relationship with investment banker Sebastian Blackler that has caused the most headlines.

In April this year, there was an incident between the pair at a bed and breakfast establishment in Kurrajong Heights, a small town in the Hawkesbury region, 75km from Sydney.

Police applied for AVOs to be put in place to protect the pair allegedly from one another. The AVOs now prevent the pair from contacting each other in any way for two years, and that both Gordon and Blackler must also not assault, intimidate, threaten, stalk or harass each other, or damage each other's property.

No charges were laid, nor did Gordon or Blackler make any admissions regarding the allegations contained in the court documents lodged by police.

Back in November 2020, police had attended Gordon's residence to investigate an allegation of domestic violence. An interim AVO was taken out, which prohibited Blackler from assaulting or threatening, stalking, harassing or intimidating Gordon. It expired at the end of 2021 and no charges were laid.

With all this in mind, at the end of April this year, Gordon underwent a 30-day stint in a rehab facility.

Acknowledging "alcohol is my poison", Gordon told Stellar Magazine this week that at the start of her rehab journey, "there were no smiles".

"To find yourself in a place where you have multiple people making the decision for you that you have to admit yourself into rehab, that's not a place where you're smiling. But doing that kind of work [on myself in rehab], I've never, ever gone to those emotional depths and dealt with such unprocessed trauma and pain [before]. It was incredibly scary and painful at times," she explained.

While she was playing Elly Conway in Neighbours, Jodie said her drinking struggles reached a breaking point.

"I've chased this illusion that I can drink like a normal person for far too long. In my industry, I think there's a lot of keeping up with appearances. I was trying to present something beyond [what] I could pretend to control, trying to do my best, but just sinking... feeling like I was a small girl in a big world," she noted.

Experiencing serious depression, Gordon said her coping mechanism was to "throw a blanket" over the dark place she was in, and "pretend it didn't exist with alcohol". And given alcohol is a depressant, Gordon said that cycle was like "adding fuel to the fire" for her wellbeing.

It was her loved ones that helped and encouraged her to go to rehab, after being in a serious depression on and off over the past few years.

"I don't know how, but someone, somewhere finally got through to me. And then I became so desperate for help because I didn't want to live in that space anymore. I let someone help me make that choice and I booked myself in... begrudgingly, but within a couple of days, I knew I was right where I belonged."

While in rehab, the tabloid press got a hold of the fact Gordon was seeking treatment, leading to increased paparazzi attention. It left Gordon in a state of fear and shame.

"I did not leave those four walls for four weeks. What I felt in that moment when they had jumped over the fence and taken pictures and commented on the way I looked or the fact that I was getting help, it really upset me because what I wanted to do was actually come out of there and talk about my experience in the hope that my story would resonate with someone."

She continued: "If you want to have an opinion because of the things I've done wrong, fair enough. I've made mistakes, I've hurt relationships, and they are things I'm trying to mend. And do I feel shame and guilt about those? Absolutely. They are things that will take time, but I don't think that having an opinion or degrading someone for trying to get help or trying to be better and improve their life is fair."

Gordon didn't elaborate on the domestic violence allegations in her interview with Stellar, only saying she wouldn't comment on that relationship and the matter was dealt with before the court.

Something particularly poignant that Gordon noted was the inevitability that in years down the track, there's every chance her daughter Aleeia would read her interview. Saying that she shares a very special bond with her daughter, Gordon also credited her ex-husband and his fiancée for all they do for Aleeia.

"I have had a conversation with her, as much as you can with a little girl. She knew I was going away, and we had a really beautiful conversation when I came back," Gordon said.

"I'm very aware of the fact that she will probably read this, so I keep that in my heart with every word that I use. I guess I have the hope that, God forbid, one day if she's going through something dark, she can read this and know that she doesn't need to feel alone."

She also told Stellar her rehab experience allowed her to connect with others and gain the necessary tools to learn how to "deal with that pain, trauma, how to break it down and coping mechanisms".

"I feel like I've been given a second shot at life both internally and externally in terms of a new path, a new chapter. I know that's all clichéd talk, but when you dive deep into the dark problems that you have, when you can come out the other end of that, I think there's freedom and liberation in that," she explained.

As for what the next chapter looks like for Gordon, she said it's all about rebuilding, spending time with loved ones and enjoying the simple things.

"I think there's power in having a conversation and talking. I feel so much joy today and so much hope. I feel like I'm on the right track."