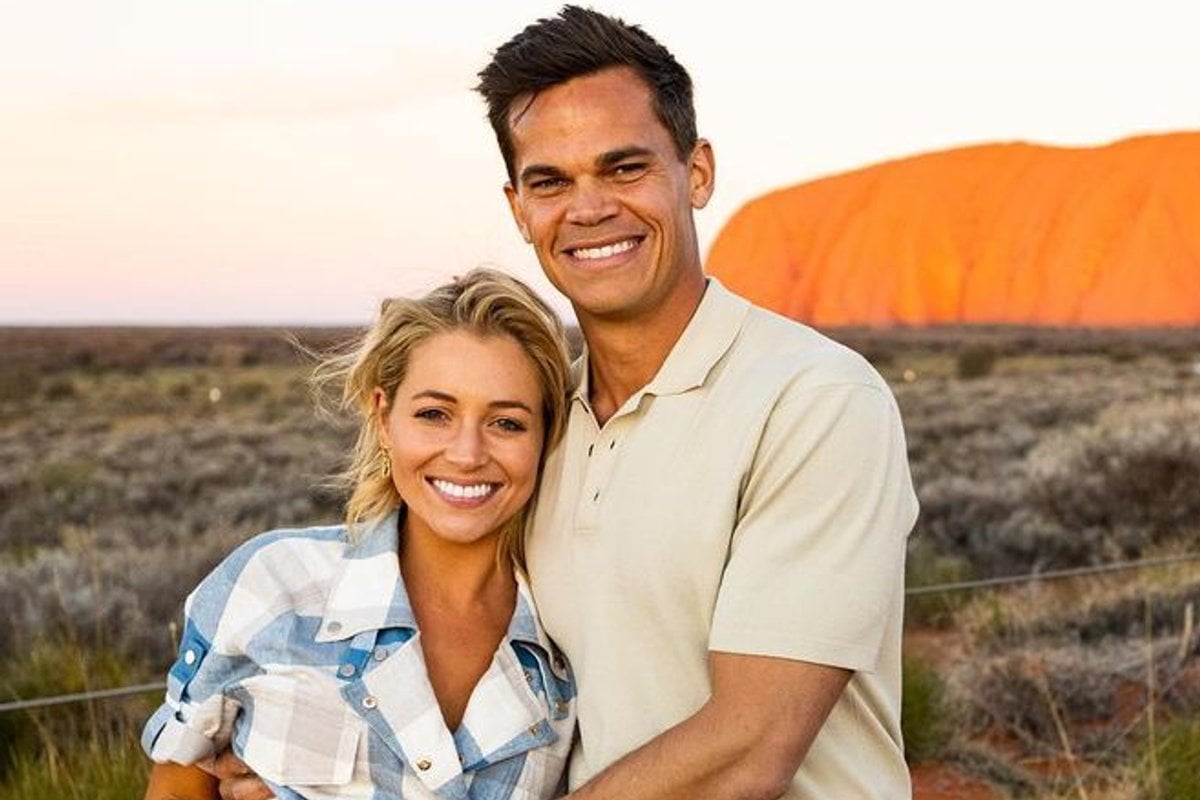 It's hard to imagine anything more awkward than watching your boyfriend break another woman's heart on national television.

But last night, that's exactly what Jimmy Nicholson and Holly Kingston did.

On last night's finale of The Bachelor, Australia watched on as pilot Jimmy Nicholson blindsided runner-up Brooke Cleal, before choosing Holly Kingston as his final match.

Although many suspected from the very beginning that Holly would ultimately win Jimmy's heart on the reality show, it was tough to watch Brooke's shock at Jimmy's decision.

And for Jimmy and Holly, it was no different.

"Jimmy had a bit of a tear in his eye when he was watching that. It was really hard to do something like that," she added.

"I think in due course, Jimmy and I would love to chat to Brooke and send her our best, but it might not be the appropriate time yet."

For Jimmy and Holly, last night's finale also marked the end of months of secrecy.

"It was tricky, especially when my mates were saying to me, 'We know it's Holly,'" Jimmy shared.

"I actually saved [Holly's number] as 'Mark' in my phone, so I was sending messages to this mysterious Mark man."

Due to COVID-19 restrictions in New South Wales, the new couple went weeks without seeing each other. But now that their relationship is out in the open, they're looking forward to spending more time together.

"I think we went 10 weeks without seeing each other, which was pretty tough, especially considering we're 10 minutes down the road from one another," Jimmy told Mamamia.

"We are actually moving in together in about a month," Holly added.

"Jimmy bought a place in Bondi, so we are moving in there in about a month or so.

"We want to go back to going for coffees and going to restaurants, when COVID permits. We obviously want to do a lot of travel and whatnot when borders open up, and then marriage and babies in a little bit."

For Jimmy, watching the show has been an eye-opening experience.

During the season, Holly was targeted by a number of contestants, including Stephanie Lynch, who infamously referred to Holly as a "c***".

The 27-year-old marketing manager was also thrown under the bus by multiple contestants during the honesty box challenge.

"It was frustrating [to watch] because I could see that there were two girls in particular who were just trying to throw Holly under the bus," Jimmy recalled.

"One of them sort of burnt the house down and left, and then the other kind of showed her true colours," he continued.

"It was frustrating not being able to stick up for Hol because I knew it was all absolute garbage. And I wouldn't have taken a certain someone on a single date if I had realised the type of person she was."

While many would assume that Holly would have struggled to watch Jimmy form strong connections with the other contestants, Holly admitted that watching the drama unfold on screen was even more difficult.

"For me, the hardest part was watching the drama back," she shared.

"That wasn't just television, and I was obviously in a really dark place when all of that happened and it was really hard living with these girls who were just trying to assassinate your character," she continued.

"But in terms of watching the girls kissing [Jimmy] and whatnot, we just kind of laughed our way through it. I've said it a few times, but I'm glad that he's got it out of his system, because he won't be kissing anyone else for the rest of his life now."

Despite all the drama, Jimmy and Holly agreed it was all worth it to find each other.

"Every day I had with Holly, we just grew stronger and stronger. I honestly could never flaw her," Jimmy shared.

"I think we're perfect for each other. Towards the end, when you have a date with someone and it feels so effortless, that's when I knew she was the right one for me. And having the family come on board definitely helped solidify that."