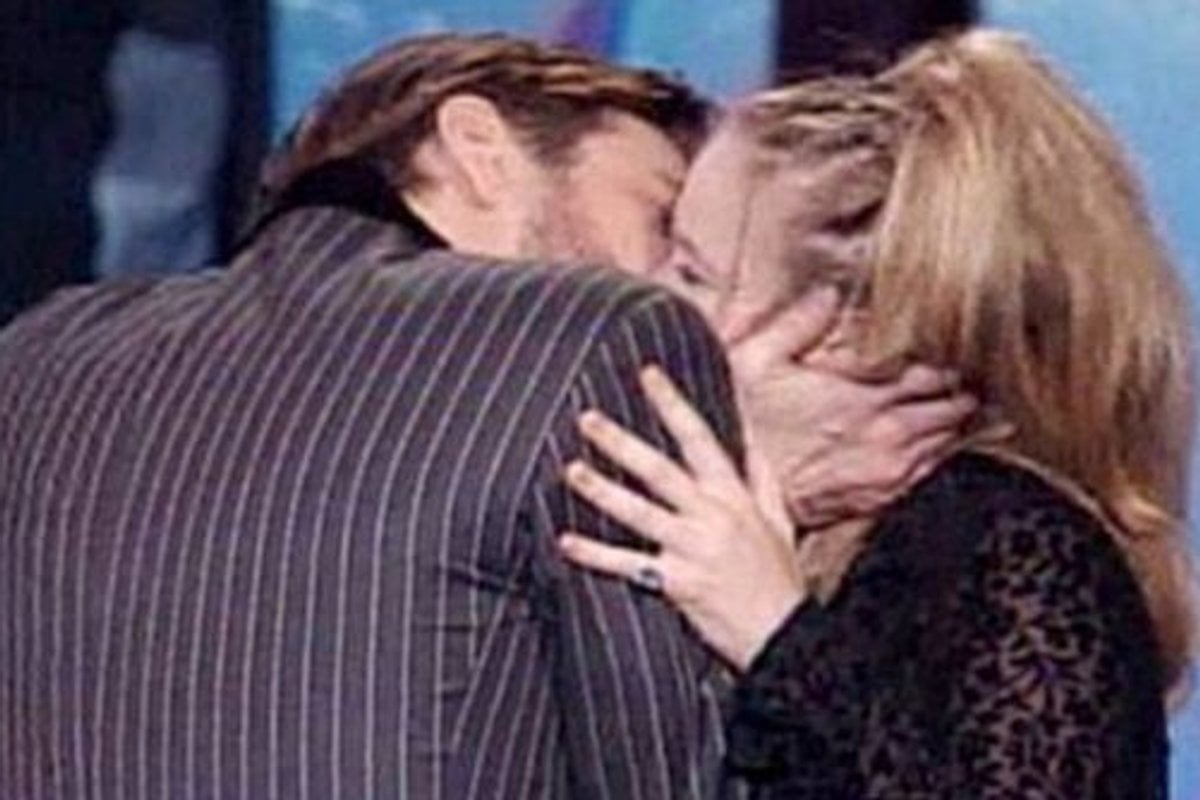 Jim Carrey has announced he's taking a break from acting.

In an interview with Access Hollywood on Thursday, the comic, who is currently promoting his latest film Sonic the Hedgehog 2, said it might be his last.

"Well, I'm retiring," he said during the interview. "I'm being fairly serious."

A few moments later, he backtracked.

"It depends," he continued. "If the angels bring some sort of script that's written in gold ink that says to me that it's going to be really important for people to see, I might continue down the road, but I'm taking a break."

Carrey's retirement announcement comes just days after the actor condemned Will Smith for slapping Chris Rock at the 2022 Oscars.

"I was sickened," Carrey said in an interview with CBS Morning.

"I was sickened by the standing ovation. Hollywood is just spineless en masse, and it really felt like this is a really clear indication that we aren’t the cool club anymore.

"I’d have announced this morning that I was suing Will for $200 million because that video is going to be there forever.

"It’s going to be ubiquitous."

Much like other actors who have had their previous transgressions resurfaced over the past few years, a video of Carrey kissing Alicia Silverstone at the 1997 MTV Movie Awards has reemerged, showing the sheer hypocrisy of his latest comments.

In the video, the then-35-year-old Carrey appeared to force a kiss on the Clueless actress, then 19, grabbing her by the face as he accepted the award for best comedic performance for The Cable Guy.

Further video from the same night shows Carrey attempting to force another kiss on none other than Will Smith, who is seen pushing away the actor to escape his darting tongue.

bruh he also tried to force himself on WILL SMITH!! THE VERY SAME NIGHT!! you can't make this stuff up 😭 pic.twitter.com/d4Tvimf6oc

Despite his comedic charm, larger-than-life characters and three-decade long career, Jim Carrey has a history of controversy.

Starting his career in the 90s, Carrey quickly became Hollywood's most bankable comedic actor, starring in Ace Ventura: Pet Detective, The Mask, and Dumb and Dumber.

He then branched into more 'serious' roles, playing the title character in The Truman Show, the lead role in cult classic Eternal Sunshine of the Spotless Mind, and Andy Kaufmann in Man on the Moon.

In the Netflix documentary Jim & Andy: The Great Beyond examining Carrey’s performance as the comedian, it detailed how that the actor spent four months never breaking character and insisted on being called "Andy" even when the cameras stopped rolling.

"It was psychotic at times. Jim Carrey didn’t exist at that time," the actor said at the documentary's premiere. 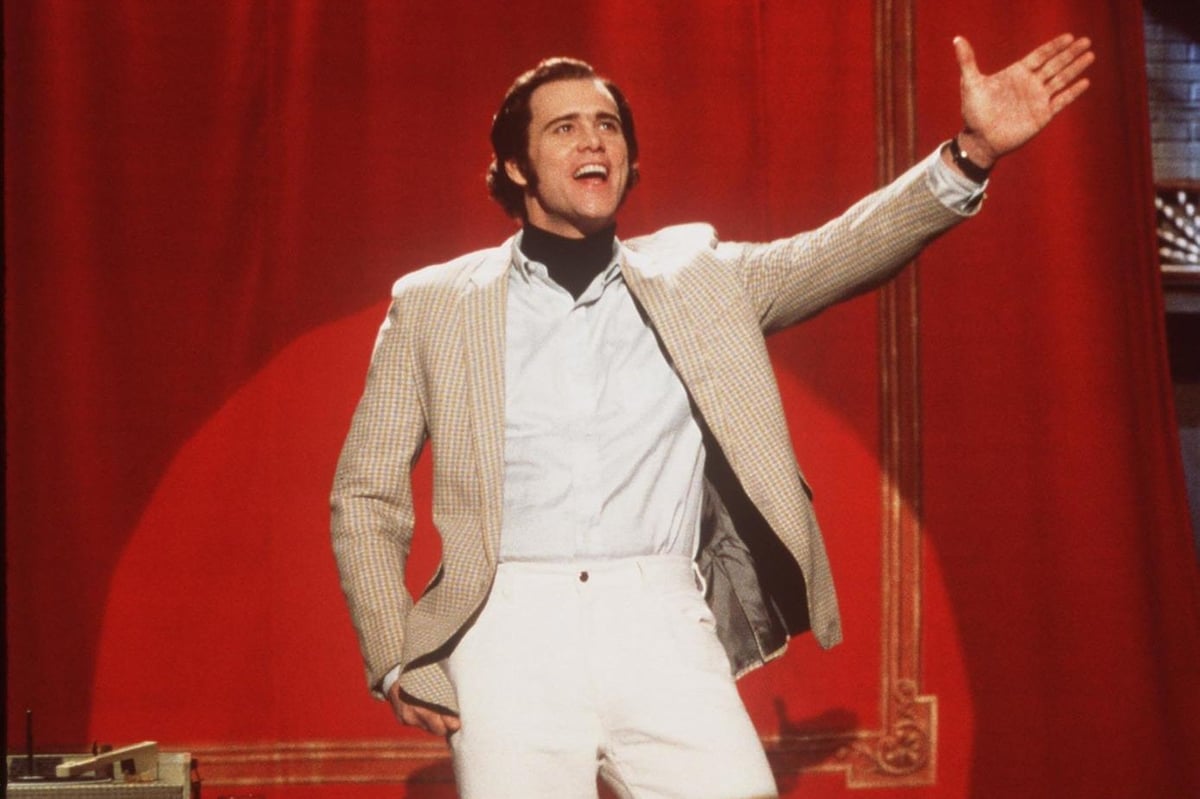 From 1987 to 1995, Carrey was married to actress and producer Melissa Warner.

He then dated a number of high-profile women, including Mad Men actress January Jones, Danish model and fashion designer Anine Bing, and his Me, Myself and Irene co-star Renee Zellweger.

In 2005, Carrey began dating actress Jenny McCarthy, and for several years, they were one of the most high-profile couples in Hollywood. 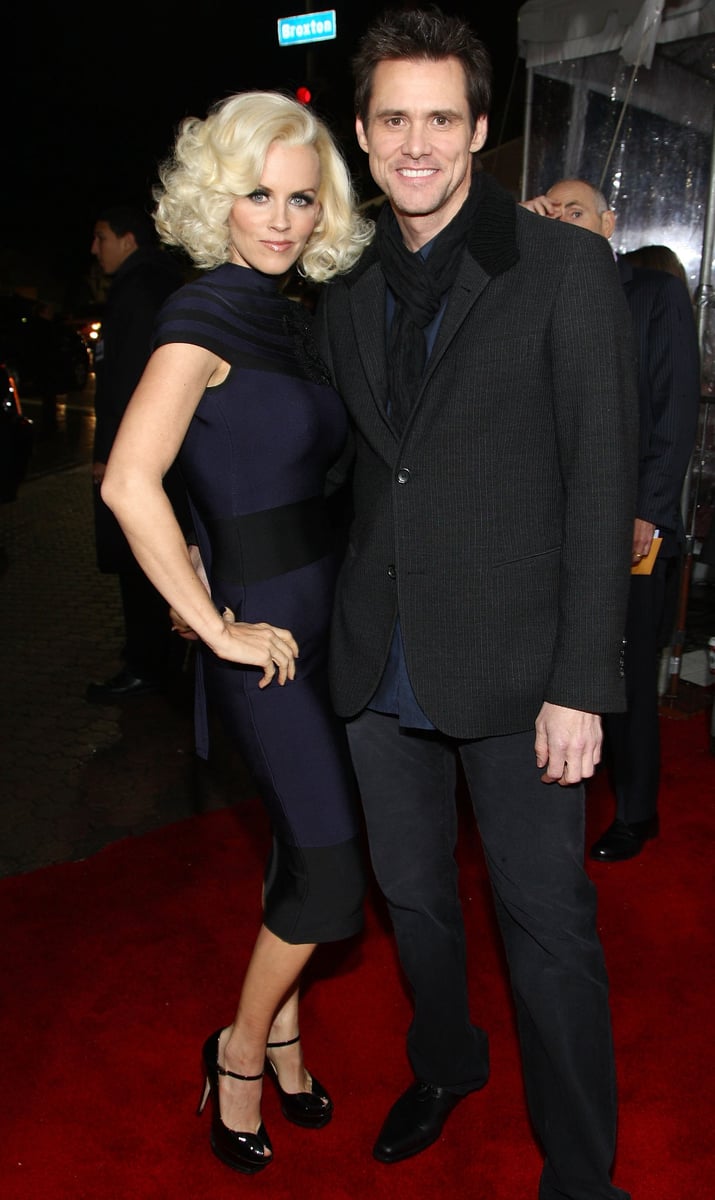 In 2009, Carrey wrote an article questioning the merits of vaccination for The Huffington Post.

Years later, he tweeted against the new Californian laws designed to reduce the number of unvaccinated children in public schools.

"California Gov says yes to poisoning more children with mercury and aluminum in mandatory vaccines. This corporate fascist must be stopped," he wrote on the social media platform.

"A trillion dollars buys a lot of expert opinions. Will it buy you? TOXIN FREE VACCINES, A REASONABLE REQUEST!" another one of his tweets read.

California Gov says yes to poisoning more children with mercury and aluminum in manditory vaccines. This corporate fascist must be stopped.

A trillion dollars buys a lot of expert opinions. Will it buy you? TOXIN FREE VACCINES, A REASONABLE REQUEST! http://t.co/GTr9lReaXO

In 2012, Carrey met Irish makeup artist Cathriona White. The couple dated on and off until September 2015, when she ended her life.

The couple had broken up nine days before.

Carrey was a pallbearer at her funeral, and in a statement said he was "deeply saddened by the passing of my sweet Cathriona".

White's estranged husband Mark Burton and her mother, Brigid Sweetman, later sued the then 55-year-old actor, claiming the actor supplied White with the prescription drugs that contributed to her fatal overdose.

In the lawsuit, Burton alleged Carrey illegally obtained "highly addictive" drugs under the pseudonym Arthur King. After obtaining the prescription drugs, Carrey gave them to White, which played a role in her death, the lawsuit claimed.

Carrey filed a countersuit claiming the lawsuits were an attempt to extort him.

"I will not tolerate this heartless attempt to exploit me or the woman I loved," he said in a statement after the lawsuit was filed.

With his legal battle behind him, Carrey mounted a career comeback.

He starred in the comedy series Kidding from 2018 until 2020 and played the main antagonist in the Sonic the Hedgehog movie franchise.

Carrey also published political cartoons from 2017 until 2021, a passion project that made waves during former President Donald Trump's administration.

The actor would create caricatures of the former president and his supporters, often referring to him as "Orange Julius Caesar" ruling "his Empire of Lies."

Dear Smithsonian National Portrait Gallery @NPG, I know it’s early but I’d like to submit this as the official portrait of our 45th President, Donald J. Trump. It’s called, 'You Scream. I Scream. Will We Ever Stop Screaming?' pic.twitter.com/LrCmlXXpv7

Most recently, the actor has been called out for his disrespectful and sleazy remarks during interviews.

During an appearance on The Graham Norton Show in 2020, the actor reportedly made Margot Robbie "feel awkward" after suggesting her success is down to her looks.

"You’re really something, Margot Robbie," he told the actress.

"It’s incredible you got as far as you have with your obvious physical disadvantages. That’s pure talent there."

That same year, the actor made a UK journalist uncomfortable when she brought up how Sonic, the film's hedgehog protagonist, has a "bucket list".

"I was wondering, with all you’ve done in your career and your life, is there anything still left on your bucket list?" she asked Carrey.

"Just you," he responded.

"I don’t know what to say to that," Lang said, to which Carrey replied smiling: "Just own it."

So despite his recent comments about Will Smith, Carrey too has controversies that will follow him.