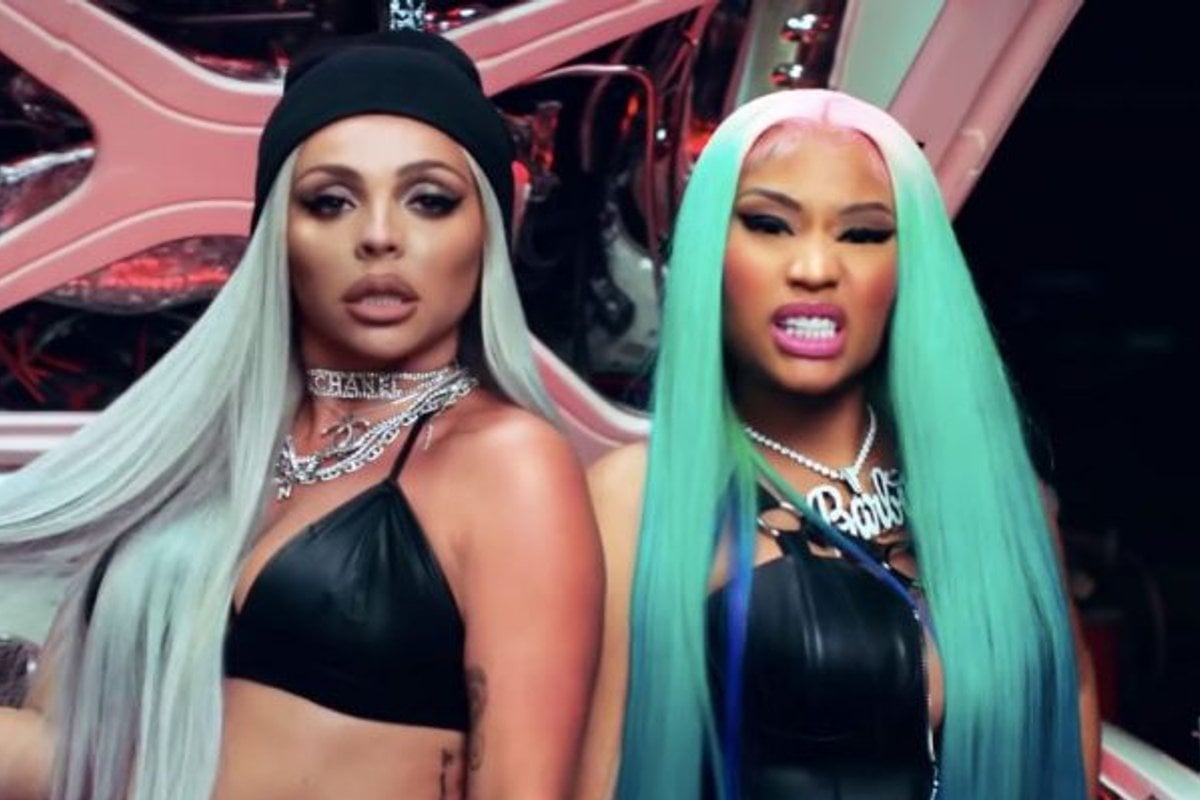 Nicki Minaj appears to have both criticised Little Mix and defended their former bandmate Jesy Nelson in an Instagram Live.

It’s less than a week since Nelson released her first solo single.

Watch the trailer for Jesy Nelson's documentary 'Odd One Out'. Post continues after video.

Nelson spent nine years with British girl group Little Mix before quitting to go solo in December last year, for the sake of her mental health.

Last Friday, she put out the music video for 'Boyz', featuring rapper Minaj. It has a sample from Diddy’s 'Bad Boy For Life', as well as a cameo from him, and lyrics like “so hood, so good”. In the video, Nelson has a deeper tan than she did in Little Mix and curly hair, and she sings with what one critic calls “arguably a Blaccent”.

As soon as the video was released, Nelson was accused of Blackfishing.

So what is Blackfishing?

Journalist Wanna Thompson drew attention to the practice in a Twitter thread in 2018, when she posted about “white girls cosplaying as black women on Instagram” and said it was “alarming”.

"Blackfishing is when White public figures, influencers and the like do everything in their power to appear Black, whether that means to tan their skin excessively in an attempt to achieve ambiguity, and wear hairstyles and clothing trends that have been pioneered by Black women," Thompson told CNN recently. "Instead of appreciating Black culture from the sidelines, there's this need to own it, to participate in it without wanting the full experience of Blackness and the systemic discrimination that comes with it."

Australian rapper Iggy Azalea has been accused of Blackfishing, as has singer Rita Ora, whose parents came from Albania. Nelson was asked about Blackfishing in an interview with Vulture published last Friday. 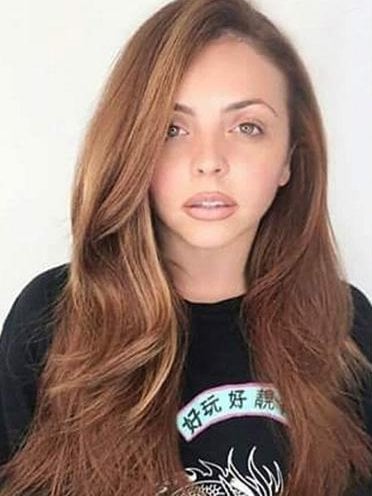 “I love Black culture,” Nelson said. “I love Black music. That’s all I know. It’s what I grew up on. I’m very aware that I’m a white British woman. I’ve never said that I wasn’t.”

Nelson told Vulture she was “just 100 per cent being myself”.

When she was put into Little Mix on the British version of The X Factor, she was a teen obsessed with R&B and hiphop. “If you look at me on X Factor with my big curly hair, I was wearing trainers and combats – that’s who I am as an artist and as Jesy. Now I’m out of Little Mix, I’ve gone back to being who I am.”

She later said in a statement she took the Blackfishing comments seriously. “I would never intentionally do anything to make myself look racially ambiguous, so that’s why I was initially shocked that the term was directed at me.”

Over the weekend, the Blackfishing accusations continued – and things really heated up when it looked like one of Nelson’s former Little Mix bandmates was joining in. 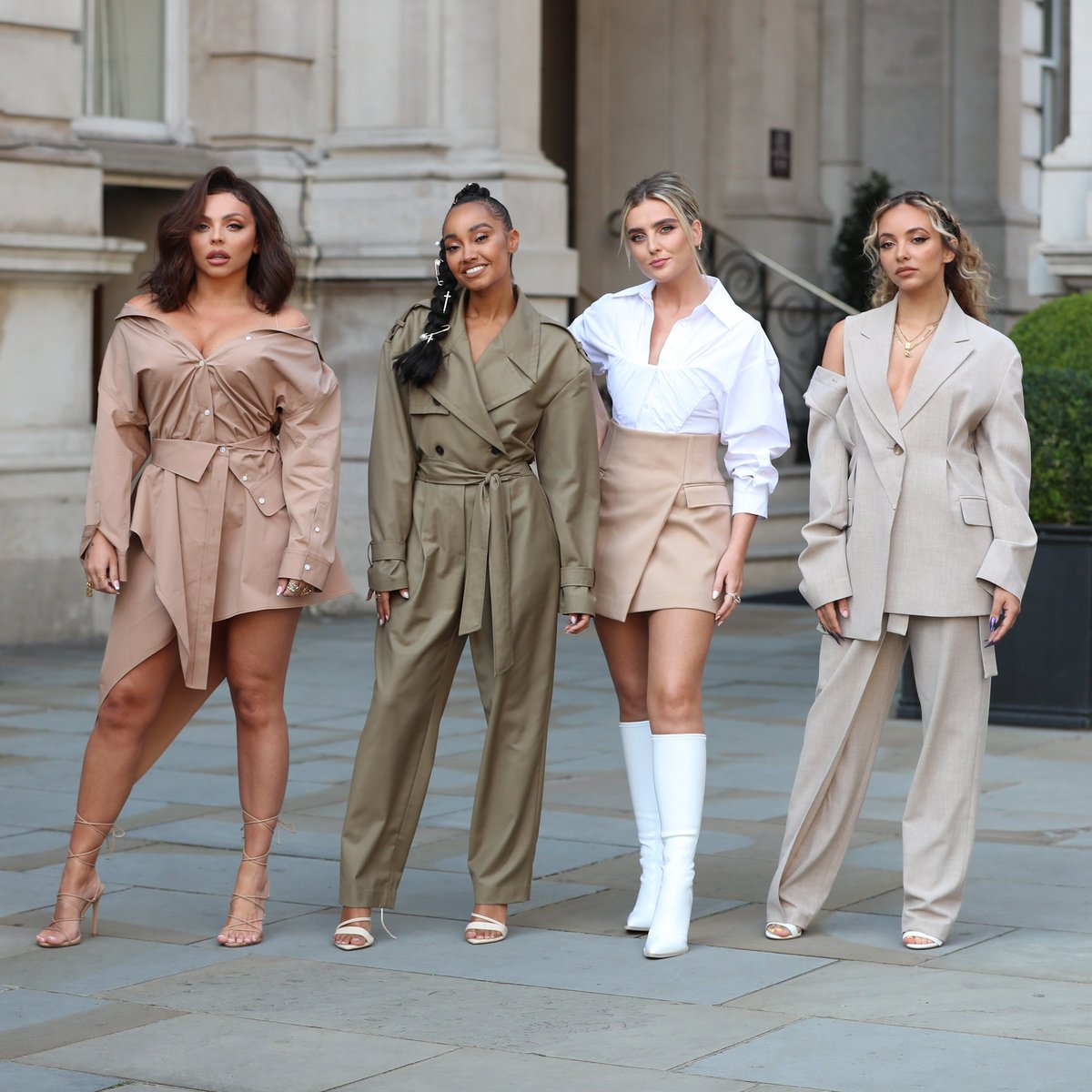 A British TikTokstar, NoHun, shared screenshots that he claimed were from Leigh-Anne Pinnock allegedly going after Nelson in his Instagram DMs. The messages, which haven’t been verified, appear to show Pinnock saying that Nelson had “cut us off” and was a “horrible person,” and allegedly asking NoHun to make a video about Nelson "being a black fish".

Pinnock and the other remaining members of Little Mix, Perrie Edwards and Jade Thirlwall, unfollowed Nelson on Instagram.

On Sunday, Minaj and Nelson hosted an Instagram Live together. Minaj didn’t mention Little Mix by name, but it seemed pretty clear who she was addressing when she was talking about “insecurity” and “being jealous”. 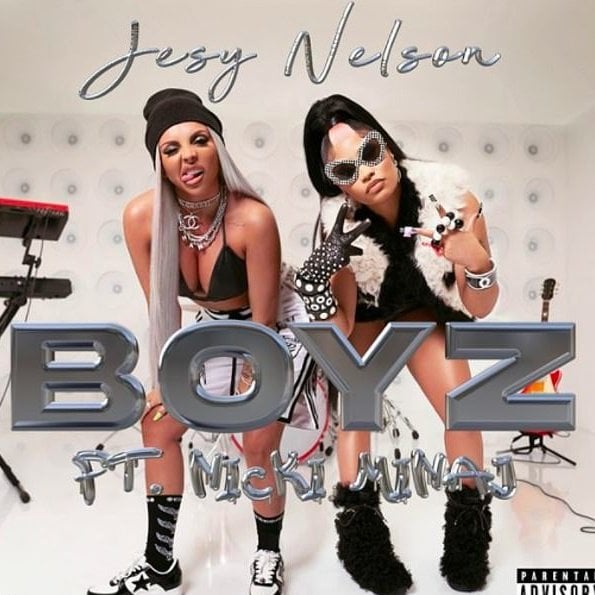 “If you was [sic] in this woman's group and you ain't talk about this s**t for 10 years, and as soon as you see she got a video coming out with Nicki Minaj and Puffy, now you sending text messages and all this s**t?” she said. “Print them text messages out, bust your a** open and shove it up your motherf**king a**. Okay? And stop trying to hurt people and kill people's lives and career."

Minaj defended Nelson’s appearance. “It’s a lot of women out here in the United States that tan, get bigger lips, get all types of s**t done to themselves... As long as you’re not hurting anybody or speaking negatively about anyone’s race or culture you should be able to enjoy your body, your makeup, your whatever, how the f**k you want it to.”