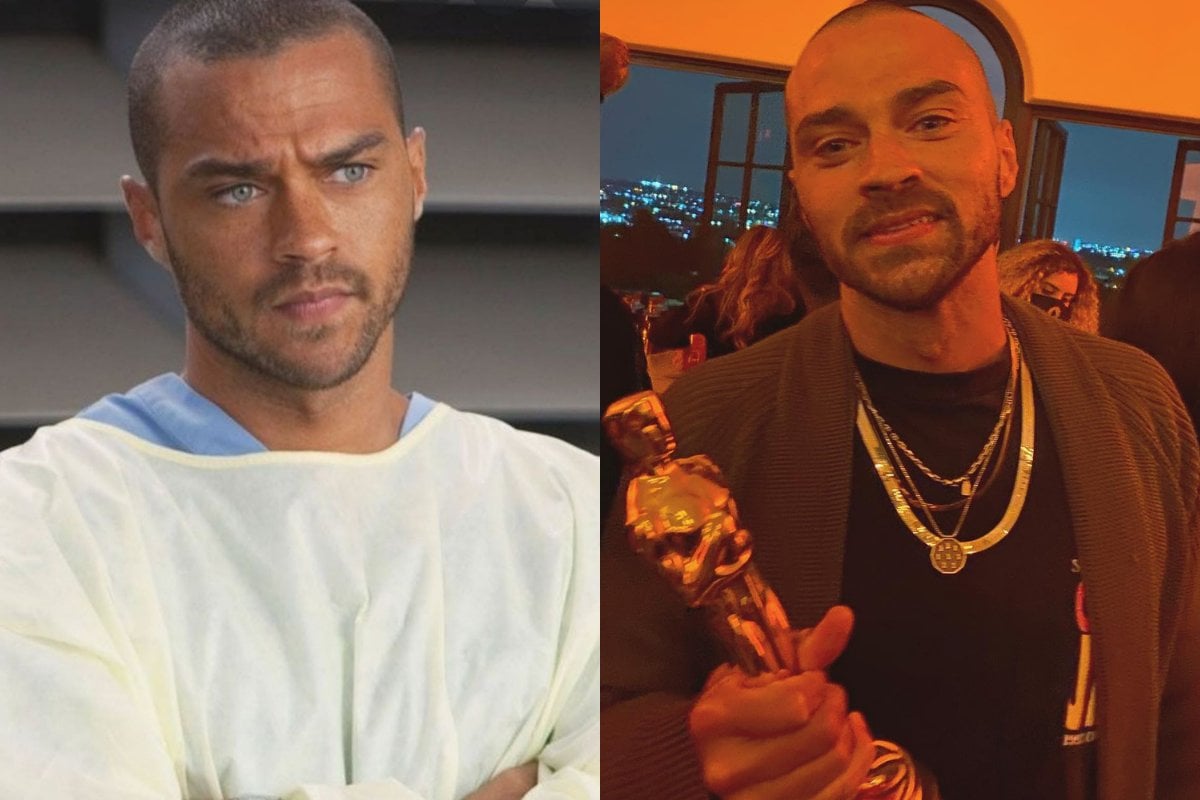 Jesse Williams has had quite the week.

Earlier this week, a short clip of the American actor, best known for his role as Dr. Jackson Avery on Grey's Anatomy, went viral.

Williams is currently starring in the Broadway play Take Me Out, in which his character appears completely nude on stage in some scenes.

The play, which follows the story of a successful gay baseball player, aimed to protect its cast's privacy by requiring all audience members to lock their phones in sealed cases before the show.

But during one showing of the play, a ticket holder snuck their phone in and secretly filmed one of the nude scenes.

That audience member then uploaded that footage to Twitter.

Here are just some of the reactions online:

me opening twitter today and seeing jesse williams all over my tl pic.twitter.com/y3OPZYxI6e

What kinda broadway shows they got going on 🙃 #JesseWilliams pic.twitter.com/tPaM61xNSz

Between the Jesse Williams thing and the Patti LuPone thing, Broadway audiences are off the fucking rails this week.

Williams previously spoke about the audience's reaction to the nude scene on Watch What Happens Live With Andy Cohen.

"A non-reaction is quite an interesting reaction, the quiet," he said. "I've learned in my minutes of theatre, it's all a first for me, don't start trying to read into it because it's all an insecurity.

"I’m told it's quite insane [to be nude in a stage debut], but it's a first so I have nothing to compare it to. I won't be scared of anything after this, that's for sure.

"Everyone around me as going 'Are you sure? Nude nude? Actually naked naked? Full frontal?!'

"It's a body. Once you see it you realise, 'Whatever, it's a body'. I just have to not make it a big deal. I only know from my experience but I just get it over with."

Where have you seen Jesse Williams before?

Take Me Out was the actor's stage debut.

In 2012, Williams married real estate broker Aryn Drake-Lee while teaching in a school.

The pair share two kids and were together for five years before they separated and the star reportedly started dating Friday Nights Lights actor Minka Kelly.

Not long after in 2019, he and Zola star Taylour Paige confirmed their relationship with a red carpet appearance.

In an interview with GQ, the pair spoke about the night they met in 2018 while at an Emmys party.

"I was in the middle of a conversation with a very close friend, and [Paige] walked by," Williams explained.

"Everything got quiet. I stopped that conversation and said, ‘I'll be right back.’ I just zoomed in on her. The rest of the night, we were this close to each other, talking, laughing, dancing, and ended up together in conversation until six in the morning."

But it wasn't that simple.

Paige explained she had 'spotted' Jesse first, and it was all thanks to a healer who promised 'better times ahead with a "J figure".

"I had a dream that I was sleeping next to him [the night before we met]," she said.

And so when Williams arrived at the afterparty, Paige explained: "It was just like, ‘There he is.’ Almost like, ‘Where have you been?’"

Eighteen months after Williams and Drake-Lee had their second child, Maceo, Us reported the pair were divorcing amicably.

Their divorce was finalised in 2020, though their custody battle was ongoing.

Drake-Lee filed for sole physical and legal custody claiming Williams' work schedule was too unpredictable, and she was the primary caregiver.

She also alluded to Williams cheating during their relationship.

"Jesse would ‘join in’ when he was available and home, but he rarely took care of the children without my or [the nanny] Martiza’s help and presence," Drake-Lee alleged in court documents obtained by Us in 2017.

"Jesse became distant, secretive and was home less and less, travelling for unexplained reasons while telling the kids, ‘Daddy is at work.' ... Another factor in their stability is to prevent the children from seeing a revolving door of intimate partners."

The conflict intensified as Drake-Lee requested $100,000 in child support from Williams per month which was later reduced to $40,000 as their divorce settled, and reduced further to $6413 as Williams' lost his Grey's Anatomy salary.

Williams addressed the infidelity rumours in Jay-Z's Footnotes, saying: "all of a sudden motherf**kers are writing think-pieces that I somehow threw a 13-year relationship — like the most painful experience I’ve had in my life, like with a person I’ve loved with all of my heart — that I threw a person and my family in the trash because a girl I work with is cute."

In March 2021, the pair were ordered to partake in a program for high-conflict parents that was said to help separated couples learn conflict resolution skills amid divorce.

A temporary agreement was reached in February 2022 when a judge denied Drake-Lee's request to reduce Williams' visitation as he geared up to star in Take Me Out.

Additionally, the ruling provided "tie-breaking authority" over COVID-19-related decisions for the kids for the rest of the year.