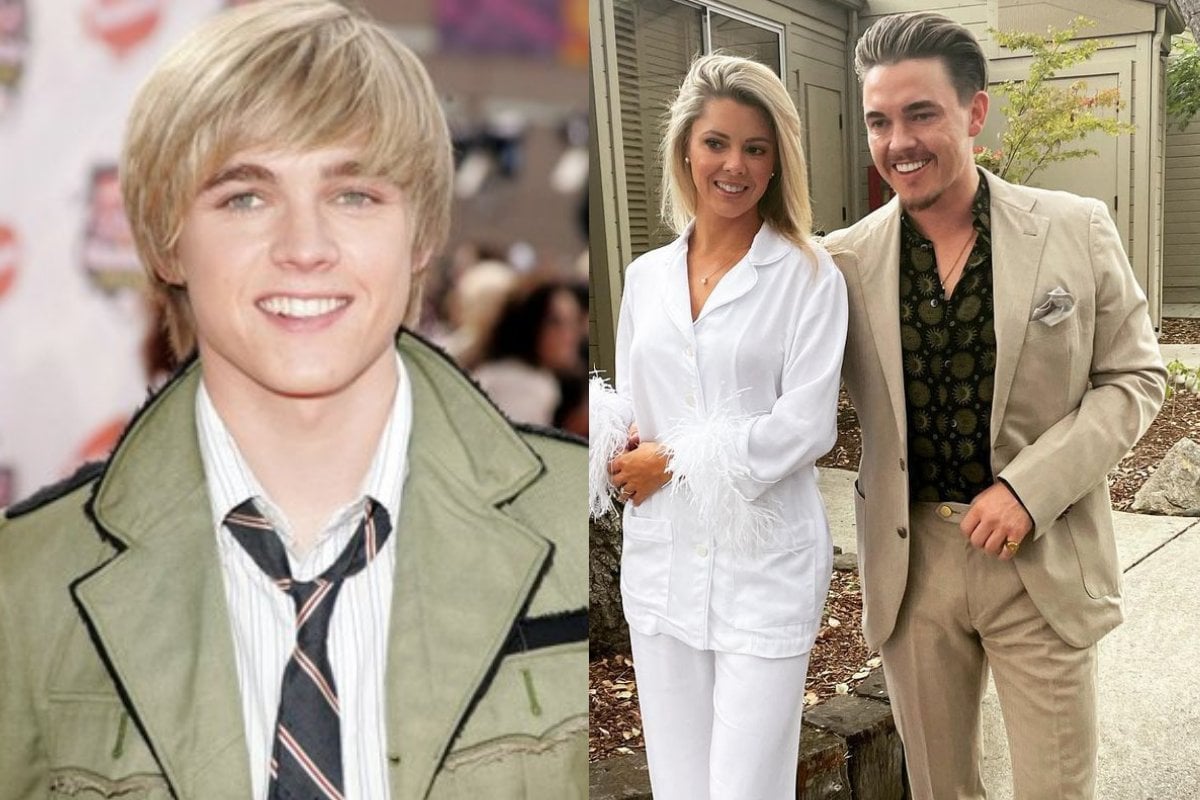 In 2004, posters of Jesse McCartney adorned the walls of teenage girls around the globe.

Somewhere between the time of NSYNC-era Justin Timberlake and the world’s collective obsession with Zac Efron in High School Musical, the American singer and songwriter burst onto the scene with his debut single, ‘Beautiful Soul’.

At the time, the then 16-year-old was so popular, he was mowed down by hordes of screaming fans during a mall meet-and-greet appearance.

Here’s where our favourite celebrity crushes from the ’90s are now. Post continues below.

“We got there, and they were like, ‘We might have to shut the mall down. There are 8,000 people here and we don’t really know how to get you in',” McCartney told Huffington Post in 2018.

“Immediately they started going down one by one – all the security guards… I’m helping them up,” he added.

“It was like my first real experience with a sort of mania, but I wouldn’t trade it for the world.”

Seventeen years on from his rise to fame, there’s still a lot of love for Jesse McCartney.

Now at age 34, the actor and singer has just married his long-term partner of seven years, Katie Peterson.

Interestingly enough, despite the hysteria that surrounded his global pop hit 'Beautiful Soul,' McCartney said he absolutely will not be performing it at his wedding.

"In the right setting, it’s great. Don’t get me wrong. I love playing 'Beautiful Soul' for the fans and on tour, but it might be a little cheesy at my wedding."

Although most people remember Jesse McCartney from his teenage years, the singer’s career actually began when he was just 10 years old.

After being introduced to a local community theatre production when he was seven, McCartney had his big break in theatre when he played the lead role in a Broadway play called The King and I.

From 1999 to 2002, the band – complete with frosted tips, baggy pants and Britney Spears-esque headset mics – had an opening slot on Aaron Carter’s 2002 tour and even wrote a song for Pokemon: The Movie.

I need to know if anyone else distinctly remembers these two bands because 1999-2002 was lit as hell because of them. Also, you can’t call yourself a Jesse McCartney fan of you aren’t hip to Dream Street. pic.twitter.com/yCCW0ZqIMy 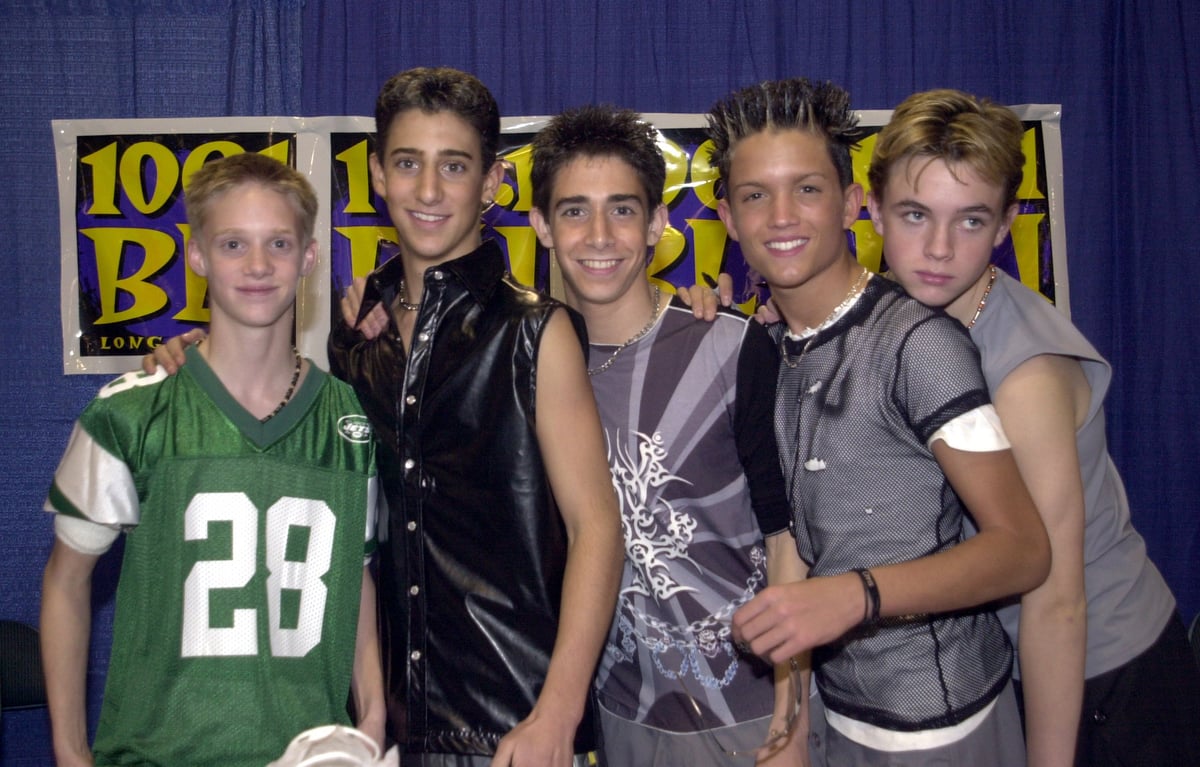 Sadly in 2020, Trousdale passed away due to complications from COVID-19.

Their bond would not be broken though, as the loss of their bandmate reunited the group after years of distance.

"It was such a great part of my youth, even though we were very short-lived. So, it was tragic and sad, but also had this, like, silver lining," he said, a year after the death of Trousdale.

McCartney told E! News he's still not sure about a Dream Street reunion tour, saying: "I don't know if we're going to tour. We definitely promised each other we're going to keep in touch more and see each other." 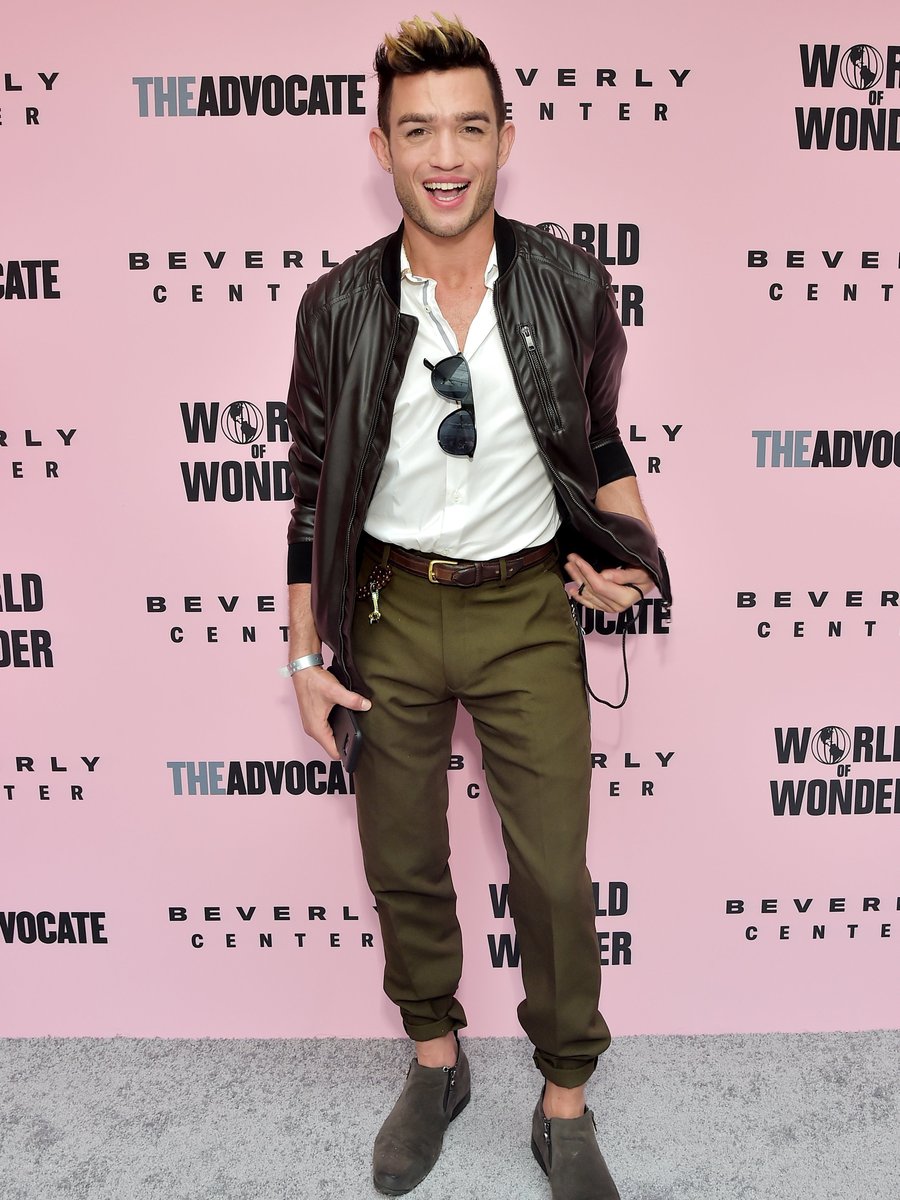 Despite the tragedy that would later follow the heartthrob boy band, McCartney would shoot to fame in 2004 over his first solo album.

Titled Beautiful Soul and featuring the debut hit of the same title, the album soon reached number 15 on the Billboard 200 and landed the singer a number of awards including Choice Male Artist and Choice Breakout Male at the Teen Choice Awards in 2005.

On September 28, 2004, I released an album called “Beautiful Soul” that changed my life forever. Here’s to you for listening, and to many more years of making music. All my love – J. #15years

Although McCartney’s debut is still considered his most successful album, he’s since released five more studio albums, two live albums and a number of EPs.

In 2007, McCartney also co-wrote Leona Lewis’ hit song ‘Bleeding Love’, which ended up hitting number one on the Billboard charts.

Alongside his career in music, McCartney has also had a strong career in television, appearing in Disney sitcoms The Suite Life of Zack & Cody and Hannah Montana as well as lending his voice as Theodore in Alvin and the Chipmunks and its sequels. He also appeared on Fear the Walking Dead and Major Crimes.

From 2004 to 2005, McCartney starred in American drama series Summerland. The series followed clothing designer Ava Gregory (Lori Loughlin) as she raised her niece and nephews after their parents passed away. The series, which ran for just two seasons, also starred Carmen Electra, Zac Efron and Sara Paxton.

McCartney shared In Technicolor in 2014, and in 2021, he announced the release of his fifth album, New Stage.

"This album is such a big part of who I am at this very moment," he shared in a post to Instagram. "It‘s a musical journey that follows what it was like to be a young kid growing up in the industry all the way into his twenties. It also follows a hopeless romantic who finally finds himself in the relationship of his dreams.

"It has taken family, friends, and a whole lot of learning experiences to grow into the person I am today; someone who can look back, reflect, and feel the deepest sense of gratitude for the extremely fortunate life I have been given. I’m pulling back the curtain a little bit and giving you guys an idea of what it’s been like for me."

He continued: "I hope you enjoy listening to this project as much as I enjoyed writing it. There are an endless amount of people for whom I need to thank, as this was a collaborative effort, but for now, I just want to thank you, the listener, for giving that young kid an opportunity to share his talents, and the loyalty to stick by him after so many years."

Despite the seven-year hiatus, the 34-year-old's passion for music is still as vibrant as ever – and it's clear his fans are still keen to hear him.

In fact, 17 years later, the singer, who has 607,000 Instagram followers, is still selling out tours.

Over the years, McCartney has been linked to Arrow actress Katie Cassidy, The Suite Life of Zack & Cody actress Brenda Song, and The Flash actress Danielle Panabaker.

In September, however, the 34-year-old joined the likes of the Jonas Brothers, Chad Michael Murray and our other childhood crushes who are now married when he proposed to his partner, Katie Peterson.

After seven years together, McCartney popped the question at a restaurant in Beverly Hills - the same one they had shared their first date together, back in 2014.

"The couple were with a group of friends as McCartney got down on one knee," a source told People at the time.

"The whole restaurant fell silent as he asked her to marry him and went into a loud applause and cheered when she said yes."

McCartney and Peterson planned to marry in 2020, but would not officially tie the knot until October of this year, due to the coronavirus pandemic, which saw countries across the globe go into nationwide lockdowns.

Their love story was one for the books, with the pop star telling People he approached her while she was bartending at his friend's birthday back in 2014.

"I was sort of trying to sweet-talk her," McCartney explained. "I found her incredibly attractive and was just trying to charm her, but she wasn't having it. I eventually left my number on a napkin and she said, 'You didn't write your name down on it!' And I was like, 'Oh, of course, she probably got a million of these tonight.' I had to write my name down on the napkin and then eventually the rest is history!"

The pair married in Carmel, California at the Santa Lucia Preserve on Saturday - just a week before Halloween.

It was a "floral-filled" ceremony and Peterson described the whole thing as "breathtaking".

"It's extremely whimsical and like a fairytale, truly," she said. "You're in the middle of the redwoods and these trees are like, 800 years old and they're massive. It's a very special place." 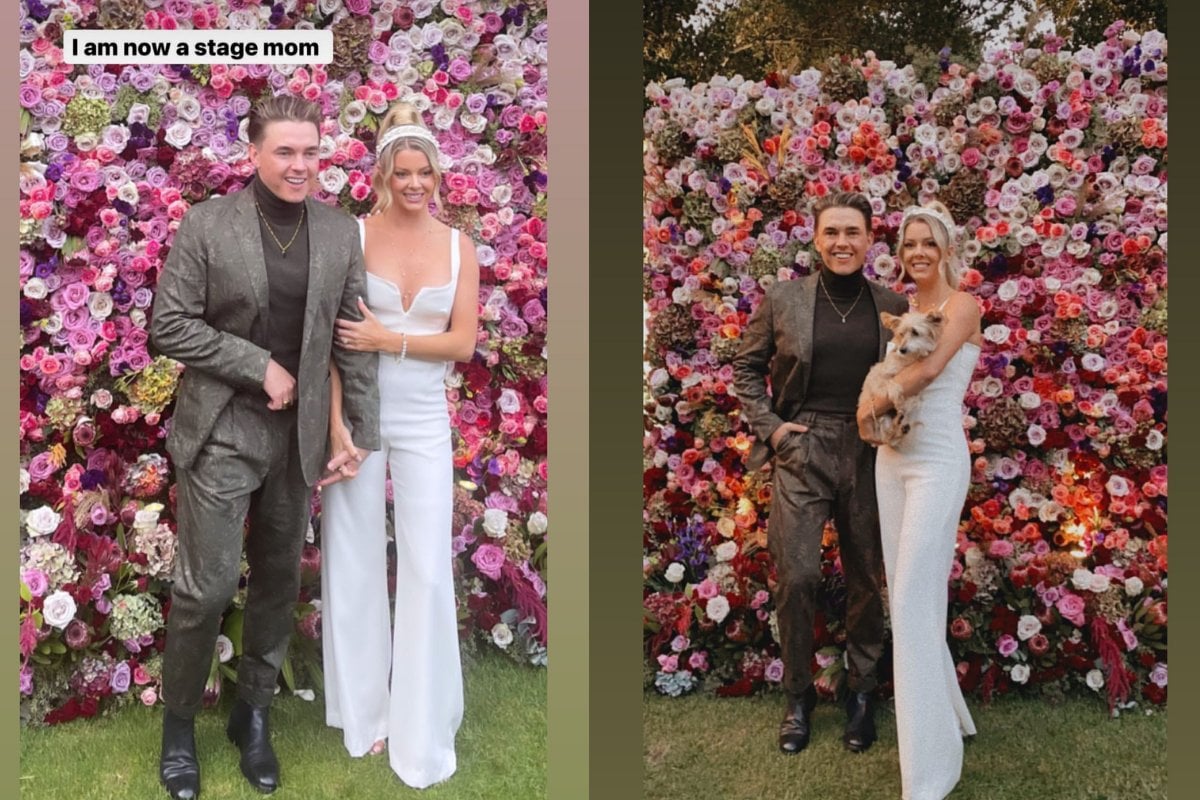 The pair are yet to release official photos from their wedding day, but friends took to their Instagram stories to gush over the newlyweds. Instagram: @JesseMcCartney.

Sadly, McCartney stuck to his word and didn't give his bride a heartfelt rendition of 'Beautiful Soul', but he did perform his song 'Party of Two' - which he wrote and first sung for her the night they got engaged.

Their first dance together was to 'Lover' by Taylor Swift.

The couple have not shared their plans to have kids, but it appears both McCartney and Peterson are already happy with their fur-child Bailey.

Were you a fan of Jesse McCartney? Let us know your thoughts in the comments.

Didn't he also play the teenage Adam Chandler Jr (JR) on All My Children in the early 00s? I think he sang on an episode,too