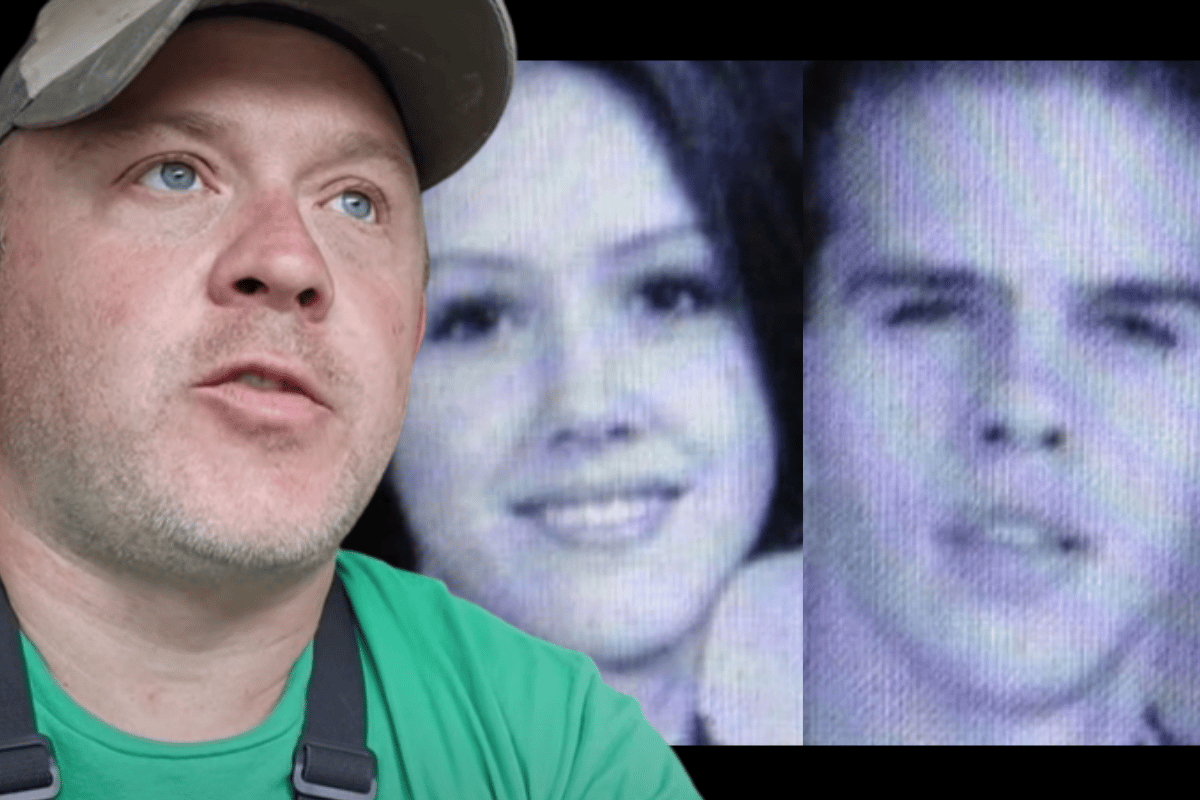 In November, Jeremy Sides slipped quietly into the small town of Sparta, Tennessee.

He was looking for two teenagers who’d disappeared 21 years earlier, and he thought he had a pretty good idea of where he might find them. But he didn’t want to get anyone’s hopes up.

Eighteen-year-old Erin Foster and 17-year-old Jeremy Bechtel were friends who’d gone missing in Erin’s car on the way to a party in April 2000. There were rumours they’d run away together to Florida, or got caught up in the drug trade, or had been murdered.

Someone even claimed to have seen their bodies “in the back of a truck with blood coming out the back”. Their families didn’t believe they’d run away, but no one knew for sure. Police followed leads, but no trace of the teens – or the car – was seen for 21 years.

Jeremy Sides is a YouTuber who films himself scuba diving. In December, when he was in Sparta, he used sonar to search for Erin’s car in local lakes and rivers, but didn’t find anything. He made a video about it, saying he’d be back.

A member of the Foster family saw it and mentioned it to Sheriff Steve Page at church. Page realised Sides was using more sophisticated technology than he’d ever had access to. He contacted the YouTuber to suggest he look in the Calfkiller River, which runs along the highway.

“It’s heart-wrenching to know it was that simple, and it was made that hard because of all the rumours and horror stories through the years,” Page told the Washington Post.

The Foster and Bechtel families had lived with the rumours, having their hopes raised and dashed numerous times.

Jeremy Bechtel’s mother Rhonda had died of cancer, and his father Ronnie felt sure the stress had contributed to it. Now he finally had an answer, and some sense of closure.

“I can bury my son,” Ronnie told the Washington Post. “I’ve prayed that if he’s not on this Earth, that he’s with Jesus and with Mama, and there’s no doubt they’ve all seen him by now and know what’s happened.”

Sides slipped quietly out of Sparta before the families could thank him.

“I was very humbled that I could just help out,” he said.

Sides never planned to be an investigator. He was just a guy running a car business who liked to mess around with a metal detector in his spare time. But he found that he was good at finding missing things, and he enjoyed it.

He started his YouTube channel, Exploring With Nug, in 2016.

Then he learnt how to scuba dive, so that he could look for missing cars and missing people. He pored over The Charley Project website to find cases of “people who vanished off the planet and vanished in their cars”.

The disappearance of the Sparta teens was the second missing persons cold case Sides had solved in the space of a few weeks.

Earlier in November he’d travelled from his home in Georgia to Oak Ridge, Tennessee, to try to find out what had happened to 84-year-old Miriam Ruth Hemphill.

She’d disappeared in July 2005, three months after her daughter Connie had been found dead in her car, having taken her own life.

Miriam had written a note about her daughter and then gone out in her car and never returned. Her husband Bill believed she’d driven into a local lake, but she was never found.

“Naturally, I really do miss her very much,” Bill told The Oak Ridger in 2009. “It’s kind of hard to find a woman like that.”

Last month, Sides set up sonar in his boat on the Melton Hill Lake and found seven cars at the bottom. The third one matched the description of Miriam’s car. Human remains were found inside.

"There's a couple of cops that were soon to retire,” Sides said. “They really wanted to know where she was before they retired.”

Listen: True Crime Conversations explores the world's most notorious crimes by speaking to the people who know the most about them. Post contineus below.

Sides funds his searches through his YouTube channel, donations and sales of merchandise, such as t-shirts and keychains. He says diving in lakes and rivers is very different from diving in the ocean.

“It’s fun, but it’s definitely a claustrophobic feeling, because you can’t really see much more than two to three feet in front of your face,” he told the New York Times. “It freaks some people out pretty good.”

Sides isn’t the only YouTuber devoted to solving missing persons cases through scuba diving. In October, he helped two other groups, Chaos Divers and Adventures With Purpose, find the remains of a military veteran, Thomas Thornton, in a reservoir in Texas.

Adventures With Purpose was founded by Jared Leisek, who started out doing clean-ups of Oregon waterways in 2018, removing tonnes of rubbish. He would find things like iPhones and sunglasses, and post videos to YouTube.

Before long, families who had lost loved ones in waterways started contacting him. Since 2019, Adventures With Purpose has solved 16 missing persons cases.

One of the most emotional cases involved the disappearance of Samantha Hopper and her daughter Courtney from Arkansas in 1998. Samantha, who was more than eight months pregnant, was last seen driving off with one-year-old Courtney, planning to drop her with a friend before going to a concert.

She left behind a three-year-old daughter, Dezarae.

Dezarae grew up not knowing what had happened to her mum, but always believing she hadn’t abandoned her. Earlier this year, she contacted Adventures With Purpose, asking them to look for her mum and sister, and in October, the team discovered a car that matched the description of Samantha’s, under three metres of water, not far from a bridge.

Human remains were found inside.

“Dezarae, your mum loved you,” Leisek wrote in a post. “She did not walk out on you and we have nothing more than an unfortunate accident.”