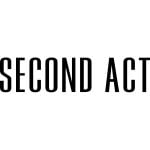 For the longest time there has been an invisible finish line in place for women when it comes to the idea of career success.

’30 Under 30′ lists could be held somewhat responsible, those curated  groups of names we have seen splashed across the pages of magazines and emblazoned on websites, strengthen the idea that your 20s are for big career swings and your 40s and onwards are for winding down and stepping out of the limelight.

Except now we have a new list of role models to follow. Women who, after the age of 40, (and 50/60/ 70) show no signs of slowing down and instead are powering through to new career highs, giving themselves a second act built on reinvention and experience.

Here are seven women who prove age is just a number.

Jennifer Lopez is the queen of reinvention, a women whose career trajectory is just as exciting and creative as the day we were first introduced to her.

She started out as a backup dancer for New Kids on The Block and appeared in Janet Jackson's music video for 'That's The Way Love Goes' in the early '90s.

Her first big-screen acting gig in the 1997 biopic Selena, saw her become the first Latina actress to earn over US$1 million for a film. From there, she released her debut album On the 6 which cemented her as a musical powerhouse and one of the best live performers of her generation. All  reigning at the top of the box office thanks to leading roles  in romantic comedies and edgy dramas.

In 2011 her career flipped again, when she became a judge on  American Idol. In contrast to that glitzy TV role, she once again surprised her fan base with an unexpected career turn, starring in and producing the grittier TV drama Shades of Blue. Her character was a single mother and police detective who goes undercover for the FBI.

Now, much to the delight of movie fans everywhere, Jennifer will soon be back on the big screen in the comedy Second Act, where she plays 40-year-old Maya who is struggling with unfilled dreams and then masterfully manipulates her way into a whole new career.

We first fell in love with Kylie thanks to her truly iconic role as Charlene Robinson on Neighbours, and since then her career has continued to shine with the might of a thousand gold hot pants.

During her career she has released 14 albums, toured the world and won a slew of awards including a Grammy. After reigning as the ultimate Pop Princess, no one would have judged her for hanging up her dancing shoes but she had other ideas.

In 2017 she kicked off her 'second act' by taking on a role that completely deviated from the star we all thought we knew in the Australian comedy Swinging Safari and 2019 will see her her back on stage in her Golden tour of Australia.

Actress and director Viola Davis kicked off her "second act" with a big-screen flourish.

She began her career on stage before becoming the first black actress to be nominated for three Academy Awards, winning one for Fences.

Viola's glow-up saw her become a leading lady across both television and film, a feat achieved by few others in her industry and rarely done in tandem.  In 2015, Davis became the first black woman to win a  Lead Actress Emmy for her lead role in How To Get Away With Murder.

Her leading lady career is even stronger now that she is in her 50s, with roles in the hit superhero flick Suicide Squad and heist thriller Widows.

Dame Helen Mirren began her acting career in 1967 with a touch of Shakespeare before going on to win the Academy Award for Best Actress in 2007.

Now in her 70s, Helen Mirren's glow-up is one of startling creative strength and honesty (along with the delightful mocking of the uselessness of face cream). She is an actress with no interest in fading into the background by taking on matronly supporting roles.

Her big screen credits for 2018 include the supernatural horror film Winchester: The House That Ghosts Built and the crafty yet whimsical Mother Ginger in The Nutcracker and the Four Realms.

Reese Witherspoon shot to fame in her early 20s, becoming one of the world's most commercially successful actresses.

Now in her 40s (where in the past, in the progressive world of Hollywood, means she would soon be put out to pasture) Reese has progressed from a screen starlet to a boss, launching a production company called Hello Sunshine, a clothing company called Draper James while also writing a book. All while also starring in and producing one of the biggest TV hits of 2018, Big Little Lies.

Hillary Clinton was the first female candidate to be nominated for president by a major U.S political party, a feat that saw her campaign against but eventually lose out to Donald Trump.

Instead of fading into the background (which, frankly, no one would have blamed her for) Hillary launched a second phase of attack. She went on to write her third memoir at 71, What Happened, and launched Onward Together, a political action organization dedicated to fundraising for progressive political groups.

Shonda Rhimes is best known as the woman responsible for the TV worlds you love to live in (as well as killing off most of your favourite characters, but we won't dwell on that now).

She is the creator, head writer, and executive producer of Grey's Anatomy, Private Practice, Scandal and How to Get Away with Murder.

After creating one of the world's most successful TV empires, Shonda could have taken it easier after stepping away from the well-oiled production machine she had created. Instead, at the age of 48, she is embarking on a new stage of her career.

Shonda has scored a multi-year development deal with Netflix, where she is now busy creating her second act of TV domination.

Which women have inspired you to embark on your second act?

This content was brought to you with thanks by our brand partner, Village Roadshow.

Second Act is a comedy in the vein of Working Girl and Maid In Manhattan. Jennifer Lopez stars as Maya, a 40-year-old woman struggling with frustrations stemming from her unfulfilled dreams. Until, that is, she gets the chance to prove to Madison Avenue that street smarts are as valuable as a college degree, and that it is never too late for a Second Act. A classic film for modern audiences about second chances, perseverance and the power of believing in yourself.

I’m not sure we have the same definition of “glow-up”. The Urban Dictionary description is someone who goes from unattractive to very attractive suddenly. The most common usage I’ve seen on Buzzfeed etc refers to people like Matthew Lewis (Neville Longbottom from the Harry Potter films) who was a fairly average looking teenager, but grew up into a handsome man. I really don’t think any of these women - fabulous as they are - fall into that category.

I can imagine Dame Judi Dench and Angela Landsbury being like "Jennifer Lopez? Above Helen? And no us? Who wrote this?"

Agreed, doesn't really apply to already attractive people that get more attractive through the use of a personal stylist.

In honour of Neville, I prefer the term "Longbottoming" to glow up.