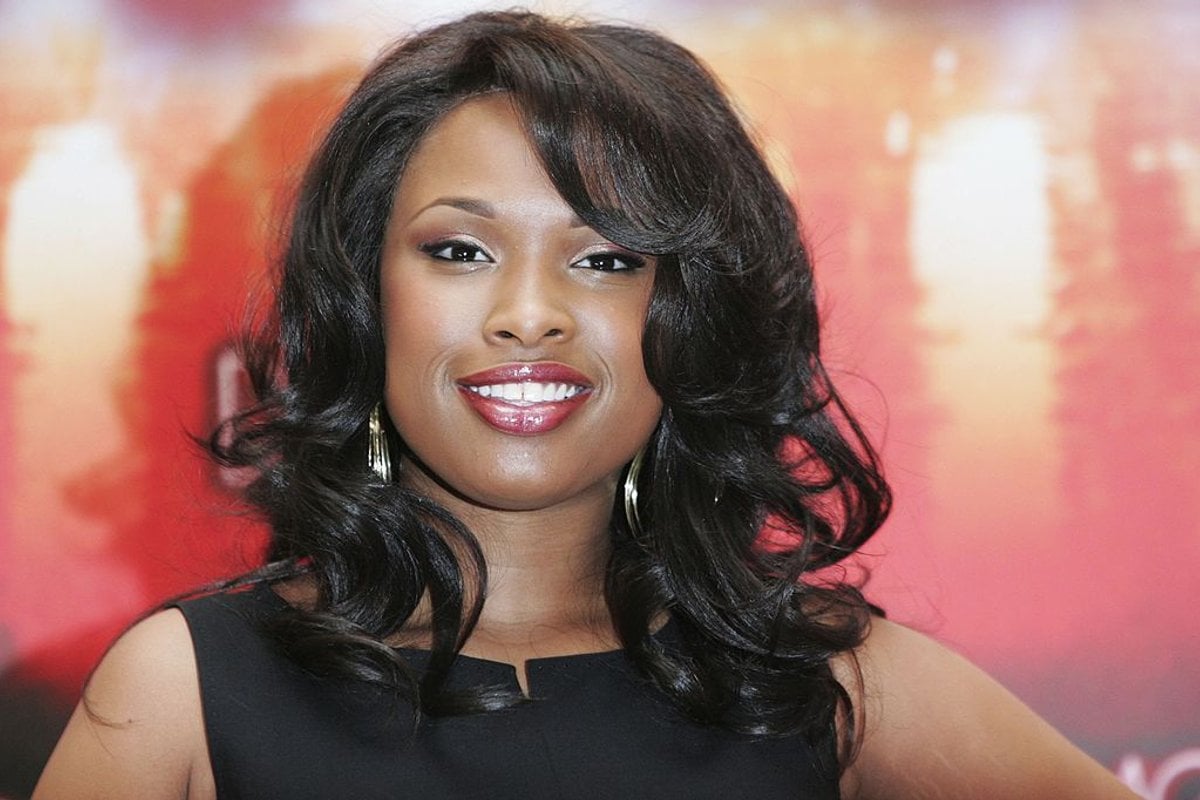 It’s not just her voice. It’s the way she connects with Aretha’s heartbreak.

"As an actor, you have to go to your own real places," Jennifer told InStyle. "I don't think I would have been able to dig that deep or connect in a way, had I not been through things myself.”

Those things that Jennifer has been through are the murders of her mum, brother and nephew, on one terrible day in 2008.

She’s been able to forgive the man who killed her family and stay focused on her career, because she knows that’s what her mum and brother would have wanted.

Jennifer grew up in a churchgoing family in Chicago, one of three children born to bus driver Samuel Simpson and Darnell Donerson. From the age of seven, singing was all she wanted to do.

“I’d ask for solos in church and they’d give me the runaround,” she told the Chicago Sun-Times in 2006.

“I remember sitting in the bathroom of my house at seven years old, crying and saying, ‘Nobody will listen to me, so I’ll listen to myself sing'.”

By the time she tried out for American Idol in 2004, singing an Aretha Franklin song, Jennifer had a job as a cruise ship singer. But despite her powerhouse voice, she didn’t win Idol that year.

She was controversially eliminated in seventh place, after ending up in the bottom three with Fantasia Barrino and La Toya London. Elton John declared the voting to be “incredibly racist”.

That could have been the last anyone heard of Jennifer Hudson. But she still believed in herself.

“I didn’t know how or when, but I knew there was going to be something huge,” she told the Sun-Times. “In any audition I walk in, before Idol and after Idol, regardless of what happens, I know I’m walking away with my gift and nobody has that but me.”

The year after Idol, the casting agency for the movie version of the musical Dreamgirls came knocking.

They asked Jennifer to audition for the role of Effie White, who sings the show-stopper “And I Am Telling You I’m Not Going”. Up against almost 800 other women, including Idol winner Fantasia, Jennifer got the part.

It was her first movie role. She beat out Cate Blanchett to the Oscar for Best Supporting Actress, posing afterwards with her widowed mum, who she’d brought to the ceremony with her.

Suddenly, everyone was talking about Jennifer Hudson. She filmed a role in the Sex And The City movie. She recorded her self-titled debut album. She got engaged to David Otunga, a professional wrestler and lawyer.

Then her life was ripped apart by William Balfour.

Balfour, who’d gone to the same primary school as the three Hudson siblings, grew up with a criminal dad, and started getting into trouble with the police from the age of 14.

In 2006, Balfour was out on parole when he reconnected with Jennifer’s sister Julia, a single mum who drove a school bus for a living. They got married, and Balfour became a self-described “proud parent” to Julia’s young son from a previous relationship, Julian King.

“None of us wanted her to marry him,” she later said in court. “We did not like how he treated her.”

After a year of marriage, Julia wanted out. Balfour was told to leave the family home, where Julia lived with her mum Darnell and her brother Jason.

He threatened Julia, saying, “If you leave me, you will be the last to die. I'll kill your family first.”

On October 24, 2008, the day after Julia’s birthday, Balfour drove past the house and saw some balloons, which he was convinced had been given to her by her new boyfriend.

Julia left for work. Balfour went into the house. He shot dead Darnell and Jason. Then he drove off with seven-year-old Julian in Jason’s car.

Julia came home to find her mother dead. As she rang 911, she was hit by the thought that something might have happened to her brother. Then came the horrible realisation that her son was missing.

For three days, no one knew what had happened to Julian.

Jennifer posted a photo of him and a message on her MySpace page: “Please keep praying for our family and that we get Julian King back home safely."

Three days later, Jason’s car was found. Julian’s body was inside. He’d been shot twice in the back of the head.

Balfour was taken into custody and was charged with all three murders. He pleaded his innocence, but was given three life sentences.

“You have the heart of an arctic night,” judge Charles Burns told him. “Your soul is as barren as dark space.”

Jennifer took a few months’ break, then picked up her career where she’d left off. She won a Grammy for her debut album. Less than a year after the murders she gave birth to a son, David Otunga Jr.

She told Glamour that having a child was the best therapy.

In 2012, Jennifer and Julia spoke to Oprah Winfrey. Jennifer revealed that she’d forgiven Balfour for the killings, and didn’t even hold him fully responsible for what he’d done.

"For the most part, it's not his fault," she said. "It's what he was taught, how he was brought up."

She said Balfour “never had a chance”.

"Had you had the love my mother gave us, or the background that some have, then you would've stood a chance."

In 2019, as her new movie Cats was about to come out, Jennifer told The Guardian she realised early on in the grieving process that she had to honour her mother and brother by moving on with her life.

“I’m hearing my brother’s voice say, ‘Jenny, knock it off!’ He would be angry at me for giving up. Or all the things that my mother instilled in us. She prepared us. She would say, ‘You know, I’m not always going to be here, and I want you all to be able to make it.’”

As for the Aretha Franklin biopic Respect, to be released later this month, that’s something that’s been in the works for a long time.

Aretha died in 2018, but years before her death, she told Jennifer that she wanted her to play her in the movie of her life.

Jennifer told InStyle that she did wonder why Aretha had chosen her, but then it clicked.

“Because we parallel in so many ways through our life stories and the things we've been through and experienced," she explained. "I know, as a person who has suffered a lot of loss, I don't like having to talk to people who haven't lost anything."