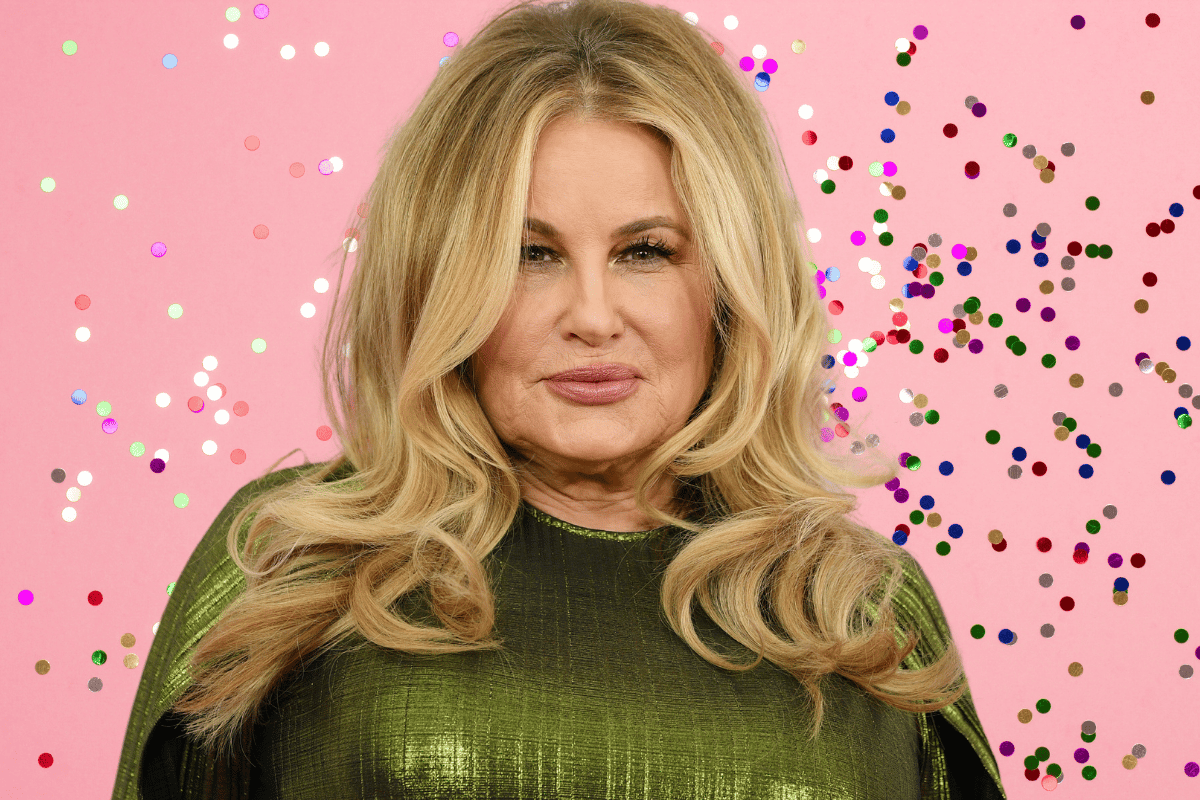 The world knows Jennifer Coolidge for her iconic roles in American Pie, Legally Blonde, and A Cinderella Story.

But despite her long list of TV and movie roles, it seems Jennifer Coolidge may be implementing her very best acting skills in her personal life.

The Promising Young Woman star, who recently appeared on The Kelly Clarkson Show, has shared that she once posed as twin sisters in order to date two different men at once.

Watch: Jennifer Coolidge pretended to have a twin so she could date two men. Post continues after video.

Video via The Kelly Clarkson Show.

While dialling into the virtual interview on The Kelly Clarkson Show from Hawaii, the 59-year-old shared that she has previously had "all sorts of crazy experiences" during her other trips to Hawaii.

When Clarkson asked for more details, Coolidge replied: "Quite a few years back, I did come to Hawaii, and when you're on vacation alone, you can kind of create anything you want."

She continued: "I ended up meeting these two guys that were best friends, and I liked them both, and so I told them that I had an identical twin. And I dated both guys for two weeks."

In response, Clarkson was... speechless.

"I don't know if I would have the guts to do that now but at the time it really was sort of a great decision," Coolidge added.

"Because you know, when you're younger you can just about get away with anything."

Here are our five burning questions:

How did Jennifer Coolidge manage to fool two best friends for two weeks?

If you're going to tell us about posing as twins to date two guys at once, we need to know every single little thing.

THERE ARE JUST SO MANY MISSING DETAILS.

Did the twins have different personalities?

Okay, we get it. Jennifer Coolidge pretended to have an identical twin.

Was there a Mrs Doubtfire-esque double date?

Remember that scene in Mrs Doubtfire when Robin Williams' character attended the same restaurant as both himself and Mrs Doubtfire?

OK. In case you've forgotten, the scene involved Williams frantically getting changed in and out of his Mrs Doubtfire disguise in a restaurant bathroom while trying to maintain two separate dinner conversations. It was a lot.

Anyway, tangent aside... this is 100 per cent how we're imagining Jennifer Coolidge's situation.

Can you image if the men went on a date with the "twins"?

We can just imagine Jennifer Coolidge frantically running to and from the bathroom to change outfits and it's everything.

Jennifer Coolidge pretending to be a twin to date two men is precisely the energy I am bringing when vaccinated.

DID THE MEN FIND OUT?

The most important question of all.

Why isn't there a movie yet?

LISTEN UP, SCREENWRITERS. JENNIFER COOLIDGE HAS GIVEN YOU A FREE MOVIE PLOT. USE IT. IMMEDIATELY.

What's the wildest thing you've ever done for a date? Let us know in the comments section.