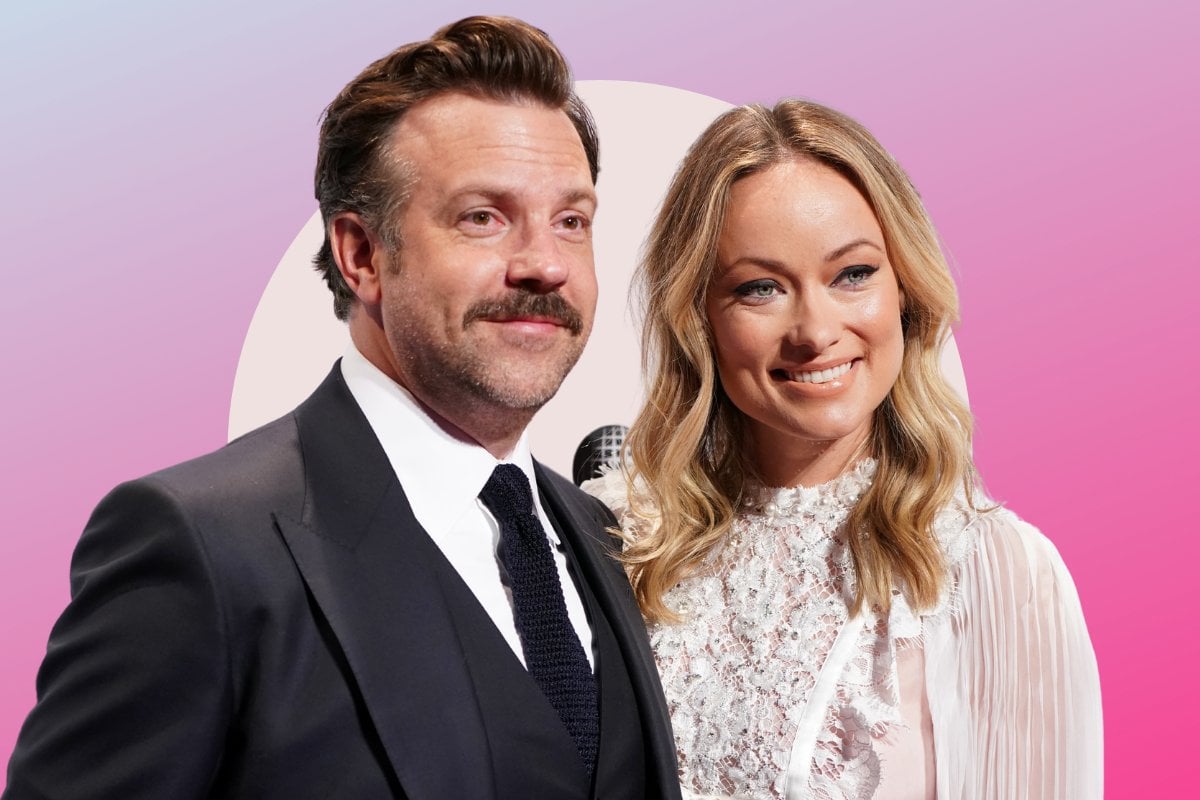 2020 was undoubtedly the year of the celebrity break-up.

From Megan Fox and Brian Austin Green to Vanessa Hudgens and Austin Butler, the year was filled with 'isolation divorces' and break-ups.

But out of all of them, the end of Olivia Wilde and Jason Sudeikis' seven-year engagement was perhaps the most unexpected.

And now, eight months later, Jason Sudeikis has opened up about the end of their nine-year relationship.

Speaking to GQ in a new profile, Sudeikis admitted that he still doesn't have clarity about the end of their relationship.

"I'll have a better understanding of why in a year," he shared, "and an even better one in two, and an even greater one in five, and it'll go from being, you know, a book of my life to becoming a chapter to a paragraph to a line to a word to a doodle."

The Ted Lasso star also acknowledged that the last year had been hard, and that he's still trying to understand what to "take away" from his split from Wilde.

"That's an experience that you either learn from or make excuses about. You take some responsibility for it, hold yourself accountable for what you do, but then also endeavour to learn something beyond the obvious from it," he said.

Wilde and Sudeikis first met at a Saturday Night Live finale party in 2011. At the time, Wilde had separated from her ex-husband Tao Ruspoli and Sudeikis had split from his filmmaker ex-wife Kay Cannon. 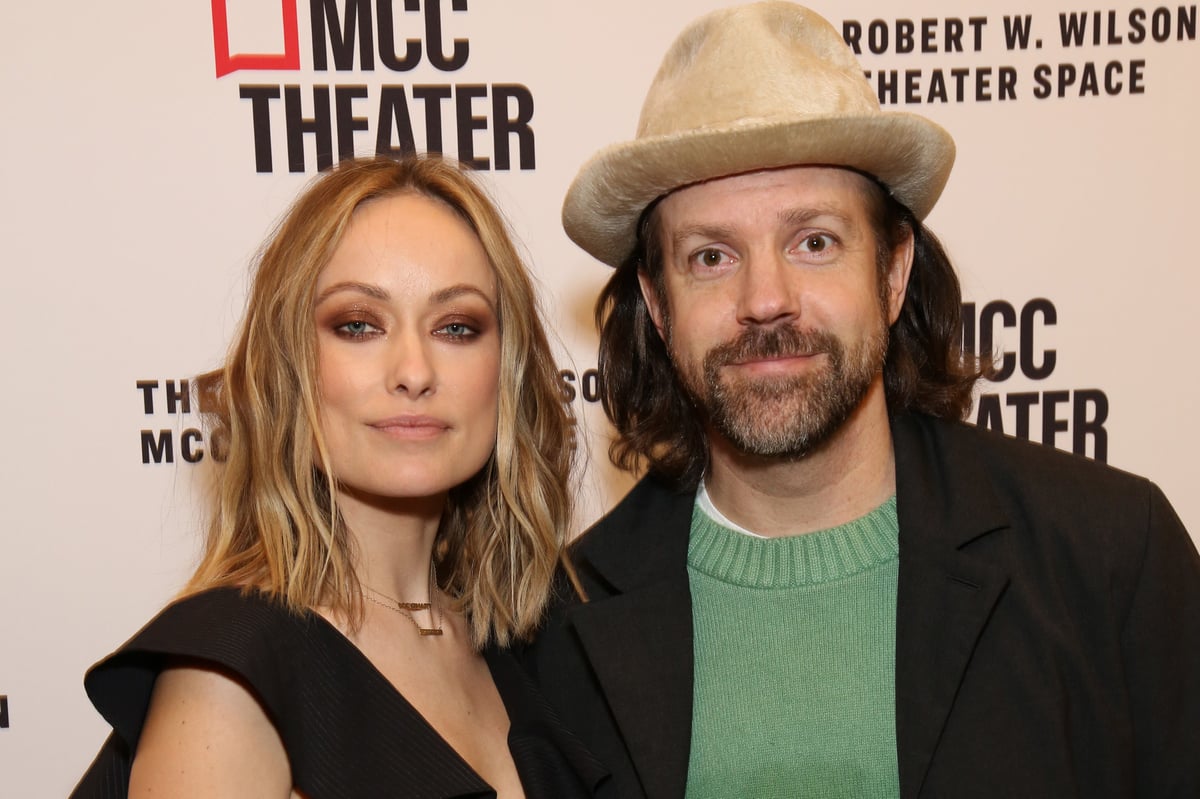 "I actually came off looking a little cooler than I really am because I had heard through the grapevine, through mutual friends who weren’t exactly her best girlfriends, who would report back, 'Oh you know, I think she’s dating someone'," he explained.

"So I didn’t make any moves. I was just very, very busy with other things. And next thing you know, I stopped being busy, she stopped dating someone, and then it was off to the races."

In an interview with Allure, Wilde also spoke about the night she met Sudeikis.

"I met Jason, and I thought he was so charming," she told the publication.

"He's a great dancer, and I'm a sucker for great dancers. But he didn't even get my number."

The 37-year-old went on to explain that she and Sudeikis kept running into each other for months until her friend finally gave the actor her number.

"[One night], my best guy friend walked up to him and said, 'This is Olivia’s number. Use it.' That was the beginning." 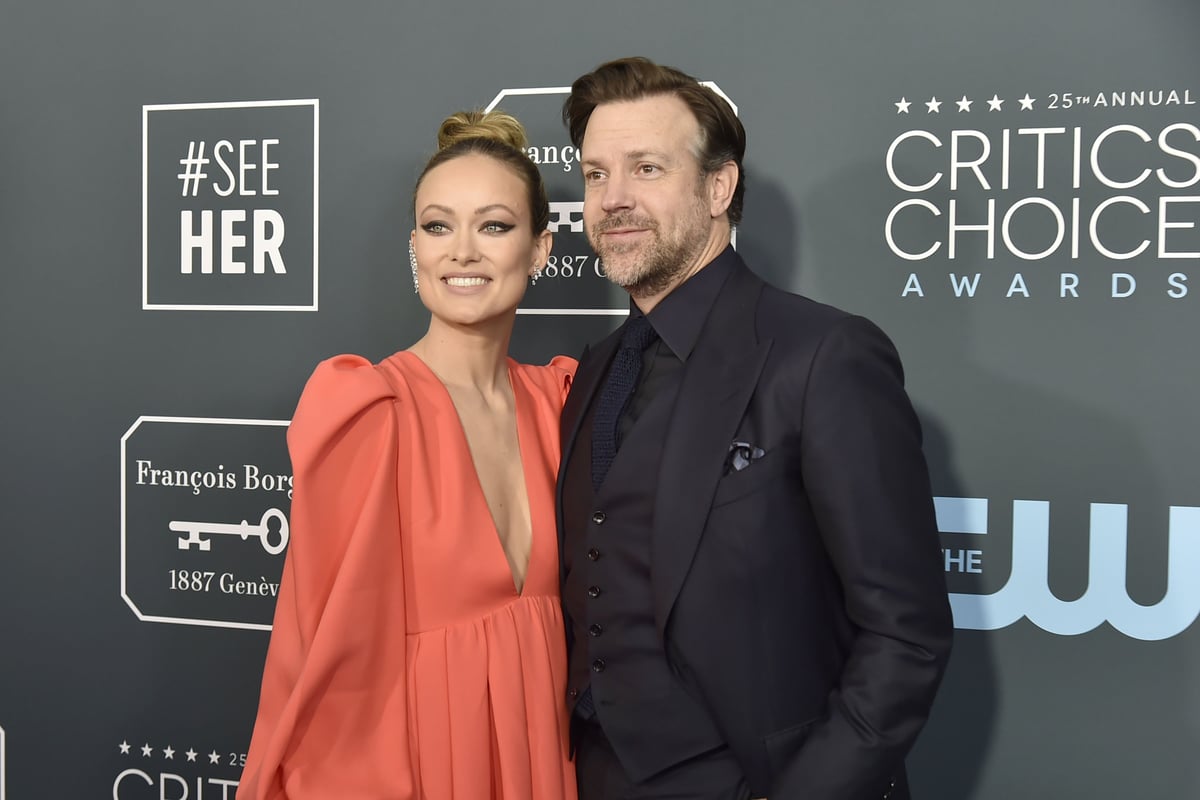 A year later in April 2014, the actors welcomed their first child together, Otis Alexander Sudeikis. They later welcomed their second child, Daisy Josephine Sudeikis, who was born on October 11, 2016.

Speaking to Us Weekly in 2019, Wilde shared that the pair tried to make time for each other after becoming parents.

"We go out and have a lot of fun. We were both really social people when we met, and we didn’t want to give that up when we became parents, so we’re really consistent about our time with them, but we also prioritise a couple of date nights a week."

When news of the couple's split surfaced in November 2020, reports claimed that the break-up was "amicable".

"They just fell out of love in a romantic way, but still have love towards one another as people," a source told Entertainment Tonight. "They consider themselves friends and co-parents first and foremost."

Two months later, however, the former couple were back in the spotlight after Wilde was photographed holding hands with Harry Styles.

At the time, the pair were seen attending a scaled-down wedding for Styles' manager at the San Ysidro Ranch in Montecito, California.

"They were affectionate around their friends, held hands and looked very happy. They have dated for a few weeks," a source told People at the time.

Wilde and Styles met after the singer was cast alongside Chris Pine and Florence Pugh in Wilde's upcoming movie, Don't Worry, Darling.

"Olivia and Harry are together for long days on set and have gotten to know each other really well, so it's all very organic," a source told Entertainment Tonight.

"[Olivia] wouldn't let a romantic relationship get in the way of a professional one, so anything they're doing is being done thoughtfully."

"Little known fact: most male actors don’t want to play supporting roles in female-led films. The industry has raised them to believe it lessens their power to accept these roles, which is one of the reasons it’s so hard to get financing for movies focusing on female stories. No joke, it is harrrrrd to find actors who recognise why it might be worth it to allow for a woman to hold the spotlight," Wilde wrote.

"Enter: @harrystyles, our 'Jack'. Not only did he relish the opportunity to allow for the brilliant @florencepugh to hold centre stage as our 'Alice', but he infused every scene with a nuanced sense of humanity. He didn’t have to join our circus, but he jumped on board with humility and grace, and blew us away every day with his talent, warmth, and ability to drive backwards."

Although Wilde hasn't shared any photos of Styles on social media since February, the pair have continued to be photographed together.

Just weeks ago, the pair, who share a 10-year age difference, were photographed kissing on a boat in Italy.

As for Sudeikis' life after the couple's split, fans became concerned that the actor was "sad" and "struggling" when he accepted his Golden Globe for Best Actor in a TV Comedy Series for his role in Ted Lasso while wearing a tie-dye hoodie.

But according to Sudeikis himself, he was "neither high nor heartbroken" during the virtual ceremony. 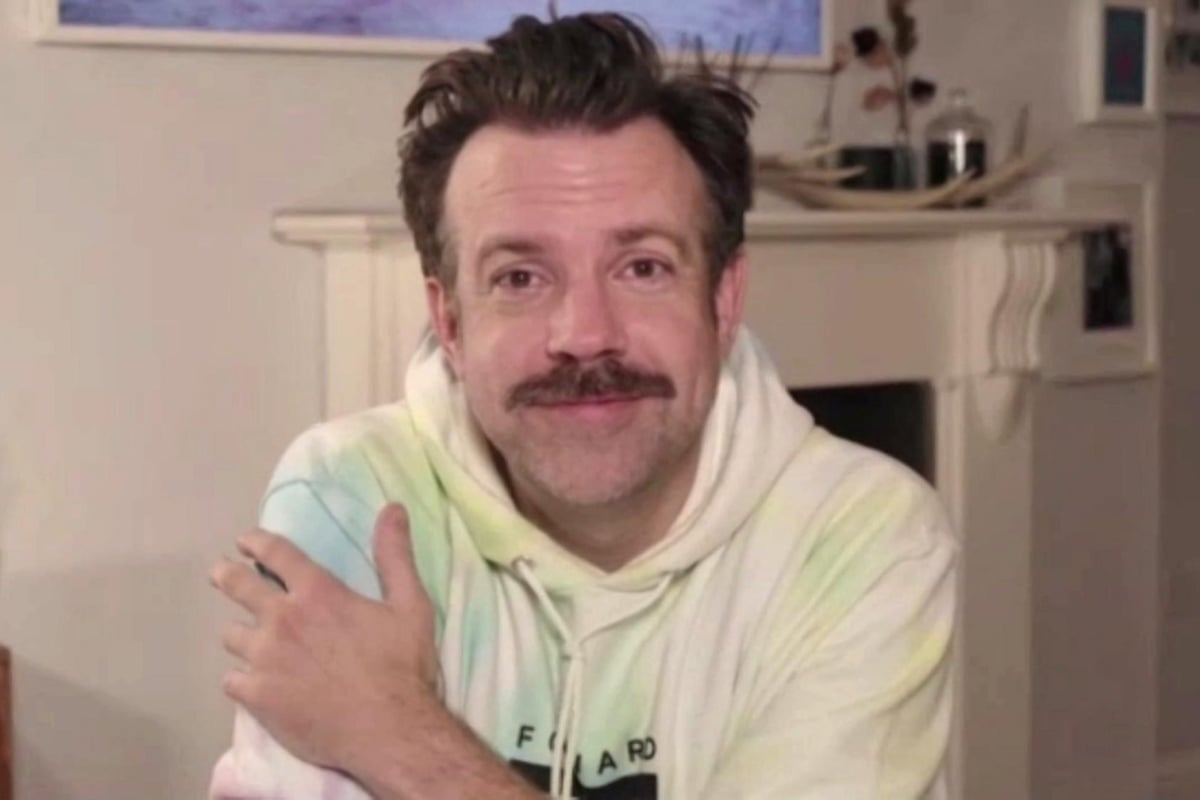 Although the actor was sent a Tom Ford suit to wear, he felt ridiculous wearing it in his London apartment in the middle of the night.

"I wore that hoodie because I didn't wanna f**king wear the fucking top half of a Tom Ford suit," he said.

"I love Tom Ford suits. But it felt weird as shit."

Shortly after the Golden Globes, the 45-year-old thanked his ex-partner in his speech at the Critics Choice Awards.

Likewise, Wilde congratulated Sudeikis for the win on Twitter, writing: "I hope this means we all keep wearing hoodies when the ceremonies are in person next year."

Congrats to Jason and the entire Ted Lasso family on your @CriticsChoice wins! @jasonsudeikis @hanwaddingham @brendanhunting @joekellyjk47 @VDOOZER! So happy for you guys. I hope this means we all keep wearing hoodies when the ceremonies are in person next year. 🙌

"They've been dating for a little while now," a source told People. "They're just having fun. It's nothing serious at this point."

Sudeikis and Hazell has reportedly known each other for several years. In fact, Hazell had a minor role in Horrible Bosses 2 alongside the actor.