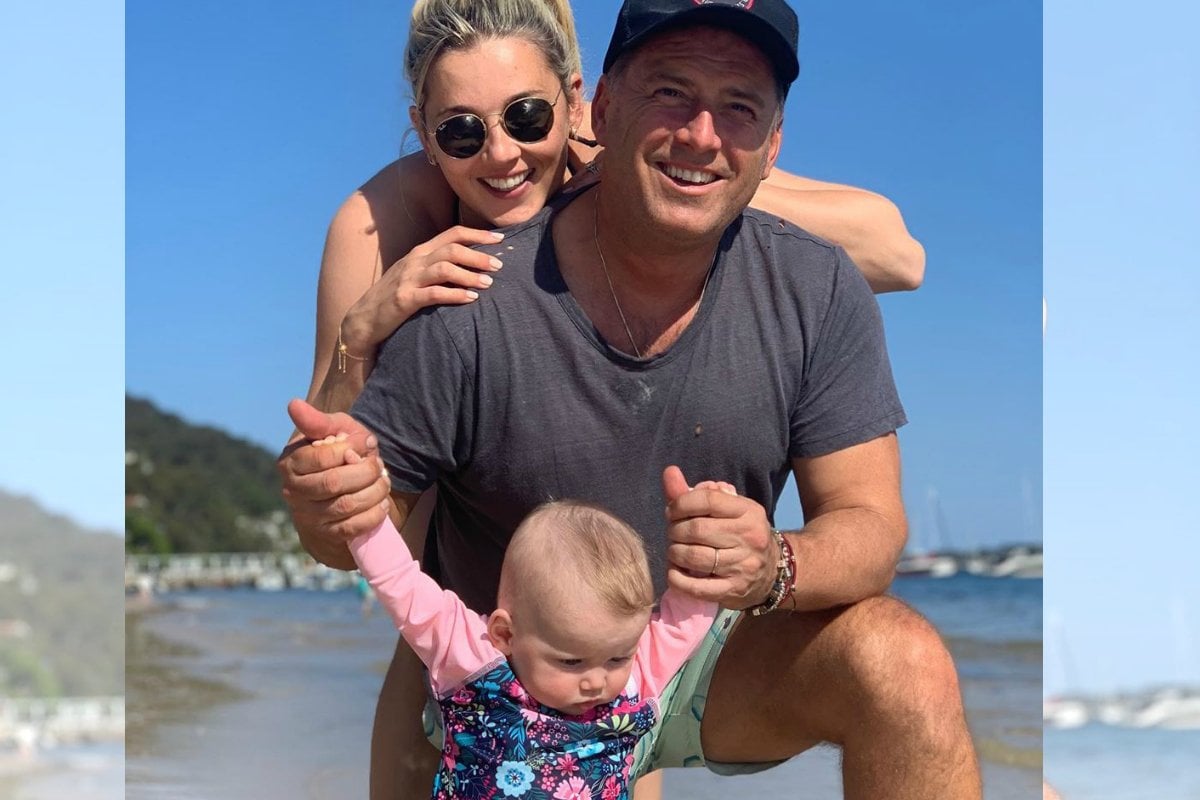 Jasmine Stefanovic (née Yarbrough) - business owner and wife of Karl Stefanovic - has opened up about modelling, marriage and motherhood in a new interview with Stellar Magazine.

Stefanovic, who gave birth to her first child, daughter Harper May, in May, has said becoming a mother is the "best thing" she has done in her life.

"It is so rewarding. Harper is my angel. She is the happiest baby. I’m probably biased, but she is pretty gorgeous," the 36-year-old told the publication on Sunday. "She even wakes up singing instead of crying. And then I look over in her cot and she’s beaming this gummy smile at me."

She added that her husband is a  "very hands-on" father.

The new mum also reflected on the highly publicised origins of her relationship with Karl Stefanovic, co-host of The Today Show.

The Channel Nine presenter met shoe designer Yarbrough onboard a luxury cruise ship in Sydney in 2016, five months following his divorce from his wife of 21 years, Cassandra Thorburn.

At the time, Karl’s detractors thought he had moved on from his marriage too quickly and their relationship became the catalyst for an onslaught of media attention, intense scrutiny and the ruthless intrusion of their personal lives.

Since then, they’ve fielded many scandals along the way, starting from when the couple was forced to go public with their relationship in 2017 when they were pictured in Bora Bora on James Packer’s yacht.

"I had been mainly back and forth from overseas from the age of 20 and had no idea how popular Karl was in Australia. So I was in shock when he used to get chased by paparazzi when I would come home for a visit from LA. I remember turning to him one time and saying, 'What’s going on? You’re not Brad Pitt'."

Jasmine continued: “I think the hardest part was dealing with misconceptions and untruths. You just have to focus on the people that know you and love you.”

Despite it all, the couple remained strong and they married in a lavish three-day wedding ceremony in San Jòse del Cabo, Mexico, in December 2018.

Happy Anniversary my love! Such a beautiful journey with you. I’m so lucky to be navigating this world with you by my side. I love you 💗

In April, Karl Stefanovic also spoke to Stellar about their marriage.

"She’s been through so much... It’s not her fault she fell in love with bugalugs, and the accusations were wrong about her stealing me from Cassandra. It’s rubbish and it’s hurtful.

Karl admitted the relentless public scrutiny led him to ask Jasmine if she was sure she wanted to be in a relationship with him.

Stefanovic has three children from his previous marriage with Cassandra Thorburn: Jackson, 22, Ava, 15, and River, 13.

You can read the full Stellar interview with Jasmine Stefanovic here.