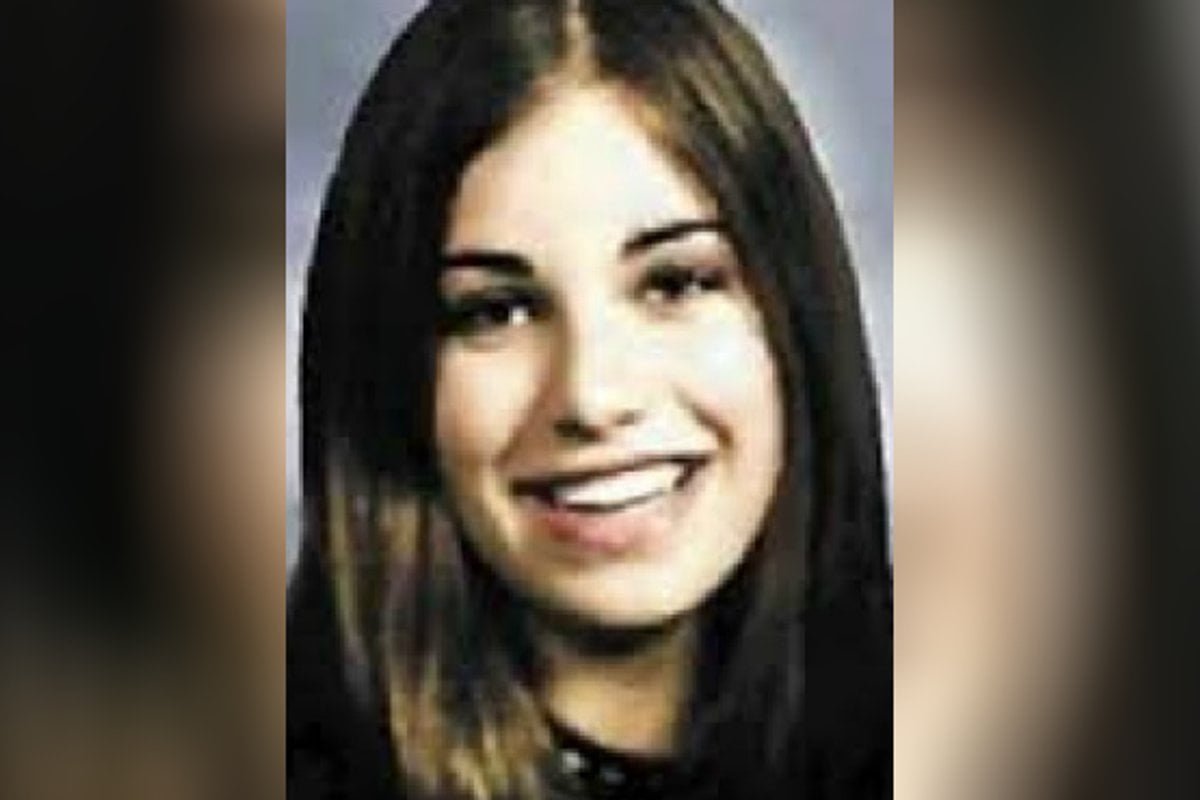 “I have this plan. It begins with me killing them and ends with me living with you.”

In April 2006, 12-year-old Jasmine Richardson murdered her parents and her eight-year-old brother.

After Jasmine’s parents, Marc and Debra Richardson, forbade her from dating Jeremy Steinke, who was 23 years old, the 12-year-old decided that murder was the only answer.

Before Jasmine met Jeremy, she was just like any other ordinary teenager. The 12-year-old was described as a happy and social girl.

Side note – these are the top five true crime documentaries you need to see. Post continues after video.

But after meeting Jeremy, who claimed to be a “300-year-old werewolf” and wore a blood-filled vial around his neck, Jasmine’s behaviour changed dramatically. She began wearing dark makeup to conceal her young age and described herself online as “Wiccan”, “nocturnal” and “insane”.

While Jasmine had a fairly conventional upbringing, things were very different at home for Jeremy.

At school, he was frequently bullied and at home, he was abused by his alcoholic mother’s partner.

Although it was long believed that Jeremy had devised the plan to kill Jasmine’s parents, it was actually Jasmine who first brought up the idea in an email.

She also reportedly told friends about her plans to kill her parents.

“My Lover’s rents are totally unfair; they say that they really care; they don’t know what is going on; they just assume,” Jeremy wrote on his blog in April 2006.

“Their throats I want to slit. Finally there shall be silence. Their blood shall be payment!”

Just days after posting to his blog, the couple would carry out their plan.

After watching movie Natural Born Killers, which follows a young couple as they become serial murderers, Jasmine and her boyfriend carried out their planned massacre. Just two hours later, the pair were seen happily eating in a restaurant.

The day after the murder, a young neighbour visited the house for a playdate with Jasmine's eight-year-old brother Jacob. After spotting what he thought was a body through the window, the boy's mother called the police.

When police arrived, it was discovered that both Debra and Marc Richardson had been stabbed to death in the basement.

Upstairs in his bedroom, eight-year-old Jacob's throat was cut open.

At first, Jasmine wasn't even considered as a potential suspect. In fact, officers believed she may have been kidnapped or murdered like her family.

But after recovering evidence in her bedroom, Jasmine was identified as the main suspect.

The runaway couple were tracked down and soon enough, they were arrested.

In 2007, Jasmine was found guilty of three counts of first degree murder. At just 13 years old at the time of her conviction, she was sentenced to ten years in prison which included time in a psychiatric institution.

On the other hand, Jeremy was sentenced to life in prison without parole for 25 years.

When asked why he had murdered Jasmine's family, Jeremy said: "When you find your soulmate, you do anything for them, I did anything."

Even while they were in prison, the pair continued to send each other letters, professing their love to one another.

Now, over 12 years from the horrific massacre that shocked Medicine Hat, Canada, Jasmine is walking free.

She was released on parole in 2016 at the age of 23. If she remains out of trouble, the murders will be removed from her criminal record next year.

The now-25-year-old is living in a secret location under a new identity.

Although it's been reported that she has responded well to rehabilitation, it is not known whether she is still in contact with Jeremy.

Reply
Upvote
ANYONE! ANYONE who uses age as a reason for NOT institutionalizing/ or ending the young for heinous murders is themselves more likely capable of doing the exact same thing.
Murderers deserve death and if you can't give them that then life behind bars till their death is the ONLY reasonable rational sentence.
M
mamamia-user-528507303 a year ago