For fans of Gilmore Girls, there's no face in Hollywood who musters more 2000s nostalgia than Jared Padalecki.

In 2000, the actor burst onto our screens when he played Rory Gilmore's first boyfriend, Dean, on the comedy-drama show.

But despite his success, Padalecki's life hasn't been free from struggle.

In fact, in recent years, Padalecki has been incredibly open about his mental health issues.

In 2015, the 38-year-old launched a charity T-shirt campaign, Always Keep Fighting, which benefits To Write Love On Her Arms, a nonprofit organisation which supports people struggling with depression and addiction.

Speaking to Variety following the launch of the campaign, Padalecki opened up about his own experience with mental health issues.

"A lot of people don't know this, but during season three [of Supernatural], we were shooting an episode, and I went back to my trailer to get changed and just kind of broke down," he said at the time.

"A doctor came to set and talked to me for about 30 or 45 minutes and said: 'Jared, I think you're clinically depressed. I think I should write you a note and we can shut down production for five days and then we can take it from there,'" he added.

"It kind of hit me like a sack of bricks. I mean, I was 25 years old. I had my own TV show. I had dogs that I loved and lots of friends and I was getting adoration from fans and I was happy with my work, but I couldn’t figure out what it was; it doesn’t always make sense is my point. It’s not just people who can’t find a job, or can’t fit in in society that struggle with depression sometimes."

In the weeks following the incident, Padalecki was supported by the cast and crew on the show.

"Luckily, two of my great friends, Jensen who everybody knows very well, and my friend Kelly who I work with, came to my trailer to check in on me and talked to me for probably an hour or so and then, I was like, 'All right guys, I’m going through a tough time right now. I don’t know what it is, but I’m just going to keep my legs moving. I’m going to keep fighting,'" he explained.

"They let me go that day. They were like, 'Hey buddy, go home. Call your family, and you’re off work. Come back to work tomorrow.'"

Although Padalecki "gradually got better" following that incident, he was later forced to cancel appearances at conventions in Australia and Italy.

At the time, Padalecki's team told Page Six that the actor was "suffering from exhaustion" after spending "a long season away from his family".

"At this time he needs to be home with his family. For now he's taking a break, but is so appreciative of, and sees and feels the love and support of his fans," they said.

That same year, more than 7,000 Supernatural fans held up candles at a convention in honour of Padalecki's Always Keep Fighting campaign.

"I'm holding the candle in my pocket right now, I can't let go of it," he told E! News at the time.

"At first I didn't know what it was. I thought people were holding up their iPhones or something. And then someone handed me the note explaining it and I found out what was really going on," he continued.

"It took everything in my power not to cry."

In November 2019, Padalecki was charged with two counts of assault and one count of public intoxication after allegedly striking two people at a bar in Austin, Texas.

According to eyewitnesses, the 38-year-old reportedly "struck a bartender in the face" inside the club, before putting a man in a headlock outside the venue.

One week after the incident, Padalecki shared a statement to Twitter, writing: "I want to sincerely thank my family and friends for all your love and support."

I want to sincerely thank my family and friends for all of your love and support. So sad to miss the #SPNFamily at #dccon but I hope to see y’all soon. ❤️

Following the incident, the actor was unable to attend a Supernatural convention in Washington DC.

"He had a bad weekend last weekend," Ackles said at the time. "He’s dealing with what he has to deal with."

"We're having fun with it," Ackles laughed, adding that Padalecki was escorted back onto the set "in handcuffs".

"The crew really wanted to wear orange jumpsuits, but we couldn't get them in time," he said.

In November 2020, the final episode of Supernatural aired.

"I think I cried every time I read the script," Padalecki told Entertainment Weekly, reflecting on the final script.

"I feel really proud to have been a part of this."

Now that Supernatural has wrapped up, the actor has a new role. The 38-year-old has taken on the lead role in Stan's Walker, a reboot of Chuck Norris' long-running series Walker, Texas Ranger. 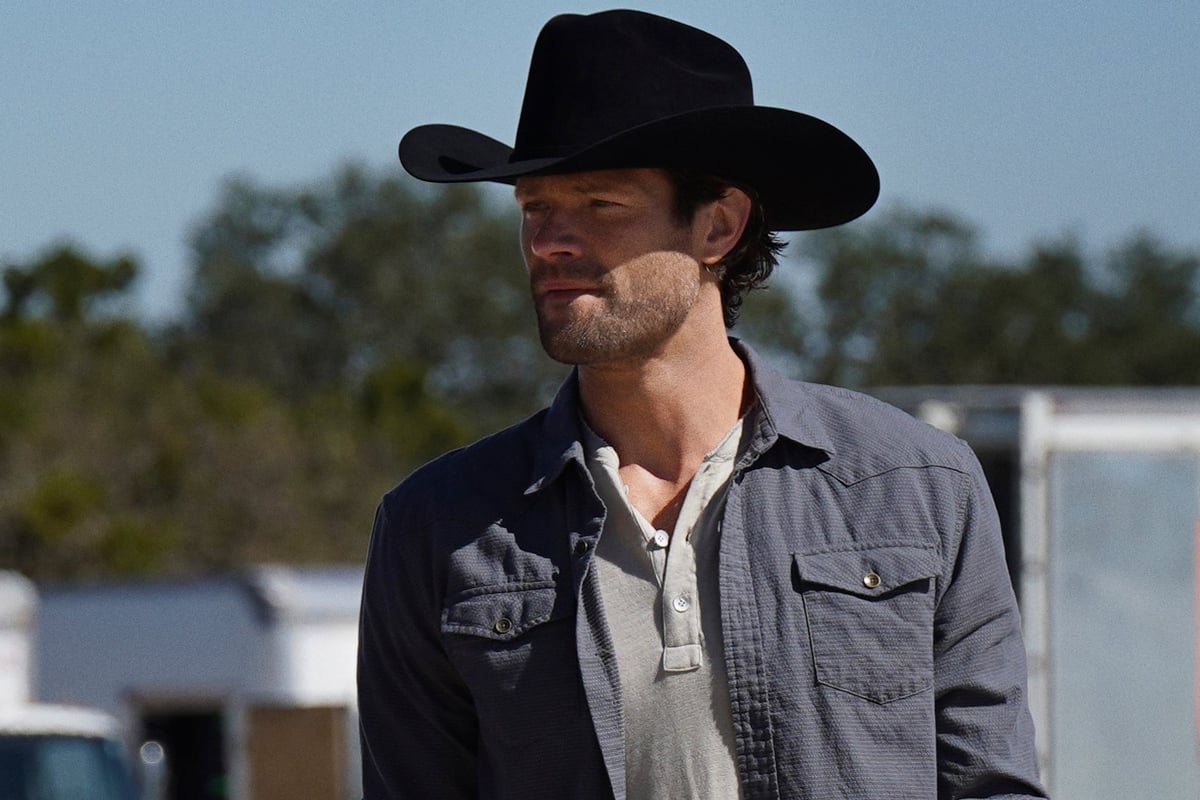 Padalecki became engaged to Genevieve Cortese – who guest-starred as Ruby on Supernatural's fourth season – in October 2009.

Now residing in Texas, Padalecki and Cortese have three children – their two sons Thomas Colton and Austin Shepherd and their daughter Odette Elliot.

Walker is available to watch on Stan with new episodes dropping every Friday.

This post was originally published on November 5, 2019, and updated with new information on January 28, 2021.

"who guest starred as Ruby on Supernatural's fourth season in season four" ummmm.

I love this guy, hoping for a speedy recovery.

You know what? I'm completely into support and assistance for those challenged by mental illness, but I absolutely draw the line at that support going as far as becoming an apologist for violence.

The guy struck an employee and attacked another guy outside his bar. Let's talk about the guys who copped the violence's ordeal and stop short of laughing off his arrest for assault. Haha, way to bully an employee, let's all turn up in orange jumpsuits.

Less warm and fuzzy instagram posts and more admonition, because even when depressed, it's your choice to throw a punch. Get the guy the help he needs, part of which right now, is admonition for assault, not a standing ovation.

Actually, yeah, you're 100% right. He behaved violently and terribly and joking about it is pretty bad.