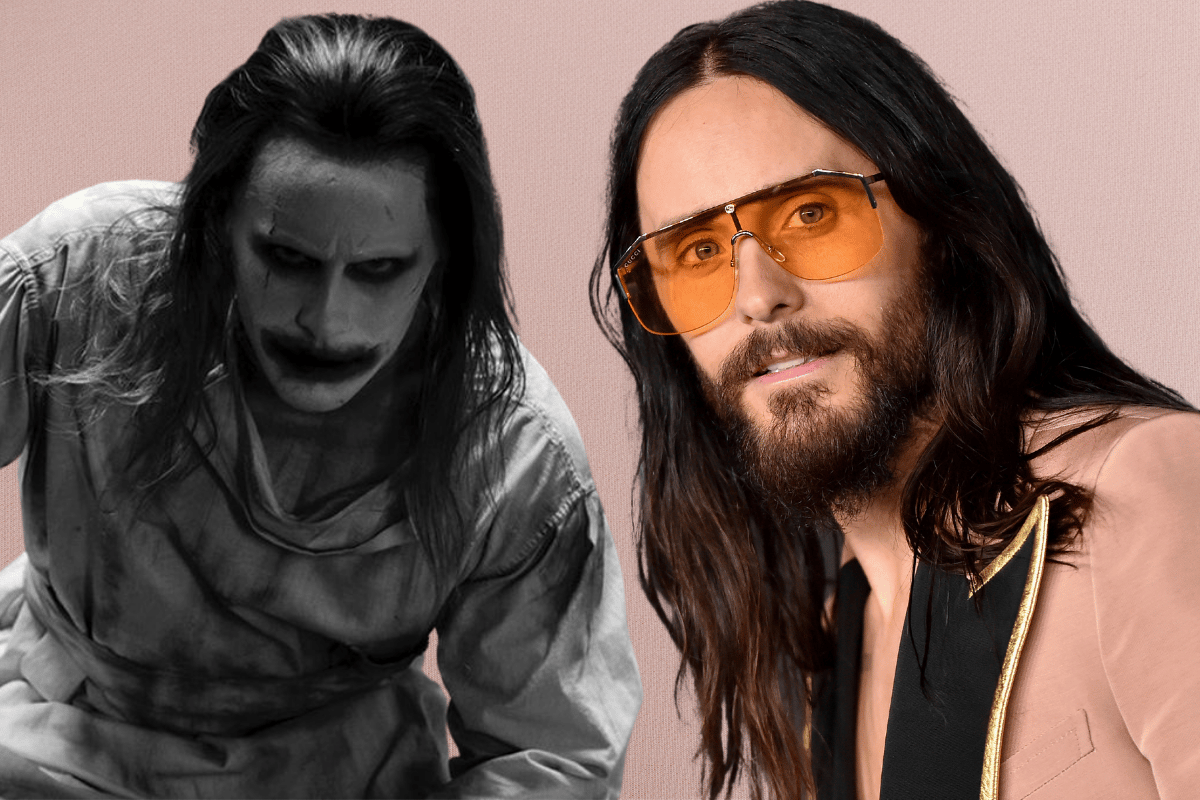 Jared Leto has never been the type of actor to pigeonhole himself.

The American actor and musician, who is best known for his roles in Requiem for a Dream, Dallas Buyers Club, and Suicide Squad, has a deep commitment to never repeating himself in his roles. A commitment that has led the 49-year-old to become incredibly selective in the roles he takes on.

In recent decades, Leto has become notorious for selecting some of the most eccentric roles in Hollywood. As Deadline put it: "Jared Leto might be his generation’s leading character actor."

Watch the trailer for The Little Things below. Post continues after video.

But outside his penchant for selecting unusual roles, Leto has gained a reputation in Hollywood for allowing his roles to overtake him.

In short, Leto has done some wild things to prepare for his roles.

The actor's foray into method acting first began in 2000.

Following his breakout roles in My So-Called Life, Fight Club, Girl, Interrupted, and American Psycho, Leto was cast as heroin addict Harry Goldfarb in Requiem for a Dream — an adaptation of Hubert Selby Jr's novel of the same name.

For Leto, his preparation for the film was extensive.

Before filming began, Leto lived on the streets of New York City with a group of heroin addicts. According to Time, Leto went as far as "shooting up" water while living with the group.

"People would be uncomfortable if they’re all shooting up and you’re not," he explained. "I wasn’t sharing a needle."

The actor also refrained from sex for two months prior to shooting. (At the time, Leto was in a relationship with fellow actor Cameron Diaz.) 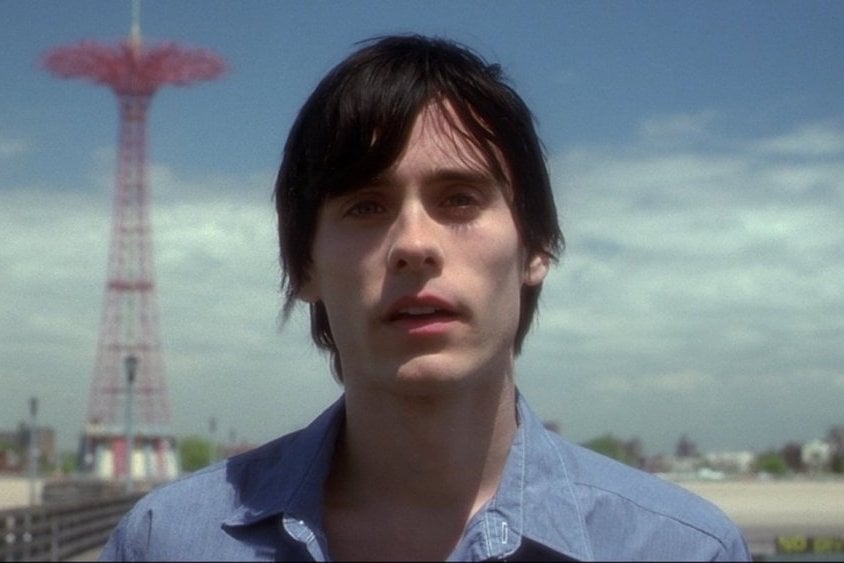 Jared Leto as Harry Goldfarb in Requiem for a Dream. Image: Artisan Entertainment.

In the end, the film was released to critical acclaim. But after the film's release, Leto struggled. During filming, he had lost a considerable amount of weight.

"I was in a constant state of hunger. I started fainting when I was on the set," he told The Independent. "My bone marrow dropped 400 points. My liver f**ked up. I was miserable. It was a painful, dark place."

He also struggled to gain the weight back.

"I got increasingly sick as the film went on and I started getting addicted to losing weight," he explained.

"[After the film] I couldn't eat anymore. It was very difficult, emotionally. It was a very tough thing filled with a lot of guilt."

In an effort to gain the weight back, Leto spent several months living in a monastery in Portugal.

It was 2007 when Leto would appear in his next major method project — Chapter 27. 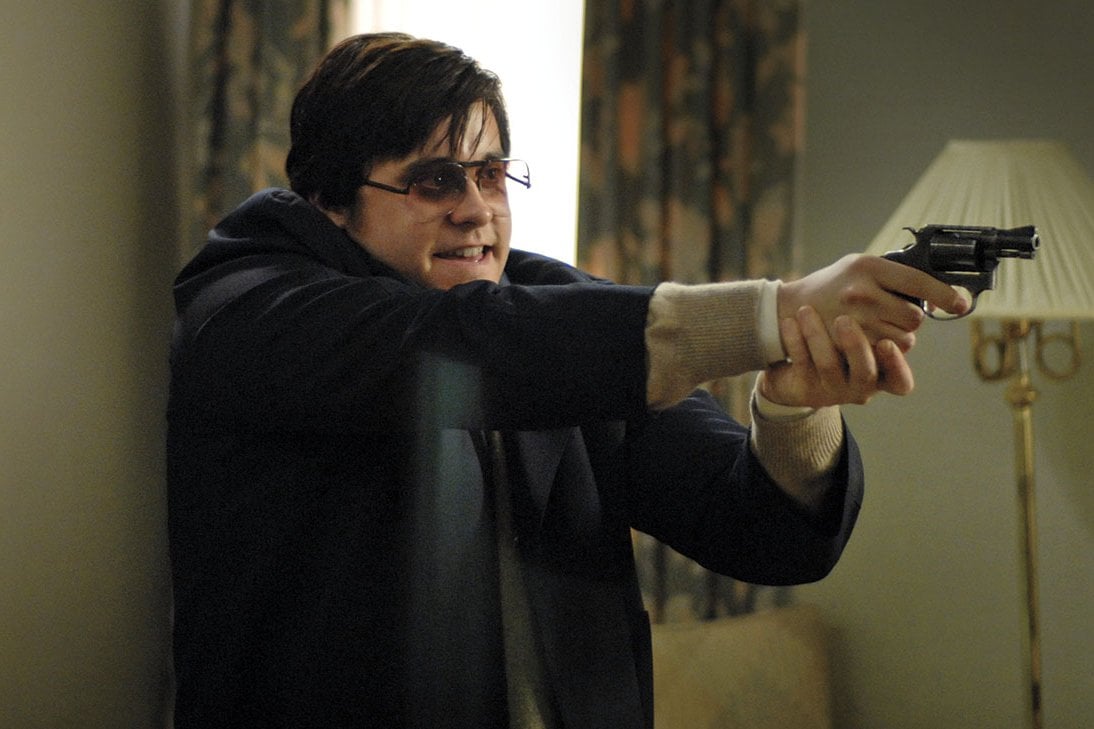 Although Leto's role was ultimately praised in the film, it came with a cost.

To prepare for the role, Leto gained almost 30 kilograms by consuming microwaved pints of ice cream mixed with soy sauce and olive oil. The rapid weight gain forced Leto to use a wheelchair.

"Really, it's a stupid thing to do," Leto later told The Guardian.

"I got gout, and my cholesterol went up so fast in such a short time that my doctors wanted to put me on Lipitor, which is for much, much older people."

Six years later, Jared Leto transformed himself all over again when he was cast as Rayon, a transgender woman with AIDs, in Dallas Buyers Club.

Much like Requiem for a Dream and Chapter 27, Leto completely threw himself into the role, shaving his eyebrows, waxing his entire body, and losing a dramatic amount of weight.

While working on the film, Leto refused to break character.

"I stayed in character the entire shoot," the actor told The Guardian. "I couldn't imagine doing it another way. I'd gone too far to pick it up and drop it off." 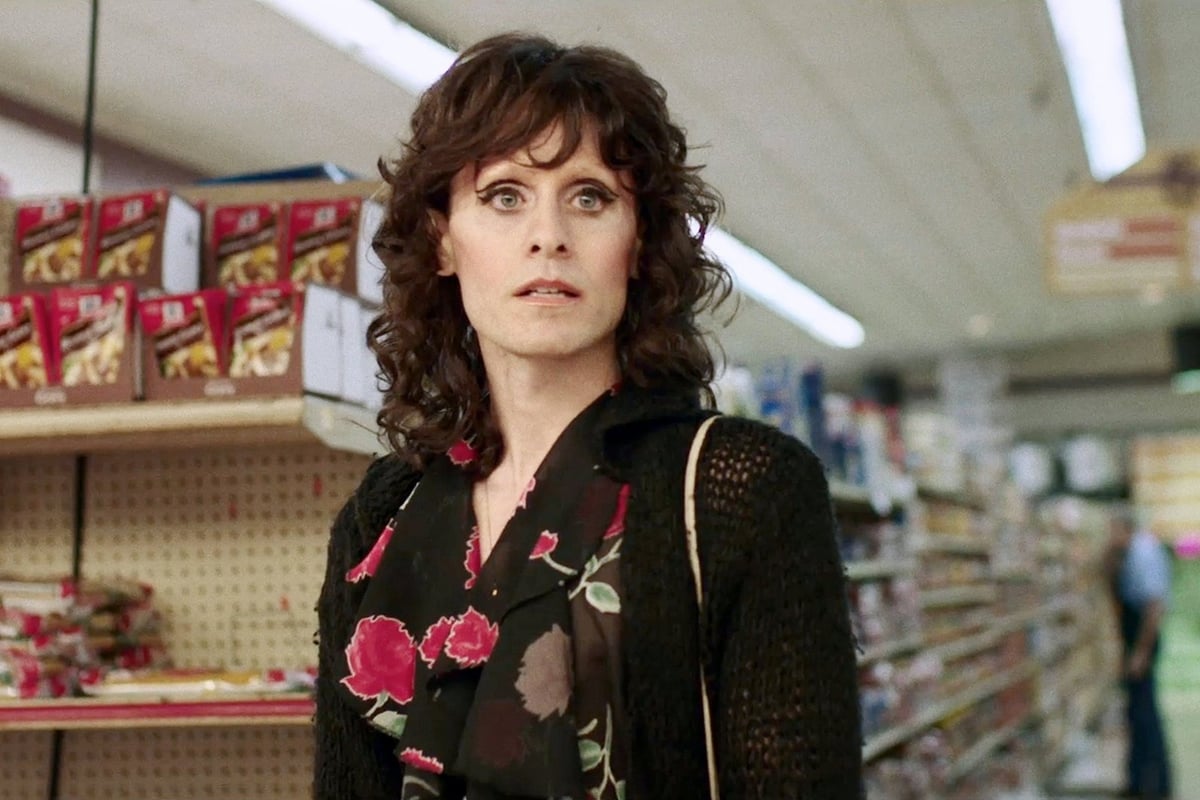 In fact, Matthew McConaughey didn't meet Leto until the final day of shooting.

"Leto and I didn’t meet until after the final scene of the movie," McConaughey told Howard Stern.

When the film was released, it received box office and critical success. During awards season in 2014, Leto was awarded an Academy Award, a Golden Globe Award, and a Screen Actors Guild Award.

After Dallas Buyers Club, Leto was cast in his most challenging role yet.

Following in the footsteps of Jack Nicholson and Heath Ledger, Leto was controversially cast as Joker in Suicide Squad.

While the film was panned by critics and fans alike, it was Leto's behaviour on set that ultimately made the most headlines.

Much like Heath Ledger, Leto used method acting to dive into the Joker's mindset. 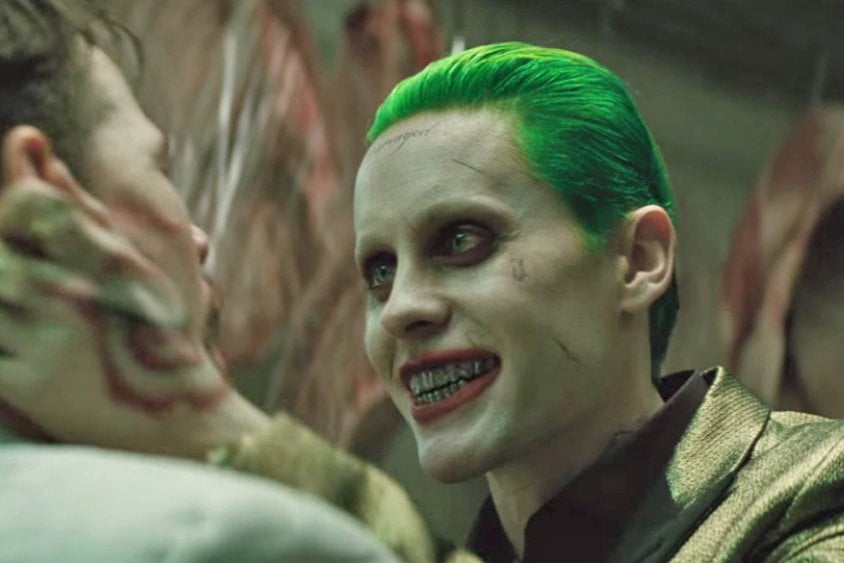 During filming, the actor and musician controversially sent his cast mates some unwelcome surprises, including reportedly mailing a live rat to Margot Robbie. He also gifted Will Smith a set of bullets.

"There was a point where I was researching violence and I was watching a lot of things... things that it's arguable if anybody should even see. And I noticed that started to have an impact on me that I didn't like, so I stopped," Leto told GQ of his method acting process.

"It just starts to just get inside you, violence and some of those things. But you know, I've made some pretty dark films."

"He did some bad things, Jared Leto did. He gave some really horrific gifts," she said. "He had a henchman who would come into the rehearsal room, and the henchman came in with a dead pig and plopped it on the table, and then he walked out. And that was our introduction into Jared Leto."

Leto was so committed to remaining in character while filming Suicide Squad that his co-star, Will Smith, never met Jared Leto on set – only the Joker.

"We worked together for six months and we've never exchanged a word outside of 'action!' and 'cut!'" Smith told Beats 1 Radio Show.

"We've never said 'hello,' we've never said 'good day.' I've only ever spoken to him as Deadshot and him as the Joker. I literally have not met him yet... Not a single word exchanged off-camera. He was all in on the Joker."

However, Leto later claimed that many of the method acting stories from the set of Suicide Squad weren't true.

"There were some things that were mentioned about gifts and the fact that I was giving used condoms to people, which was not true. It was not true," he told Entertainment Weekly Radio.

"Some of the stuff that you do can go viral or get written about. Especially with the Joker, some of that stuff just took on a life of its own. And most of it was total bullshit," he continued.

"What are you going to do at that moment? It doesn't matter how loudly you shout or hold up a sign with your pants off in Times Square, people are going to go with the story that they want to run. And it just wasn't true."

Now, in his latest role, Leto has reportedly toned down his method acting ways.

The actor is set to appear as a serial killer in crime thriller The Little Things alongside Denzel Washington and Rami Malek.

When asked whether Leto had tried any of his method acting antics on set, Denzel Washington had a firm response.

"He didn't do any of that with me," he told USA Today. "Nah. He'd have been paid a visit. That wouldn't happen."

Although Leto openly acknowledges his reputation as a method actor, it's not a label that he's entirely comfortable with either.

"I appreciate the term, I think it's a little cloudy, the definition," he told Variety's Award Circuit podcast.

Reply
Upvote
1 upvotes
It’s not method acting to send your costars dead animals and bullets, it’s abuse. The whole concept of ‘method acting’ needs to be scrapped- it’s completely discredited in acting schools because it’s always harmful to the performer and everyone around them. At best it’s a dangerous hole that unstable performers fall into, at worst it’s used as an excuse for abuse.