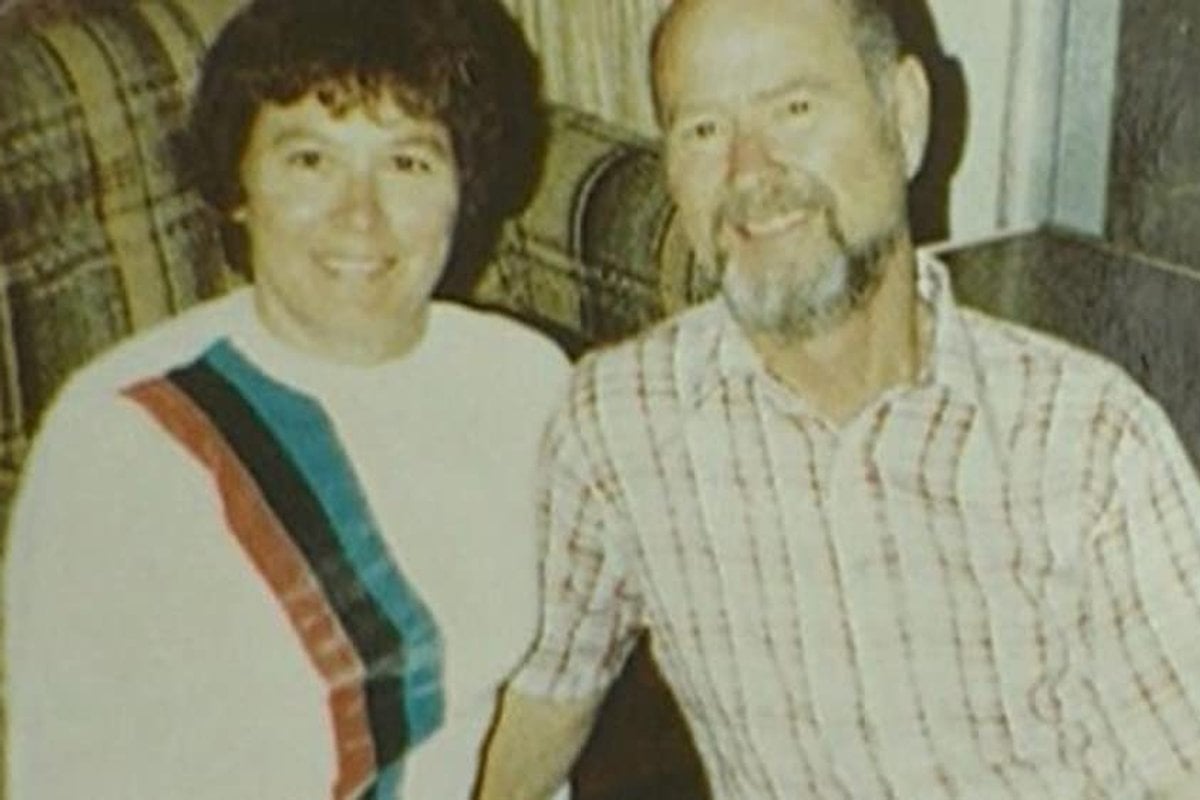 Every morning, when Janet Overton put on her makeup, she was killing herself without knowing it. Her eyeliner had been poisoned, and as she carefully applied it, the poison would start seeping into her skin.

As the months passed, Jan felt nauseous and dehydrated. Moving became difficult, and she had to use crutches. She developed strange sores on her body that were unbearably painful when her clothes rubbed against them.

Doctors had no idea what was wrong with her.

Her husband Richard was the only person who knew, because he was the one who had been poisoning her eyeliner.

Jan and Richard had been married for nearly two decades. Richard, a mathematician who spoke several languages and had a doctorate in psychology, was a college lecturer. Jan, who was younger than Richard and not as highly educated, was on the board of the local school district in Orange County, California, and very popular in the community.

Jan and Richard’s marriage had been on the rocks for some time. It had become public knowledge that Jan was having an affair with a married school official.

"There was a note put on all of the cars in the parking lot at the district office saying that," District Attorney Debra Jackson told The Real Murders Of Orange County.

Jan later found out who had put the note on the cars: Richard.

The couple had one son, Eric, who was in his teens. Jan adored Eric. She would go to the football with him on weekends and help him work on his van.

Eric was in his final year of school at Dana Hills High. Because Jan was on the board of the school district, she had organised to be the person who would hand all the graduating students their diplomas.

"The thing she wanted most in life was to hand her son his high school diploma," her former colleague Linda Kroner told the Los Angeles Times. "And she didn’t make it."

On January 24, 1988, Jan and Eric were set to go whale watching together. It seems that Richard had grown tired of slowly poisoning Jan by putting large doses of selenium in her eyeliner, and had decided to try something new: cyanide, possibly in her morning coffee.

Jan collapsed in the driveway before she and Eric could go whale watching.

Richard and Eric called an ambulance for Jan and then followed her to hospital. But she couldn’t be saved.

The Orange County coroner’s office carried out an autopsy on Jan’s body but didn’t test for cyanide or selenium. They found she died of natural causes, "pending investigation". Her body was cremated, although samples were kept by the coroner’s office.

It looked like Richard had gotten away with it. He went on with his life, even standing for the vacant spot on the school board just a few months after Jan’s death.

"To help our children and our nation, please keep an Overton on the board," he wrote in his campaign material.

He failed to win the election.

In July 1988, a woman called Dorothy Boyer got in touch with police. Dorothy was Richard’s first wife and the mother of his four oldest children. She said Richard had tried to "murder me through a process of slow poisoning" many years earlier.

Dorothy had told Richard she wanted a divorce after finding out he had secretly married another woman and had a child with her. Richard had then broken into her house, spiking her shampoo, milk and coffee with selenium. Dorothy had suffered symptoms similar to those Jan had suffered. The sheriff’s department had investigated, and Richard had confessed to the poisoning and promised to seek counselling. He was never charged.

After telling the police all of this, Dorothy visited Richard’s house with one of their daughters. She discovered suspicious items in Richard’s desk drawer, including eyeliner which was found to contain selenium.

Police later seized Richard’s journals, where he wrote obsessively, in coded entries, about his wife and the 17 men he suspected she was having affairs with, and hinted about slowly poisoning her.

A second autopsy was carried out on the samples taken from Jan’s body that had been kept by the coroner’s office. It was found that she had died from acute cyanide intoxication. Her body also had high levels of selenium.

Many people found it hard to believe that the well-respected Richard could have poisoned his wife. It wasn’t until October 1991 that he was charged with murder. By then, he had married for a fourth time.

The case went to trial, with Richard proclaiming his innocence. A mistrial was declared after he collapsed in court and his lawyer was hospitalised with depression, but a second trial, in 1995, found him guilty. He was sentenced to life imprisonment.

"Believing somebody was that evil was hard for me," jury foreman Michael Lyman said after the verdict. "Here is this older, scholarly-looking guy who looks like your grandfather."

Deputy District Attorney Christopher Evans called Richard the "single most blatant, arrogant, yet curiously effective liar and manipulator of the truth" he had ever seen.

For Eric, it had been more than seven years from the time he lost his mother to the time his father was found guilty. In a sentencing report, he was quoted as saying that what bothered him most was knowing his father was responsible for the death of the person he "loved most in the world".

Richard died in jail in 2009, aged 81. His fourth wife, Carol Townsend, still believed he was innocent.

"He was a wonderful man, he was a brilliant man," she told the Orange County Register. "He did not kill his wife. She died of natural causes."

Reply
Upvote
6 upvotes
So he admitted poisoning his first wife and nothing was done? Jesus.
A
azzuri 7 months ago