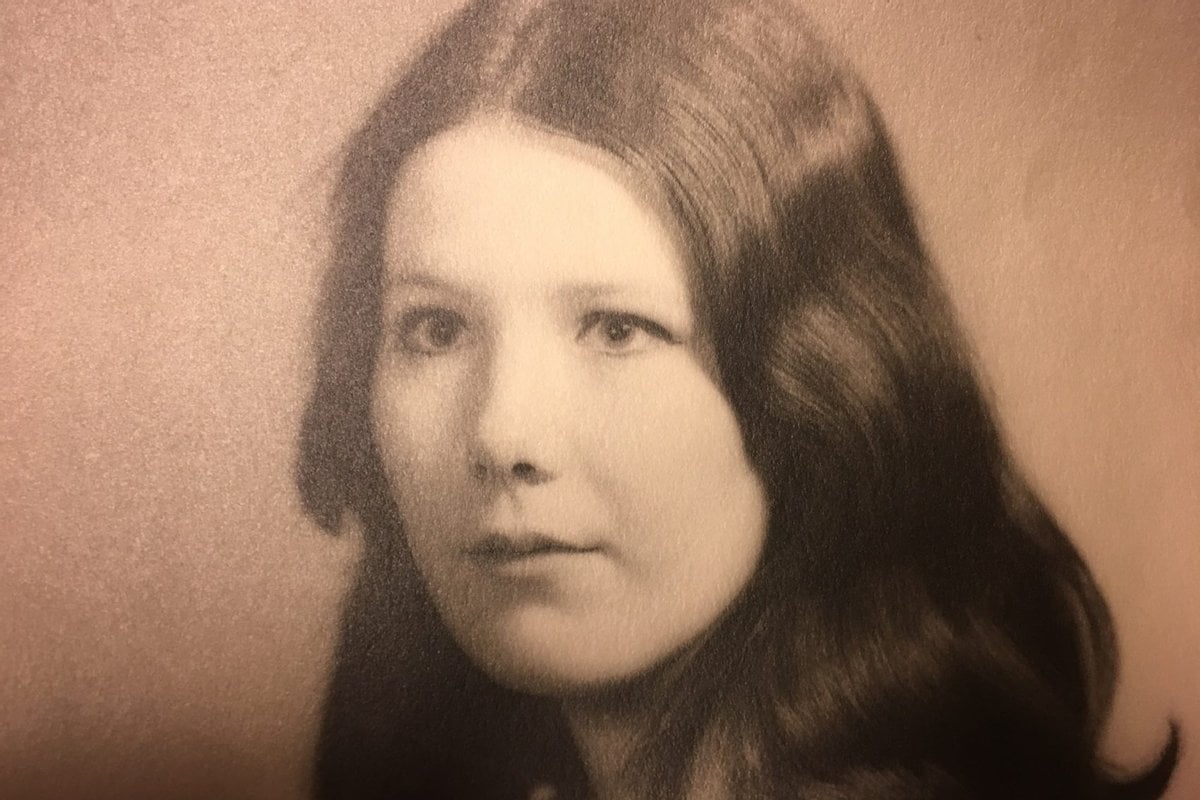 For over half a century, Harvard students have been telling each other the same story.

The haunting tale has been passed down from generation to generation, from sophomore to freshman. It's the kind of story that's whispered to an enthralled audience after a long night of drinking, a cautionary tale, an urban legend, a tragic incident the sparks both fear and intrigue in the minds of everyone who hears it.

Most students who attend the affluent, Ivy League university have heard some variation of it: In the late 1960s, a young, female graduate anthropology student was found bludgeoned to death in her dorm room. While the story always differed slightly depending on who was telling it, the rumour was that shortly before her death; the student had an affair with her professor while they worked together on a dig in Iran.

WATCH: The 5 most haunting true crime documentaries. Post continues below.

When they arrived back at Harvard, she wanted the affair to continue, and he didn't. During a heated exchange, he picked up an archaeological stone tool and hit her with it. Some said this happened in the Peabody Museum, others said the professor's office, while others said it happened in her own dorm room. There were also rumours of some sort of ritual performed on the body - three necklaces from the Iran dig placed around her neck, cigarette burns scorched into the flesh of her stomach depicting an ancient symbol, a handful of red ochre powder sprinkled over her lifeless body.

According to the rumours, the professor was never charged for the murder. It was said Harvard hushed the media coverage of the event and the professor continued to work at the university for over four more decades.

Becky Cooper first heard the story in 2009, when she was a junior at Harvard. Instead of just passing it on to another bewildered freshman, Cooper decided to look into the alleged murder. She later wrote about her investigation in her book, We Keep the Dead Close: A Murder at Harvard and a Half Century of Silence.

After some digging, Cooper discovered there was some truth to the rumours.

On the morning of January 7, 1969, Harvard's anthropology graduate students had gathered to take their general examination. But one student was missing.

LISTEN: Stephanie Scott, the case that shook a small town. Post continues below.

It was unusual for 23-year-old Jane Britton not to show up to a test. So after the examination, her boyfriend, James Humphries, called her and then walked over to her sixth-floor apartment and knocked on the door. When there was no answer Humphries, along with Jane's neighbour and fellow anthropology student Donald Mitchell, entered her unlocked residence.

They found her lifeless body lying face down on her bed, partly obscured by blankets and a fur coat. They noticed her body was caked in blood, that there was red ochre, a powder used in funerals in many ancient civilisations, sprinkled on her body, and there was a headstone beside her bed.

The graduate students immediately called the Cambridge police. Jane was confirmed dead and her death was ruled a homicide. Her cause of death was listed as a blunt force trauma, and it was determined that Jane had either had sex or been sexually assaulted on the night of her murder. The recreation of the burial ritual lead investigators to hone in on Jane's fellow anthropology students and their professors, most notably professor C.C "Karl" Lamberg-Karlovsky, who led the dig in Iran that Jane had participated in six months before her death.

In 2012, Cooper began attending classes led by Lamberg-Karlovsky, who was 74 years old at the time. For the previous 40 years he had lived under a cloud of suspicion and had never had the chance to clear his name.

He was considered a good suspect for the crime. There was tension between the pair, as he had failed her on a test and was highly critical of her work on the dig, while also showing interest in her romantically, according to witnesses.

Lamberg-Karlovsky seemed unbothered by the rumours and in the book, Cooper said his colleagues and students described him as "complicated, mercurial man: brilliant, imposing, hot-tempered, ambitious, inspiring, flamboyant, charismatic, exploitative, even paranoid".

"Some knew to stay away from him," she wrote.

While Jane's friends where convinced she'd had an affair with a professor, no one could confirm whether Lamberg-Karlovsky was the professor in question, and Cooper could find no evidence that they'd ever slept together.

So she moved on to her next suspect - James Humphries.

The young couple's relationship had been strained since they had returned from the dig. They'd had dinner on the night of her murder, but Jane had returned to her apartment alone, before visiting Donald and his wife down the hall for a late-night drink. There was no evidence to tie Humphries to the murder and police had quickly eliminated him as a suspect.

In 1976, seven years after Jane's brutal murder, Gramly was working alone on a dig with Anne Abraham, when the 19-year-old vanished into thin air. Gramly told the police he didn't hear or see anything and Anne's body was never found. Canadian police believe she was the victim of a tragic accident, falling from the cliff top into the water below.

Gramly had always advocated for Jane and was more than happy to speak to Cooper for her book. And while talking to her, he gave Cooper a clue that led her to her next suspect.

Gramly told Cooper he'd found a box of red ochre in the storage room at the Peabody Museum that was missing one handful. This led Cooper to another former Harvard anthropology lecturer named Lee Parsons. Parsons eventually left Harvard, disgruntled after the promise that he would lead the Peabody never came into fruition. After he left the university, his life spiralled out of control.

Stephen Loring, a former colleague of Parsons, told Cooper he had began acting erratically after Jane's murder, and on a dig one year later, he told Loring he had been a suspect in a murder.

"I’m very comfortable with Lee Parsons as the culprit," he told her.

After Cooper teamed up with the Boston Globe's Spotlight team to write a story about the case, the Cambridge police tested the DNA of the sperm found in Jane's underwear on the night she'd died.

This led them to a completely new suspect, career criminal Michael Sumpter. Sumpter was a serial rapist and killer who had murdered another 23-year-old who bore a striking resemblance to Jane in 1972.

Although Sumpter was long dead, the police decided they'd found their man and closed the case.

After 50 years of rumours and urban legends, the full story of Jane's life and death could finally be told.

However, Sumpter's involvement does not explain the red ochre. And for many in the Harvard community, including Cooper, there are still plenty of unanswered questions in this case.