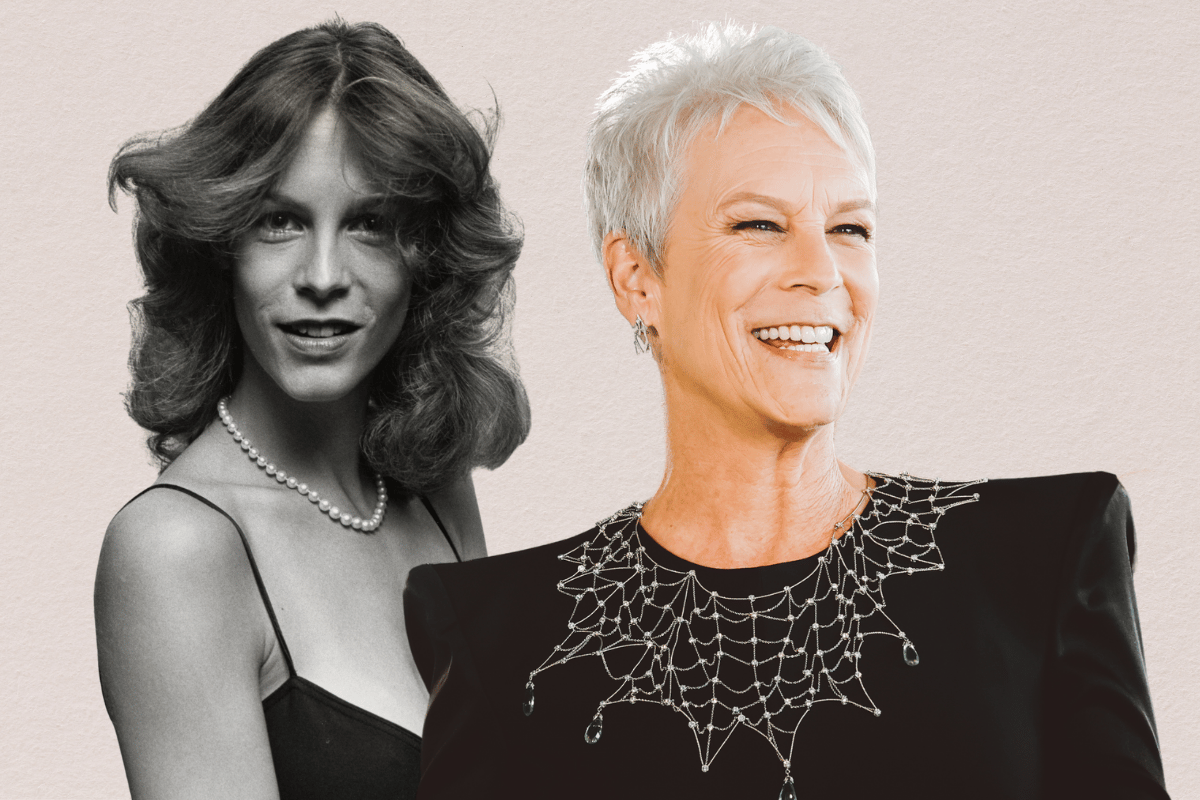 For fans of the horror movie genre, Jamie Lee Curtis is synonymous with the original 'slasher' film, Halloween.

With the release of its latest instalment this month, Halloween Kills, Curtis is back in the media.

And not just to promote her reprised role as 'scream queen', Laurie Strode, but to share her thoughts on the reality of ageing, and how proud she is to parent a transgender daughter.

The most iconic celebrity pregnancy rules. Post continues below.

Jamie Lee Curtis was famous from the day she was born, thanks to her actor parents, Janet Leigh and Tony Curtis.

She acknowledges the great privilege that comes from having a well-connected Hollywood family.

"It’s important for me, given that I’m this bougie princess from Los Angeles - even if I claim I worked hard, I’ve never really worked hard a day in my life," Curtis told The New Yorker in 2019.

"When you’re famous, you get this incredible access, you get opportunities to see things that other people don’t get to see, you get ease of access everywhere you go. All of that is a great, lovely benefit to the part that you give up, which is your privacy. So it’s a balance." 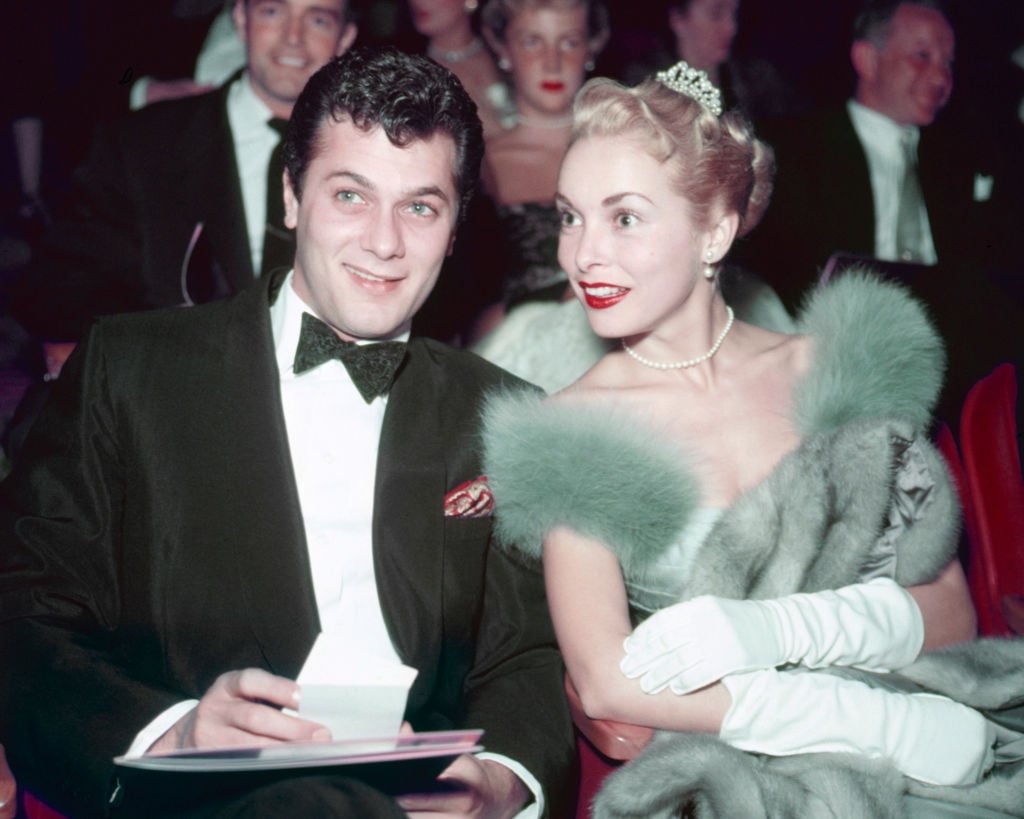 Curtis' parents divorced when she was just three years old and while she remained close to her mother and stepfather Robert Brandt, she has said that her relationship with her biological father was much more tumultuous.

In an interview with Variety, she shared that her father had a difficult relationship with all his kids.

"There was a period of time where I was the only child that was talking to him," she said.

"I had six siblings. I have five. My brother, Nicholas, died of a heroin overdose when he was 21 years old. But I shared drugs with my dad. I did cocaine and freebased once with my dad. But that was the only time I did that, and I did that with him."

After growing up around film sets in California, it is not surprising that after just a month of studying at college, Curtis dropped out to pursue a career in acting.

Speaking to The New Yorker, Curtis admitted that while she was popular, she was not academic.

"Today I’d be diagnosed with some learning disability or learning difference. I am a great reader, but I don’t retain that much. I moved to three high schools in four years."

Her first major role as Laurie Strode in the budget independent horror flick, Halloween, in 1978 became one of her most famous rose.

After a succession of horror movie parts that earned her the unofficial title of 'scream queen', she crossed into the comedy genre with the 1988 cult hit, A Fish Called Wanda. 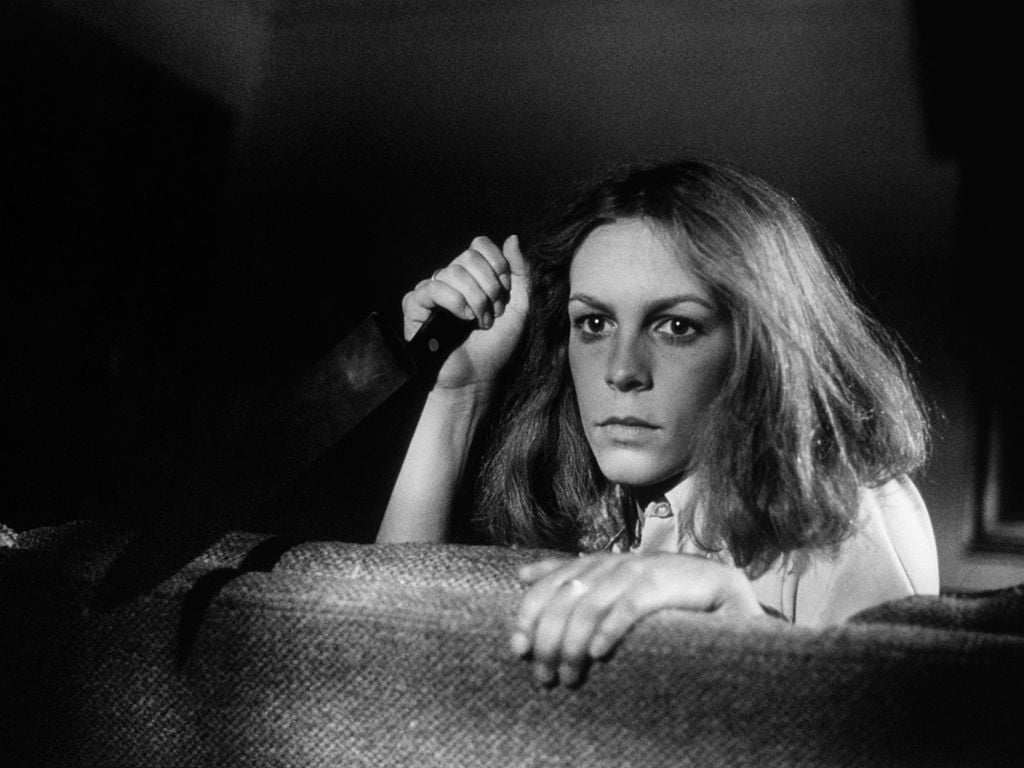 Jamie Lee Curtis on the set of Halloween in 1978. Image: Getty. 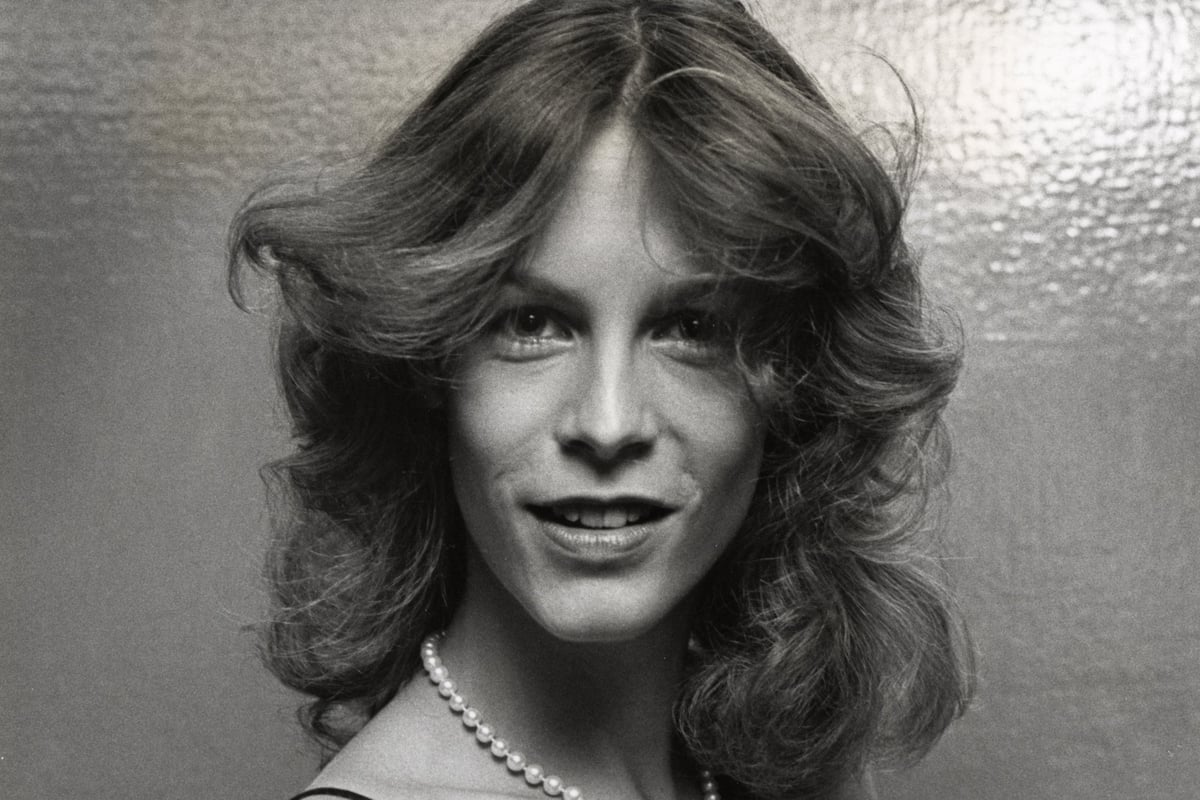 By the early 1990s, Curtis was a household name, winning many awards for her work, including a Golden Globe for her role alongside Arnold Schwarzenegger in the action comedy True Lies in 1994.

She began to focus more on voice acting and kids' movie roles in the late 1990s including Freaky Friday with Lindsay Lohan in 2003. She also wrote a number of best-selling kids' books.

In 2006, Curtis announced she was quitting acting altogether to spend more time with her family, but was eventually tempted back to the big screen in 2018 with the Halloween movie reboot.

For their 35th wedding anniversary, the 62-year-old wrote him a song that included the line, 'I feel safe when I drive up and see that you are home.'

Speaking to AARP, she added: "That's the long marriage. It's the safety of knowing his car is in the garage, that I'm not alone, and that he's here." 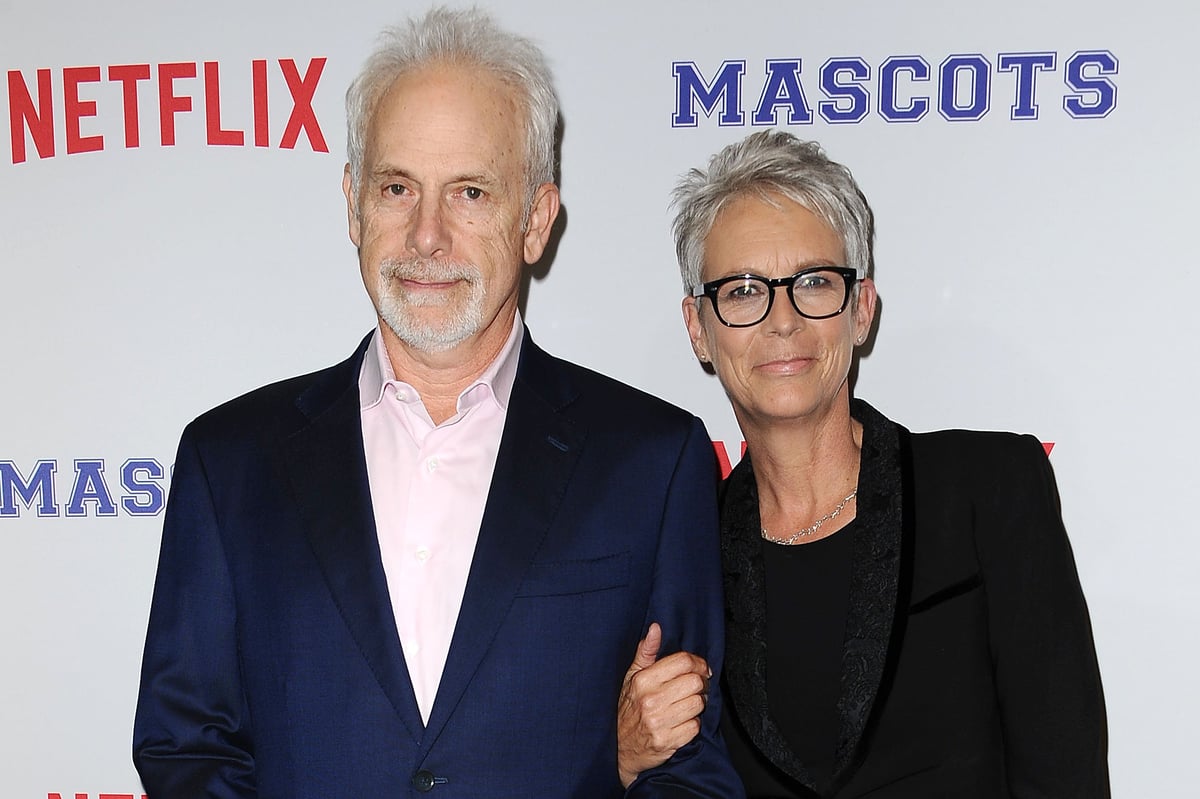 While her married life has been happy, Curtis has always been very open about her struggle with alcohol as well as her addiction to the prescription drug Vicodin.

"I was the wildly controlled drug addict and alcoholic," Curtis told Variety.

"I never did it when I worked. I never took drugs before 5pm. I never, ever took painkillers at 10 in the morning. It was that sort of late afternoon and early evening - I like to refer to it as the warm-bath feeling of an opiate.

"It’s like the way you naturally feel when your body is cool, and you step into a warm bath, and you sink into it. That’s the feeling for me, what an opiate gave me, and I chased that feeling for a long time."

In 1999, around 10 years her addiction first began, Curtis sought help and entered a recovery program. She has remained proudly sober ever since. If there are no recovery meetings where she is located for filming, Curtis told Variety that she simply sets up her own.

"I bring sobriety with me. I have attended recovery meetings all over this world. I was probably about nine months sober when I made Freaky Friday. I put a big sign up by the catering truck, and it said, 'Recovery meeting in Jamie’s trailer every day.' I left the door open and didn’t know if anybody would show up. We ended up calling it the Mobile Home Recovery Meeting. It was probably my favorite grouping of sobriety that I’ve ever participated in."

Outside her career, Curtis has become well known for her philanthropy and political views.

In a recent interview on popular British morning show Lorraine, the actor delivered some strong words about the reality of growing old.

She spoke about the ways she has felt let down by the film and beauty industry over the years.

Like many women dealing with going grey, she spoke about her hair and how she "tried everything" to prevent it from ageing her.

Watch Jamie Lee Curtis talking about the reality of ageing below. Post continues after video.

"Personally it felt humiliating. I would go into a hair salon, and the smell of the chemicals, the feeling of that colour on my hair, the wearing of the thing, the sitting under the hair dryer. I was like, 'For what?'"

The conversation between the pair flowed onto the huge amount of pressure women feel to look younger, with Curtis admitting she has experimented with plastic surgery in the past thanks to comments on a movie set about how her face looked in a close-up shot.

"I am an advocate for natural beauty. I had plastic surgery, it didn't work, and it made me feel worse," she shared.

"I'm an advocate for not f*cking with your face," she added.

She saved her strongest words for the anti-ageing industry.

"This term anti-ageing - what? What are you talking about?" Curtis exclaimed.

Jamie Curtis' most recent role in the spotlight has been as a proud mother to her 25-year-old transgender daughter, Ruby. Curtis told AARP that she and her husband "had watched in wonder and pride as our son became our daughter."

In an interview with People, Curtis spoke of how adapting to their new family is a journey, but that she is ready to listen and learn.

"It's speaking a new language," she said. "It's learning new terminology and words. I am new at it. I am not someone who is pretending to know much about it. And I'm going to blow it, I'm going to make mistakes. I would like to try to avoid making big mistakes."

The bond between mother and daughter is strong, and Curtis is a fierce champion for Ruby and her family.

"This is our family's experience," she told People.

"I am here to support Ruby. That is my job. Just as it is to care and love and support her older sister Annie in her journeys. I'm a grateful student. I'm learning so much from Ruby. The conversation is ongoing.

"But I want to know: How can I do this better?"

Halloween Kills is out October 28 in cinemas around Australia.