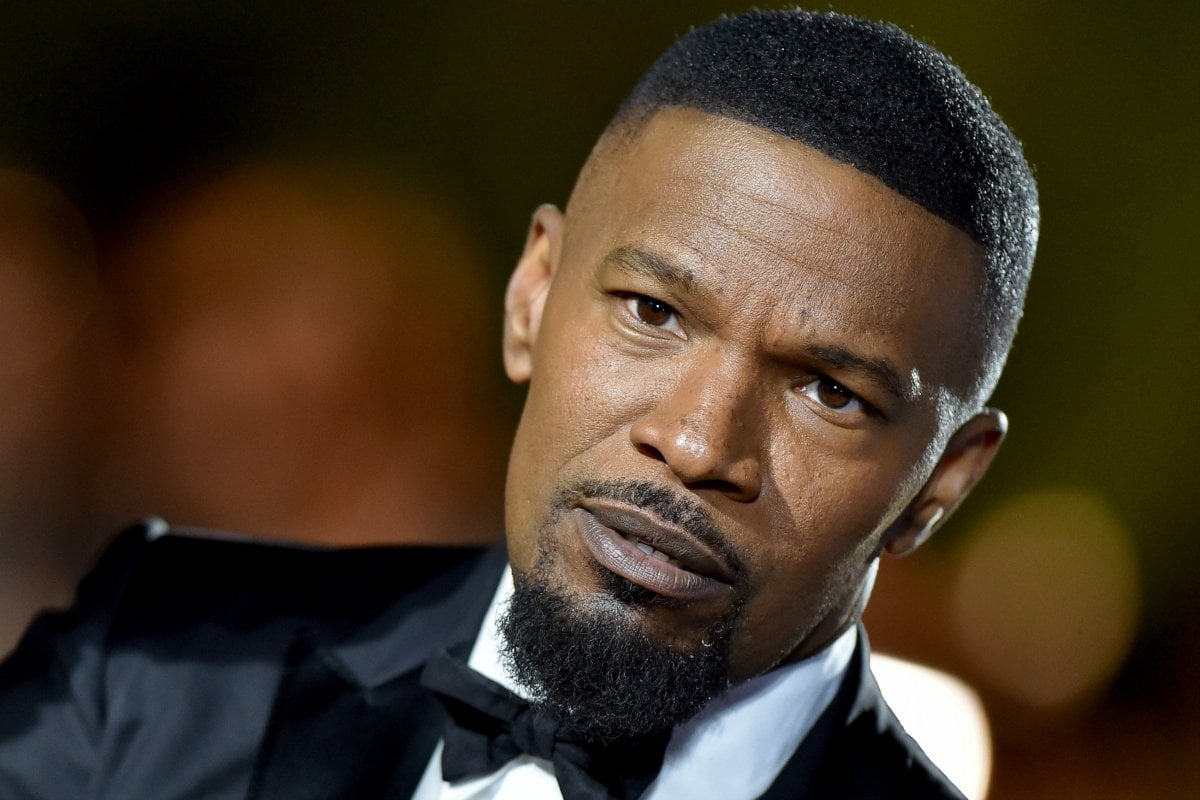 Jamie Foxx's heart is broken, his California home missing the "bright light" that was his sister, Deondra Dixon.

The 36-year old Global Down Syndrome Foundation ambassador and former Special Olympics athlete had lived with her famous brother since graduating high school 18 years ago.

"Deondra you have left a hole in my heart... but I will fill it with all of the memories that you gave me," Foxx wrote on Instagram.

"I love you with every ounce of me... our family is shattered but we will put the pieces back together with your love."

Deondra's death has come as a devastating blow to the tightknit family, which has been reshaped through hardship and tragedy several times over Foxx's 52 years.

Once scattered by circumstance, over the past two decades they've been brought back together under the roof of the actor/musician's sprawling California mansion. That house has now been home to his mother, his stepfather, Deondra and his other half-sister Deidra, and of course, his two daughters — Annalise, 12, and Corrinne, 26.

The Academy Award-winner wanted them all to be part of his life of privilege, rather than just "peering in".

But it was a winding path that brought them all there.

The couple that raised Jamie Foxx (then Eric Bishop) weren't his parents — they weren't even blood. But they were family.

When Foxx was seven months old, he was taken in by Mark and Esther Marie Talley, his mother's adoptive parents.

He credits Esther with encouraging his talent for music and instilling him with self-worth in the face of the racial torments he endured in their Texas town.

"My grandmother was a confident women," he told Oprah in 2005. "I think about what she must've endured during the sixties, when she was starting her own day-care business. She could walk into a bank filled with white folks and say, 'Let me speak to so and so.' She knew who she was. And with the love she and my grandfather extended to me, she passed on that confidence."

Jamie went on to study classical piano at the International School of Performing Arts in San Diego, before launching a career in stand-up comedy which led him to television. Film soon came calling, and he won acclaim with roles in Collateral and Ray.

Esther died just four months before he was awarded the Best Actor Oscar for the latter in 2005.

His step-father's imprisonment and repairing relationships.

Foxx now relishes in the role of father to his daughters, Corrinne (from a previous relationship with Air Force veteran Connie Kline) and Annalise (from former girlfriend Kristin Grannis).

It's all the more treasured, because for most of his life, Foxx had little to do with his own parents.

They split when he was an infant, and his mother went on to marry teacher George Dixon, with whom she had Deondra and Deirdra.

Though she visited him with his sisters, Foxx heard little from his father, Shahid Abdula (formerly Darrell Bishop). His abandonment was particularly wounding.

"I don’t hold a lot of grudges… But it’s tough, you know? Because there are questions, like, 'What happened? Where were you? Were you stricken with something? Could you not make it?'" he told The Sunday Times.

"Growing up, I would always go, 'Man… I’m a good dude.' I wasn’t the kid getting in trouble. I was quarterback on the high school football team. And he only lived 28 miles away. So I always said to myself, 'You know, I’m gonna grade him a little harder for that', because he could have tried."

He's since reconciled with his mother, but is particularly close to his stepfather George.

Pops you have been living with me now for almost 20 years each day I learn more and more from you your wisdom is unmatched... Your spirit is kind your love is deep I want to let you know that I love you forever and you are a great father… Happy Father’s Day

Speaking on The Graham Norton Show in January, Foxx revealed that George was sentenced to seven years in prison in the 1990s over "$25 worth of an illegal substance".

He told the BBC chat show that he couldn't bring himself to visit the Texas teacher, who he referred to as his father, in prison.

"But I wrote him a letter. I said, 'Hey, you know, things have gotten good for me. When you get out, I'll save your life. And he's been living with me for 20 years now."

Twelve years ago, Foxx's mother followed, even though she and George had long since divorced.

"What's crazy is that Dad still dates, so she'll go on his side of the house just to see who's there. And she'll say,  'Oh this is what we're doing, is it?'" he told Graham Norton, laughing.

"But it's a weirdly fun household."

Deondra was an integral part of that fun.

My heart is shattered into a million pieces... my beautiful loving sister Deondra has transitioned... I say transitioned because she will always be alive... anyone who knew my sis... knew that she was a bright light... I can’t tell you how many times we have had parties at the house where she has got on the dance floor and stolen the show... even gave her boyfriend @chrisbrownofficial a run for his money... well I know she is in heaven now dancing with her wings on...tho my pain is unbelievable I smile when I think of all of the great memories that she left me... my family... and her friends… from dancing in the blame it video… to Dancing on the Grammys… And becoming The ambassador to @globaldownsyndrome... from sliding down my stairs with a grin as wide as the rio grand... to serenading us with all of her music... Deondra you have left A hole in my heart... but I will fill it with all of the memories that you gave me ... I love you with every ounce of me... our family is shattered but we will put the pieces back together with your love... and y’all please keep my family in your prayers... 💔💔💔

Foxx spoke over the years about her love for dance, singing and celebration, and how that reminded him to live.

"You know, sometimes we get caught up in our world on the extras of everything," he told Today. And you just see this girl who is, 'I just wanna live, I wanna dance, I wanna love'. So she brings you back down to what life is."

In his Instagram tribute this week, he added, "[Though] my pain is unbelievable, I smile when I think of all of the great memories that she left me... my family... and her friends… from sliding down my stairs with a grin as wide as the rio grand... to serenading us with all of her music.

"I can’t tell you how many times we have had parties at the house where she has got on the dance floor and stolen the show...  Well I know she is in heaven now, dancing with her wings on."