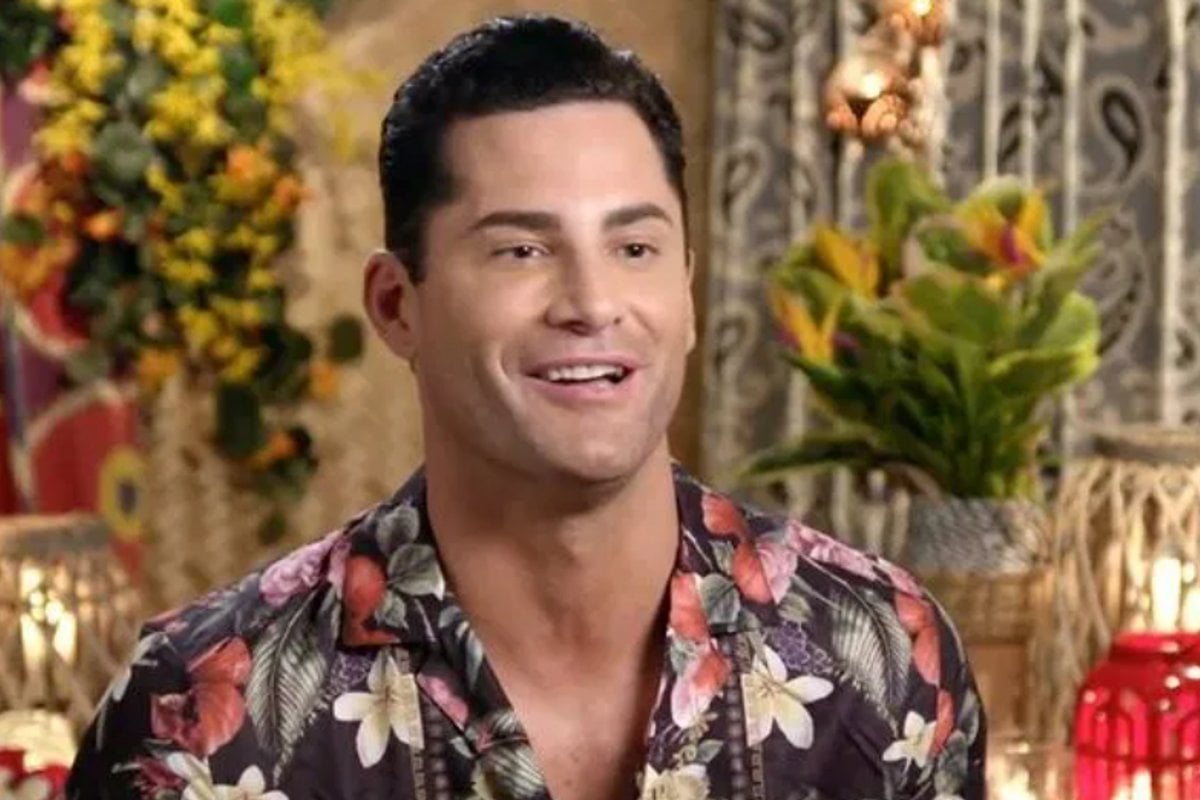 Bachelor in Paradise star Jamie Doran is reportedly free from an 18-month media ban. And you best believe he's spilling some serious tea to celebrate.

Speaking to the So Dramatic! podcast, Jamie claimed he couldn't talk to the press until his media ban was lifted on November 9.

"Since July, I’ve been on a full media ban, so I’m not allowed to take phone calls from media, I’m not allowed to answer any questions, I’m not even meant to talk to people on the street about what’s going on at the moment," he told host Megan Pustetto.

He also explained that it was his first-ever interview he's done without a Channel 10 representative since appearing on The Bachelorette.

"This is the first time I can go rogue," he said, before delivering a whole bunch of goss.

One of the first topics Jamie discussed was the attention he receives when out in public.

"I walked into a bar the other day in Brisbane and it took me 40 minutes to get from the front door to the booth I booked," he said. "[People kept stopping me for] photos, questions, talked to their nana on the phone. It’s always the nanas that they make me talk to."

He went on to say he's reached out to Nick Cummins (aka the Honey Badger) for advice.

"I reached out to Nick Cummins for advice and he’s currently helping me deal with some of these social issues I’m having," he said. "The Honey Badger is going to ring me in a couple of days and we’re going to chat about it. He’s someone that can help me through this process."

Jamie also discussed his "bad edit" on The Bachelorette and how he's "trying to play catch up with the public" since the show.

Speaking of The Bachelorette, it turns out it wasn't the only dating show Jamie applied for. In fact, former MAFS contestant Dean Wells suggested Jamie should sign up for the Channel Nine dating show as well.

"I applied for Married At First Sight and The Bachelorette, and we were joking about it saying, 'Imagine if I got on both?'" he said, before explaining that he got through for both but chose The Bachelorette.

Listen to The Spill, Mamamia's daily entertainment podcast. In this episode, co-hosts Kee Reece and Laura Brodnik chat about The Crown's, Emma Corrin, who appeared on the digital cover of UK Glamour, with her armpit hair proudly on display.  Post continues below.

2. Scott Disick is dating a 19-year-old, because of course he is.

If you're struggling to keep up with Scott Disick's love life, you're not alone.

After an on-again-and-off-again relationship with Sofia Richie, the 37-year-old is now dating 19-year-old model Amelia Hamlin.

But it seems Hamlin's parents, actors Lisa Rinna and Harry Hamlin (from The Real Housewives of Beverly Hills), aren't exactly happy about it.

A source told E! News that the couple believe the romance "is just a phase" and were sad to hear about Hamlin's split from her ex-boyfriend Mercer Wiederhorn.

"Harry and Lisa were sad to see Amelia and Mercer Wiederhorn split because they loved Mercer," a source supposedly told the publication. "He was like family, but they understand."

Disick was previously dating Richie for three years, before they reportedly split in August this year.

A whole bunch of Grey's Anatomy beef is back and playing out in the public eye.

It all started rather abruptly when Isaiah Washington, AKA Dr. Preston Burke, tweeted a picture of ex-co-star Katherine Heigl yesterday, writing:

"This woman once proclaimed that I should 'never' be allowed to speak publicly again. The world agreed with her proclamation back then and protested for my job and my head in 65 languages. I wish I was on Twitter in 2007, because I will NEVER stop exercising my free speech."

But Heigl wasn't the only target.

He also called out Chandra Wilson, who to this day plays Dr. Miranda Bailey on the show, when a fan defended Heigl.

“Your opinions are your own, but you are a fool, a liberal and misguided feminist to even try and defend this woman,” he said.

“You weren’t there, so die on this hill, whoever you are. She could have cared less about her gay friend. Chandra Wilson knows all about that too.”

What Washington is referring to is unclear, given it's been over 13 years since they were all a part of the same cast, but we're intrigued, nonetheless.

4. Dolly Parton donated $1 million to help fund a coronavirus vaccine because she is a legitimate queen.

As if we needed another reason to love Dolly Parton, the singer/songwriter donated $1 million to help fund a coronavirus vaccine that is sitting at a 95% success rate, and we just may be getting it a little quicker thanks to her contribution.

Fact-checking this was worth it just to see @DollyParton in the acknowledgments of a @NEJM article. And I thought I couldn’t love her more. https://t.co/S3njHEFcGT pic.twitter.com/WcrFIrHp67

Yes, the 'Dolly Parton COVID-19 research fund' were one of the major donors in the Vanderbilt Institute for Infection, Immunology and Inflammation's vaccine research, and it came about when Parton was advised by a close friend in the medical field that there were "some exciting advancements".

"My longtime friend Dr Naji Abumrad, who’s been involved in research at Vanderbilt for many years, informed me that they were making some exciting advancements towards that research of the coronavirus for a cure," Parton said on Instagram in April.

"I am making a donation of $1 million to Vanderbilt towards that research and to encourage people that can afford it to make donations."

5. A dress, a magazine cover and an internet storm: Why everyone is talking about Harry Styles.

Last week, Harry Styles made history as the first solo male cover star of US Vogue. 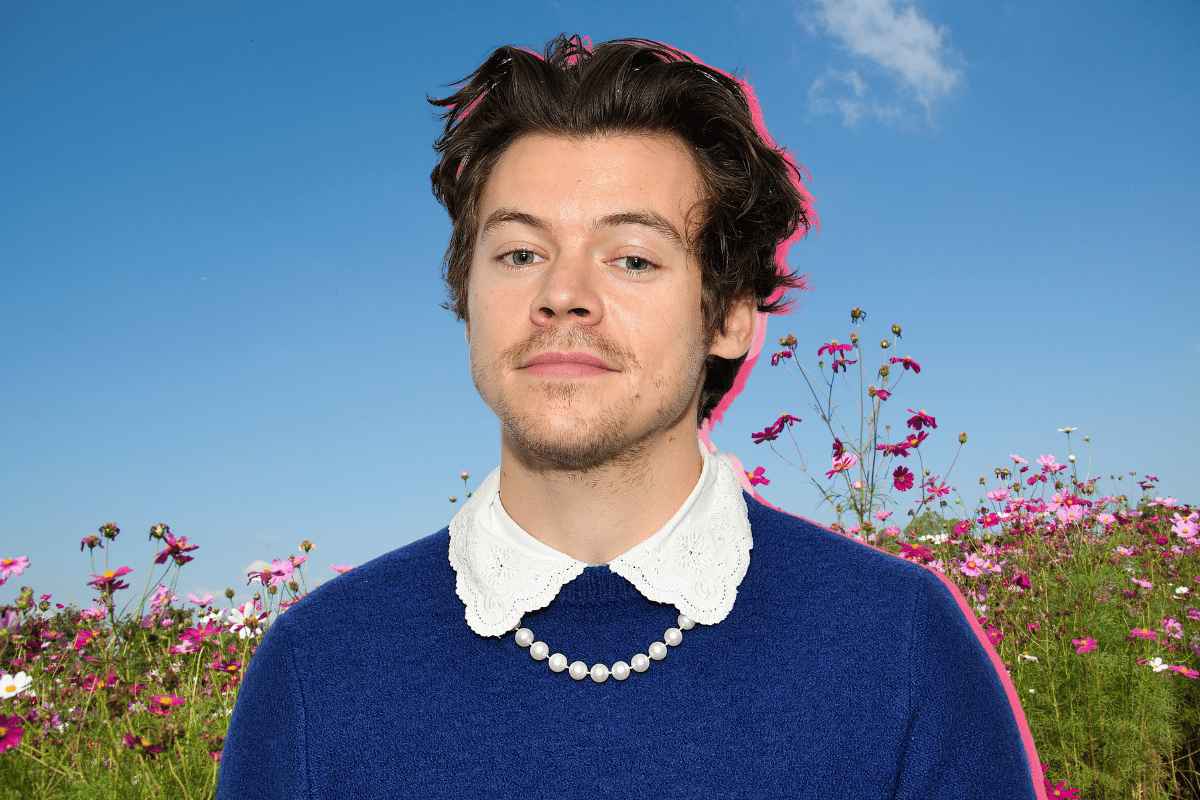 To fans, or anyone who remembers his 2019 Met Gala ensemble, this was hardly surprising. Styles has played around with clothing and accessories traditionally worn by women for years now. He regularly paints his nails, carries purses and has spoken multiple times about how he enjoys exploring fashion without inhibition.

In an accompanying interview, Styles told Vogue there was "so much joy to be had in playing with clothes".

"I'll go in shops sometimes, and I just find myself looking at the women's clothes thinking they're amazing. It's like anything – anytime you're putting barriers up in your own life, you're just limiting yourself."

Within the feature were other images of Styles, in pussy-bow shirts, kilts and skirts.

Mostly, it was met with adoration and praise from Styles' fans, other celebrities and even one of his former bandmates (more on that later).

But before long, a series of American conservative commentators emerged with their views. And that's when it all kicked off.