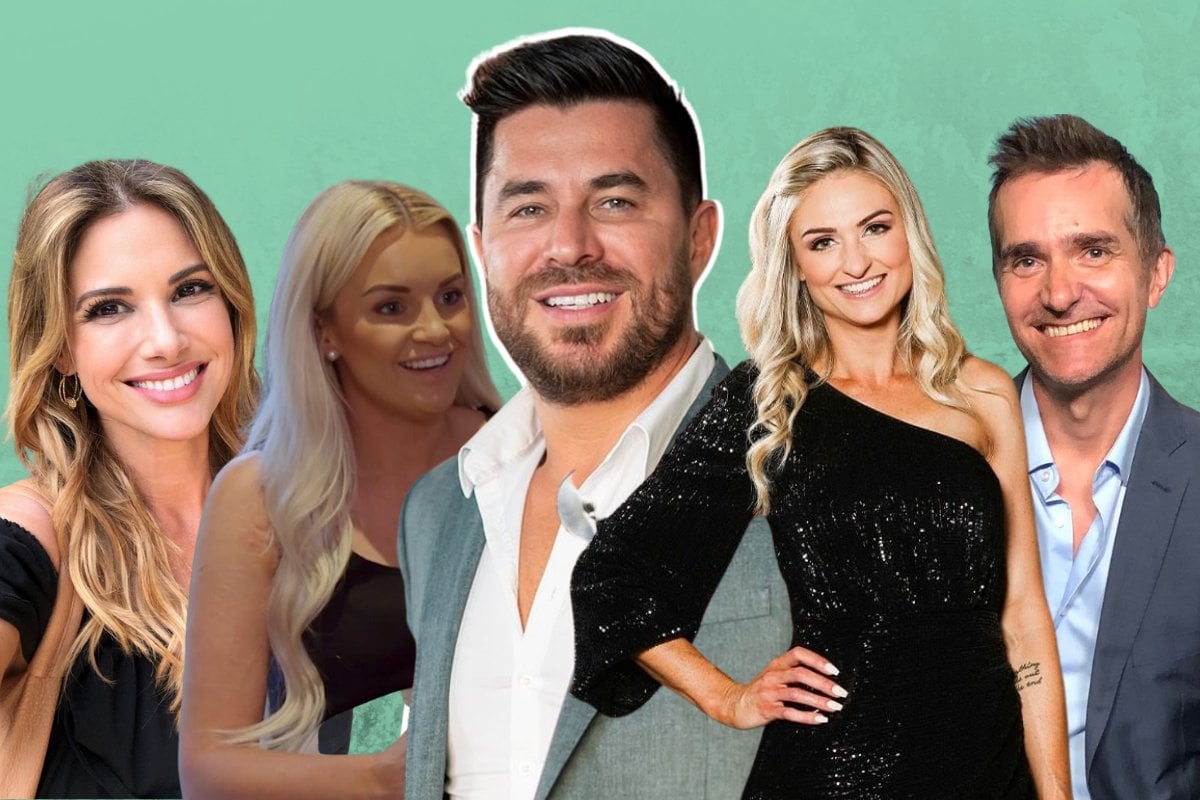 The trailer for this week's commitment ceremony on Married At First Sight is... intense.

We got a glimpse of Coco and Cameron's cheating scandal, Bryce and Sam's continued beef, and a few relationship breakdowns.

But the most surprising moment from the trailer was undoubtedly James' confession.

"I think I'm just going to come clean and say something to you. I'm in love with another woman," James said in the trailer.

When Joanne asked James if it was another woman in the experiment, he nodded.

For many viewers, James' confession came as a complete surprise.

So, we decided to attempt to answer the question on everyone's lips: Who does James declare his love for?

Here are our theories:

A woman on the "outside".

It seems many MAFS fans believe James has a girlfriend on the 'outside' of the experiment.

We already know that James has an ex-wife who he still remains close friends with.

"We're best friends, we really are. But we just grew apart over the years. Three kids makes a lot of strain in a relationship, and we've got twins as well," he told 9Now.

It's important to note, however, that this theory falls through when we watch back the trailer. In the teaser, James claimed that his love interest is "in the experiment".

Could he have slipped up? Potentially.

So we're keeping this one in, for insurance.

After Samantha's husband, Cameron, started an affair with Coco, fans quickly speculated at a potential relationship between Samantha and James.

It wouldn't be the first time that there was a full couple swap in the show's history. Plus, Samantha seems interested in finding a guy that really appreciates her for her.

Is it likely? Probably not. But we do agree, these two could've been great together!

One ambitious viewer has the theory that James will confess that he's really in love with... his wife, Jo.

"Am I the only one who thinks James will say he’s in love with Jo – but like the happy, bubbly 'into-him' Jo?" she wrote.

"Sometimes she acts like she’s really into him, and other times she’s a bit cold on him. I think he’ll say he’s in love with the Jo that’s into him."

Now, we'd love this theory to run true, but we've got a good feeling that MAFS editing wouldn't clickbait us that hard.

On to the next (absolutely bizarre) theory.

There are rumours that James could be confessing his love for an expert. So, is there a chance that it could be John Aiken?

Yes, it's a long bow to draw, but it sounds like a MAFS producer's dream, right?

How likely is this? Not at all. In fact, James specifically says: "I'm in love with another woman."

But producers, tell me that's less juicy than whatever you've got planned and if you can't, hire me.

There's plenty more where that came from.

Another popular theory is that James will be confessing his love to Married At First Sight's newest 'intimacy' expert, Alessandra Rampolla.

Rumours have been circulating for weeks that one of the grooms attempts to leave their wife for the expert, who very promptly shuts his proposal down as "completely disrespectful", and we think it's about time this plot line comes in.

"He always expected to be matched with someone more on his level in terms of status, career and wealth – and the person closest to his level is Alessandra," an anonymous source told New Idea a few weeks ago.

"Joanne is a single mum trying to support three kids off a hairdresser’s wage, that shops at Kmart, and he’s a multimillionaire – it was always going to be difficult."

You know, I do think it'll be a little more difficult for James to make it work with his intimacy coach, but shoot your shot I guess.

Married At First Sight returns on Channel Nine on Sunday night at 7pm.