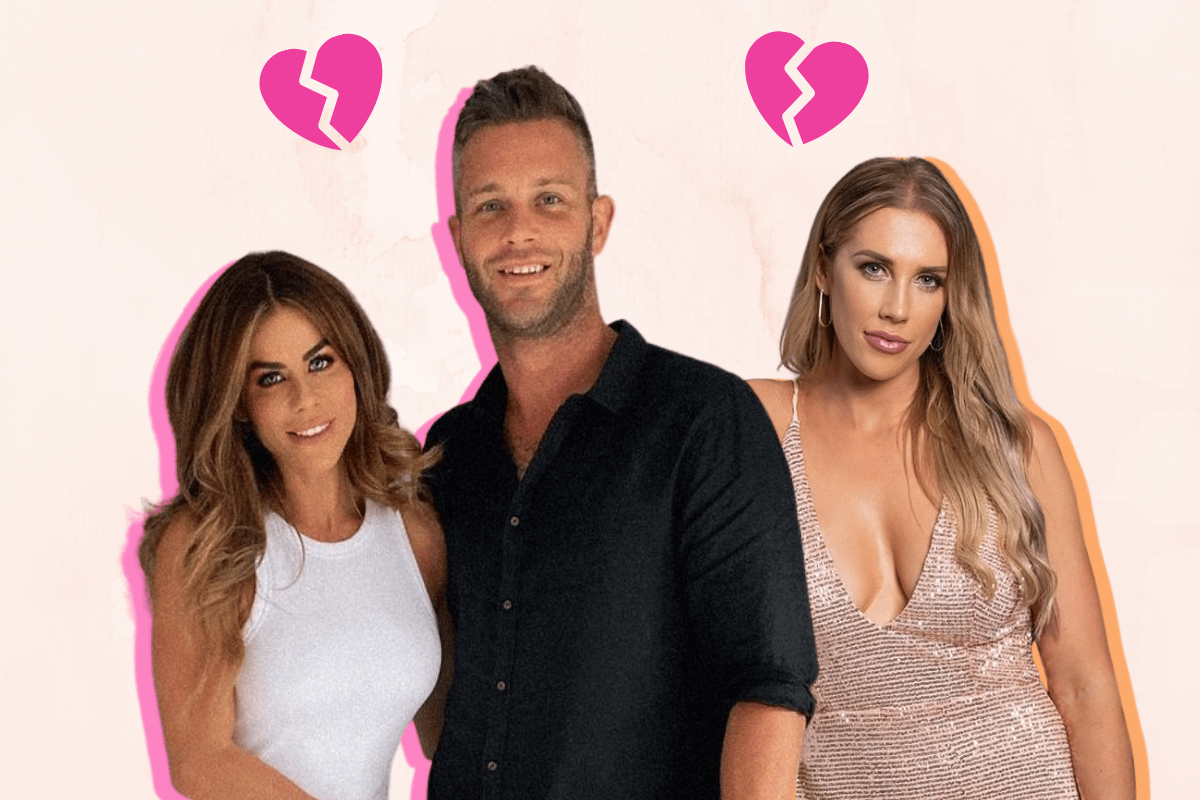 Grab your wineglasses and pull up a chair, because some serious drama involving Sophie Guidolin and Jake Edwards has been going down. And we need to fill you in ASAP.

Yes, we know what you're thinking MAFS is over, but after Sophie announced her split from Jake over the weekend, a whole saga has been playing out on Instagram.

And Sophie isn't the only one who's had some things to say.

Both Jake's friend Mel Grieg and his former MAFS bride Beck Zemek have shared their not-so-private thoughts on Instagram.

Alright, let's start at the very beginning, shall we?

After MAFS wrapped up, Jake went public with his new girlfriend and Instagram influencer Sophie Guidolin.

It wasn't exactly a surprise considering the pair had been dropping approximately 5000 hints about their relationship well before the show ended.

And by the looks of their Instagram accounts, the pair seemed to be pretty happy together.

That was until this weekend, when Sophie Guidolin shared that her and Jake split in the comment section of one of her Instagram posts.

In a screenshot obtained by the So Dramatic! podcast, Sophie responded to a fan who asked if her and Jake were still together.

"No, his values and character certainly do not align with my own and I wish him all the best to get the help he needs," she replied.

Sophie has since scrubbed all photos of Jake from her social media and stopped following him.

Jake, on the other hand, is still following Sophie and has kept photos of the pair up (for now).

He also has a more permanent reminder of their relationship, after getting a tattoo of Sophie's name on his hip.

According the 9Now, Jake spoke about the tattoo, which was apparently a gift for Sophie's 32nd birthday, on a now-deleted episode of Sophie's podcast Flourish & Fulfilled.

"For me, it wasn't an issue at all," Jake said about getting the tattoo on the podcast, according to the publication. 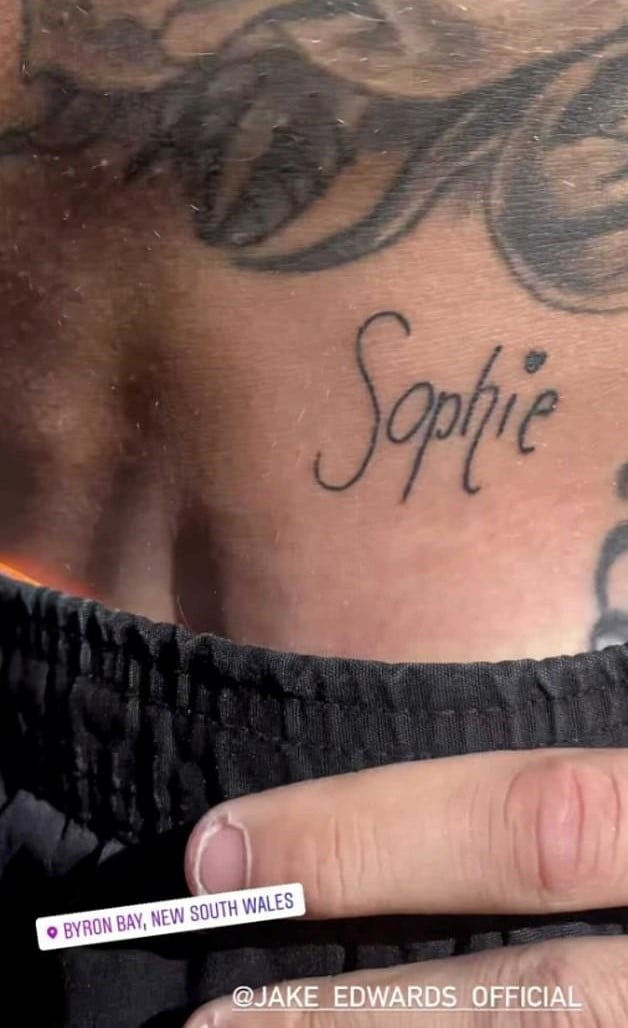 After Sophie announced the breakup on Instagram, one of Jake's close friends and radio host, Mel Grieg, came to his defence and had a few things to say.

And by a few things to say, we mean she spilled some pipping hot tea about why the pair actually broke up.

"Sophie is not comfortable with Jake and I being friends and being in contact," Mel wrote on Instagram, which was shared by the So Dramatic! podcast.

"Sophie felt uncomfortable with our friendship and felt that Jake was crossing boundaries and being disrespectful by being my friend and that played a big part in the breakup," she added.

"Jake won't be happy with me sharing this (sorry Jake) but I'm actually sick of seeing my friend smashed."

Then came the twist.

Shortly after making the comments, Mel shared that she spoke to Sophie and found out there was actually a "bigger issue at play".

"Sophie has made me aware of other issues which are concerning and I’m just trying to hear both sides of the story first, but out of fairness for Sophie it’s important for me to be transparent where I can be," Mel wrote on Instagram.

And just to add to the saga, Beck shared her thoughts over on her Instagram and revealed that she and Sophie had been in contact with eachother.

"I got an unexpected call last night from someone who needed to confide in me," Beck wrote.

"She has never met me, but we shared a similar experience with someone who we hope we can get the help they need, because although this person hurt us, he deserves support to change his mindset."

Beck went on to share her personal experience being "unhappy" and "trying to chase what I had been told was 'success'".

"However, I did not. As happy and bubbly as I am, on the inside I was so unhappy, I was a people pleaser ensuring everyone around me was satisfied with me. Except me."

She added that she tried to "fill the void" by partying, "chasing these temporary moments to fill happy".

"Then one day I met someone who saw* the pain I was in and guided me to reflect and understand the power of my mind. He pointed out to me that I had not dealt with. I didn’t realise the hate I held upon myself for things out of my control."

"Fast forward to now, I am the happiest I have ever been now!"

"If you’re not where you want to be in life than you are the reason. And the sooner you own that, is the sooner you can start doing something about it. Take time to be you and stop worrying about everyone else, because you matter more," she concluded the post.

The So Dramatic! podcast has since confirmed that Beck's post was in fact about Jake and Sophie.

Consider yourself all caught up.

han a month ago

Reply
Upvote
I care as much about the lives of these strangers as I did before I ever read this story.