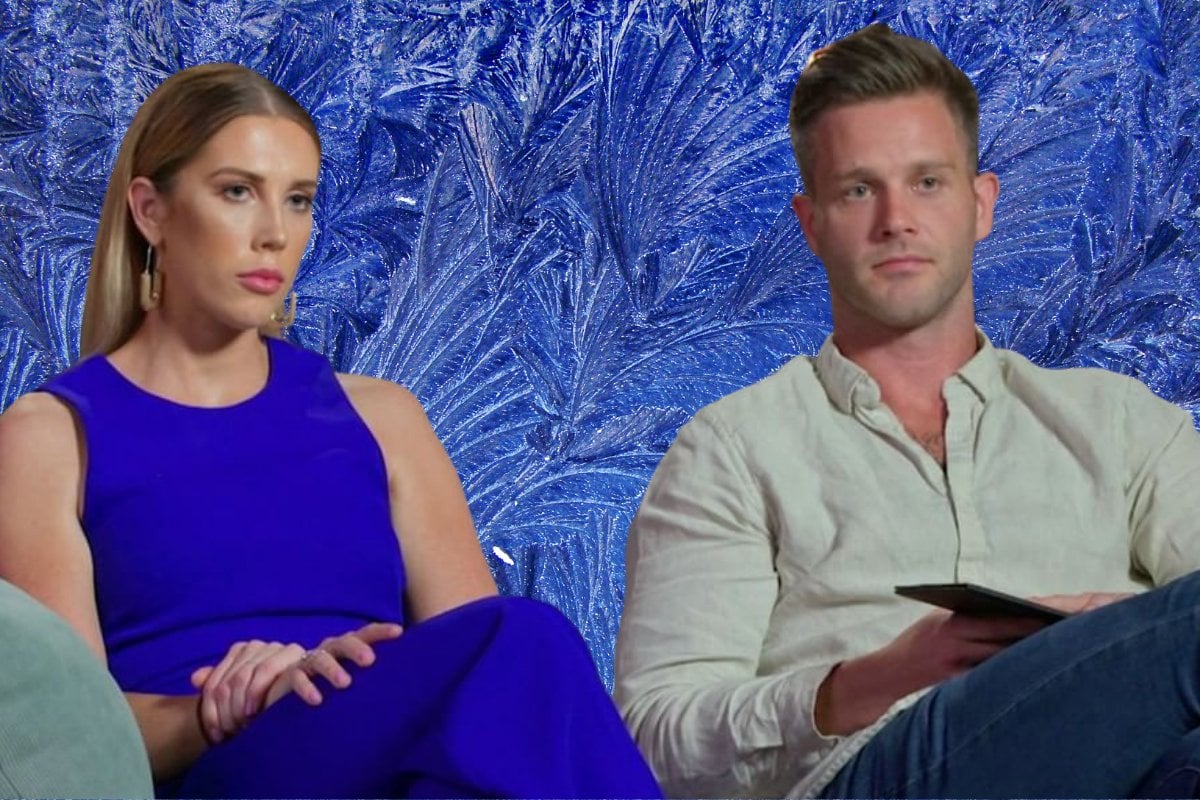 1. Jake just ruined the ending of MAFS with a single Instagram Story.

It looks like Jake Edwards has just given up on pretending he's still with his Married at First Sight wife, Beck Zemek given he sort of just dropped a photo with his new girlfriend on Instagram?

Jake and his alleged girlfriend, influencer, Sophie Guidolin have been hinting at their relationship for the past few days via. subtle Instagram stories.

Here are the clues we've seen so far.

On Monday, Sophie shared a sneaky photo of her cuddled up to an unidentified man's arm, which people have identified as Jake's thanks to the tattoo and green shirt (which he was spotted wearing while filming MAFS last year). 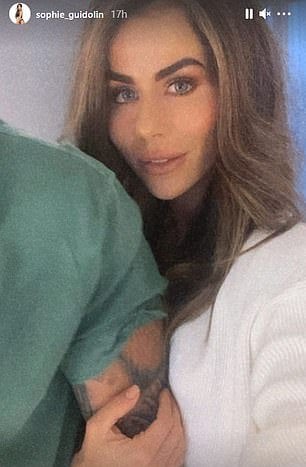 On the same day, she confirmed she was taken in an Instagram story.

Then on Tuesday, she shared a video of Jake (in the flesh), captioning it "birthday swims".

When asked what her favourite birthday present was, she wrote: "I can't say yet, but I will in a couple of days," which we're assuming might be because it's from a secret someone (Jake) that she can't share yet. 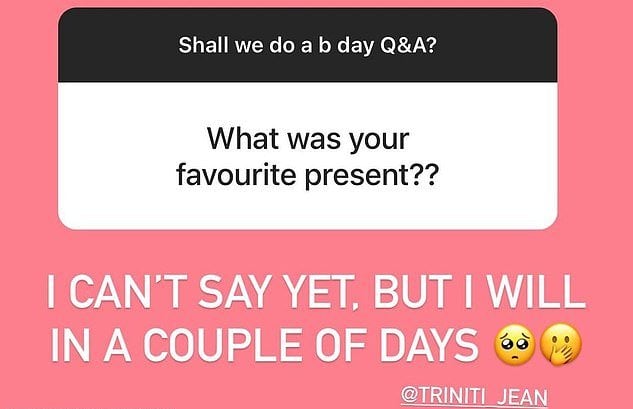 2. Scott Disick tells Kourtney Kardashian that the reason he ended things with Sofia Richie is because of… her.

In the teaser trailer for the final season of Keeping Up With Kardashians, Kourtney Kardashian and her ex, Scott Disick sit down for a chat about how things are going with his new girlfriend, and he reveals that it didn't work out because... of Kourtney.

"I hear you guys are on a break, like how are you doing?" Kourtney asks.

"Yeah I don't know, I think people come into our lives and think its maybe easier than you think..."

"To be with you or to be with me... but its very true that we do come with a lot of baggage and its definitely not easy that we see each work together and are friends.

"When you first get with someone, everyone is like making changes and oh I will do anything because I'm so happy and so in love and so excited but then when it sinks in and it becomes real life it's a lot different," Scott said.

Off camera, he explained that it came down to how much time he spent with Kourtney: "I realise that Sofia has been an absolute trooper but the truth is anybody dating somebody is going to feel neglected when their significant other is spending more time with their ex than with them."

3. Jake and Booka from MAFS share a three-way kiss, and now we’re more confused than ever.

In footage obtained by the Daily Mail, MAFS groom Jake Edwards can be seen sharing a three-way kiss with fellow brides Booka Nile and Beth Moore during a New Year's Eve party in Perth. And we just need a second to process this.

If the video is anything to go by, it seems Booka and Jake's respective marriages don't work out after the show.

In fact, according to the Daily Mail, Booka and her husband Brett split in November and their break-up gets shown on MAFS after homestays.

Jake and his wife Beck apparently made it another week on show before they eventually decided to end things too.

The publication also claims that Beck wasn't too happy when she saw the video on Beth's Instagram Stories, even though her and Jake had supposedly broken up by then.

"Beck was pissed off at Jake more than anything for disrespecting her in front of her friends," a source told the publication.

And just to add more drama (yep there's more), it's believed that the kiss was brought up at the cast reunion, which was filmed last month. So if the rumours are true, it looks like we could have another wild MAFS reunion coming our way.

4. According to these hardcore rumours, Lizzie has been particularly cruel to Seb following their breakup.

In other MAFS news, former contestant Lizzie Sobinoff apparently "ghosted" her ex-boyfriend Seb Guilhaus after they went on a romantic getaway together for her birthday last weekend.

In a recent episode of the So Dramatic! podcast, Seb's friend shared that Seb was looking forward to going away with Lizzie and even thought the pair were going to get back together.

“Seb was telling everyone how excited he was to be going away with Lizzie, he thought it meant she wanted to reunite and get back together. However, since he came back, he’s been so down-trodden and lacking his usual happy-go-lucky spark," they told host Megan Pustetto.

The friend went on to say that "she pretty much ghosted him after the trip and he can’t figure out why" because he was "under the impression they were back on, but it looks like she just used him for presents and a holiday".

"The guy is absolutely shattered," they added.

Seb and Lizzie, who were partnered up on MAFS last year, announced their split on Instagram back in January.

"We have mutually decided to end our relationship as boyfriend and girlfriend. We want to thank everyone for the endless support we have received on our platforms," they wrote on their separate Instagram accounts at the time.

5. The Oscar nominations are the most diverse in history. It's about bloody time.

In response, the Academy of Motion Picture Arts and Sciences - the organisation that votes on the Oscars - aggressively tried to diversify its membership base, but in 2020 - yes, just last year - the awards barely escaped a repeat of those years, thanks to a single non-white acting nomination for Harriet star Cynthia Erivo.

For the first time in the Academy Awards' history, two women - Nomadland's Chloe Zhao and Promising Young Woman's Emerald Fennell - have been nominated in the best director category. Zhao also became the first non-white woman to score a nom.

It took 93 years, but FINALLY, this year is the FIRST TIME EVER more than one woman was nominated for Best Director in the same year.

The 2021 best picture category makes history too, with Minari producer Christina Oh the first Asian woman to be nominated and Judas and the Black Messiah becoming the first film with an all-Black producing team - Shaka King, Charles D. King and Ryan Coogler - to be nominated.

Wanna read more about this year's revolutionary Oscar's? You can read the full article over here.