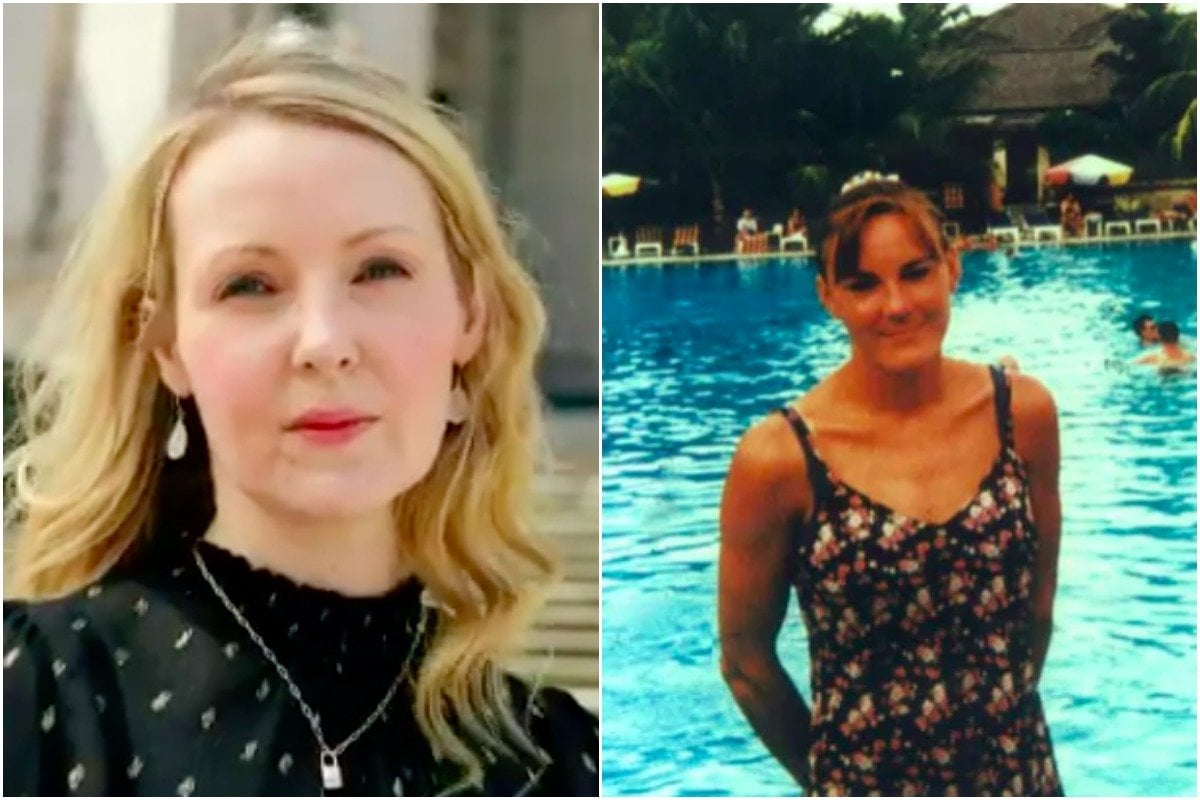 Warning: This post discusses sexual assault and may cause distress for some readers.

Jaime Lee Page grew up with 30 cents hidden under her pillow.

She had saved it from her lunch money and was waiting for the courage to run to the nearby pay phone and call for help.

Every night she'd lie in bed and concoct escape plans. She knew her father was allergic to bees, and she'd dream about catching one and letting it go in the house. Maybe it would bite him and he'd have an allergic reaction? Maybe it would even kill him?

That's how badly she wanted it to stop.

"One night I snuck through the lounge room and I got to the door, but it was dead-bolted shut. That was my dream of ever getting out of there gone," Jaime Lee told Mamamia.

Jaime Lee was first abused by her father David Hodson when she was only eight.

He came into her room one night and asked her if she wanted to play a game. For the next four years she was repeatedly raped and molested until, at age 12, she attempted suicide after a childhood filled with trauma, pain and darkness.

When Jaime Lee was 16, her stepsister Carol - in her 20s by then - found out about what she'd been experiencing. Furious, she went straight to the police station.

Carol had survived a childhood being abused by her step-father too. 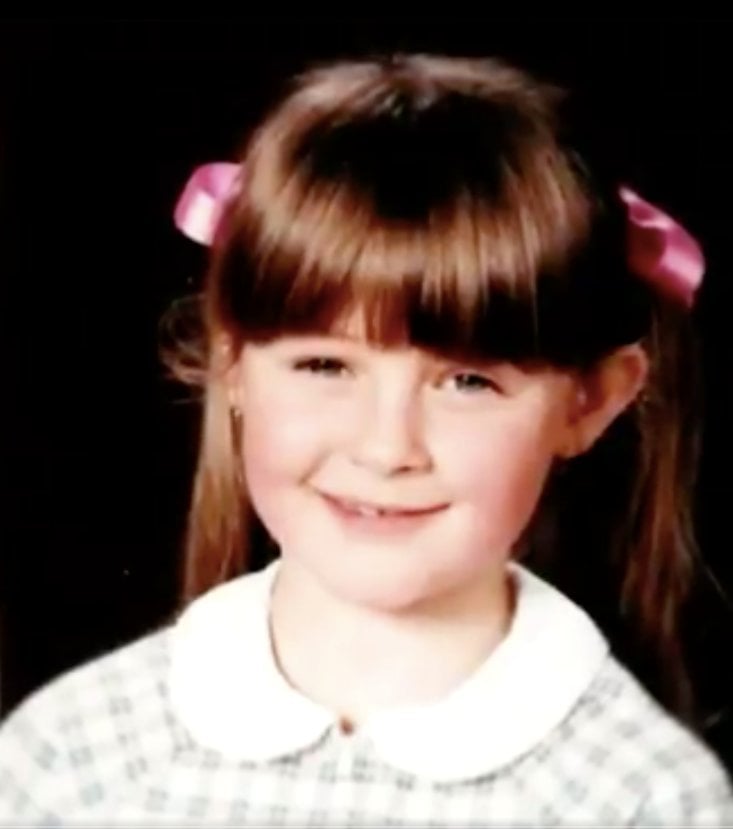 Jaime Lee was abused by her father from the age of eight. Image: Ten.

"She asked me at the time if I would be willing to go to the police as well. But I just couldn't, I wasn't strong enough," said Jaime Lee.

In June 1996, Hodson was charged with rape, gross indecency and bestiality against the family dog, but the charges only infuriated their father and he tracked Carol down using the services of a private investigator.

He shot her three times in broad daylight.

She died at the scene. 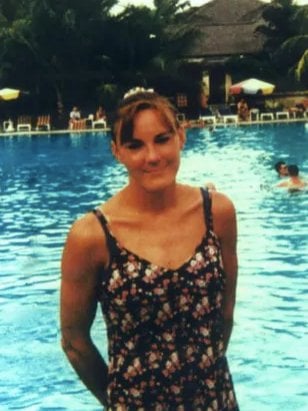 Carol was murdered by David Hodson after she went to police. Image: Jaime Lee Page.

Police dropped the sexual assault charges and instead pursued a single count of murder, locking Hodson away for 24 years.

In 2018, a police officer appeared on Jaime Lee's doorstep to inform her that her father would be getting out on parole the next day.

"From then on the police were going to keep in contact with me," Jaime Lee told Mamamia.

She knew the moment had come where she had to be as brave as Carol and finally tell her story to a court of law. So she spent days giving the police a detailed account of the sexual trauma and terror she'd spent her adulthood trying to move past.

"But I definitely needed to do something. The first thing that came into my mind was my sister doesn't get to come back... why does he get to walk out tomorrow? And that was my main motivation. He was never found guilty for the actual crimes that he should have been found guilty for. It wasn't right to just let him walk free, he hadn't been held accountable for what he did to me and my sister," she said.

That same year, 2018, was Jaime Lee's eldest child's first year of big school. But the now 40-year-old barely remembers any of the memories they made that year as a family of five.

"It was like reliving it all over again giving that statement. It was like all the bad parts robbed the good parts. I couldn't remember any of the good things about that year," she said.

Her father was found guilty in 2019 and sentenced to another nine years behind bars, due for parole in 2022.

It's a date that hangs over her.

"I am so scared. My credit card expires on 04/22, and that is the month and the year that he gets out. Sometimes in my darkest moments I sit there and I wonder, where will I be when he hunts me down and tries to shoot me?" she told Mamamia. "Because that's what I believe [he will do]. I'm in the process now of trying to find the right psychologist in mental health that will help me deal with living life once he is free. Because at the moment I see it as a sentence over my head."

But she's not willing to run. 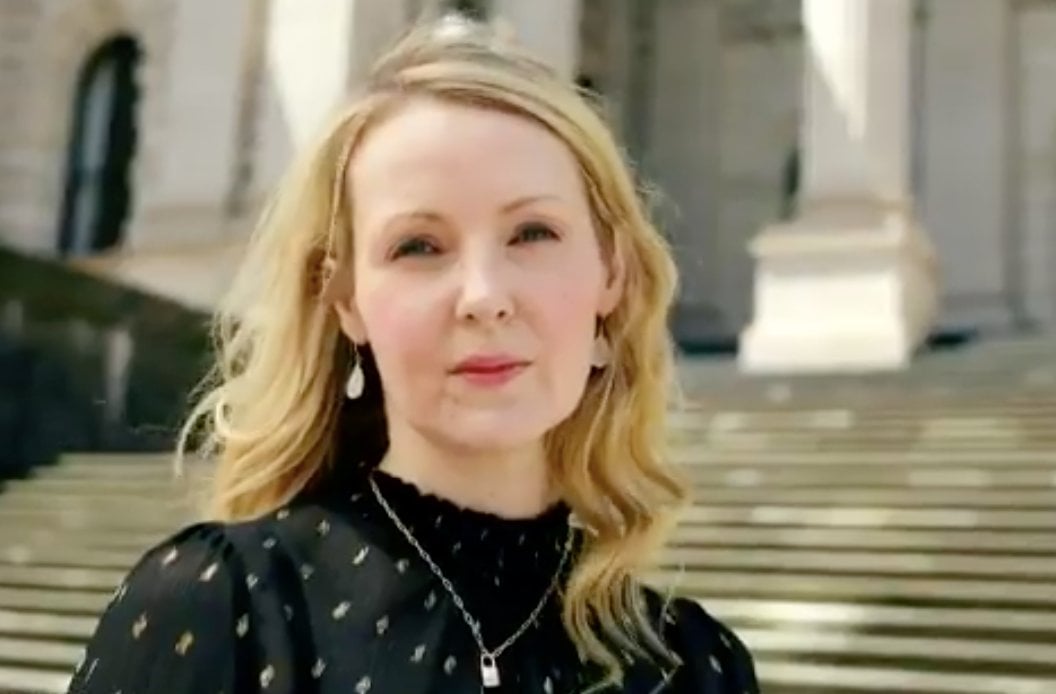 Jaime Lee has been fighting for months to show her face, and use her actual name. Not the pseudonym 'Maggie’ she's been forced to hide behind. Image: Ten.

"I've lived enough of my life under his thumb. He ruined a fair big chunk of my life, and I've only just been getting it back since I became a mother. I haven't had enough good years of my life to even think about going into hiding. And I think that's why I'm wanting to come forward and speak publicly because in some way, I feel that would buy my family a little bit of safety. It gives me my power back."

Despite her desire to tell her story, Jaime Lee wasn't legally able to until Tuesday November 18, 2020. For the past eight months she's been fighting a law brought in by the Victorian government in February, gagging her from speaking about her experiences of sexual assault.

The law change had been an attempt to protect sexual assault survivors who didn't want to be identified in media reports about their case, but in doing so, it gagged survivors like Jaime Lee who wanted to speak their truth.

Jaime Lee contacted journalist Nina Funnell (whose article you can read here), who founded the #LetUsSpeak campaign on behalf of survivors which had been fighting similar gag laws in Tasmania and the Northern Territory.

Ever since, the two have been spearheading the push to scrap Victoria's gag laws. On Tuesday, they finally won.

Here is a summary of the new law courtesy of Nina Funnell:

"I'm someone that is my own harshest critic, and I never think that I've done anything good but I am actually really proud of myself. I just feel really good about it."

She isn't thanking the justice system though. Her thanks is directed at Nina and the media organisations that have supported her, as well as the lawyers who have stood up in court for her.

"They are the people that have provided me with justice, not the legal system. They put up nothing but barriers," she said.

Explainer: Victorian sexual assault survivors will now finally be free to tell their own stories.

Jaime Lee's daughter is eight now - the same age Jaime Lee was when she was first molested by her father. Her daughter bares the middle name Carol, a tribute to the aunt who did what she could to look after her little sister.

"Sometimes I look at my daughter and I just want to brush her hair away from her face and say it's okay. But really it's me that I want to say that to... from back when I was a child," Jaime Lee tells Mamamia.

She's been determined to shelter her kids from the storm she's been weathering for years, first with the struggle to get her father put behind bars again, and then with the fight to tell her story out loud.

She wants her kids to believe in Santa until they're an awkward age. And to revel in the innocence of a childhood she never had.

But even though they're too little to understand what's going on, she's been fighting this fight for the other little kids out there who will one day grow up and feel the same desire to tell their truth, and demand their power back.

If you would like to donate to the #LetUsSpeak campaign which is raising money for the legal costs incurred by survivors during this fight, you can find the GoFundMe here.