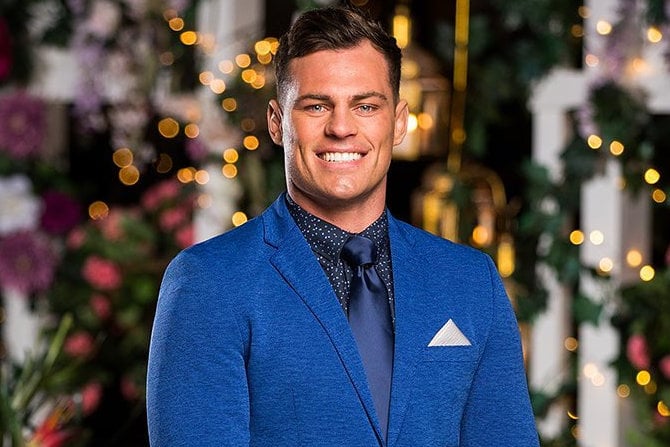 1. According to a new leak, Jackson Garlick is joining the Bachelor in Paradise cast.

Bachelor in Paradise will be returning to our screens in less than two weeks. And it looks like we may know another contestant who will be joining the cast.

According to an Instagram post by a Melbourne-based influencer agency Lucky Connect, former Bachelorette contestant Jackson Garlick will be one of the contestants heading to paradise.

In a now deleted Instagram post, Jackson, who appeared on Angie Kent's season of the show, is pictured sitting alongside Timm Hanly and Jamie Doran, who have already been confirmed as contestants.

The photo was reportedly deleted soon after it was posted. But thanks to the powers of the internet, it still very much exists for us to see.

"Our good friends are returning to our TV screens for @bachelorinparadiseau on July 15th," the caption reads.

The agency even went the extra step to tag Jackson directly. 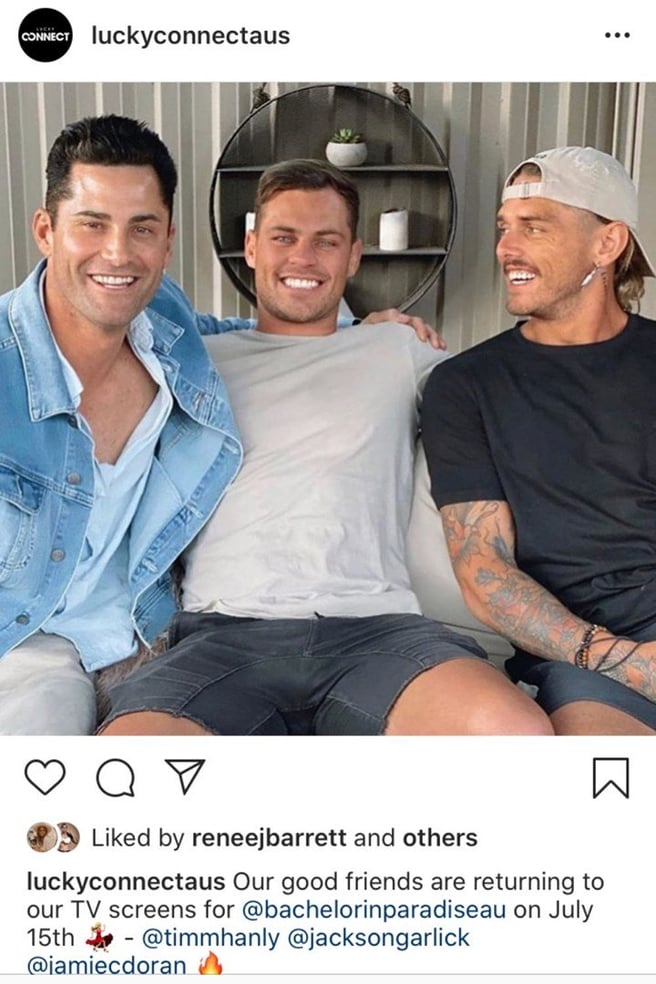 While nothing has been officially confirmed, Jackson did say that he would be open to appearing on a similar show to The Bachelor during an interview with TV Week last year.

"If there is an opportunity to do it again and the timing is right and I’m in the right headspace then I’d be open to giving it a crack," he told the publication.

Ciarran Stott, Abbie Chatfield, Brittany Hockley and Helena Sauzier have all been confirmed as contestants and will be returning to our screens when Bachelor in Paradise airs on July 15 on Channel 10.

2. "It's like a Trump speech." A former MasterChef contestant has criticised Andy Allen's "frustrating" feedback.

Earlier this year, MasterChef fans were introduced to three shiny new judges — Jock, Andy and Melissa. But is seems, there's one judge that hasn't been so well received.

Former contestant Chris Badenoch, who was the seventh person eliminated this season, has criticised the "frustrating" feedback that judge Andy Allen dishes out on the show.

"It’s not feedback, it’s just a collection of words that make no sense," Chris told news.com.au

"He’s commented on things I’ve cooked and when he’s walked away it’s like, 'I have no idea what he said or what he meant.' You almost need subtitles. I don’t get it!"

Category is: I'm back to win #MasterChefAU

The former contestant went on to explain that while Jock and Melissa give insightful feedback, Andy's isn't very constructive.

"It’s like a Trump speech; a whole lot of words that don’t match."

Andy himself is no stranger to the MasterChef kitchen and previously won the show back in 2012 before becoming a judge.

MasterChef continues on Sunday at 7.30pm on Channel 10.

3. Oh. Apparently Khloe Kardashian and Tristan Thompson are "giving their relationship another try".

And before that, the couple were involved in another cheating scandal when Tristan was spotted clubbing the night Khloe went into labour with their daughter, True.

However, the couple apparently want to give it another go.

A few days ago, Khloe celebrated her 36th birthday in true Kardashian style. There were many balloons, personalised face masks, personalised hand sanitiser, and even a jumping castle with her face on it.

Oh, and Tristan even attended.

A source has since told People that the two are "giving their relationship another try."

"Tristan is working hard to prove himself and has been a great dad to True," the source shared.

Tristan even uploaded a photo of himself, Khloe and their daughter True and expressed his gratitude for her.

I’m wise enough now to know, you came into my life to show me just what it means to be an incredible person. I appreciate how I am able to learn from and grow because of you. I thank God for the beautiful and loving woman you are to everyone, especially our daughter True. You deserve the world Koko! True and I love you mama. Happy Birthday @khloekardashian ❤️🥳

Honestly, we don't know how to feel about this...

4. Inside the rumour that Adele is dating British rapper Skepta.

They can almost always identify when a couple has broken up and also, when two people are potentially dating.

Four days ago, Adele uploaded a photo of herself at home, singing along to her 2016 Glastonbury Music Festival performance, which was being broadcast on BBC.

And suddenly, the internet was conviced that they were dating.

Still can’t believe Adele and Skepta are a couple

Still shook about Adele and Skepta. A crossover I never expected but kind of love

But what began as a theory might actually become a reality.

A source spoke to The Sun and shared that the two musicians are hanging out a lot, so a relationship could be a possibility.

"Adele and Skepta have been there for each other a lot after both their relationships split up. They have a close bond and there’s definitely a special connection. They’re spending more and more time together. Some of their friends are hoping and predicting they could end up being a great couple one day," they shared.

In the meantime, we'll keep checking Instagram for updates.

5. "Our values didn't align." Everything we know about The Bachelorette's Angie Kent and Carlin Sterritt's breakup.

Breakups are tough for all of us, without having to worry about how to tell invested fans you have gone your separate ways.

Bachelorette couple Angie Kent and Carlin Sterritt confirmed what fans had suspected for a few weeks now on Wednesday, with Carlin admitting he'd felt "so much fear and anxiety" about addressing their breakup publicly.

Speaking on his Instagram story, the 31-year-old personal trainer said he was thankful for all the positive messages of support he'd received since his earlier message about their breakup. 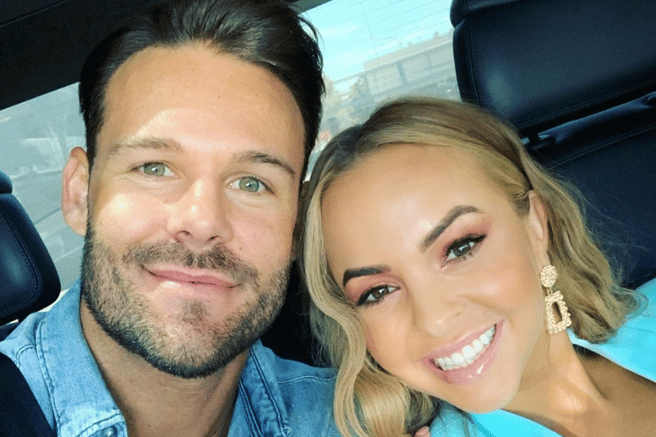 "I just wanted to say thank you to all those people who have had some really lovely things to say," Carlin began.

"Everybody has actually been really kind. I had so much fear and anxiety about coming out about our breakup publicly.

"It was actually quite debilitating each day when I was holding on to that truth. Yes, we have come up with the decision recently but I've just been so scared."

He told fans they should also extend their kindness to Angie.

For more on Angie and Carlin's breakup, read our earlier article here.