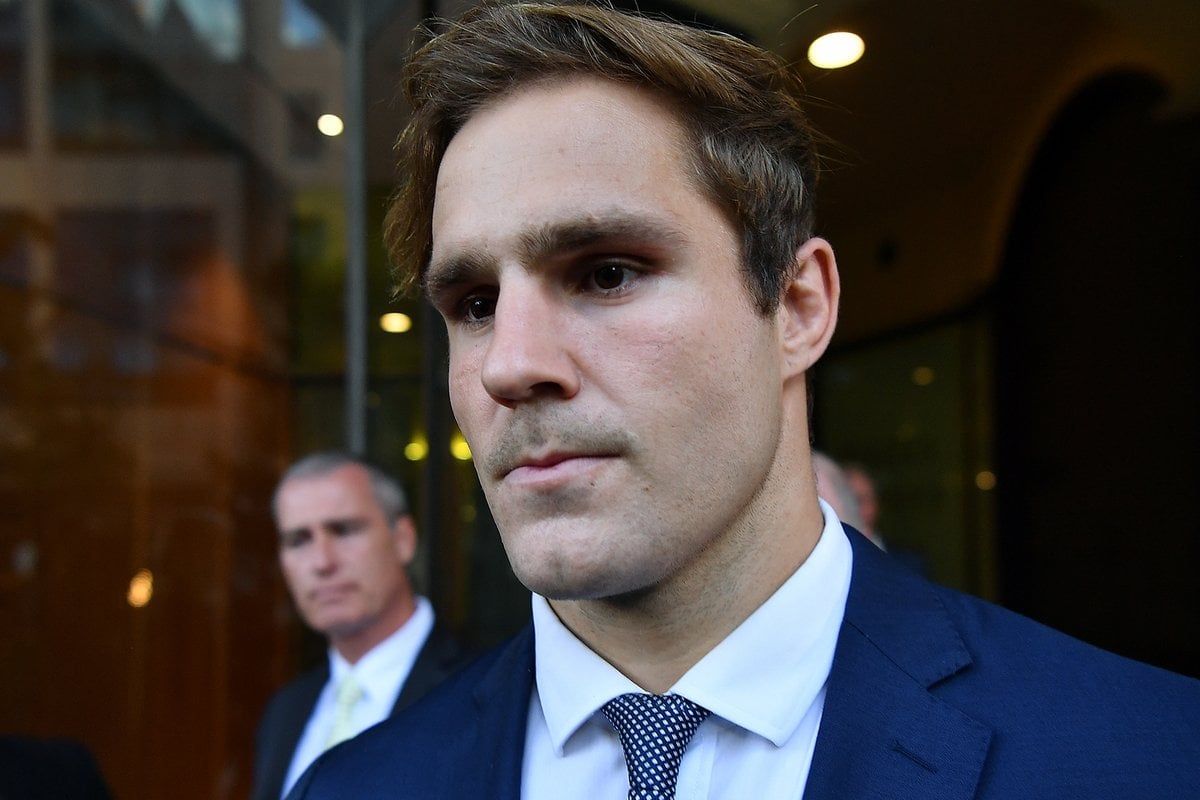 A jury has found NRL footballer Jack de Belin not guilty of one charge of sexually assaulting a 19-year-old woman, but could not agree on five other counts before the court.

Six days after they retired to deliberate, the jury of eight men and four women were dismissed at about 3pm on Monday after they returned hung verdicts to most of the charges facing the 30-year-old St George Illawarra forward and his co-accused Callan Sinclair.

"Definitely not, Your Honour," the jury foreperson replied to a question about unanimous verdicts being reached with further deliberations.

After hearing that and reading each juror was "firm and resolute" in their own verdicts, Judge Nicole Noman on Monday afternoon asked them to consider if any verdicts could be reached 11-to-1. They said no.

De Belin testified the action behind the charge was accidental and he apologised soon after.

This is the second time the pair have faced trial over these rape allegations, and they now face the prospect of a third trial.

De Belin, 30, and Sinclair, 24, each pleaded not guilty to sexually assaulting a woman in a North Wollongong unit in December 2018. 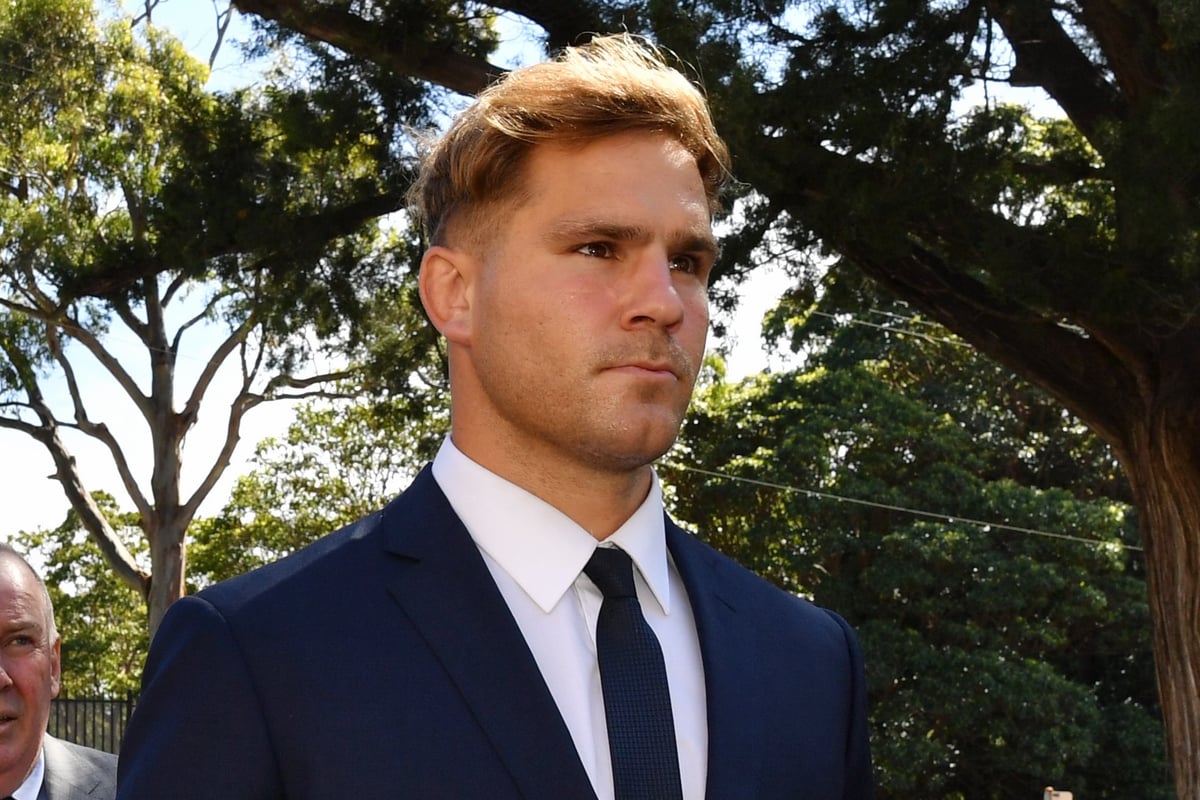 Jack De Belin was found not guilty on one charge of sexual assault. Image: AAP.

Over a 13-day trial, the jury heard that de Belin and Sinclair had both met the woman in Wollongong bar Mr Crown on December 9, 2018. Sinclair and the woman, who knew each other previously, kissed at the bar, with the woman describing it as "pecking" and "nothing serious" in court.

The woman then left the bar with the men and said she thought the trio were going to another club, before de Belin led the group to a North Wollongong unit "to charge his phone".

Inside, the men allegedly sexually assaulted her, ignoring her initial verbal protests before she said she went "dead and numb inside and just let it happen".

The woman said she thought she was going to pass out when de Belin allegedly choked her towards the end.

The men both testified the sexual encounter was consensual, with the woman acting "normal" and appearing to enjoy it.