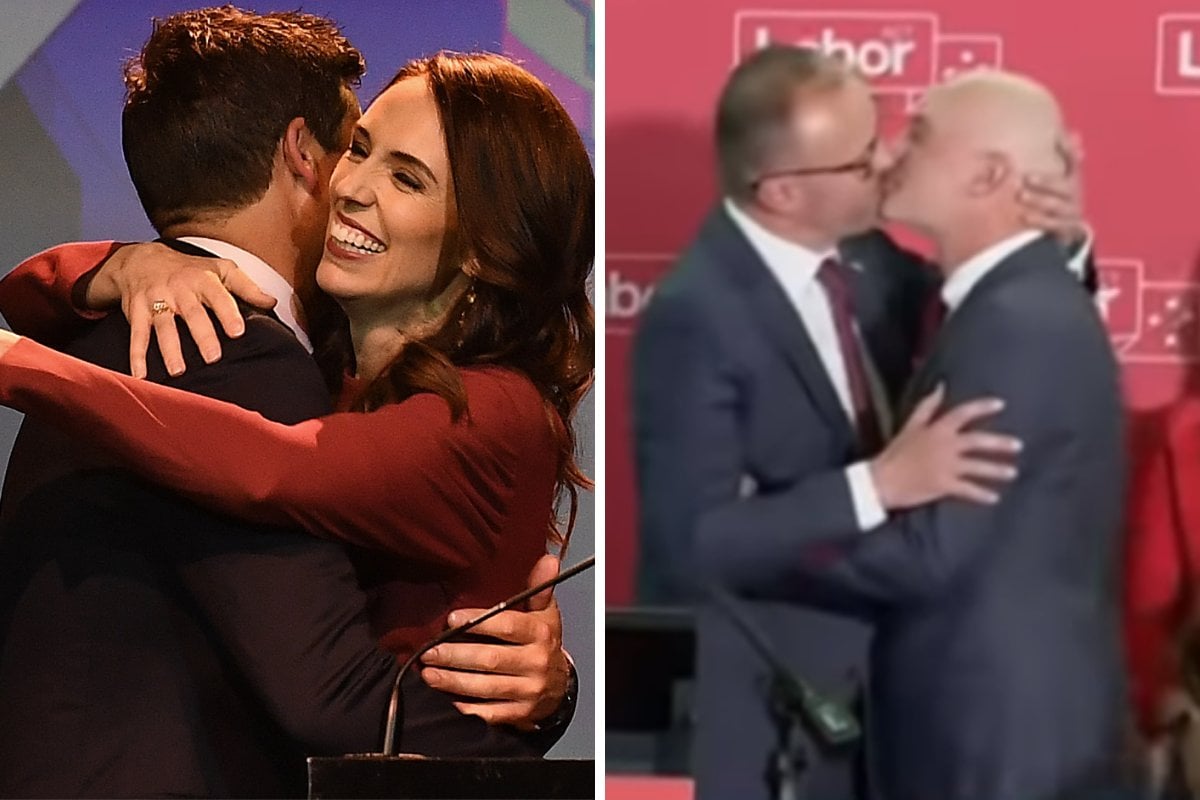 That's the message that's been hammered home in the past seven days, as commentators and journalists and fellow politicians have clamoured to make sense of the fact that one of Australia's most prominent women - a popular and highly-respected state leader - has a more complicated relationship status than anyone imagined.

The woman known to all New South Welshmen and women simply as "Gladys" has been visibly cringing through evidence that the man she had a five(ish)-year "on-off close and personal relationship" with was one of the most corrupt politicians her party has ever uncovered.

And in her defence, the line that's being trotted out is that a woman in power has very little choice when it comes to their marital status.

"I can formally say to people that I've given up on love," Berejiklian told the Daily Telegraph this weekend. “I’m just going to say I have always put my job first, rightly or wrongly, and that will now continue indefinitely.”

Powerful women can't have private lives, apparently. And politicians who want to have a family, need a wife. That's why they're usually straight, middle-aged men with a smiling woman by their side. If that's been the forward-facing example of the typical political leader for hundreds of years, just recently we've been able to add 'The Single Woman' to the almanac, alongside photos of Julia Gillard and Julie Bishop. And Gladys.

She's sacrificed so much, runs the script. You just can't have it all.

This weekend, on both sides of the stormy Tasman Sea, we saw a couple of different models for the private lives of politicians. Neither are newcomers, but their resounding popular-vote victories solidly cemented their positions.

The General Election in New Zealand was a defacto referendum on Jacinda Ardern's leadership. Beloved around the world as a new kind of leader, it's always been suggested that Ardern's actual constituents - 4.8 million Kiwis - weren't so keen. Apparently, that's fake news, as her party won in a historic landslide on Saturday, and the verdict on Jacinda is clear - she's as good as everyone says she is.

That feeling you had as she made her acceptance speech? That was hope.

Not only because Ardern's a different kind of politician - an open, social-media savvy, principled, empathetic, straight-talking kind - but because of her personal circumstances.

Jacinda has a two-year-old daughter, Neve, a baby she famously carried and birthed while being Prime Minister, only the second woman in the world to have ever done so. Neve wasn't up on the stage with mum on Saturday night because generally, Ardern tries to keep her out of the camera's lens as much as is possible, but her modern family was, represented by her partner, Clarke Gayford. 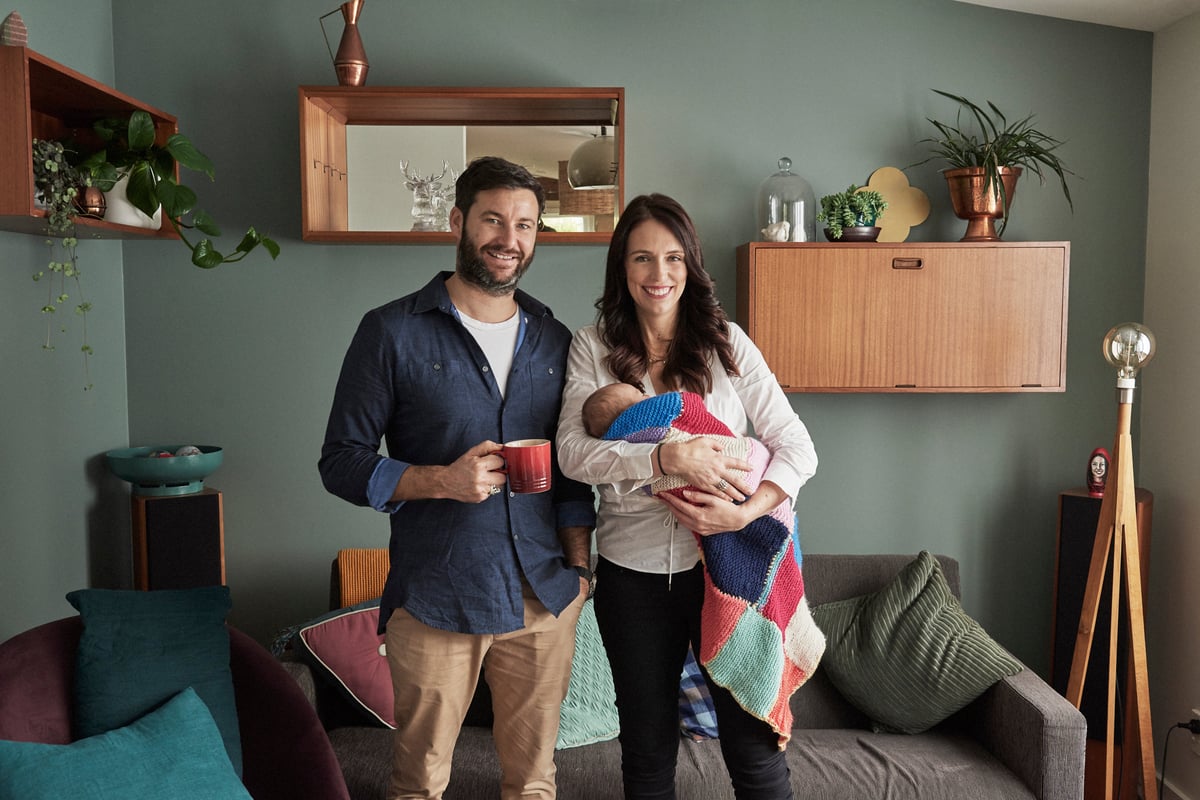 A blokey Kiwi, Gayford is Neve's primary carer and his partner's greatest supporter. On election night, he provided snacks for the waiting reporters outside their home, made (obviously) from fresh fish he caught himself.

Jacinda works bloody hard and bakes wonky birthday cakes for Neve and occasionally posts about parenting fails. She and Clarke aren't married, but got engaged last year. The looks they exchange - up on the stage as she's accepting the biggest swing to Labour in 50 years - are the looks of people who really, really like each other.

It's a private life we're not used to seeing in power, but judging by the world's obsession with all things "Jacinda", it's a model we're pretty comfortable with. 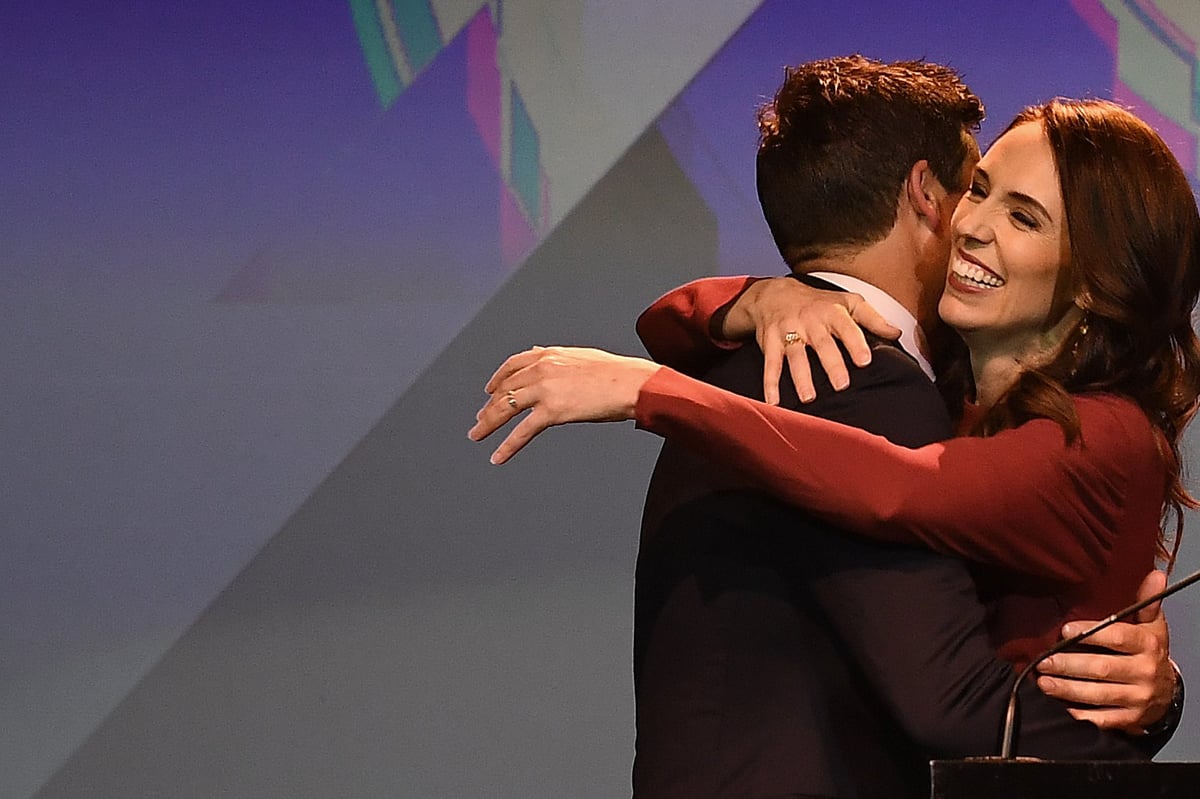 Over in Canberra, another Labour victory and another political family we haven't seen before. Andrew Barr is Australia's first and only LGBTQI+ head of state. He's been the ACT's Chief Minister for six years, but on Saturday night, re-elected in a resounding win, he and his husband Anthony Toms headed up to the stage together hand-in-hand, to the pounding of Lady Gaga's Edge of Glory.

"My husband Anthony. You are my rock," Barr said in his acceptance speech. "My life is so much better since we got married… We met in this city. We’ve been together nearly 21 years and are about to have our first wedding anniversary. Anthony, I love you."

The fact this kiss, this speech, has barely been reported belies its significance. It takes time for well-worn narratives to fade away. But we're seeing it happen, in real time.

Women who didn't have to "sacrifice" a family for a job worthy of their skill, ambition and hard work.

A couple who, only three short years ago, could not have legally referred to each other as 'husband', publicly declaring their love and commitment on a victory stage.

Of course, a leader doesn't need a partner to stand next to on shiny public stages. Domesticity and babies and picket fences and someone to come home to aren't the trappings of happiness for everyone.

But women who have to work twice as hard as their mediocre male counterparts to get to where they deserve to go (Gladys) shouldn't need to apologise or make excuses for their single status.

None of Gladys' predecessors had to pretend they were "married to New South Wales". And nor should she.

I'm looking forward to a day when successful single women aren't viewed with a patronising tinge of pity, when new-mum politicians aren't a novelty and your sexuality has nothing to do with your poll ratings.

We're not there yet, but the examples are expanding, the worn paths are becoming overgrown with increasingly diverse shoots. It looks like we're on our way.

Reply
Upvote
1 upvotes
I totally agree with your point that its time that successful women don't have to have partners. However this article glosses over the main issue that the Premier had a long term secret relationship of some sort with a bloke who is now under investigation and whether she should have declared his financial interests under the Code of Conduct.
<
<deleted> 2 years ago