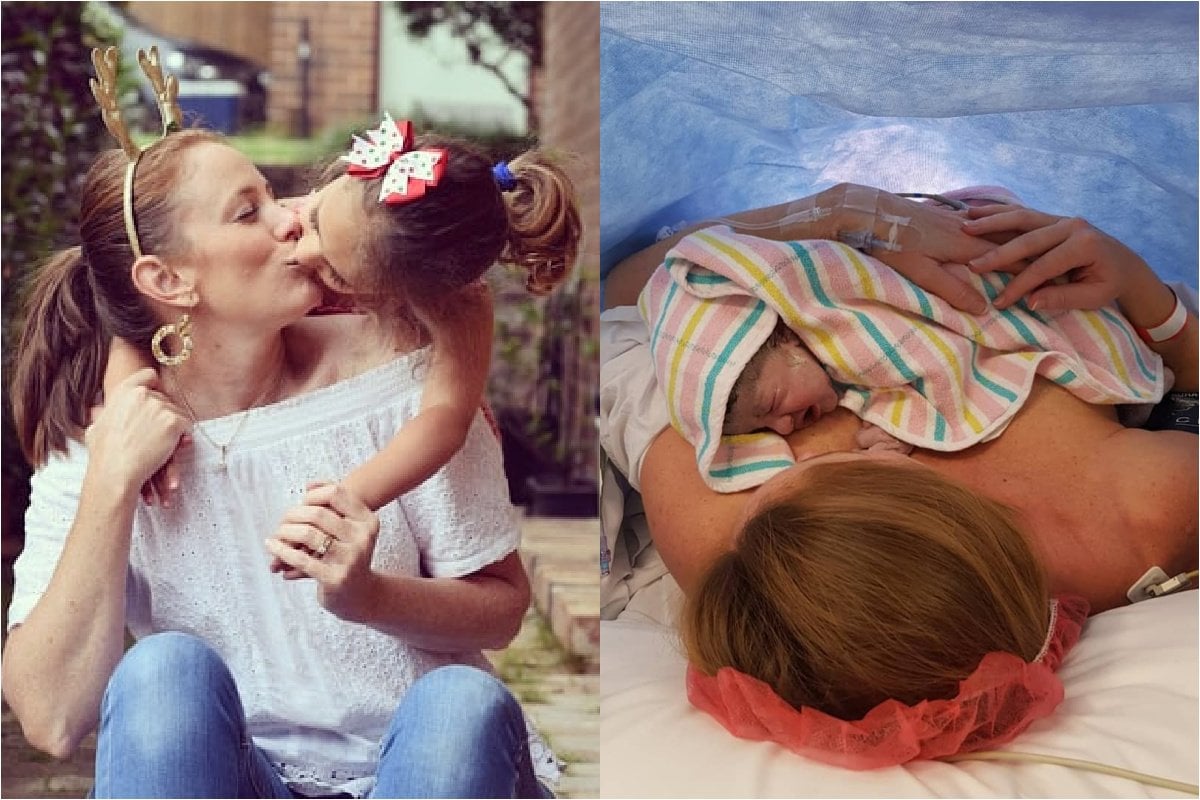 "Take a notepad and pen and write a love letter to yourself," the psychologist told Alice Almeida.

She was at a weekend retreat for women in leadership positions in Bowral in the NSW Southern Highlands.

"Okay. Easy enough," Alice thought to herself, as she wandered off and found a quiet spot.

"I went and sat outside on a bench, and I sat there for an hour and I couldn't write down a single word," she told Mamamia. "I just sobbed, because I was like; I don't love me. I don't love who I have become."

Alice and her husband Sean were two years into their second fertility journey. It had taken three years to conceive their daughter Maya, and they were now in the depths of that familiar cycle of hope followed by crushing disappointment as they attempted to give her a sibling. 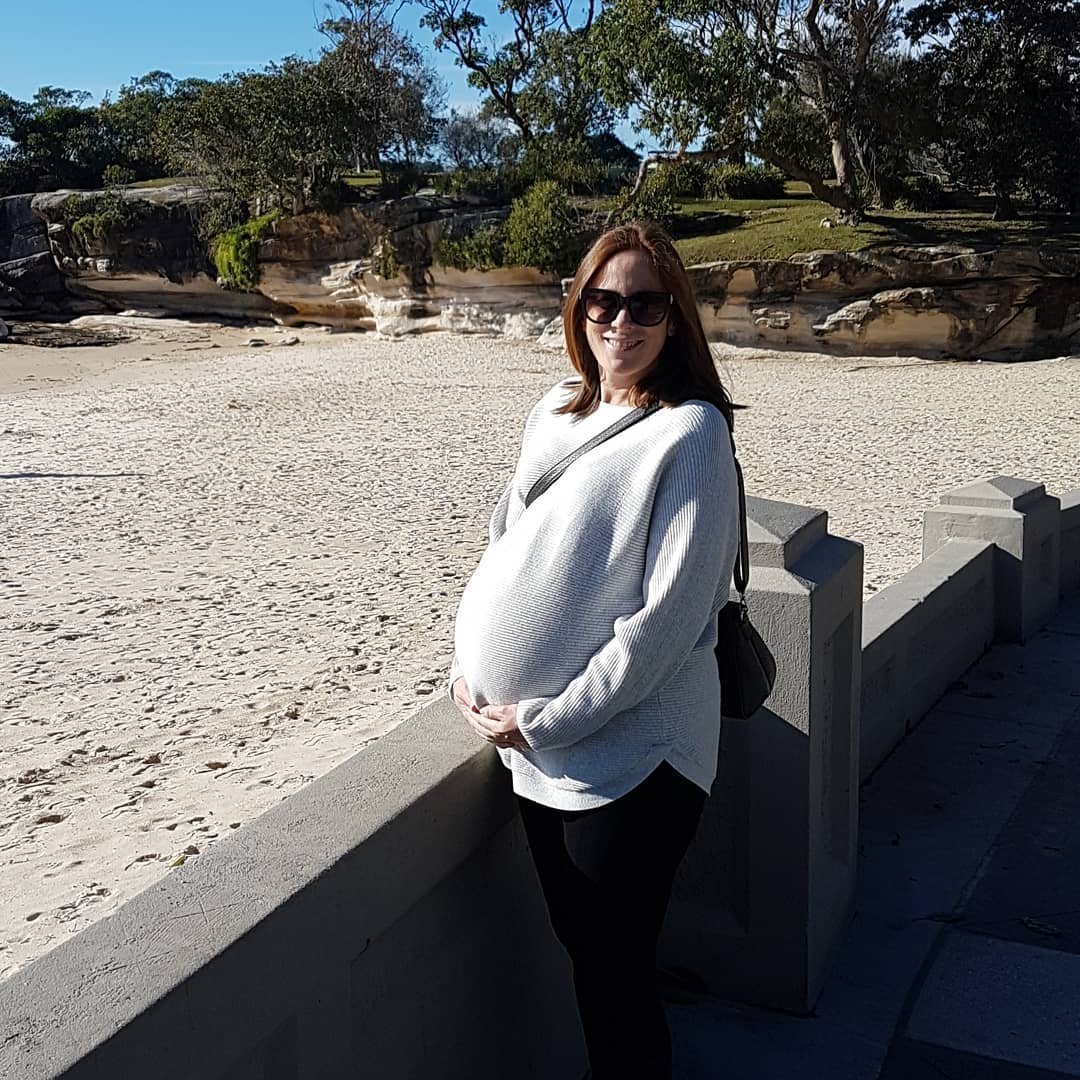 Aged 40, Alice had been told by her doctor that time was running out. She'd had six surgeries in 10 years for her endometriosis and he was reluctant to keep operating on her. But she wasn't ready to give up.

It had taken three failed transfers for Alice's mental health to crumble into a place of deep despair during their first fertility journey. In her darkest moment, she tried to end her marriage.

"I told my husband to leave me," she recalled. "I told him to go and find someone who can give him kids. And, you know, I honestly felt like that. I didn't want the burden of not being able to give him a baby the rest of my life."

The mental burden of IVF is like nothing Alice has ever experienced. Not only did the culmination of crushing blows leave her feeling broken, but she felt like there was nowhere to go to get the support and unbiased information she craved.

"A lot of the stuff you find on the internet is international. But also when you jump on to Google and you search for something, you can end up down an absolute rabbit hole reading stuff which is not at all accurate," she said.

Even though her IVF specialist urged her to stay off Google, Alice found that advice just added to her woes. She wanted to be informed, to ask questions, and to talk to like-minded parents.

"You get like half an hour with your specialist, and then you'd leave and think, damn, I forgot to ask about this or, or I'm feeling really rubbish from the meds, is this normal? At that point I turned to Facebook groups, which I found toxic and rubbish and competitive."

The intrusive thoughts, fears, questions and worries were all-encompassing. And being told to just 'stop Googling' only compounded Alice's feelings of isolation and pain.

"I probably peed on 100 sticks and the majority of them were hidden from my husband. It got to a point where, just for my mental health's sake, I had to stop doing it because it's heartbreaking.

"I think the most heartbreaking thing is, if your period is not consistent and it might be a day or two late...you think you might be pregnant because you build up this hope, and then you see the spotting of your period. Then you get angry at yourself for letting yourself get hopeful..." 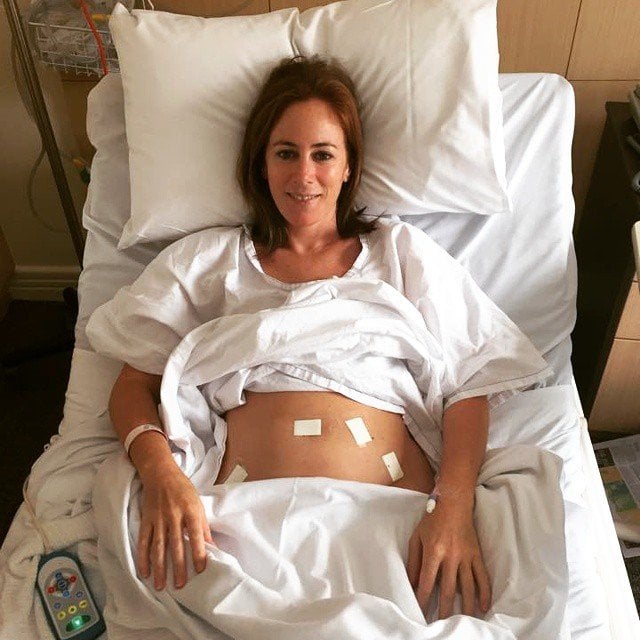 Eventually, IVF gave them Maya. When they dived back in to try for baby number two after her first birthday, it didn't take long for Alice to fall back into the same mental space.

"Last year, my husband and I decided that we would stop doing IVF because I got to a stage where my mental health was not great, and our marriage was starting to be impacted. You know, I started feeling like no one wanted to be around me because I was 'negative Nancy' all the time and I've always been very happy and bubbly. That's when we decided to stop," she told Mamamia.

But the desire for a sibling niggled. It niggled its way into the new year, and it was sitting there in the back of Alice's head at the weekend retreat in the Southern Highlands.

"I just had a moment sitting on that bench trying to write a love letter, where I thought for the last five years I've been saying, 'my problem is infertility,' but in actual fact my problem was I didn't like what infertility had turned me into. And it's a common bit of feedback, because it significantly changes who you are. And if you don't nurture yourself and your mental health, and you don't look after yourself throughout that cycle you come out the other side beaten, battered and bitter. And that's exactly how I came out, and that was kind of the big moment for me," she shared.

Alice is currently 21 weeks pregnant with her second.

She came back from the retreat and went in for her seventh and final surgery. Six more months was the promise. As soon as the clock ticked over on her 41st birthday Alice was prepared to do what had to be done for her health, which likely meant a hysterectomy.

Two weeks later she was pregnant.

Alice doesn't want to give mums false hope. She was given a 0.05 per cent chance of falling pregnant naturally. She still can't quite believe she did.

What she does want to do however, is give mums the mental health support and unbiased information she so desperately craved during her five-year journey.

It's why she built The Amber Network, which launched last week. It's a portal for Australians experiencing infertility or going through IVF to find all the services, support and information they want and need to help them through their journey.

Developed in consultation with psychologists, the network includes a self-care section offering guided yoga, meditation and breathwork, as well as a calendar to monitor appointments, medicine, and emotions, and a community section to meet and chat with other people.

Watch: The Amber Network will be directed by what users want. Post continues after video.

"One of the things that I'm very strict on is protecting the members. I don't capture any online data and I come from a media background, where I work in data research... but I was very strict about not selling or using their data.

"Because when you go through IVF you feel like you are forking out money left, right and centre... you feel like you're being sold to a lot. I wanted it to be a safe destination where people can feel like they are less alone," Alice shared.

"I feel really proud that I'm delivering a platform that is going to benefit so many people," she told Mamamia.

"But I'm also heartbroken that there's so many people that are going to benefit from it, because it just highlights that there is a significant issue out there.

"There's so much stuff in the mental health space, but there's nothing that's really kind of done in the infertility space and that's where, for a lot of women, their mental health takes the biggest battery."

The Amber Network is free to join for the first month, you can find out more about it here.

Sands supports families in all stages of pregnancy loss, stillbirth and newborn death. If you would like to speak with someone, please contact the Sands Australia 24-hour support line on 1300 072 637.