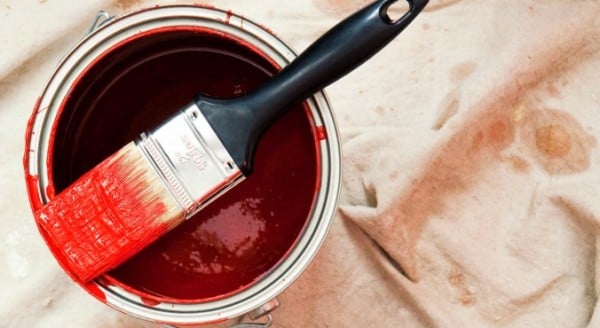 “I think it would be folly to expect that women will ever dominate or even approach equal representation in a large number of areas simply because their aptitudes, abilities, and interests are different for physiological reasons.”

So said Tony Abbott when he was a university student, reflecting the historical view that men’s bodies are the standard from which women’s deviate. As prime minister and minister for women, Mr Abbott refused to say he had changed his opinion.

Given this traditional acceptance of a woman’s body as inferior, when it malfunctions it can produce an acute sense of shame. No wonder then that women often find it embarrassing to deal with problems “down there”.

That coy term exemplifies euphemisms used in our culture to describe women’s bodies and their functions. They deny women the accurate, unambiguous language to communicate about their bodies with confidence.

Women need access to language that is appropriate for different circumstances: formal (in public), anatomically correct (with a doctor), intimate (with a sexual partner), and casual (with friends).

When it comes to menstruation, a girl isn’t supplied with appropriate language for her experience. Girls have long been taught that periods must be spoken of, if at all, in strictest privacy, indirectly, and not to men.

Periods have generated a variety of mundane and vivid euphemisms: “that time of the month”, “on rags”, “aunt Flo visiting” and “painting the garage” are just some of them.

There is an extensive lexicon of derogatory, aggressive, and cute words for female genitals, most of which would be unhelpful and inappropriate in a medical consultation.

Many women use the term “vagina” (the passage between the uterus and external genitals) inaccurately to describe the vulva (the outer genitals). Even Eve Ensler, creator of the Vagina Monologues, failed to use “vulva” when naming her play, despite claiming to free up discussion of women’s genitals.

If you can’t name a body part, how can you seek medical help if something appears to be wrong with it?

A major contributor to healthy discussion is someone who will listen and talk. If women are concerned about a gynaecological symptom, they need a doctor prepared to listen, respond helpfully, and ask the right questions.

Society has a binary view of women, seeing them as either violating or upholding social morality; or in the words of Australian feminist and writer Anne Summers, as “damned whores” or “God’s police”.

Ailments of the vulva or vagina, especially related to infection or discharge, have often been assumed a result of a woman’s (usually promiscuous) sexual activities. One of us interviewed a woman diagnosed with cervical cancer who had asked a nurse how it could have been contracted. The nurse replied, “All I can say is that nuns don’t get it”.

If you grow up absorbing such ideas, it can be difficult to speak about normal functions such as menstruation or to recognise symptoms indicating need for clinical care, without fearing judgement.

It doesn’t help that it’s challenging for a woman to have a close look at her own vulva. Men’s experiences at urinals have no female equivalent, meaning that few women have seen another’s genitals. This leaves them to question whether their own appear “normal” (questions now answered by the Labia Library). (Post continues after gallery.)

Women’s bodies also tend to be defined by their reproductive capacity. In Western cultures at least, women can feel inadequate or like ex-women after menopause. Gynaecologist Robert Wilson once described a woman’s life after menopause as “the horror of this living decay” in which she was “no longer a woman”.

Then there is the powerful narrative that women’s “leaky” bodies require concessions and extra care. In seeking support for women who are pregnant, breastfeeding, or experiencing conditions such as endometriosis, we take the risk of reinforcing the belief women will be a burden to their employers and to men.

When causes are not understood and cures not found, there is a tendency to blame women’s problems on their volatile emotions or their poor psychological state. Until too recently, any cause of infertility not fully understood was described as having a psychological origin.

Men’s bodies have problems, too.

American feminist Gloria Steinem once asked what it would be like if men menstruated. She suggested it would be celebrated and identified as a heroic act, perhaps a subject of pride.

As it stands, women’s sanitary products are taxed as luxury items in Australia. Their purchase can still cause embarrassment, requiring a quick check of the supermarket aisle to make sure nobody is watching.

But it is wise to keep in mind that men’s bodies can also be sources of shame. They can deliver involuntary erections at inopportune moments, grow breasts, be subject to prostate problems, and even arouse disgust when they’re generously donating semen.

Men and women both experience hormonal changes throughout life and both can be troubled by similar problems, such as incontinence.

All bodies need extra care and attention from time to time. We need to find ways to enable informative, helpful conversations about women’s bodies that don’t stigmatise them (as individuals or as a group) and that contribute to their physical and mental health.

Do you feel comfortable discussing your body and its health?